Bond 25: Daniel Craig on his first day of filming in Jamaica

Daniel Craig is back as James Bond, with the first day of filming on the 25th 007 movie beginning in Jamaica on Monday.

The British actor was seen on set, four days after the film’s cast and plot details were unveiled in a live stream at Goldeneye – Ian Fleming’s estate on Oracabessa bay on the northern coastline of Jamaica.

Daniel, 51, was looking as suave as ever for his first day on his last outing as Bond, as he shot scenes alongside co-star Jeffrey Wright, who plays James’ old friend Felix from the CIA, and his younger stunt double.

Bond’s back: Daniel Craig was seen on the Bond 25 set for the first time on Monday, shooting scenes in Jamaica in what will be his last outing as 007

The latest film sees Bond living a tranquil live in Jamaica after leaving active service before Felix turns up asking for help in a mission to rescue a kidnapped scientist.

The mission turns out to be far more treacherous than expected, leading Bond onto the trail of a mysterious villain armed with dangerous new technology.

Daniel and Jeffrey, who starred together in 2006’s Casino Royale, looked in great spirits as the caught up on set while an elaborate action shot was set up.

Dressed in a black shirt, jeans and shades, Daniel was looking as suave as ever, although was sporting a few more grey hairs. 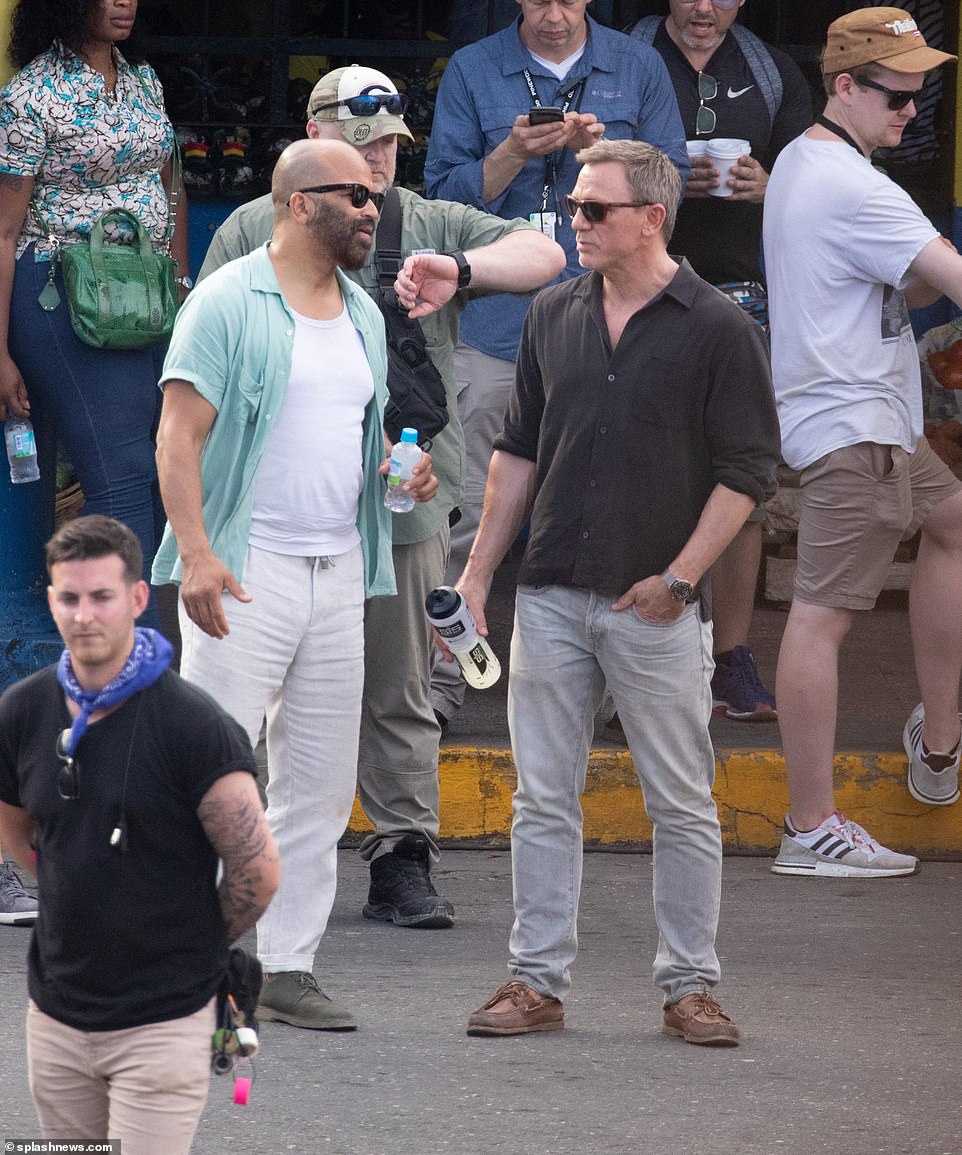 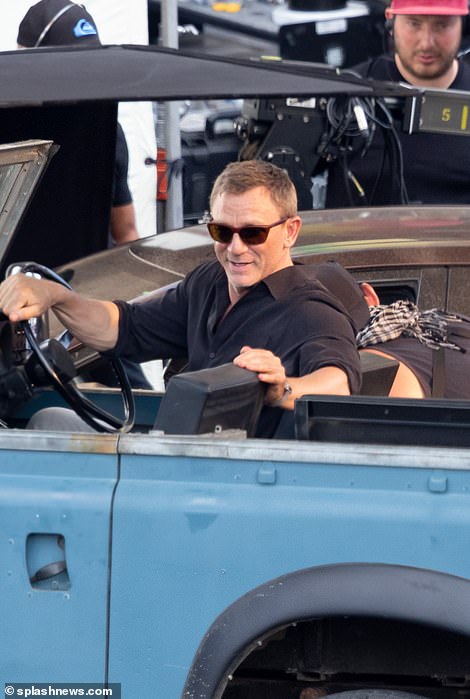 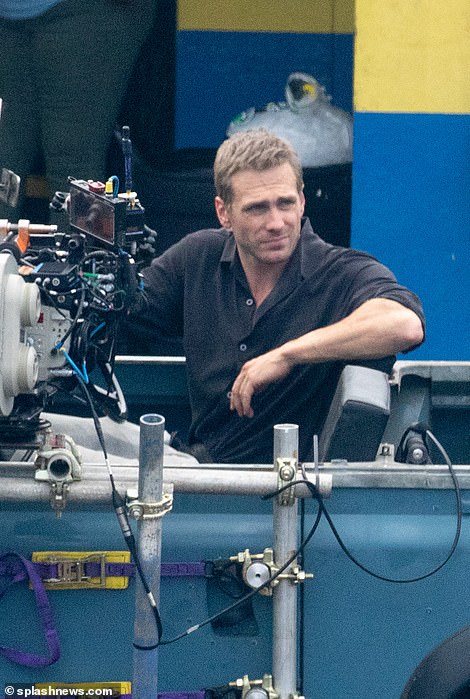 In a sign of his more laid-back life in Jamaica, Bond appears to have swapped his flash Aston Martin for a battered blue Land Rover, with Daniel seen taking the driver’s seat for one shot.

The car was rigged with cameras to capture the drive down a traffic-clogged street, while the actor’s younger stunt double was also seen in the car for some takes.

There was no sign of the recently announced new castmembers on set on Monday. Oscar winner and Bohemian Rhapsody star Rami Malek has been brought on board to play the villain in Bond 25. 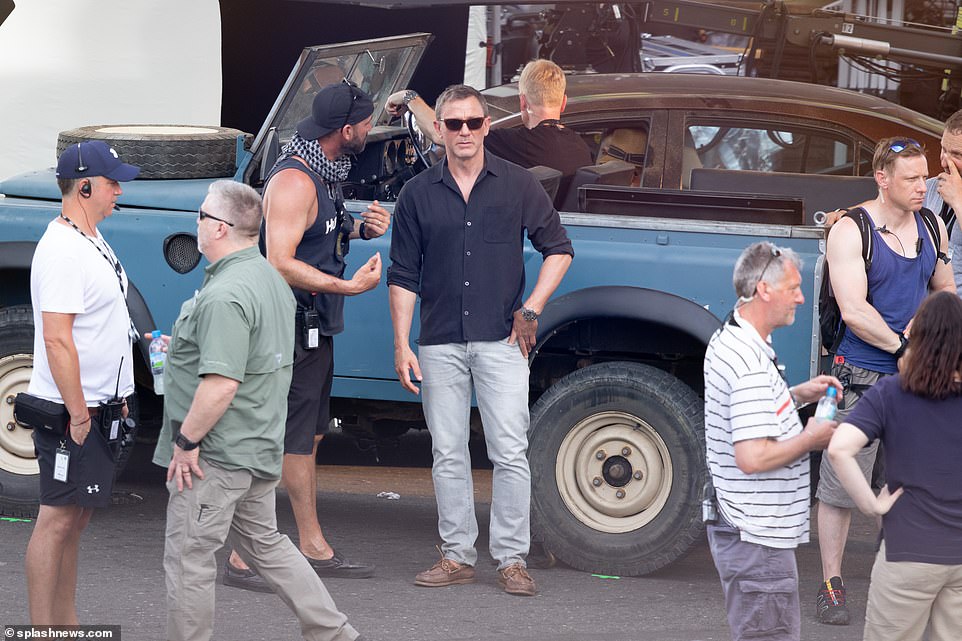 Huge production: The cast and crew took over a small street with a fleet of cars 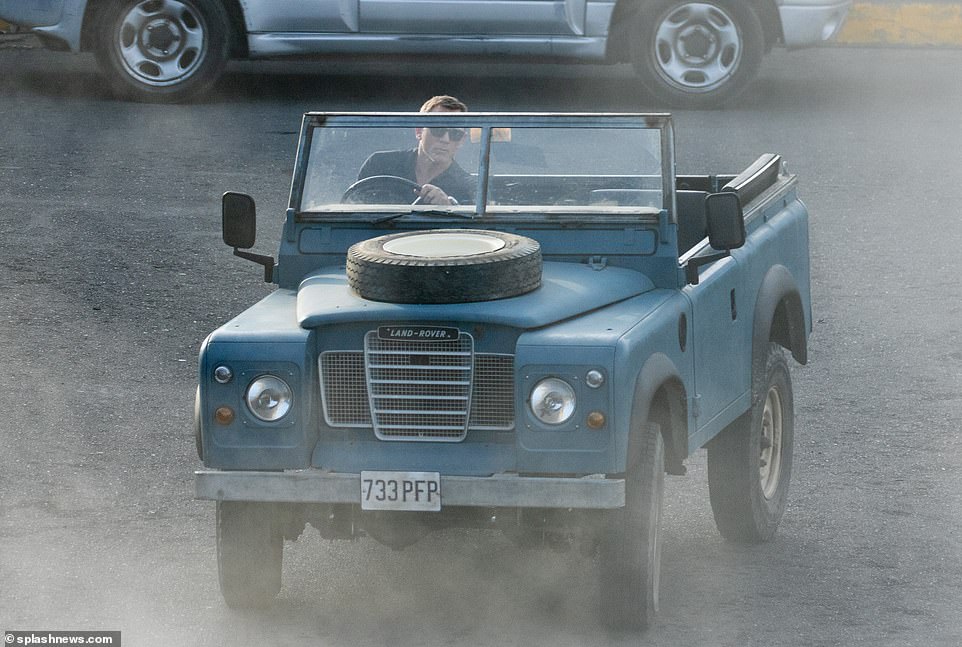 Nice ride: In a sign of his more laid-back life in Jamaica, Bond appears to have swapped his flash Aston Martin for a battered blue Land Rover, with Daniel seen taking the driver’s seat for one shot

Behind the scenes Fleabag star Phoebe Waller-Bridge has been recruited to help pen the script. 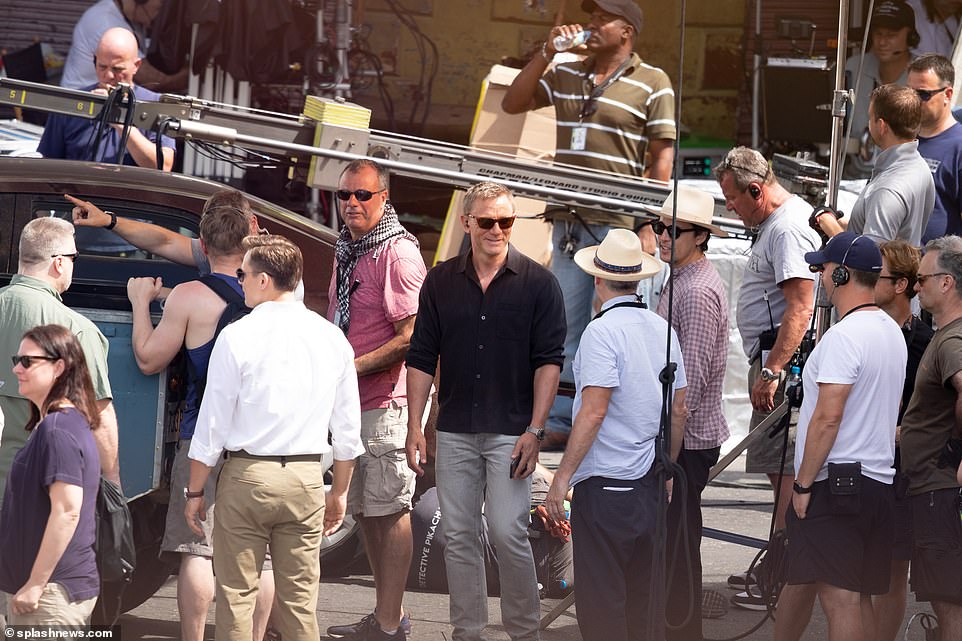 Star: Daniel was surrounded by crew members as they set up an action sequence in the hot Jamaican sunshine

Retired life: In place of 007’s sharp suits, the out of service spy was dressed in a laid back look of jeans and shades 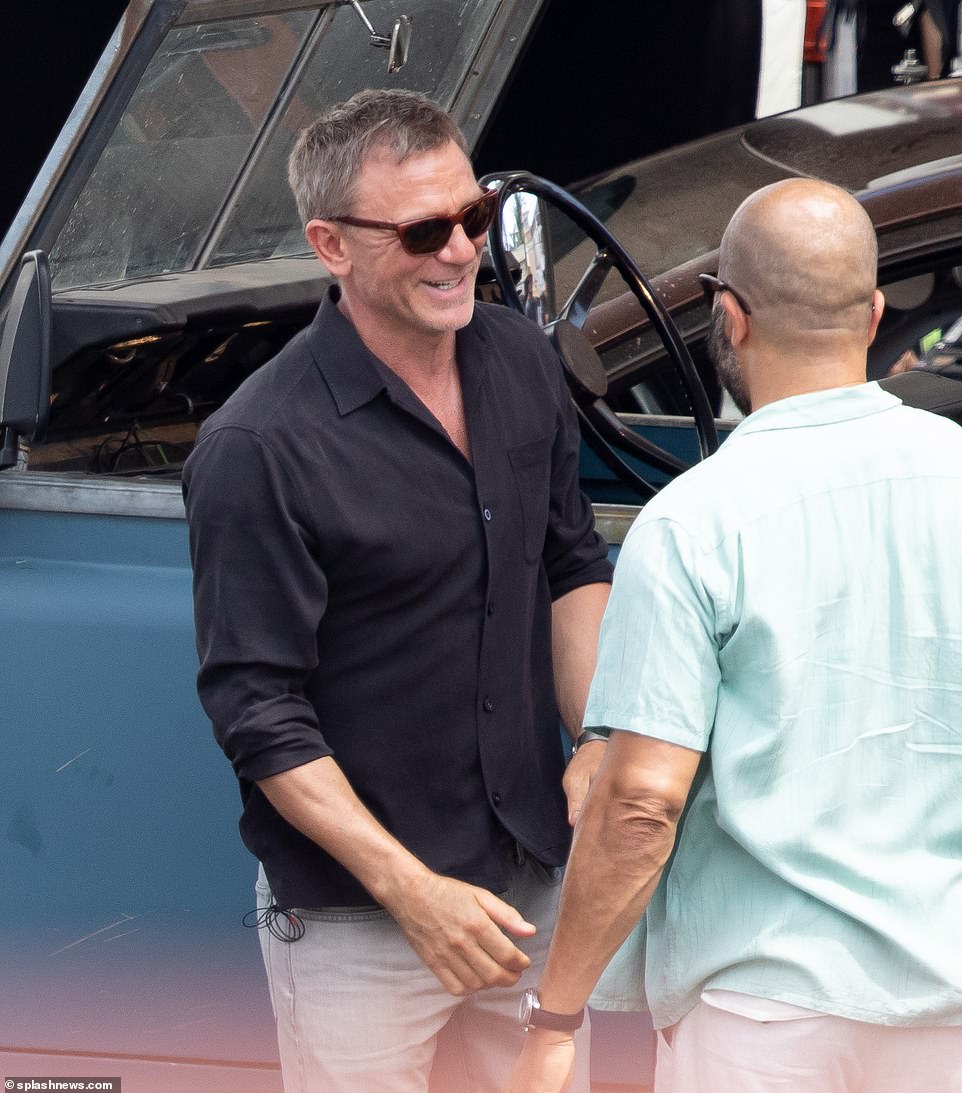 Good to see you! Daniel and Jeffrey looked in great spirits after first walking together on Casino Royale 13 years ago 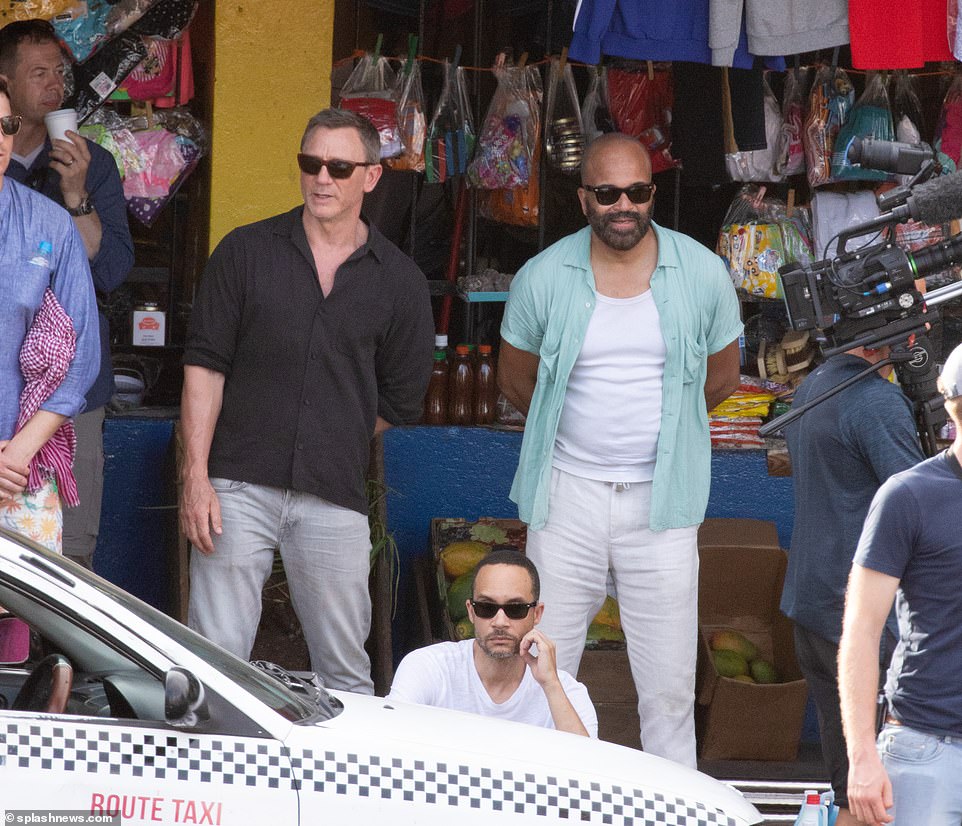 On a mission: The brief plot details released by the production reveal that Jeffrey’s character Felix seeks out Bond in Jamaica to help on a mission to rescue a kidnapped scientist

Rami revealed on Thursday he is busy working in New York on the final series of his show Mr Robot, but will be flying out to film scenes soon.

Speaking via videolink from NYC on Thursday, Rami, 37, said: ‘Hi everyone, this is Rami Malek and I’m not jealous one bit that you’re all in the absolutely stunning setting of Ian Fleming’s iconic Caribbean home Goldeneye, on the island of Jamaica.

‘No, not at all. I’m stuck here in New York in production, but I am very much looking forward to joining the whole cast and crew so very soon. I promise you all I will be making sure Mr. Bond does not have an easy ride of it in this, his 25th outing. I can’t wait to see you all soon. Cheers.’ 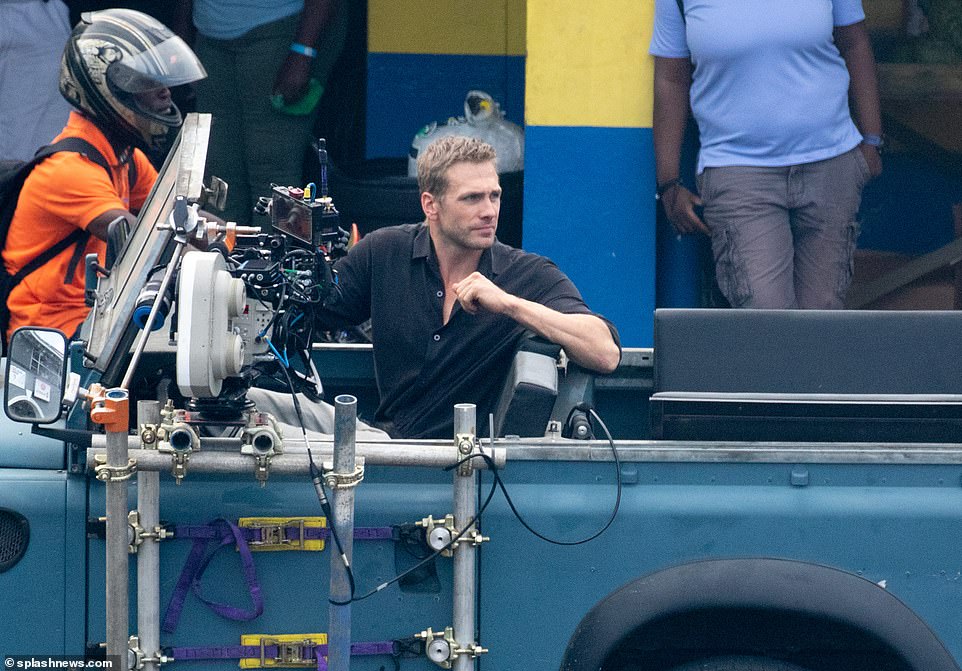 In the driver’s seat: Daniel’s stunt double looked brooding as he took a seat in the Land Rover at one point 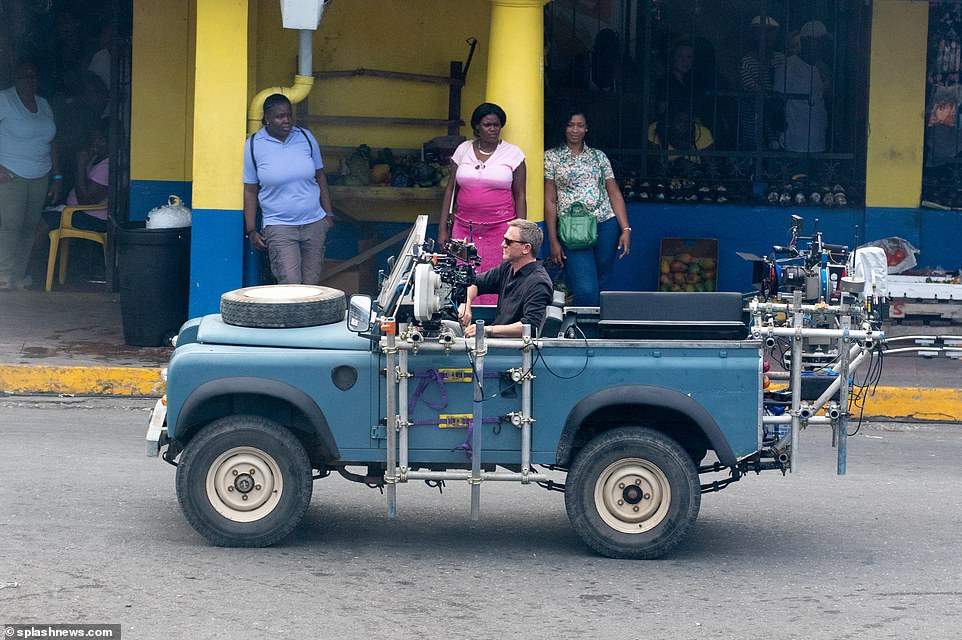 Turning heads: Daniel drove past a group of extras outside a row of shops as the cameras rolled on his first day 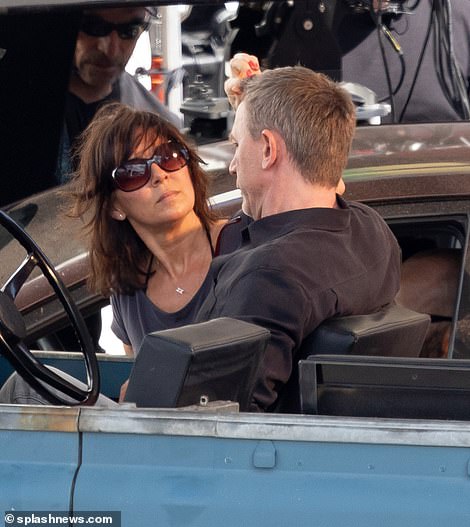 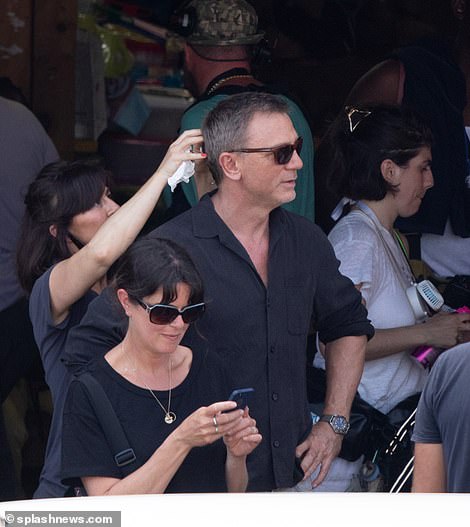 Helping hand: A hair and makeup artist was on hand to make sure Bond was looking his best before action was called

As well as Jamaica, filming will take place in Norway, Pinewood Studios, locations around London along with Matera, Italy.

The film – scheduled for release on April 8, 2020 – will be Daniel’s fifth outing as 007 and will be released five years after the 24th Bond film, Spectre. 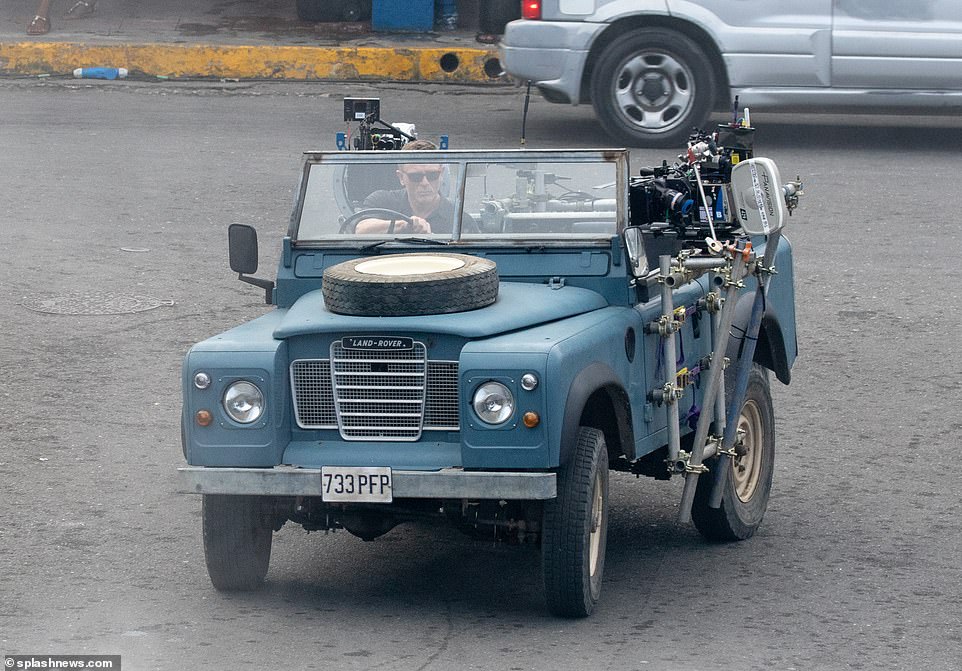 Where’s the Aston Martin? The actor looked in the zone as he confidently drove around the set 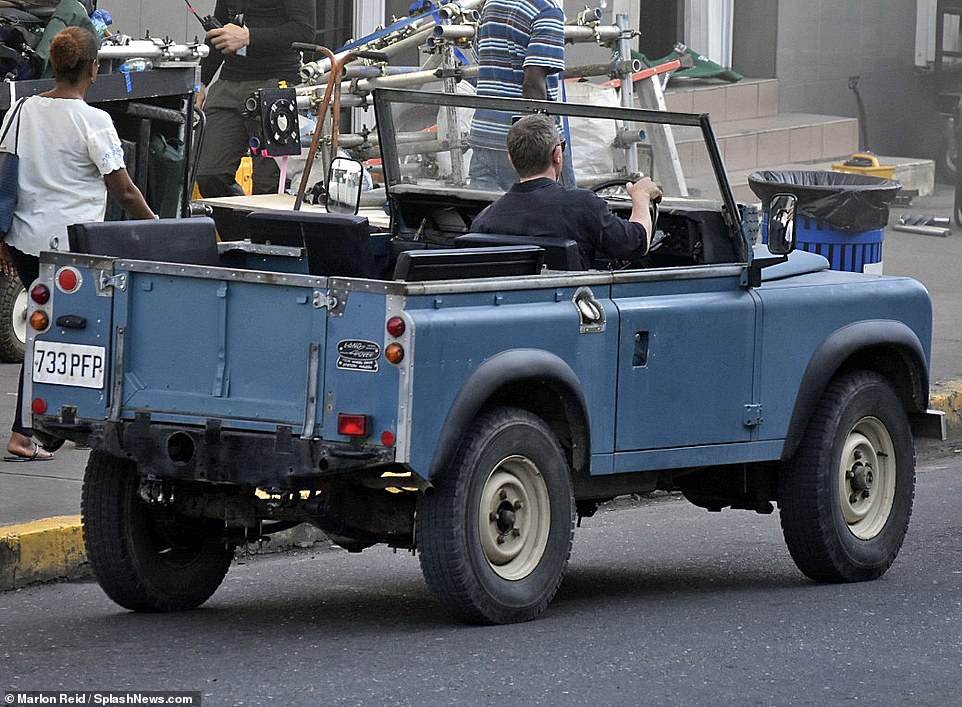 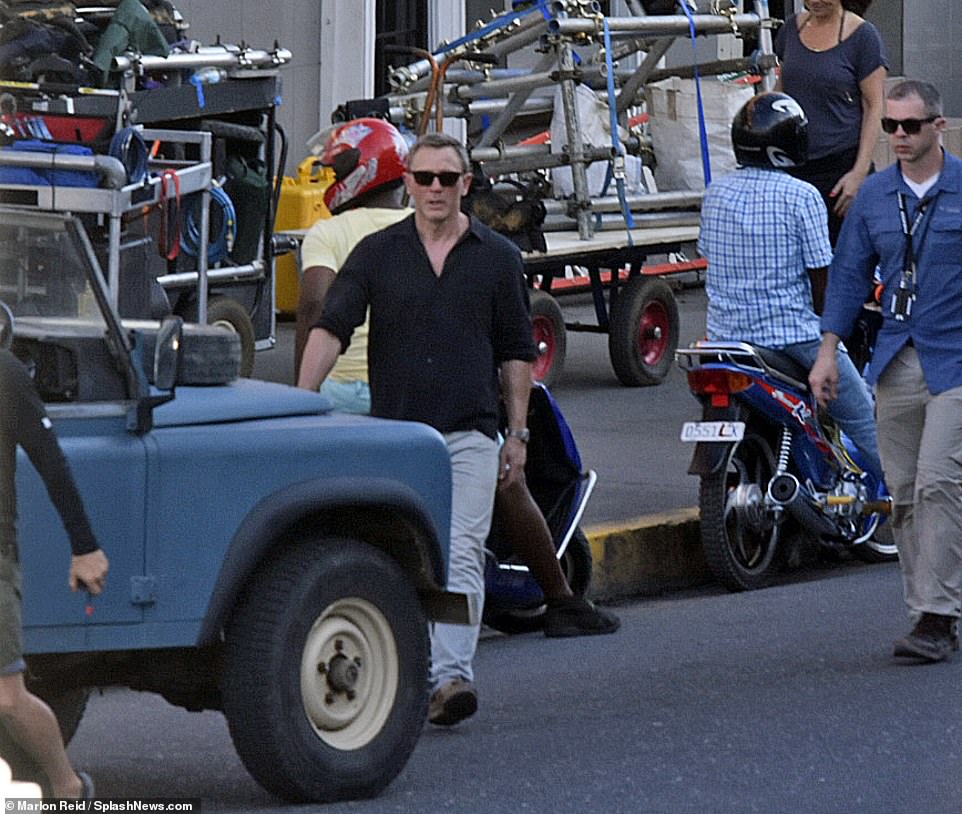 Solo: There was no sign of any of the new cast members on set, with Oscar winner and Bohemian Rhapsody star Rami Malek announced as the film’s villain last week

Bond 25 has reportedly been operating under the working title Shatterhand, a reference to the original Ian Fleming novels where Bond and his nemesis, Ernst Stavro Blofeld, first appeared.

Blofeld used the alias Dr Guntram Shatterhand in the 1964 novel You Only Live Twice, which follows Bond to Japan where he finds his arch- enemy living under that name, hinting at the setting and basis of the new film.

Last month filming got underway on Bond 25 in Nittedal, Norway, where a mysterious, theatrically masked gunman was seen stumbling in pursuit of a terrified young girl as she fled across the ice. 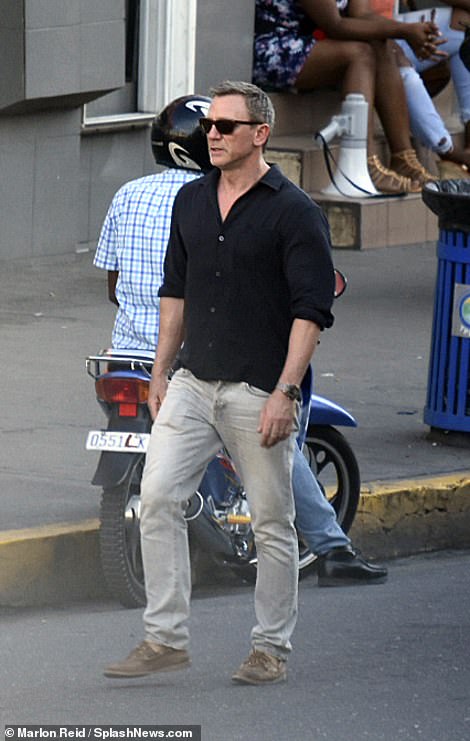 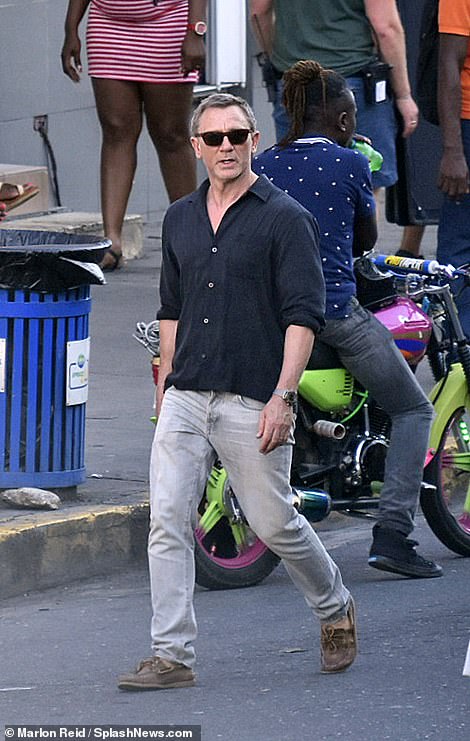 On board: Daniel was vocal about his reluctance to take on the iconic role one more time but has been persuaded 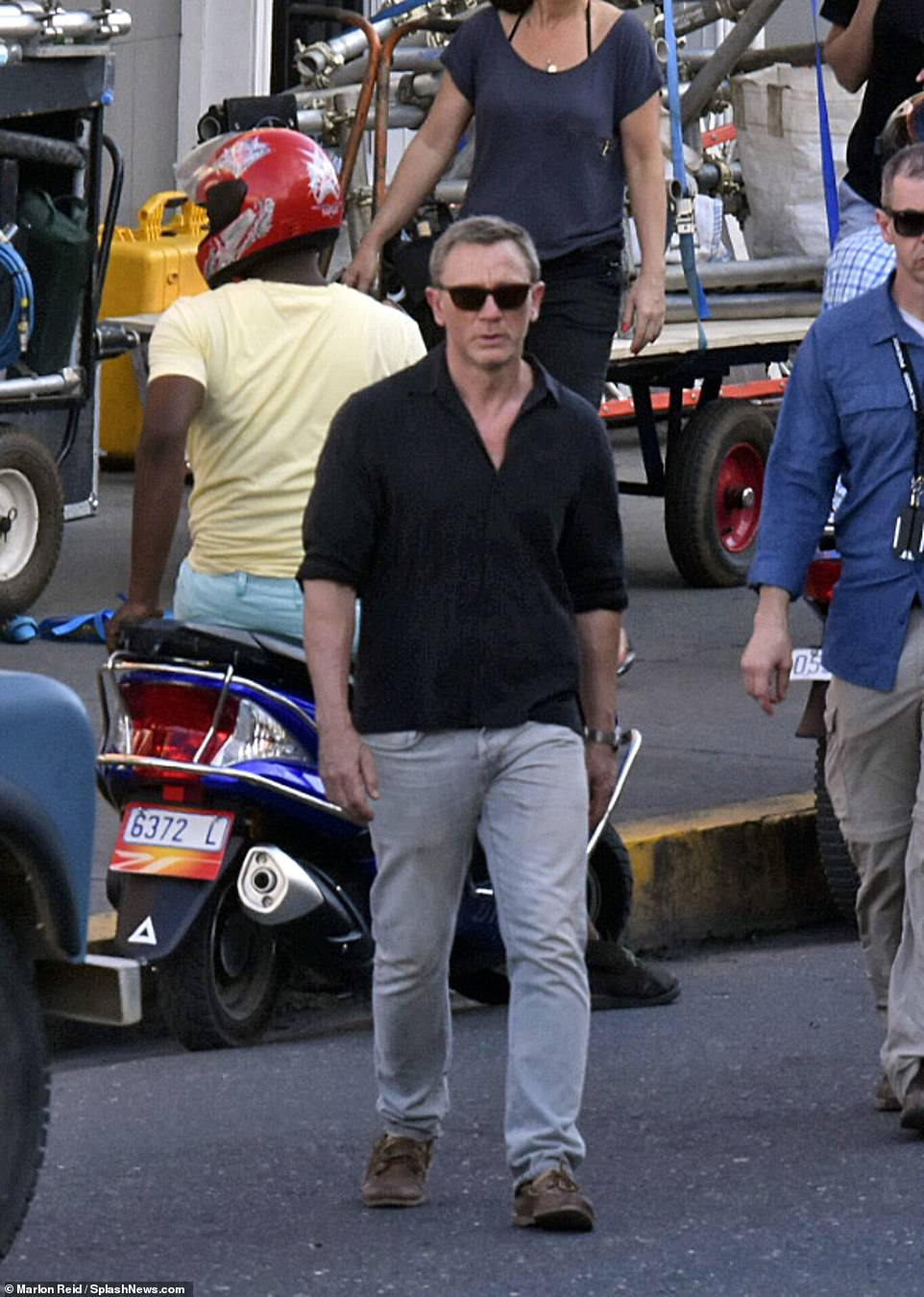 Happy to be back! In 2015, he sensationally revealed ‘I would rather slash my wrists than play James Bond again’ but Daniel looked in good spirits on set 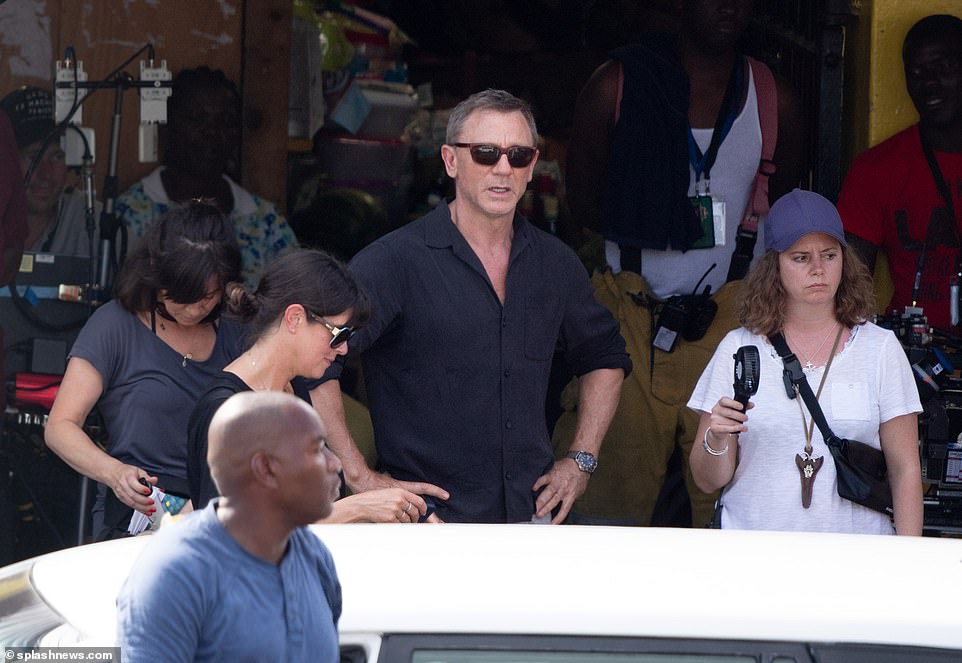 Back as Bond: Speculation is rife as to who will take over from Daniel after Bond 25 is released next Spring

Cameramen tracked the pair during what appeared to be a dramatic scene, filmed in a large clearing surrounded by pine trees.

The film, which divided critics, delved into his past as he traced the origins of a mysterious ring, only to discover it belongs to a global terrorist organisation led by childhood friend Franz Oberhauser – the son of Bond’s legal guardian. 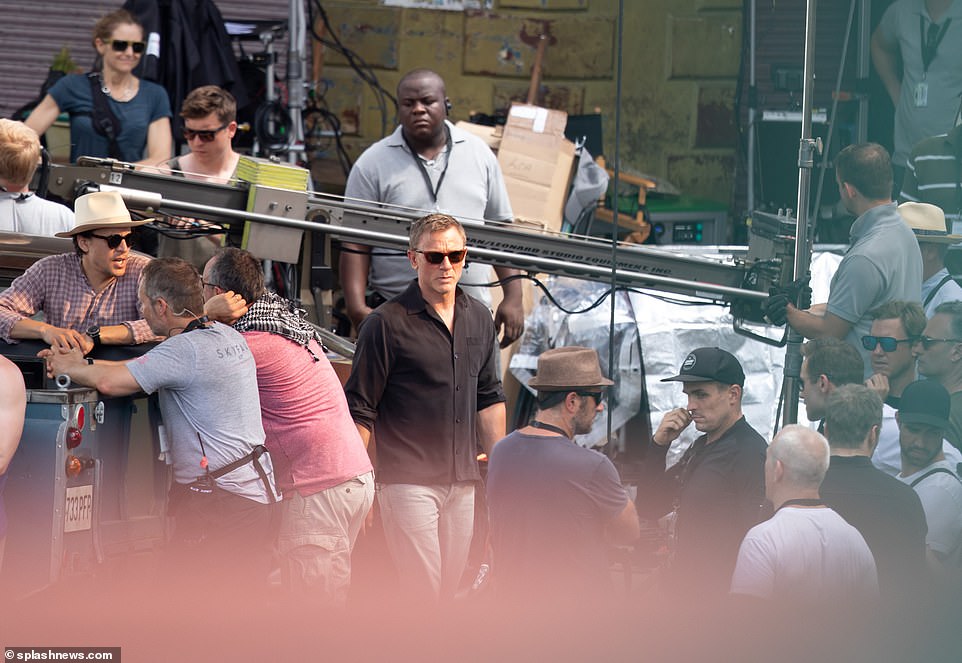 Hot and bothered: Daniel and the production will be filming in Jamaica for key scenes before jetting off around the world 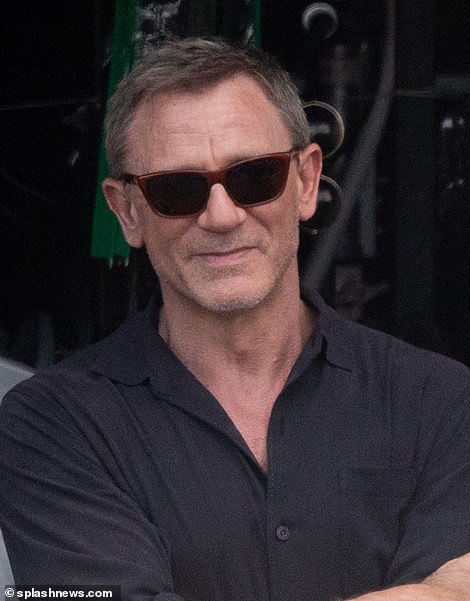 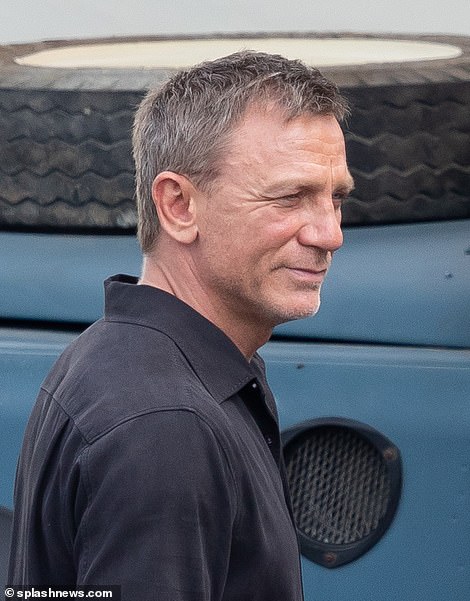 Final outing: Daniel was sporting dashing grey flecks in his hair and a hint of stubble to play the retired spy 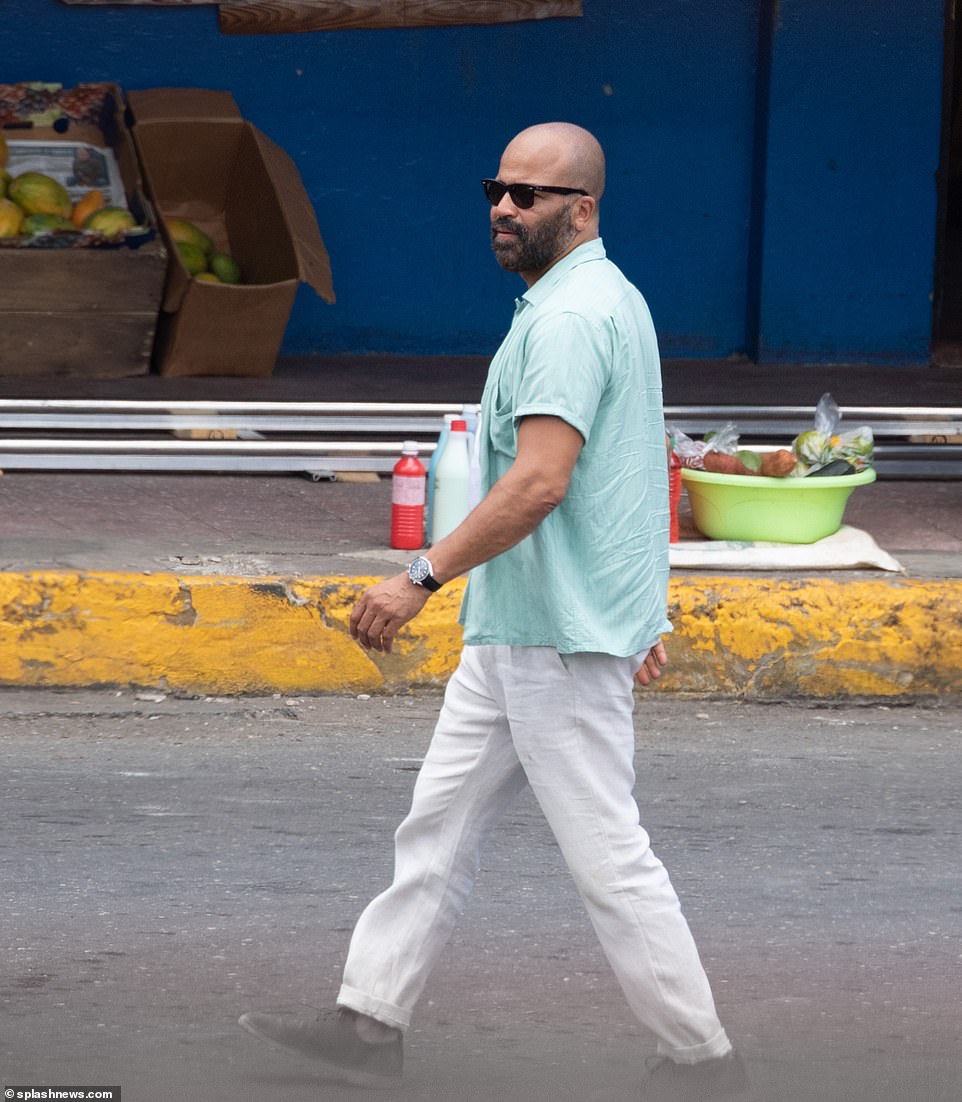 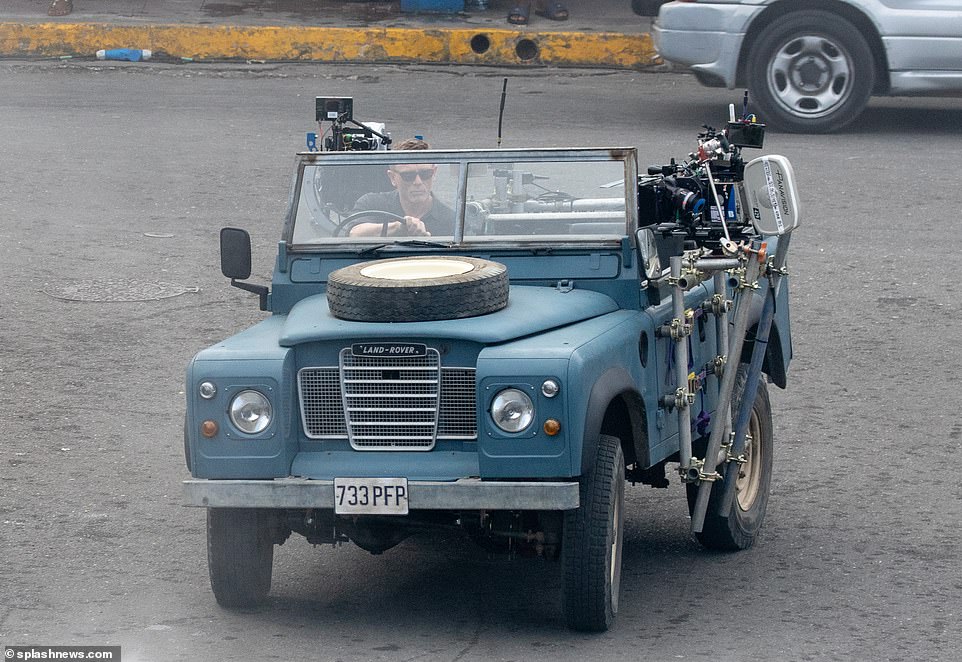 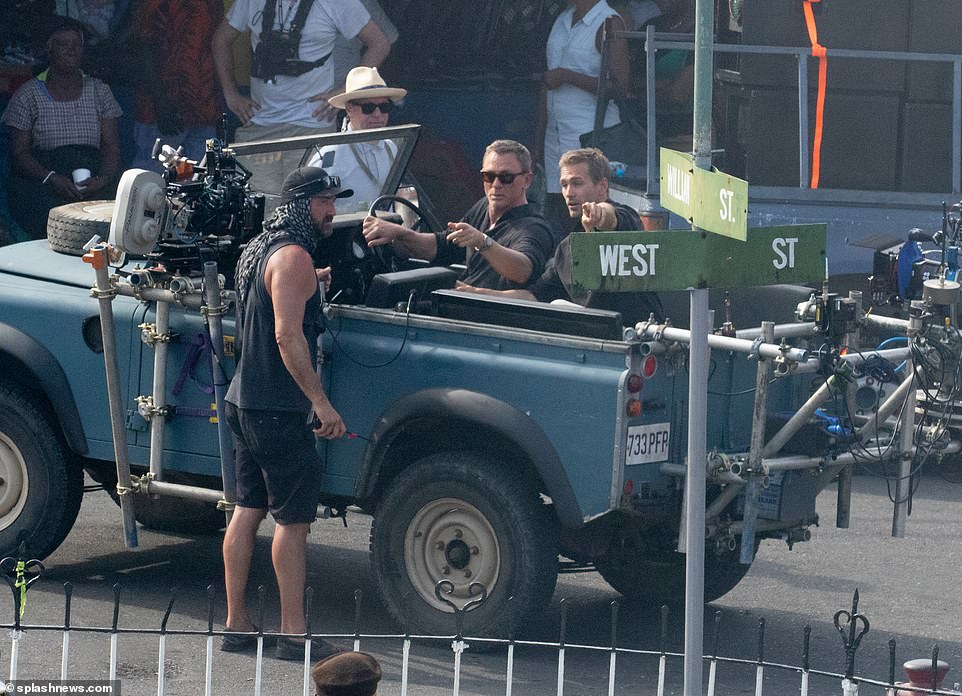 Originally thought dead, Oberhauser, played by Christoph Waltz, had instead masterminded the criminal group under the alias of Blofeld – his mother’s maiden name – with the objective of killing Bond.

While filming has begun it has been alleged by Page Six that there is already trouble behind the scenes of the hotly anticipated movie as the cast are raring to film, but don’t appear to have a solid script to work from.

With only a brief synopsis of the plot unveiled so far, a source has bemused that ‘the rest of the script is still being worked over’.

‘They don’t have a script, there’s no title, it is nearly five years since the last Bond. It starts with a retired Bond living in wedded bliss, but the rest of the script is still being worked over,’ alleges the insider. 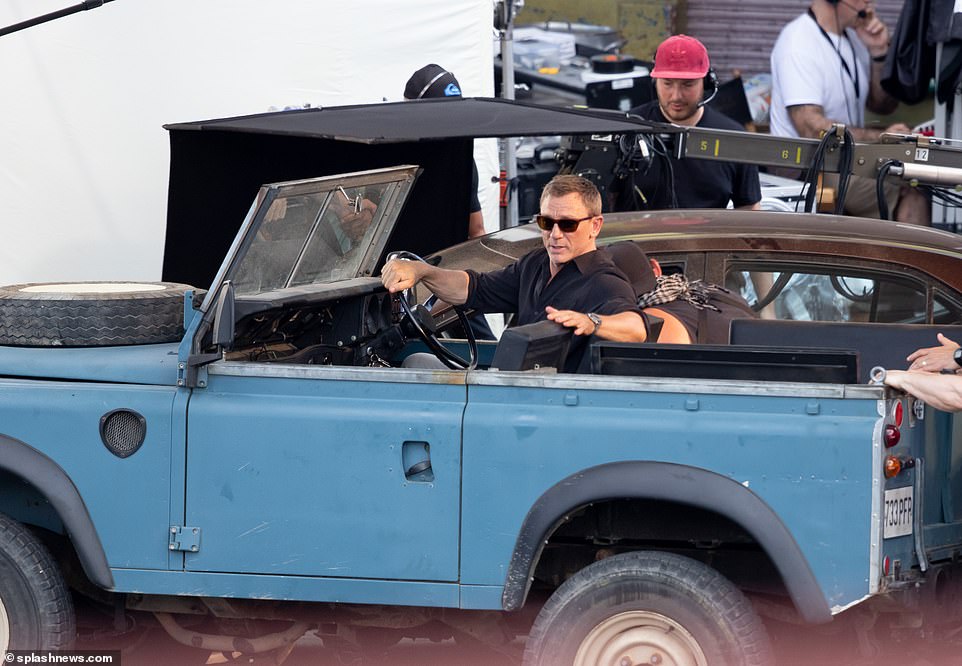 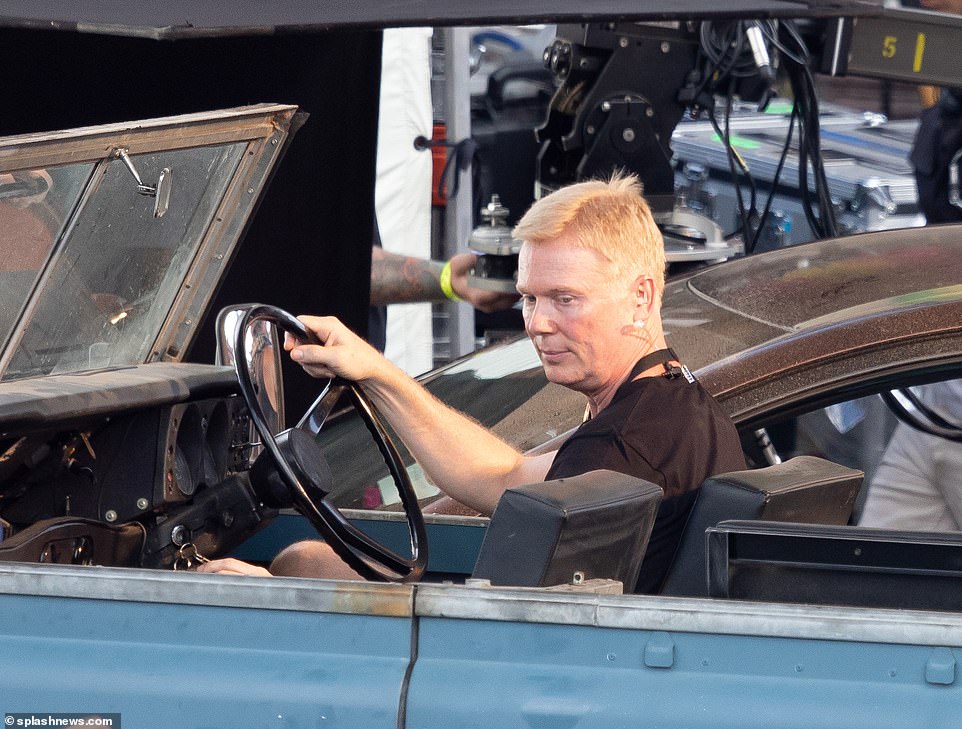 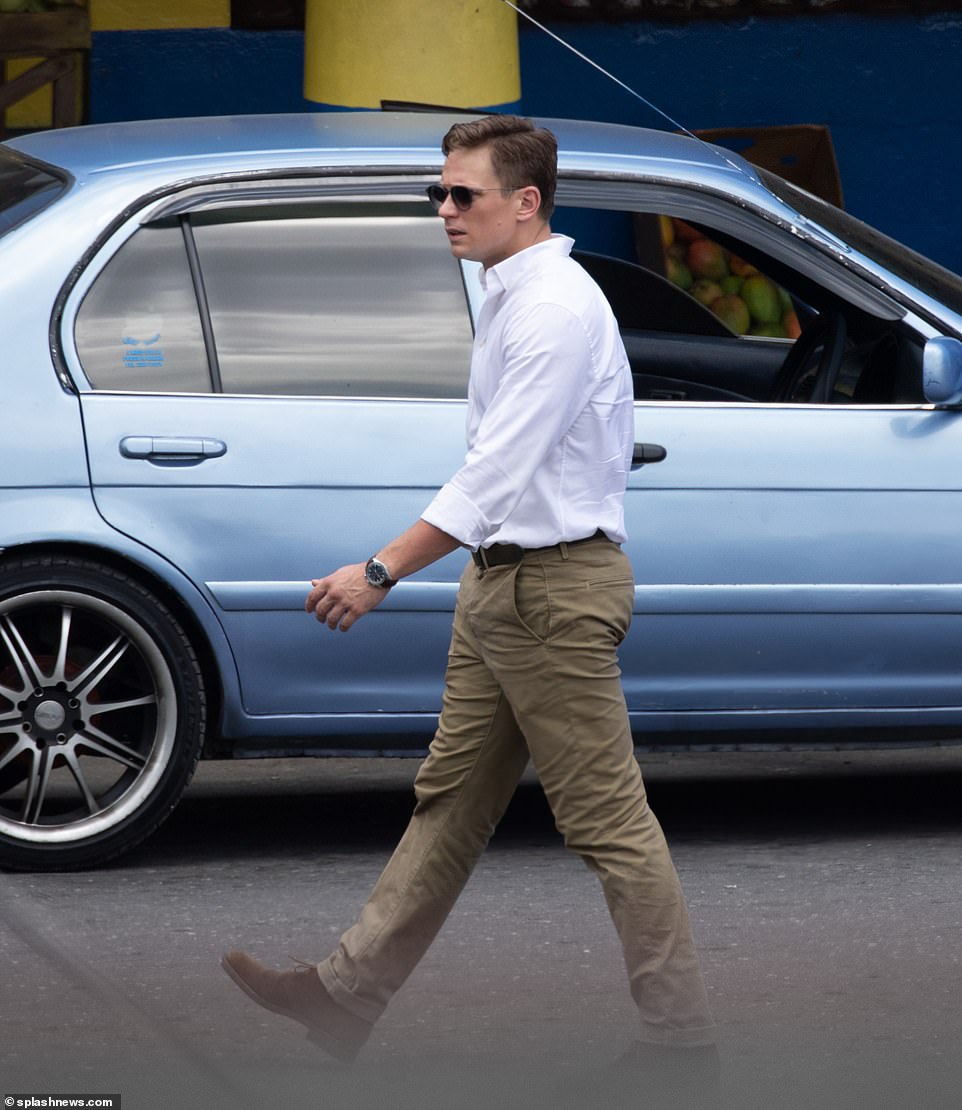