Chaos has broken out on the streets of Bondi after the highly anticipated fight between Conor McGregor and Floyd Mayweather.

People were seen flocking to Beach Road where some ugly scenes were seen as tensions flared when people left the nearby pubs. 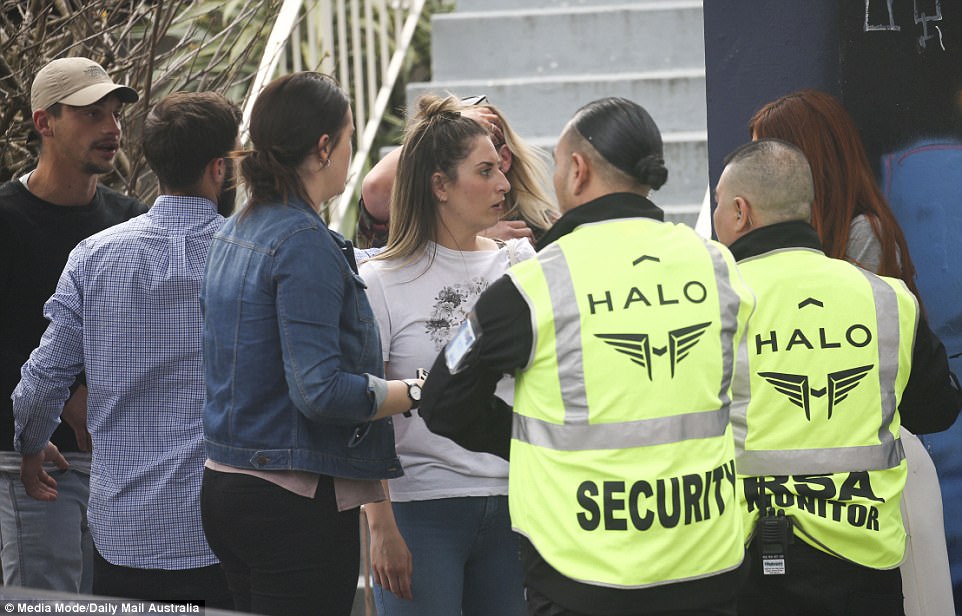 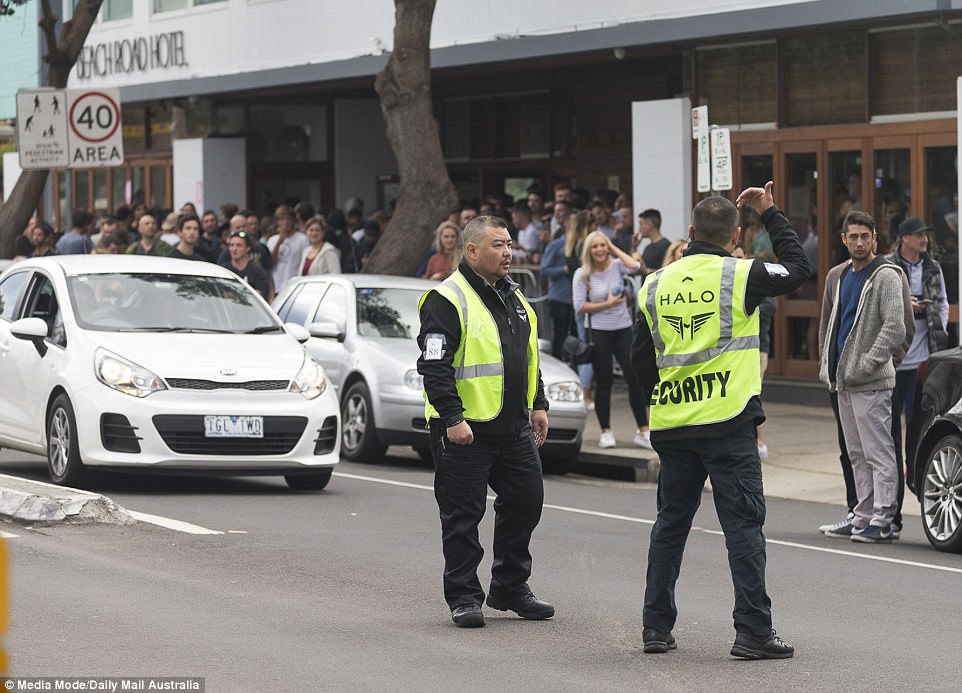 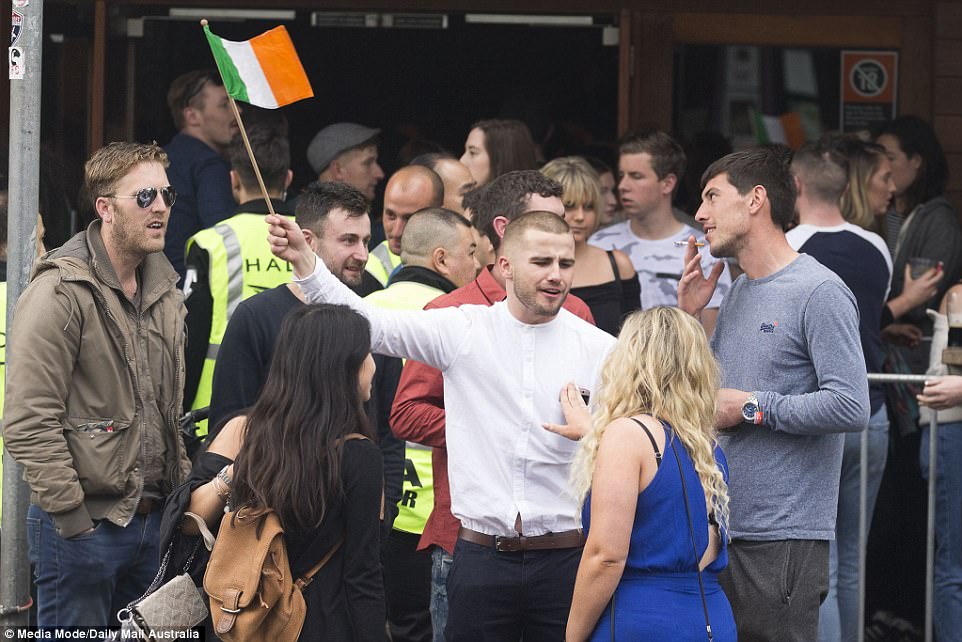 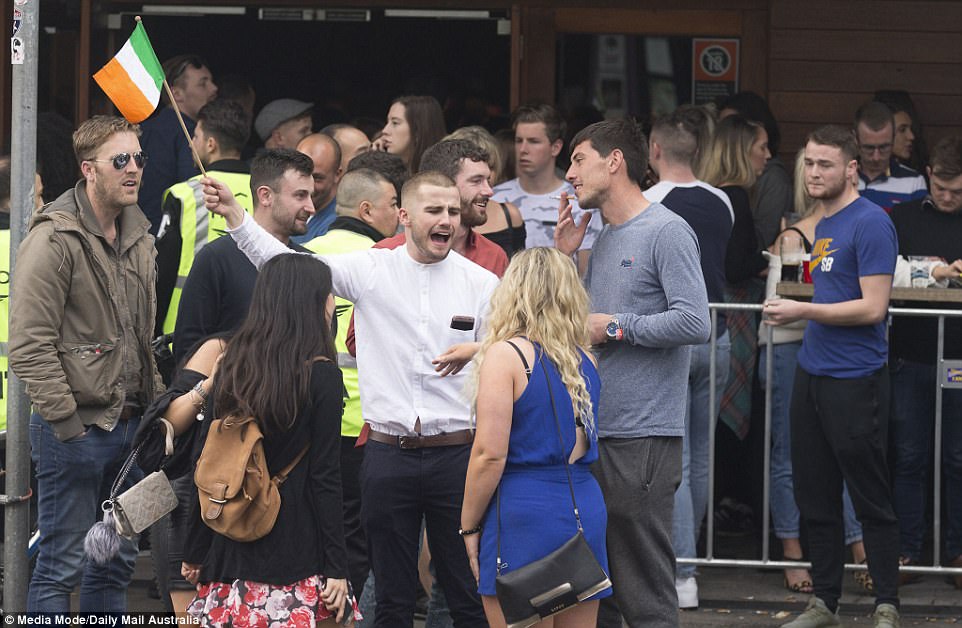 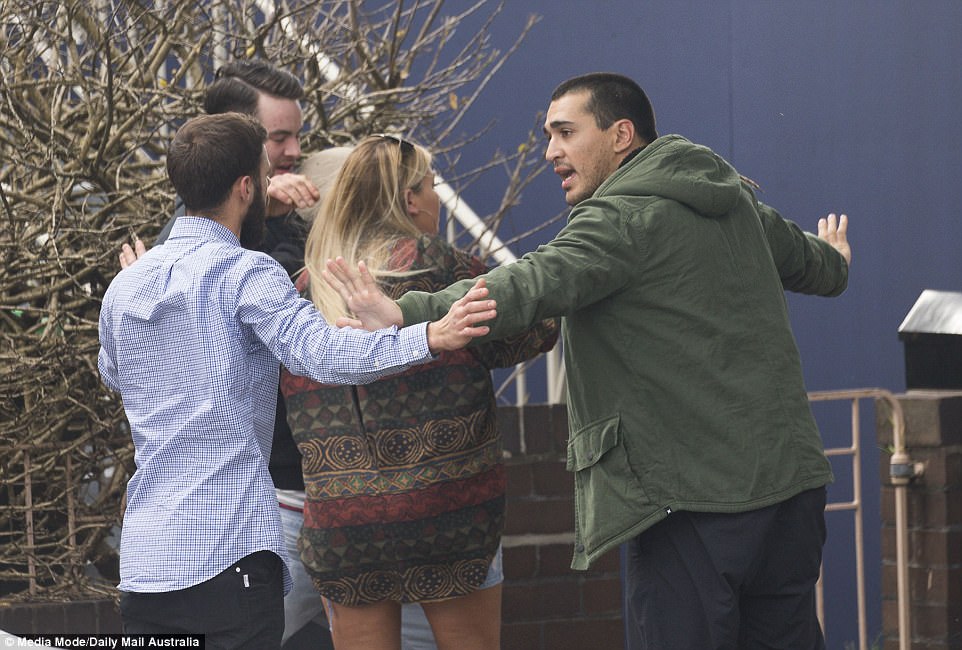 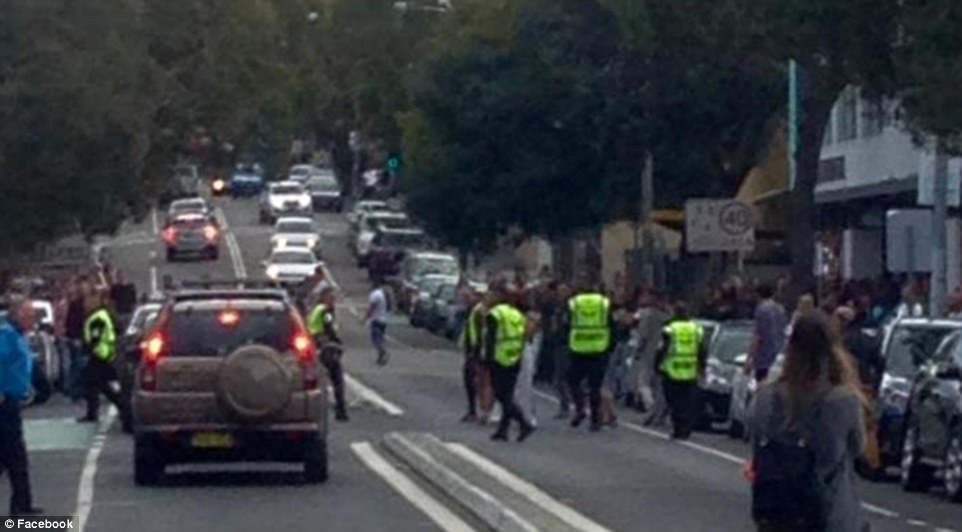 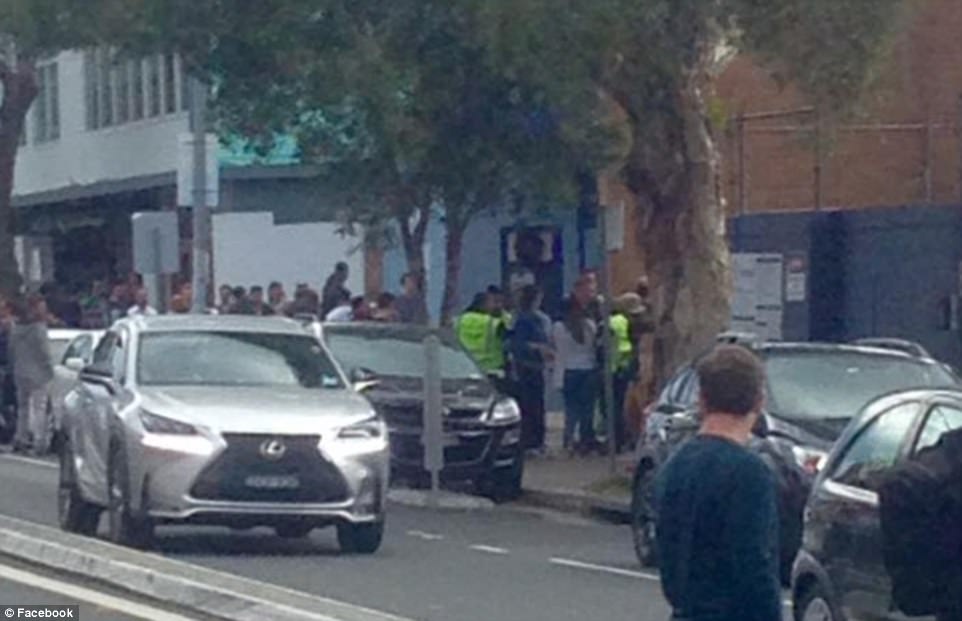 Earlier Sydney morning, the city turned a shade of green and orange in anticipation for what’s was dubbed the Fight of the Century.

Zealous Irish fans took over the city’s streets, eagerly waiting for Conor McGregor to take on the undefeated Floyd Mayweather today in America.

Thousands of Irish fans descended on Australian pubs, showing a range of emotions as the richest fight Las Vegas has seen was live streamed. 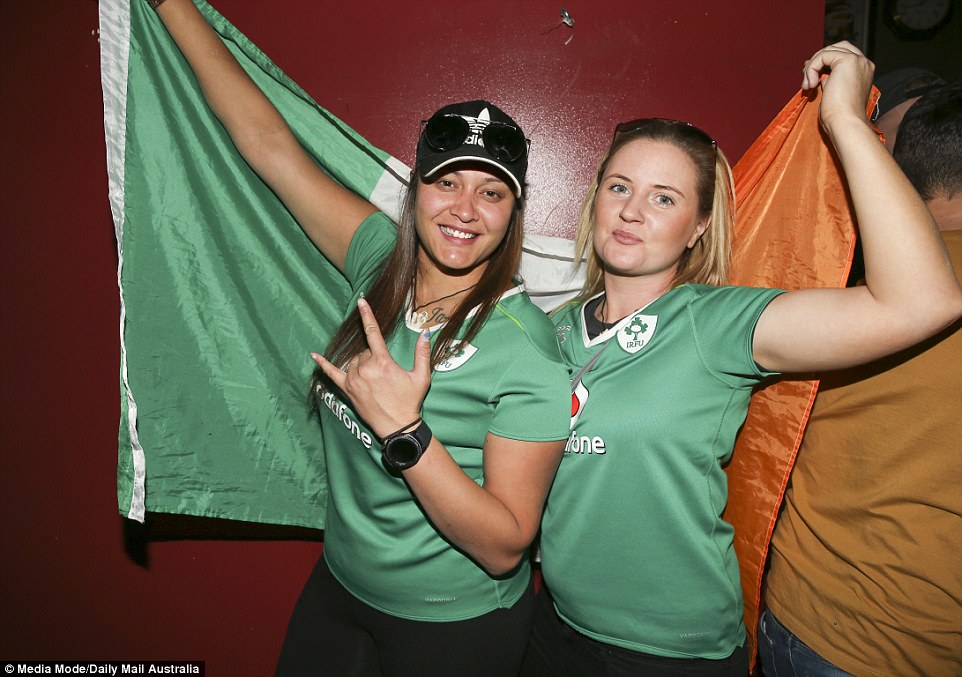 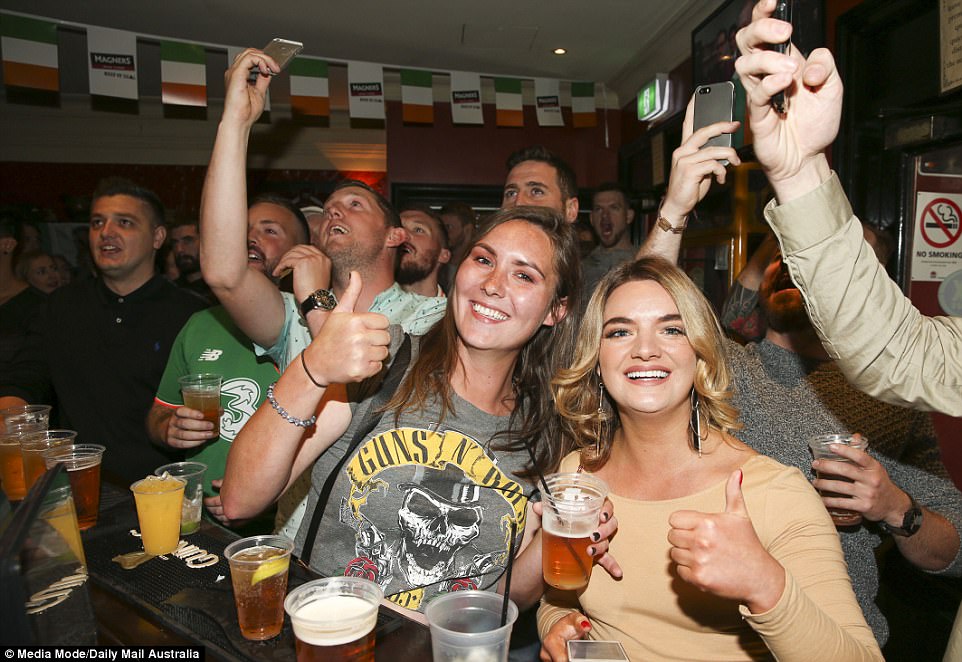 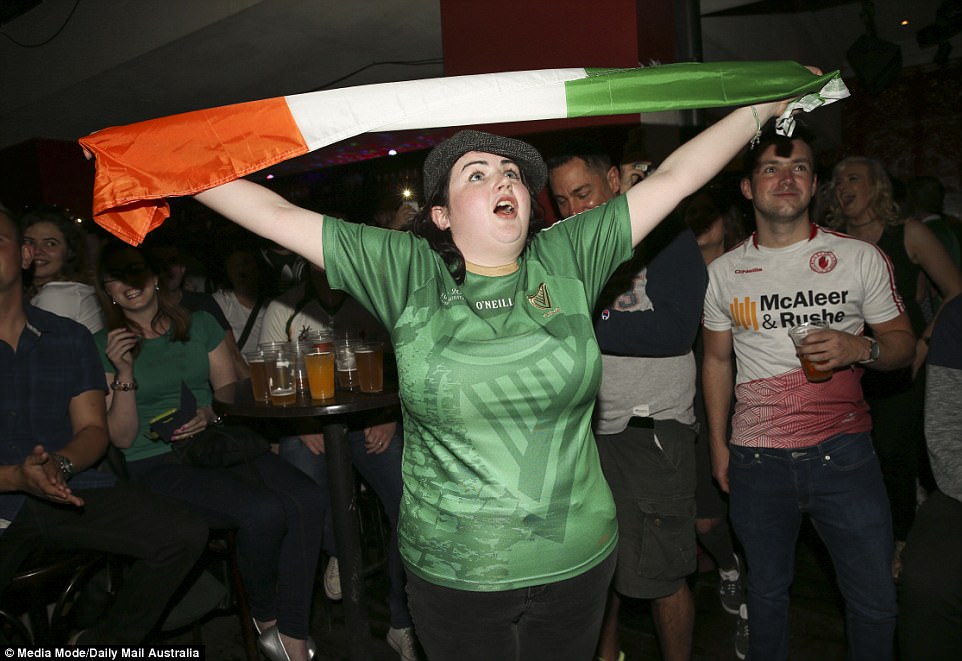 Fans were excited to see McGregor taking on Mayweather during the fight, one fan showing off Ireland’s national colours 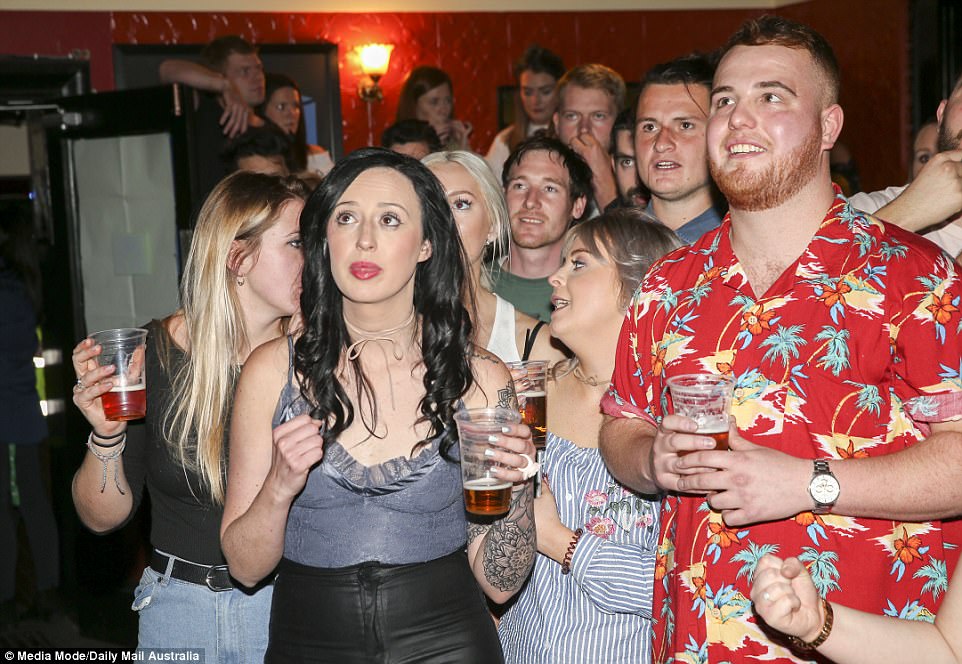 Fans are hoping for the luck of the Irish as McGregor fights Mayweather, whose odds are in his favour for the win 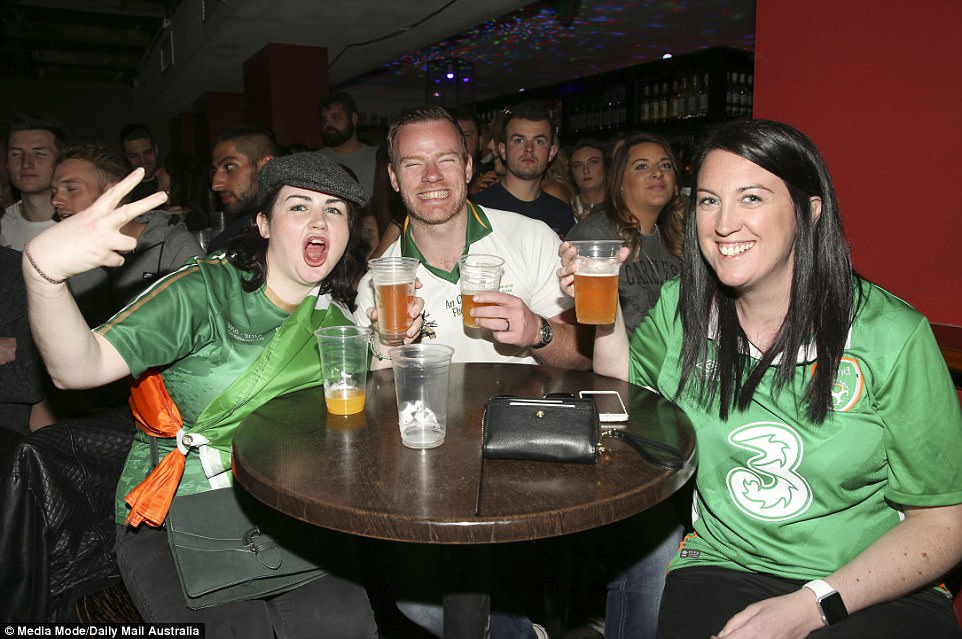 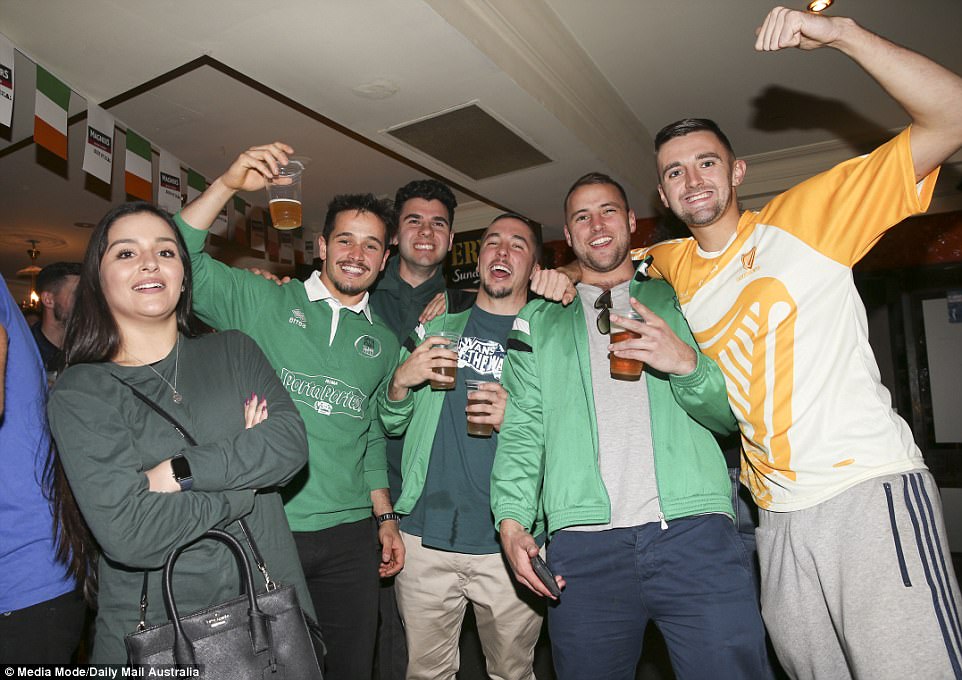 While the rare few dressed down, the popular outfit colour proved to be shades of green in support of the Irish underdog 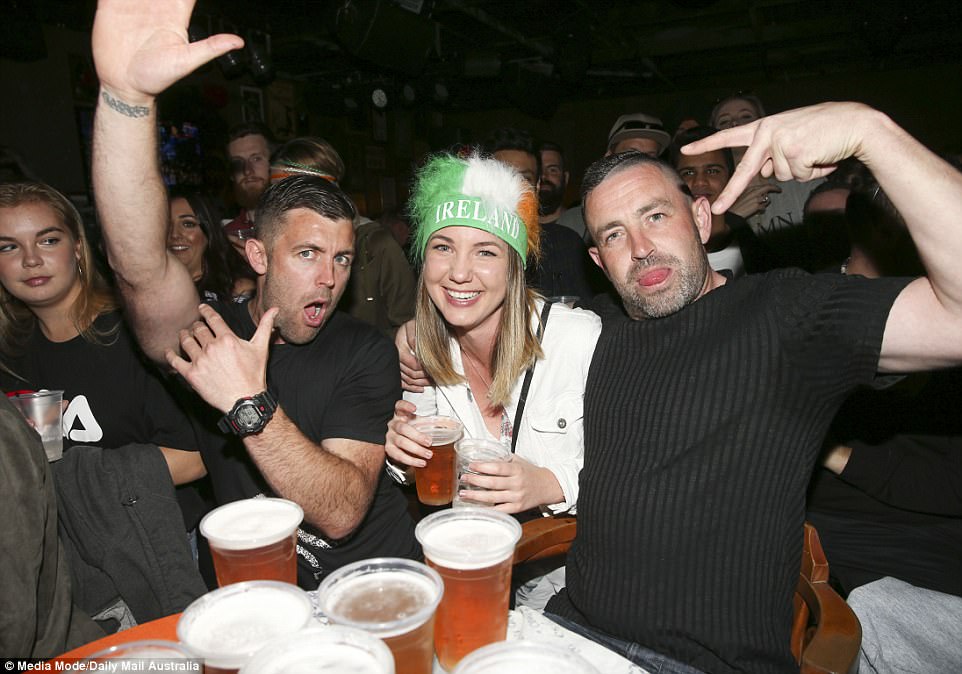 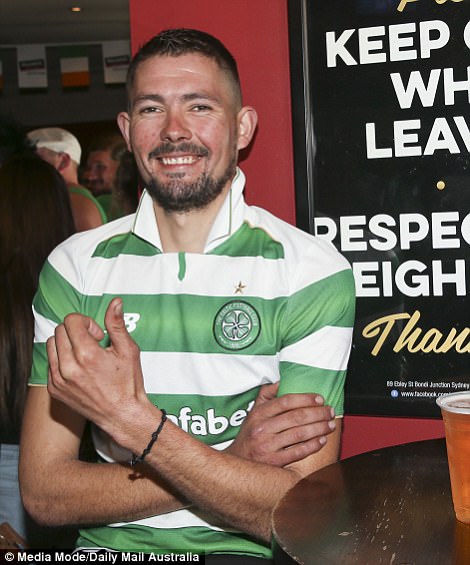 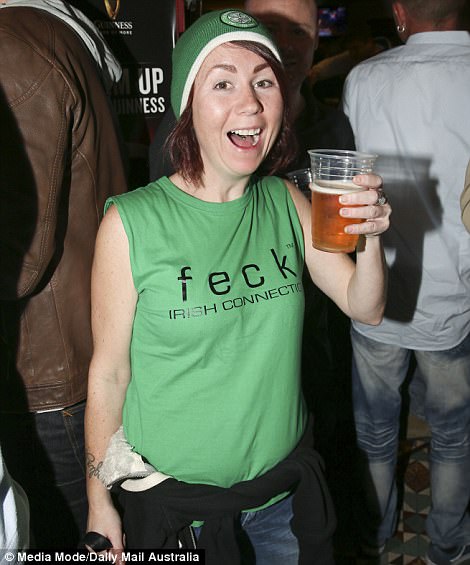 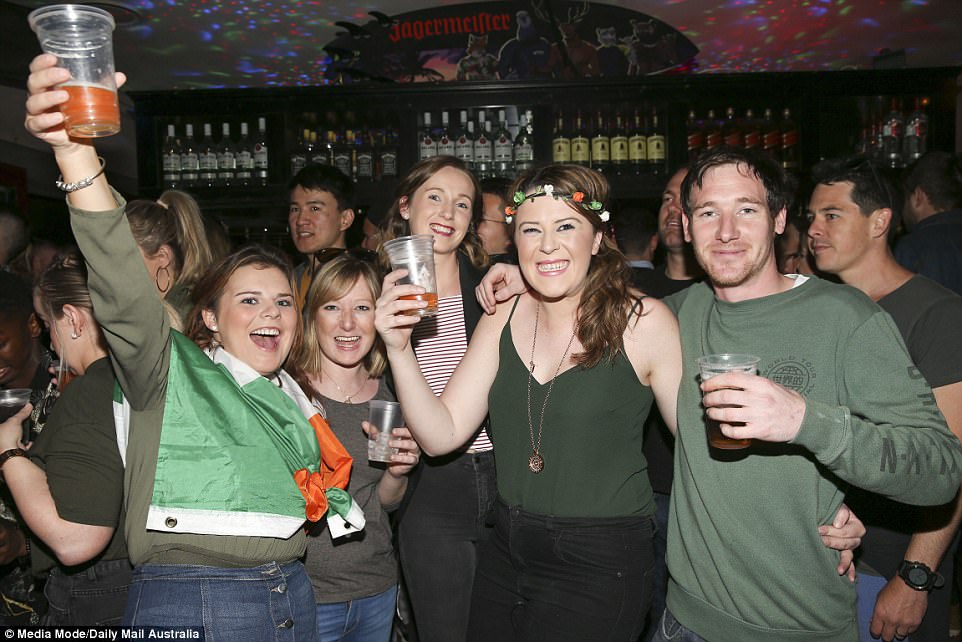 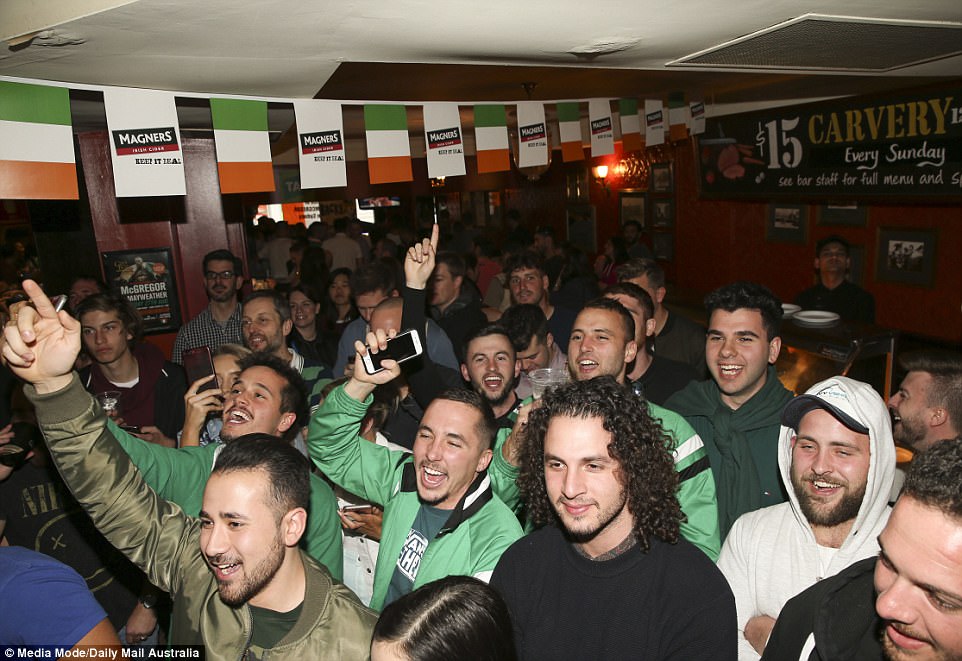 Hundreds of fans cheered McGregor on during the fight, which could be make history if the Irishman defeats Mayweather 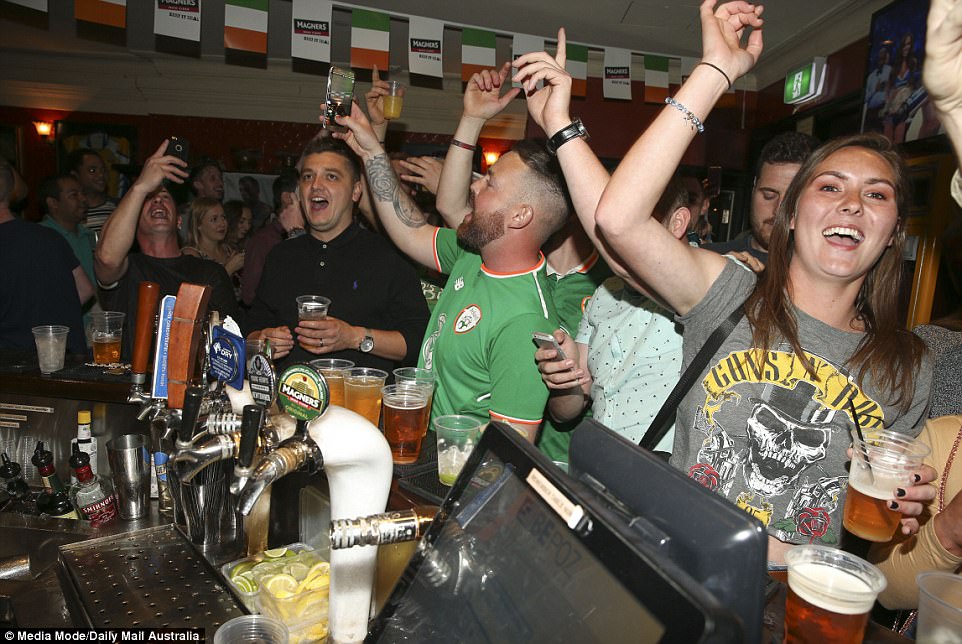 Fighting fans have been cheering the Irishman on since Sunday morning, hoping that he will defeat Mayweather 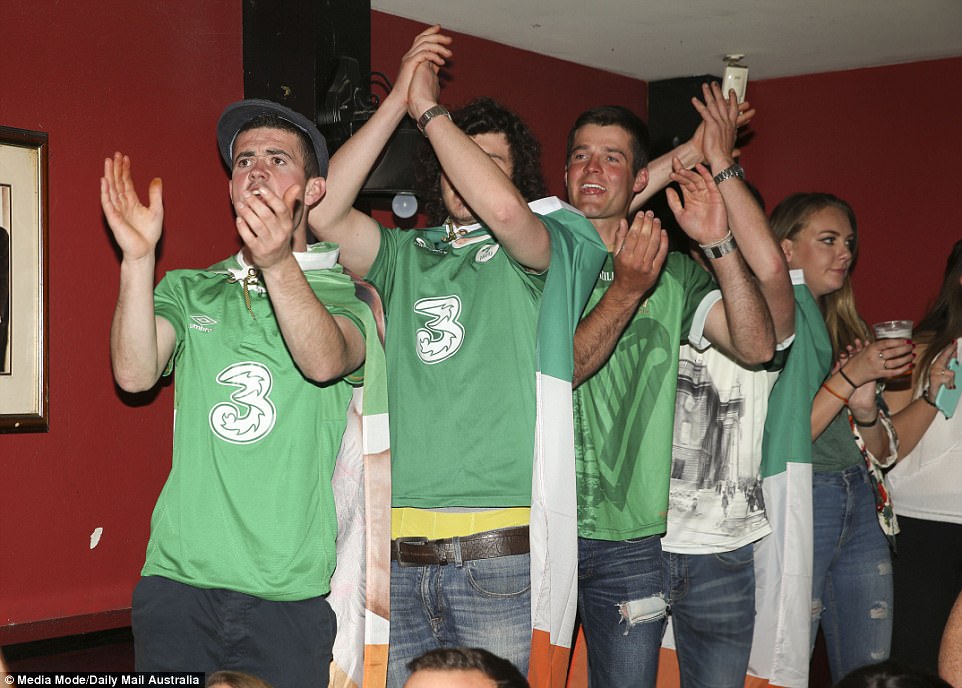 Showing their support in Ireland’s national colours, fans got into the fight that could change history

Fans donned bright green shirts with hints of orange and packed into pubs across Bondi Junction early to get the best spots.

Keen fans decked themselves in Ireland’s national colours head to toe as well as draping the Irish flag over themselves.

While some people outfits were toned down, others went to the extremes with fluffy Irish coloured hats or flower crowns, keeping everyone in high spirits in the hope the underdog would take the title.

Thousands of people used the famous fight to make a quick buck or two, with one Australian punter placing a $50,000 bet on Mayweather to beat McGregor, despite the majority of fans backing the Irishman.

Everything from pubs to street artists are getting into the fight hype, sharing their excitement for the huge event online.

Popular Bondi pubs started filling up before midday with fans preparing for the pre-fight antics with people lining up around the block. 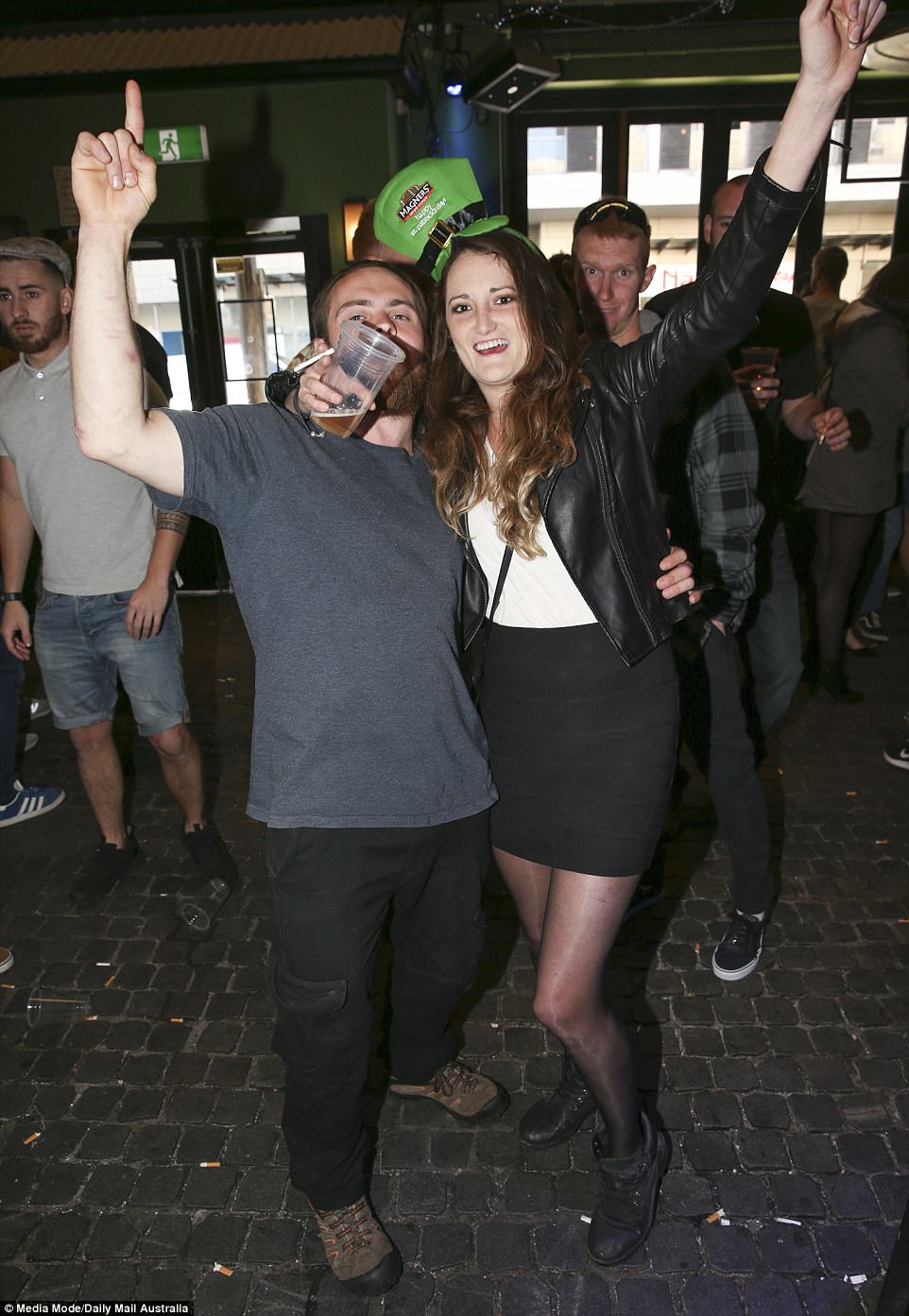 Many fighting fans kept their attire simple, including this lady who topped her outfite with a hat, hoping for luck of the Irish 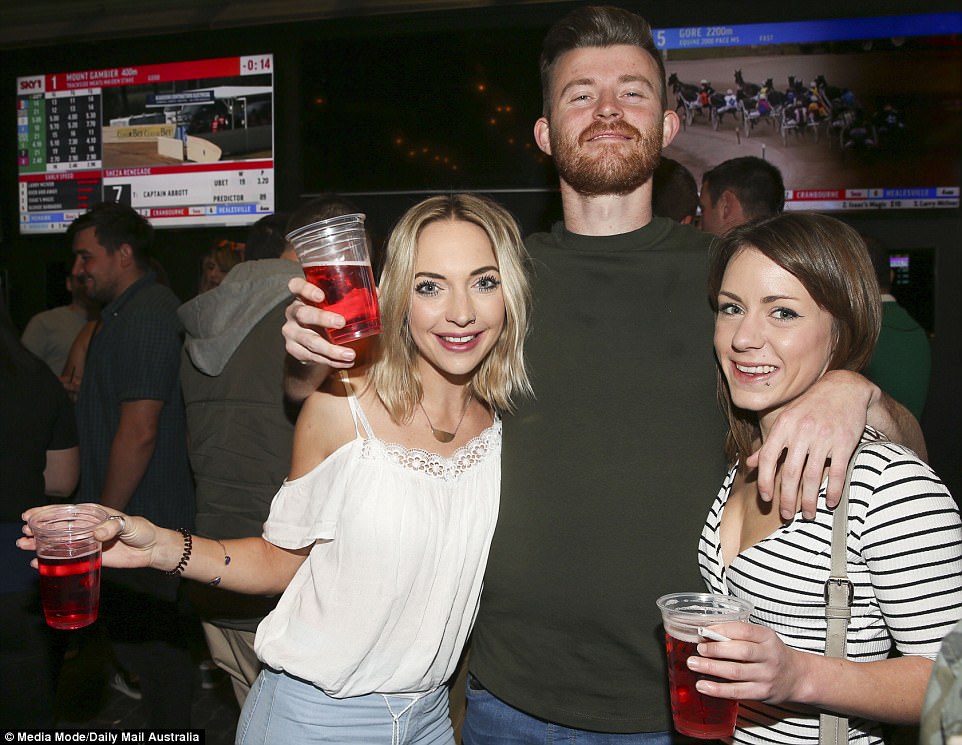 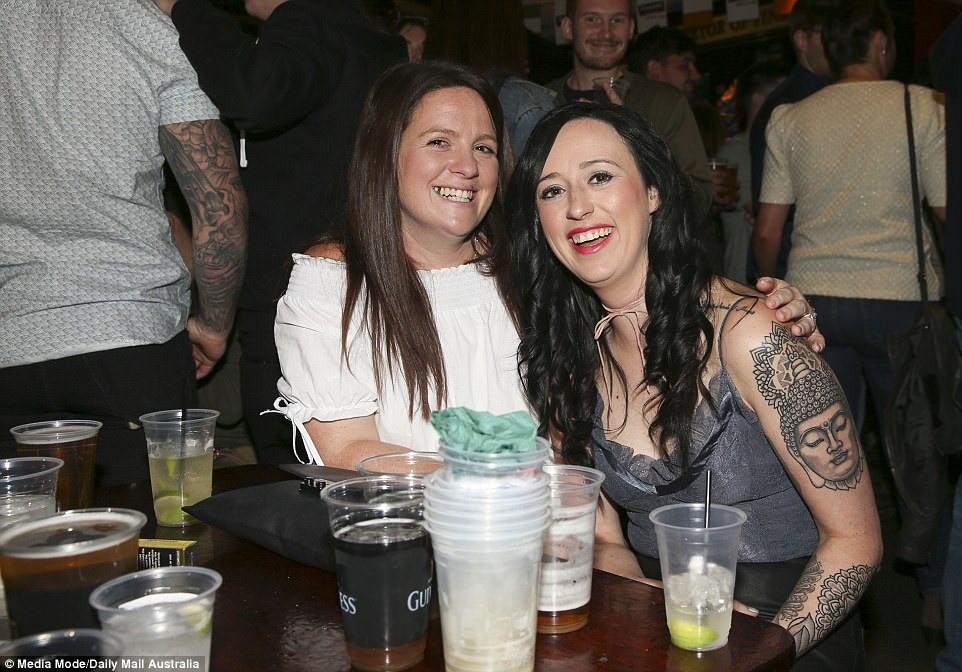 While many people are taking the chance to earn a quick buck or two, thousands of people will enjoy the live fight (pictured) 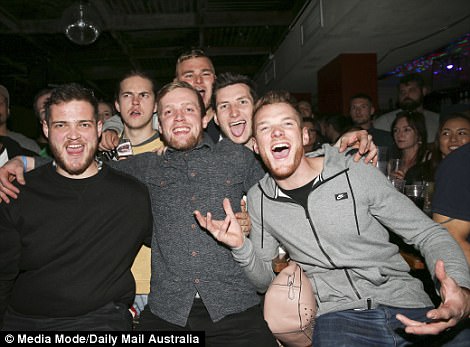 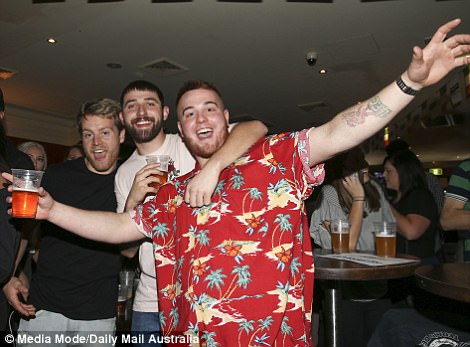 Huge groups of people continued to flood to the pubs throughout Sydney, including the popular Bondi Junction (pictured) 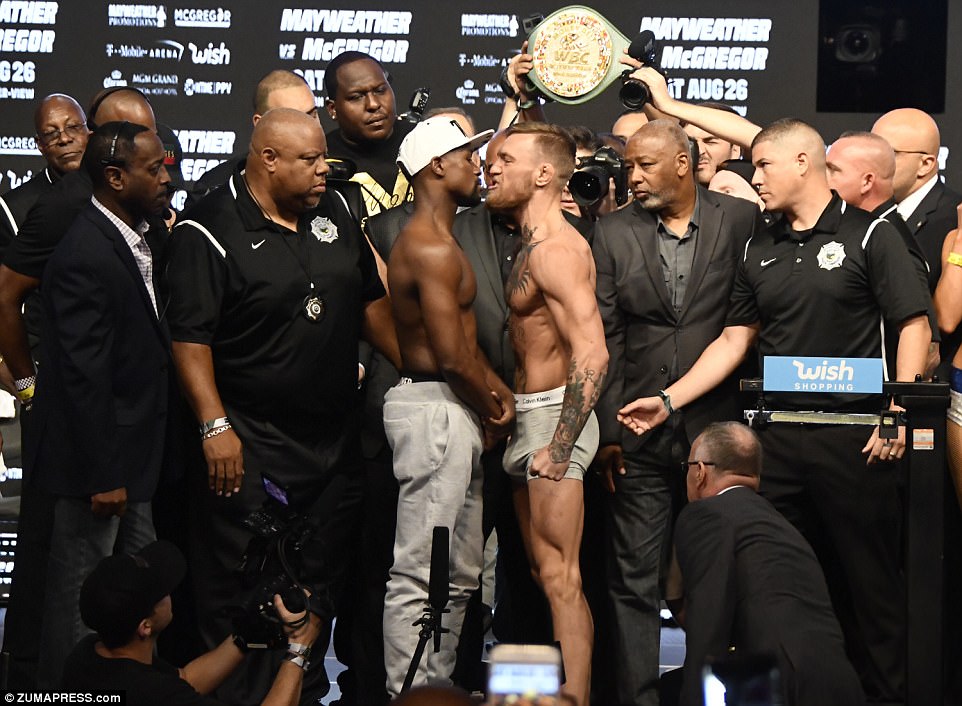 Hundreds of people packed into the busy bars, some seen singing along to Irish themed songs in the lead up to the big fight.

Excited fans are in high spirits, some showing their support for the Irish fight with Irish flags or donning the colours on their faces.

While some are getting into the spirit by wearing their own set of boxing gloves, the Las Vegas fight is also uniting families, with some coming together to watch McGregor take on Mayweather at pubs and bars across the city.

UFC fighter McGregor, from Dublin, is making the change to boxing for the first time to fight Mayweather.

The money-spinning showdown is expected to break records and generate more than $600 million.