He is an icon that launched 24 films based on the late author Ian Fleming’s books.

He is still around for Bond 25, No Time To Die, due out on April 8, which is rumored to be his last movie in the franchise. 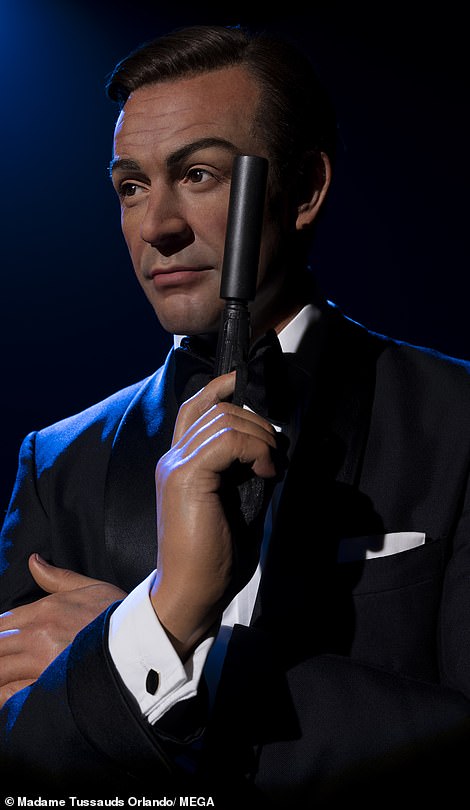 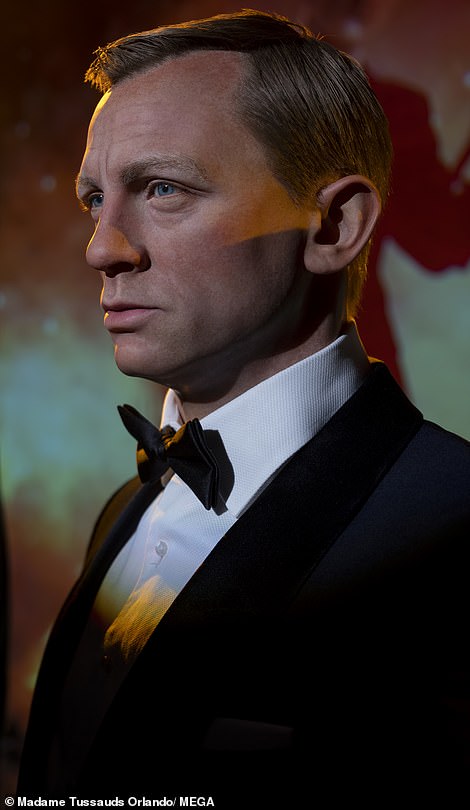 From first to last:  Sean Connery kicked off the franchise as James Bond in Dr. No in 1962, Daniel Craig took over as Bond in Casino Royale in 2006 and is presently filming No Time To Die, the 25th film in the series and his last in the role

The figures will appear at Madame Tussauds Orlando for a limited time.

‘As the world anticipates the release of the 2020 James Bond film, we’re bringing the excitement and drama of the franchise to life here at Madame Tussauds Orlando,’ said James Paulding, general manager.

‘With video, lighting and an interactive 007 soundtrack, guests will be completely immersed in the world of James Bond.’ 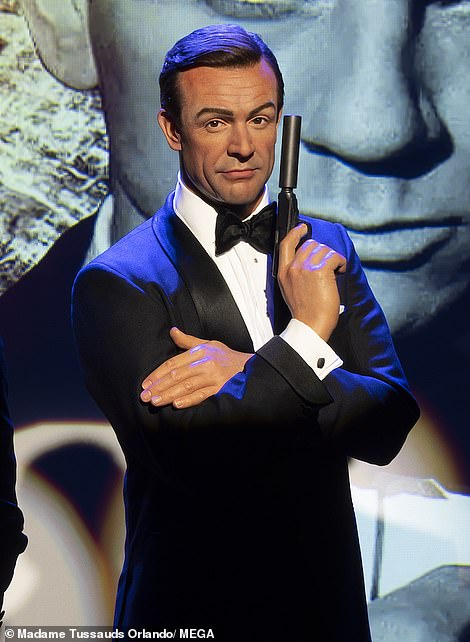 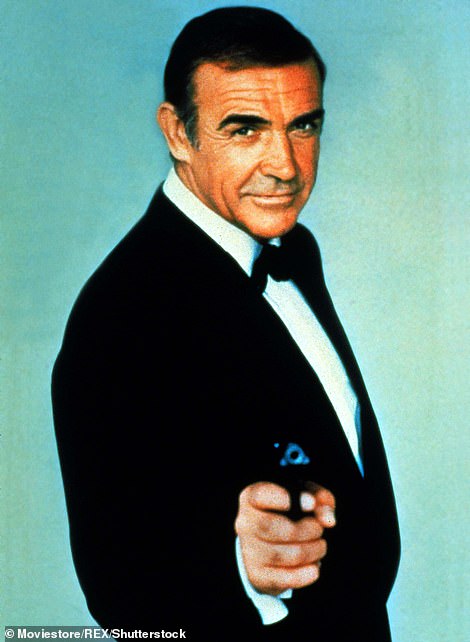 Spot the difference: Sean Conner played 007 from 1962 to 1967. He is seen right in a promotional image for Never Say Never Again 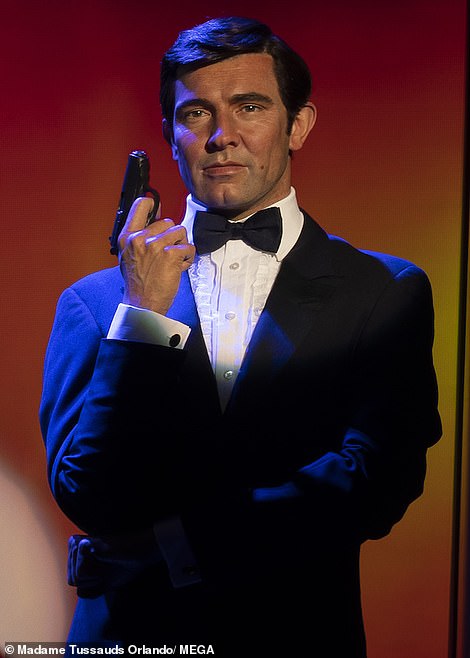 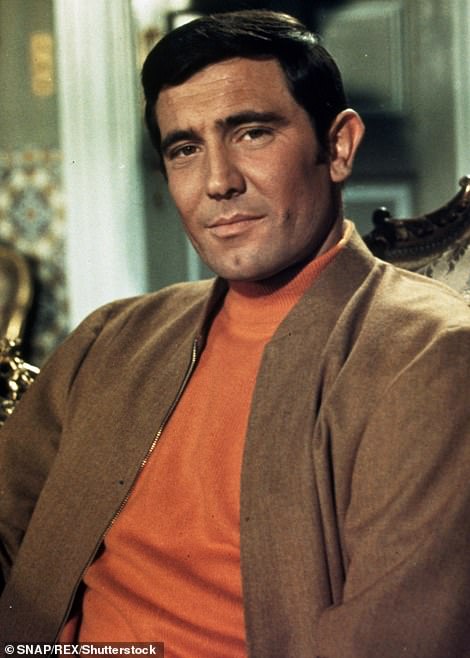 Smooth: George Lazenby appeared in one film – seen right in Her Majesty’s Secret Service in 1969 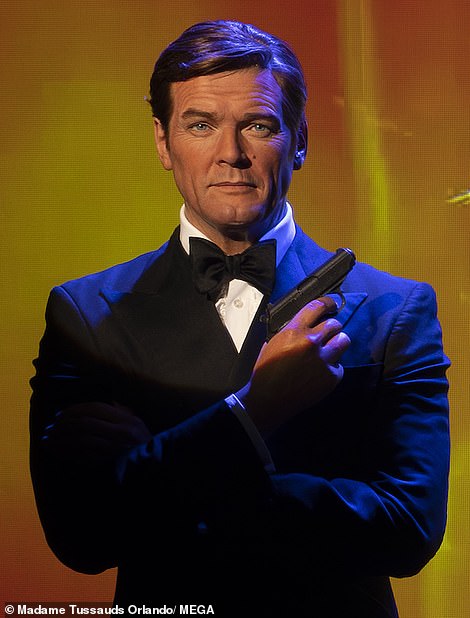 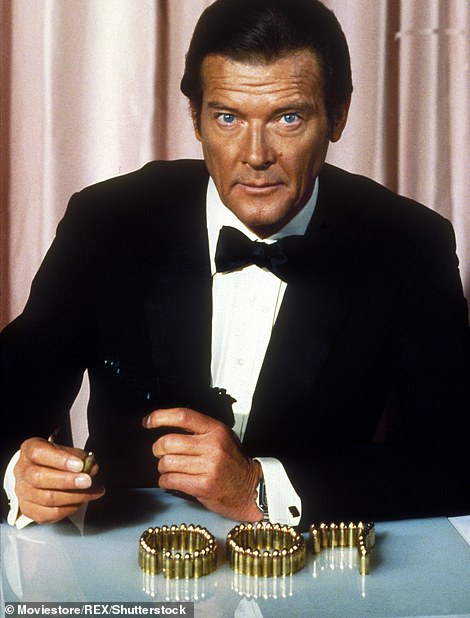 No mistaking that chin dimple: The late Roger Moore racked up seven movies from 1973 to 1985. He is seen right in 1983’s Octopussy 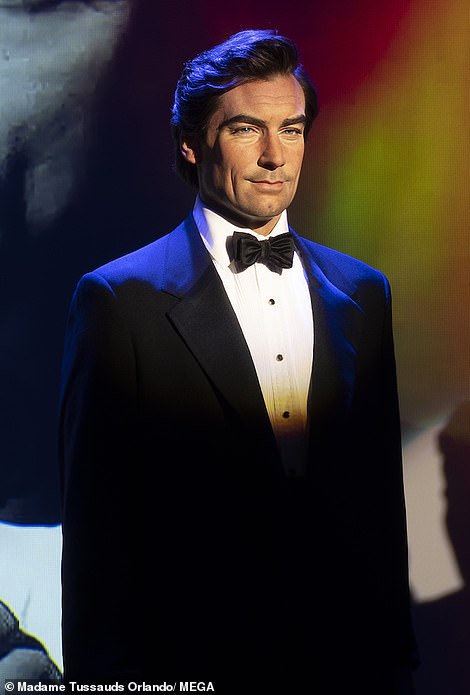 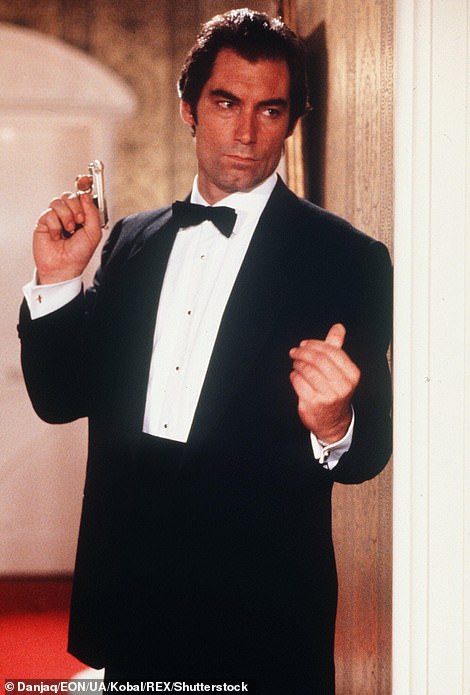 What a thrill: Timothy Dalton played Bond in two films from 1987 to 1989. He is seen right in Licence To Kill 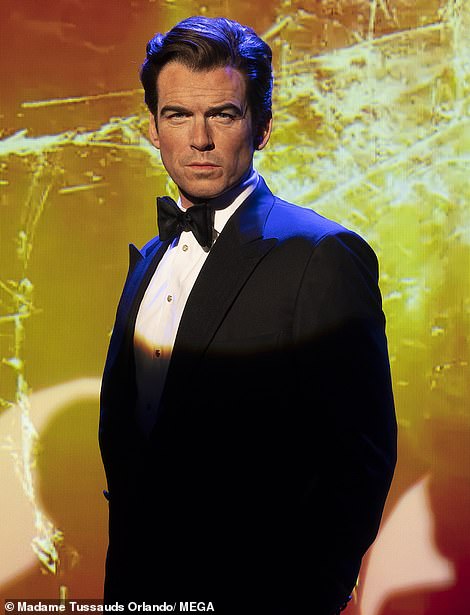 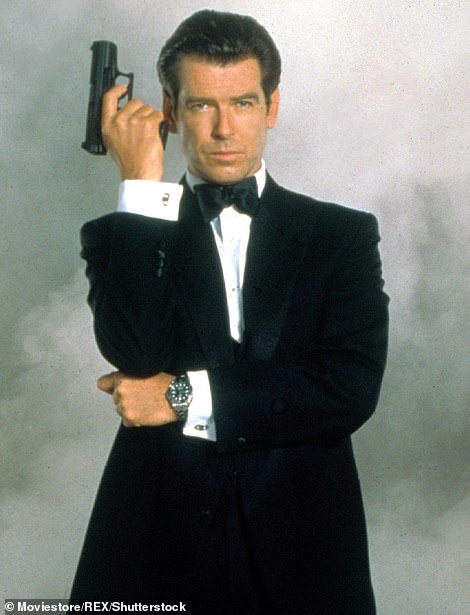 Fan favorite: Pierce Brosnan made four movies between 1995 and 2002. He is seen right in a promotional image for Tomorrow Never Dies 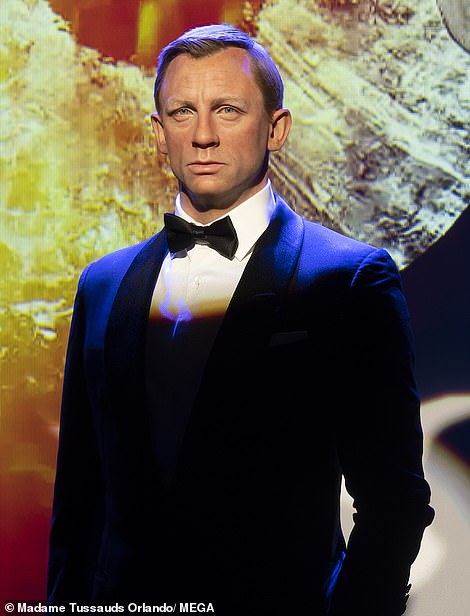 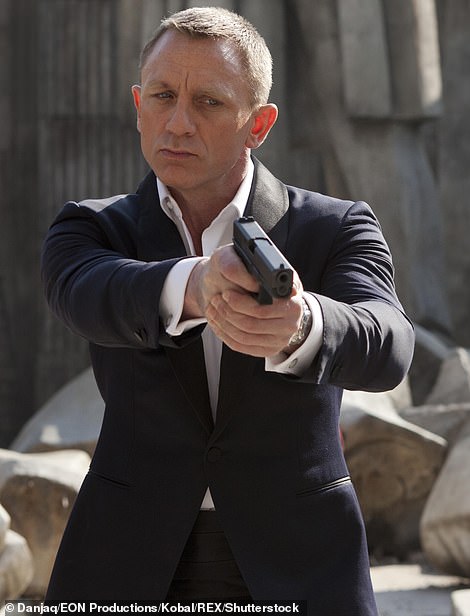 Double oh heaven:  Daniel Craig has played Bond since 2006. He is seen right in 2012’s Skyfall

Created in collaboration with the Bond franchise’s EON Productions, each figure will feature a classic 007 suit based on the original outfits designed by Oscar-winning costume designer, Lindy Hemming.

The six figures will stand together against a floor-to-ceiling video display.

While interacting with the figures, guests will hear their favorite 007 theme songs and see a montage of footage from the films.

The spy franchise has reportedly grossed nearly $7 billion to date, the fourth highest after the Marvel movies, Star Wars and the Wizarding World films. 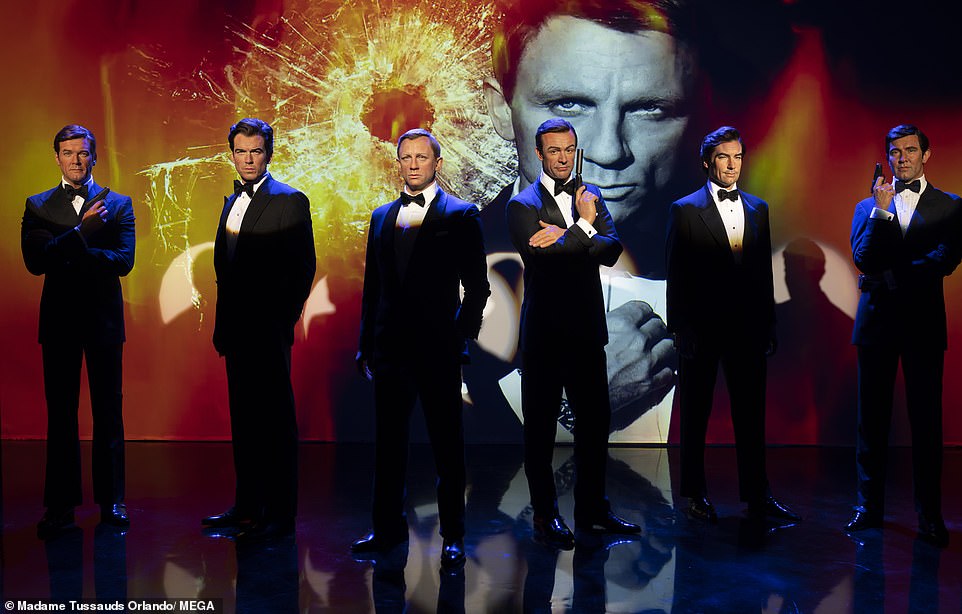 Stunning display: With video, lighting and an interactive 007 soundtrack, guests will be immersed in the world of James Bond

Meanwhile, it was revealed earlier this year that Lashana Lynch, 31, will be the next agent to take on the role of 007 after James leaves MI6.

The story begins with Bond retired in Jamaica. But spymaster M – played by Ralph Fiennes – calls him back in desperation to tackle a new global crisis.

A movie insider said: ‘There is a pivotal scene at the start of the film where M says “Come in 007,” and in walks Lashana who is black, beautiful and a woman.

‘It’s a popcorn-dropping moment. Bond is still Bond but he’s been replaced as 007 by this stunning woman.’

Daniel and Lynch have been spotted filming No Time To Die in Italy among the ruins of Ancient Rome these past few weeks.

Swapping numbers: Daniel, 51, has been filming No Time To Die in Italy after M pulled James Bond out of retirement. Daniel may be back as James Bond but his 007 has been given to a new agent, played by Lashana Lynch (right) 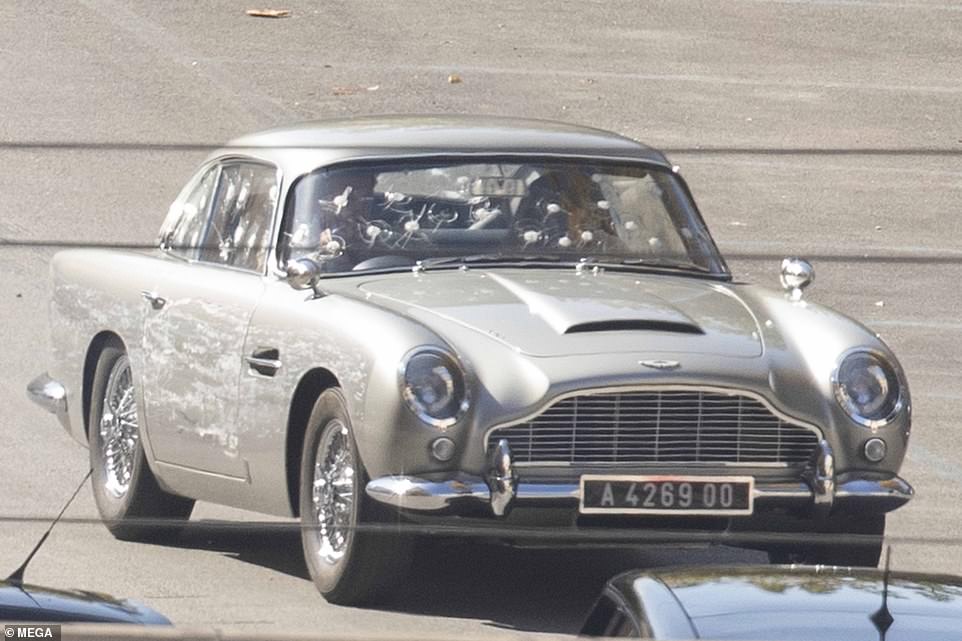 Bella macchina: James Bond’s Aston Martin is riddled with bullet holes and scratched up as they continued to film scenes for No Time To Die in Southern Italy on Monday