‘My children are the greatest gift’: Mother’s loving posts about her family before she was ‘shot in the head with a nail gun by her apprentice builder stepson’

The mother shot in the head with a nailgun by her stepson on Christmas Day posted loving messages about her family online in the days before the alleged attack.

Police will allege the young man grabbed the tool from his car and opened fire on his mother from close range.

Three days before the alleged assault, Ms Narayan shared a post on Facebook which said: ‘My children are the greatest gift I’ve ever received.

‘I love them with all my heart’.

Aakash Narayan, 20, pictured here with his stepmother Ragni Narayan in a family photo 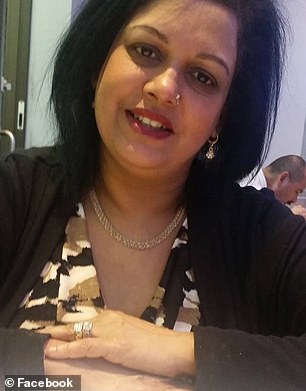 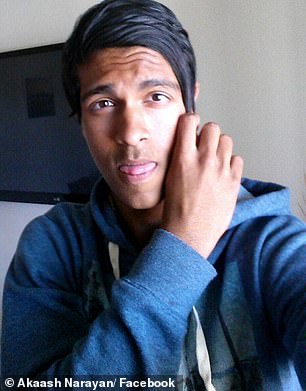 Ms Narayan (left) was allegedly shot with a nail-gun by her step-son Mr Narayan (pictured right) an apprentice builder, who police allege then fled the scene 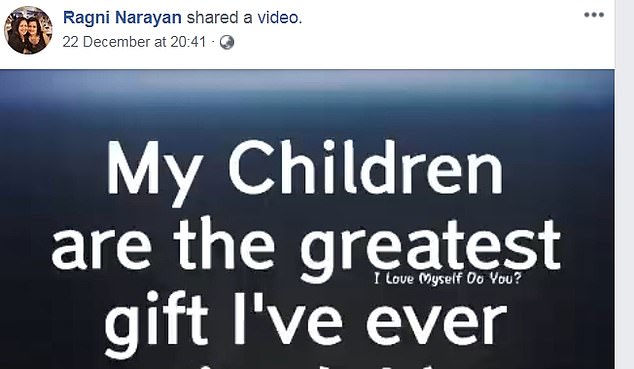 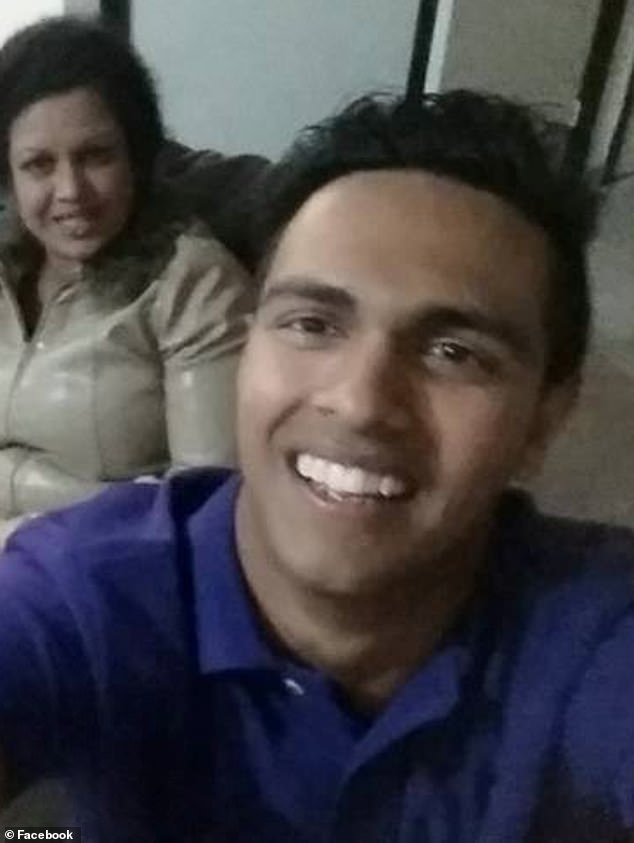 ‘I love them with all my heart,’ Ms Narayan said about her step-son (pictured together)

Another post said: ‘My child… I pray that you are happy and surrounded by friends.

‘A part of me still needs to hear these things from you… you will always be my baby’.

Police will allege Mr Narayan fled the scene of the alleged Christmas carnage.

He was arrested on a nearby street several hours later, about 3.40am.

He was formally charged with wounding with intent to murder, domestic violence related.

Mrs Narayan was rushed to hospital in a critical condition, but Daily Mail Australia understands her condition had improved as of Thursday morning.

A Liverpool Hospital spokeswoman told Daily Mail Australia Mrs Narayan is now in a stable condition, a medical term which means her vital signs are within normal limits.

The Nine Network reported neurosurgeons were scheduled to carry out tests to ‘determine whether she’s been left with permanent brain damage’.

Magistrate Peter Miszalski asked for the case to be adjourned for eight weeks. Narayan did not appear via video link and bail was formally refused.

Family and friends appeared at court to meet with his Legal Aid lawyer but declined to comment to media. 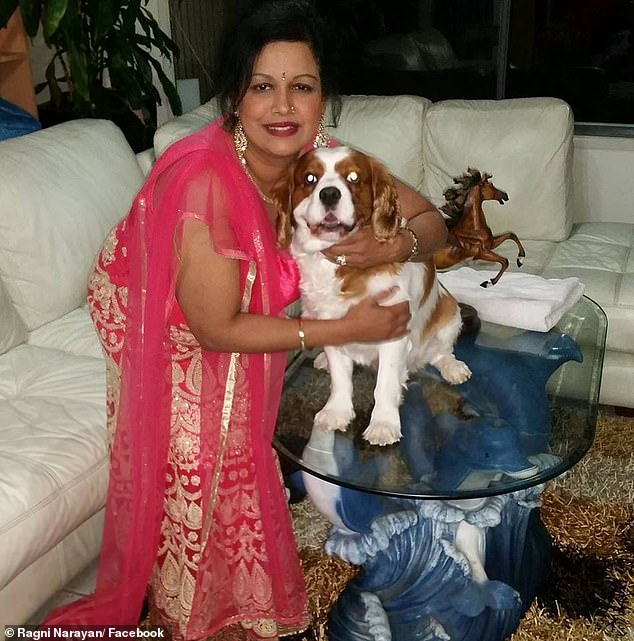 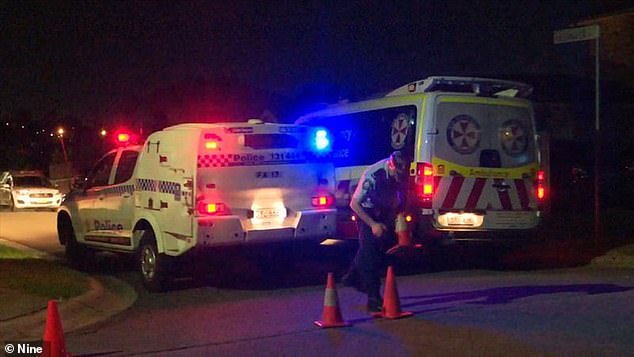 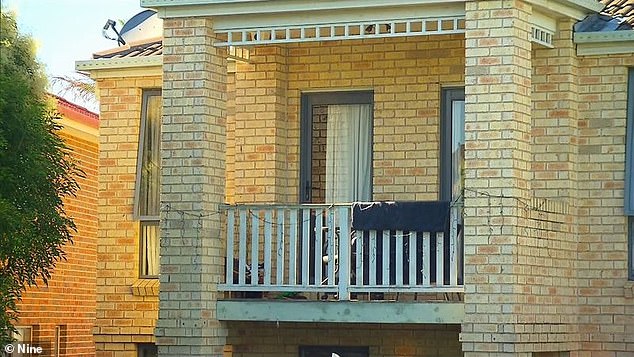 Emergency services were called a home in Bonnyrigg Heights in Sydney’s south-west at around 10.30pm on Tuesday following reports a woman had been injured

‘They were celebrating Christmas,’he said.

‘We’re not sure what actually started the incident, it was just immediate family there.’

Neighbour Slavija Sbasa told the Nine Network: ‘It was a bang, a really loud bang, and then I heard screaming’.

Another neighbour told Daily Mail Australia there had been commotion at the home previously. ‘You know the answer but I don’t want to say it’.

Narayan, from Currans Hill, has been remanded in custody at the Amber Laurel Detention Centre in Emu Plains.

His matter returns to court on March 7.

Daily Mail Australia understands police will bring an apprehended violence order against Mr Narayan to court on his step-mother’s behalf on January 11.