The owner of Paddy Power has been accused of plying a fraudster with cash bonuses and free hospitality tickets as he bet hundreds of thousands of pounds of stolen money.

Flutter, a FTSE 100 firm, is defending itself in the High Court against claims it allowed Tony Parente to bet £282,000 of defrauded funds. Paddy Power bookmakers accepted £127,000 in bank notes over the counter over an eight-week period, the court heard, but staff did not raise the alarm.

Parente was allowed to gamble and go to events even after staff labelled his betting as ‘wild’. Parente admitted defrauding more than 20 people, including his own sister, to fuel his gambling habit, and he received a suspended jail sentence in 2017.

His ability to bet so much stolen money led to harsh criticism against the gambling industry. Bookmakers are required by law to keep crime out of gambling.

The high-profile case has forced Dan Taylor, chief executive of Flutter’s international division, to admit in court that he was ‘deeply embarrassed’ by what happened.

The court heard how the bookmaker lavished Parente, an addicted gambler, with free tickets to Arsenal games worth £3,000, as well as hospitality days at the Grand National and Cheltenham horse race meetings.

He was allowed to gamble despite senior Paddy Power staff knowing he was based in Dubai, where it is illegal to bet. 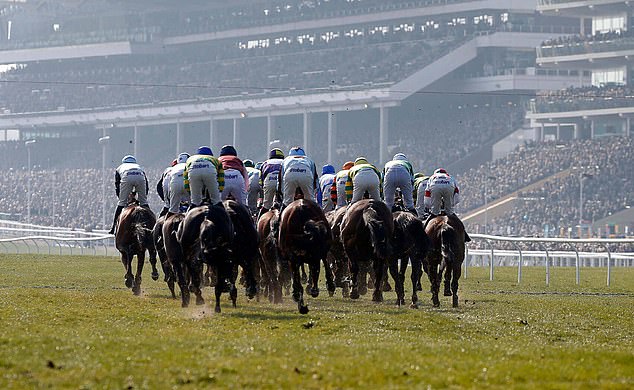 Sweetener: Parente was also lavished with hospitality days at the Grand National and Cheltenham (pictured)

Flutter is being sued by a former business associate of Parente, who claims he is owed £282,000.

Amarjeet Singh Dhir alleges that Parente stole from him to feed his habit, and Flutter should have stopped him.

Flutter denies this and is defending the claim.

The court heard that Parente, 41, suffered from a severe gambling addiction, and lost £3.4million over three years with Ladbrokes, Paddy Power, Bet365 and William Hill.

He signed up to Paddy Power in 2015 after he was scouted by a professional introducer, called Tony Carroll.

He was known to be a big spender, and so was given a £20,000 sign-on bonus to encourage him to switch from Ladbrokes. 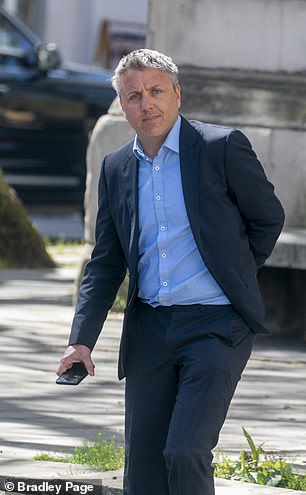 But, according to the claim, there were immediate signs his gambling was out of control.

Staff labelled him a ‘wild man’ after he staked £548,000 in a day, but his account was not suspended and he continued to be given tickets to events.

A few months later Parente admitted he had gambled cash given to him by investors, and that he had a ‘serious’ gambling problem.

In an email, sent to Carroll, he said: ‘I have been guilty of using my company funds and abusing the trust of investors by gambling their funds.

‘Due to the nature of my business I had access to funds which are not all mine. ‘I have been troubled for some time and trying to cope with what I now know is a serious problem.’

It was not until October 2016 that Parente banned himself from Paddy Power’s website.

By then records show he had handed over huge sums of cash to a Paddy Power shop in north London.

Kennedy Talbot QC, representing Dhir, told the court last week: ‘Mr Parente had confessed that he was a problem gambler and, on that basis alone, he should never have been admitted to an account.

‘Mr Carroll also certainly had the knowledge by January 2016 that Mr Parente was stealing to fund his habit.’

In its defence, Paddy Power said that it did not know that Parente was an addict, or betting stolen money, as Carroll was not an employee or ‘agent’ of the firm.

Flutter executive Dan Taylor added: ‘Our approach to responsible gambling was not good enough. Mr Parente was able to spend more than was affordable and, for that, I’m deeply embarrassed.’

Parente was never punished for taking Dhir’s money because the tycoon elected not to press charges. Parente was convicted for a separate fraud committed in the UK.

The case has revealed some of the tactics used by the major bookmakers to win over high-flying customers.

Tony Carroll, and his wife Ericka, were paid a quarter of their clients’ losses, and were expected to bank around £130,000 for introducing big-spending gamblers to Paddy Power.

The row came a month after former deputy Labour leader Tom Watson, who was one of the gambling industry’s most vocal critics when he was an MP, joined Flutter’s board as a paid adviser.

He had previously described Paddy Power as ‘dirty and money-grabbing’.

In October 2018 Flutter was fined £2.2million for failing to protect vulnerable customers showing signs of addiction.

Tony and Ericka Carroll are not involved in the court proceedings, and have previously declined to comment on their role as professional introducers.