They are still busy making preparations for their upcoming nuptials in May.

But there could soon be more reason to celebrate with bookies predicting Prince Harry and Meghan Markle will announce news of their first pregnancy this year.

While the Duchess of Cambridge is just weeks away from welcoming her third child, there could soon be another royal baby on the way according to Ladbrokes.

The bookmakers now make it just a 2/1 shot the happy couple announce that they are expecting a baby before the year is out.

Another royal baby? There could soon be more reason to celebrate with bookies predicting Harry and Meghan will announce news of their first pregnancy this year

Alex Apati of Ladbrokes said: ‘As if one Royal Wedding and one Royal Baby wasn’t enough, it’s looking increasingly likely there’ll be even more good news coming from Buckingham Palace later this year.’

The couple, who currently live together at Nottingham Cottage in Kensington Palace, will tie the knot in St. George’s Chapel, Windsor Castle, on 19th May – just five months before Harry’s cousin Eugenie weds Jack Brooksbank at the same venue.

The news comes just days after the bride-to-be’s former sister-in-law claimed Meghan is ‘desperate for kids’ and is likely to try for a baby on her honeymoon. 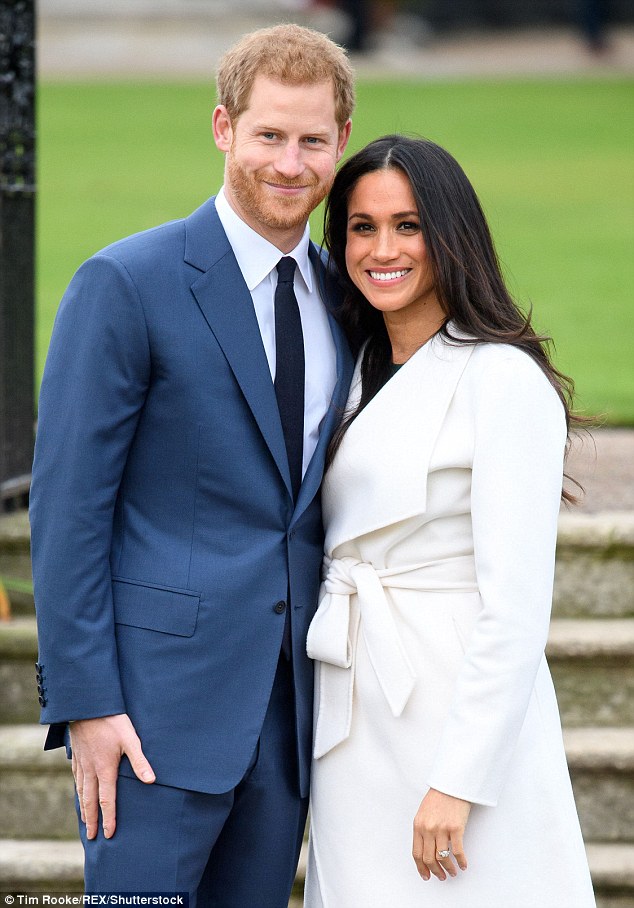 Happy news: The bookmakers now make it just a 2/1 shot the happy couple announce that they are expecting a baby before the year is out

Erin Specht claimed the US actress ‘will get pregnant in her first year of marriage’.

If the couple are indeed planning to welcome their first child in the next year, it will contradict their comments on starting a family during their televised engagement interview in November.

When asked if children were on the cards, Harry replied: ‘Not currently, no. No, of course, you know, I think one step at a time, and hopefully we’ll start a family in the near future.’