Boost for North as BP plans hydrogen plant on Teesside

BP is planning to build the UK’s largest hydrogen plant as it ramps up efforts to go green.

The FTSE 100 oil supermajor said the proposed facility on Teesside in north-east England could provide energy for local industry and homes by 2027 or even sooner.

The plans are a major boost for the region, which has struggled economically after losing heavy industry in the 1980s and is part of the so-called ‘Red Wall’ where Boris Johnson won Labour-held seats in the 2019 election.

The prospect of further investment comes hot on the heels of Chancellor Rishi Sunak’s Budget announcements for a free port in Teesside and a northern outpost of the Treasury in nearby Darlington.

Tees Valley mayor Ben Houchen said the area was ‘uniquely placed’ for BP’s plant, adding: ‘This is a huge vote of confidence in our region.’ 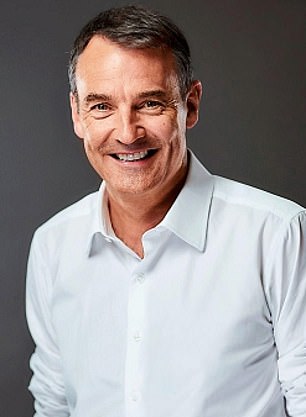 The Government is keen to set up what is described as a ‘clean hydrogen industrial cluster’ in Teesside.

The BP project – dubbed H2Teesside – could generate one gigawatt (GW) of power by 2030, a fifth of the Government’s 5GW target.

It is understood that the Teesworks site – Europe’s largest expanse of brownfield land where the Redcar steelworks once stood – is being lined up as a possible location.

The company will make a final decision on whether to build the proposed plant in 2024. It has not said how much it would cost.

Hydrogen is a clean energy source that does not produce carbon when it is burned and is already being used to fuel buses and cars.

However, H2Teesside would make so-called ‘blue’ hydrogen, which is created with natural gas and releases huge amounts of carbon.

BP plans to capture these emissions and funnel up to 2m tonnes of CO2 a year into empty areas under the North Sea. It has already agreed to work with chemicals group Venator to see if it could provide power to the company’s flagship Teesside factory.

National Grid has struck a £14billion deal to take over Britain’s biggest electricity producer in its latest shift away from fossil fuels.

The company will buy Western Power Distribution (WPD) from its American owner PPL.

And National Grid will also put a majority stake up for sale in National Grid Gas, which owns the UK’s national gas transmission network.

The WPD deal means National Grid is putting itself in pole position for the electric car revolution and the fight against climate change.

Electricity generated by renewables is expected to take a far greater role in the network in the coming decades as the UK aims to become carbon neutral – with gas gradually being phased out.

Hydrogen is a key pillar of the Prime Minister’s strategy to cut Britain’s carbon emissions and get the country to net-zero by 2050.

But critics argue ‘blue’ hydrogen is only an interim solution at best, and ministers should focus on ‘green’ hydrogen, which uses renewable power and electrolysis in water and does not produce any carbon.

Plans for the site are part of BP chief executive Bernard Looney’s wide-ranging strategy to turn the company into a carbon-neutral green energy giant by 2050.

It will invest billions of pounds in the coming years – and has already made big investments in offshore wind power – despite its profits being hammered during the Covid crisis.

Looney said: ‘Hydrogen will be a hugely important part of the energy future and today we’ve announced plans for the UK’s largest hydrogen project.

‘This project can drastically cut emissions, support thousands of local jobs and help the UK move towards its net zero goal.’