Border Force intercepts up to 40 migrants off Dover coast

Up to 40 migrants have today made it into Britain on small boats after crossing the Channel on three rigid-hulled inflatable boats.

One of the boats, which were intercepted off Dover, is believed to have brought 25 asylum seekers.

The migrants are understood to have been intercepted by Border Force officers off the Kent coast this morning.

It comes after a record 93 attempted the crossing on Tuesday, with 21 trying to enter Britain the very next day. 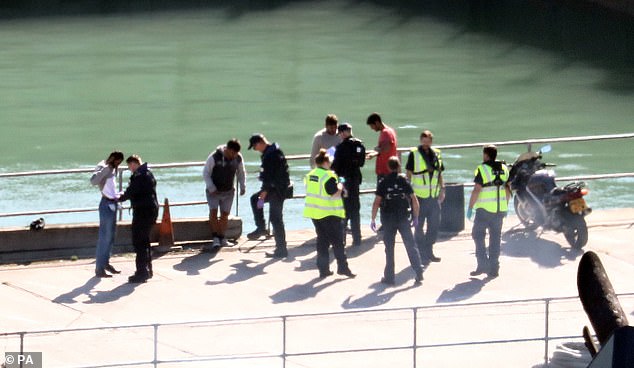 Suspected migrants are pictured this morning in Dover, Kent, after three vessels were intercepted off the coast 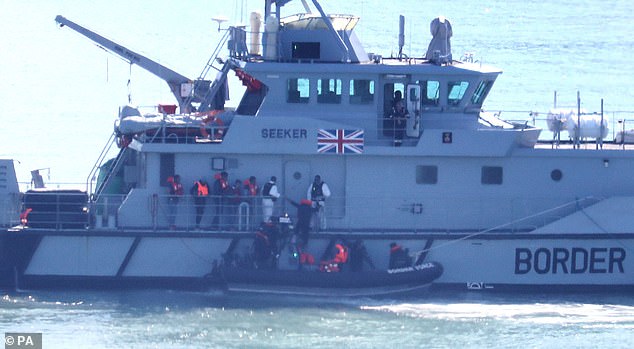 A group of males (pictured) are brought ashore after the Border Force intercepted their boat in Dover, Kent

A total of 1,127 have cross the Channel this year. The Home Office has confirmed that it is dealing with three incidents today.

Today’s incidents follow a spate of crossings in recent weeks, believed to have been prompted by calm summer seas and the impending Brexit deadline which has spread rumours in migrant camps that Britain will be harder to enter come the autumn.

On August 31 a fleet of dinghies carrying scores of suspected illegal migrants was intercepted on its way to the Kent coast. In all, 66 people were detained and being dealt with by immigration officers.

Some had been aboard vessels which were intercepted by Border Force officials while others were detained after managing to make it ashore. 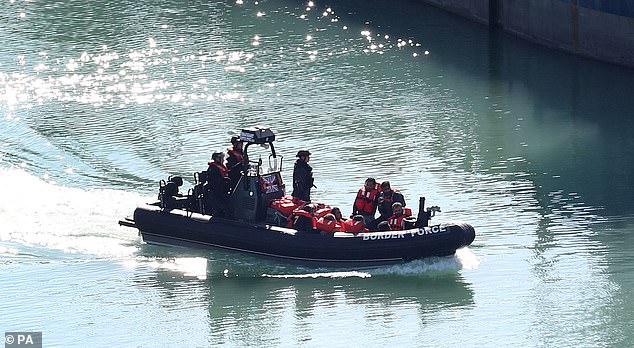 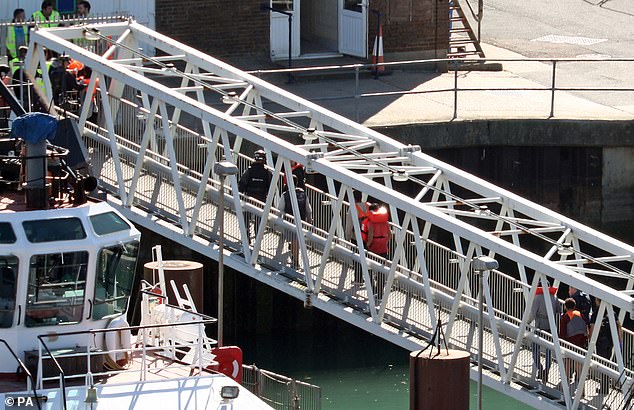 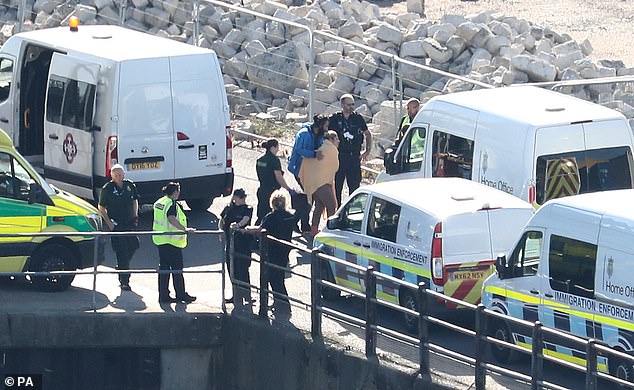 One incident on the day saw a boat carrying 27 adults and eight children intercepted. At the same time, another vessel carrying 16 people was escorted to Dover.

One group aboard a dinghy came ashore on the beach at Kingsdown, three miles south of the town of Deal.

Its eight male occupants – all Iranian – were detained by police and handed over to immigration officers. Migrants aboard other vessels included Iraqi, Syrian and Kuwaiti nationals.