Migrants trying to cross the Channel into Britain in dinghies has surged in recent months as dozens are rushing to get to the UK to beat the Brexit deadline, a French official claimed.

Border guards have caught 55 migrants trying to get into Britain, most of them in tiny boats, in just a week, with 48 migrants caught in as many hours.

In three separate incidents on Wednesday, 23 migrants including a four-year-old child, were discovered over the course of just 12 hours.

All had risked their lives travelling across some of the busiest shipping lanes in the world in small, open boats to reach Britain.

On Friday at around 1am in the morning seven Iranian men were found in a damaged inflatable dinghy on the Dover beach in Kent. 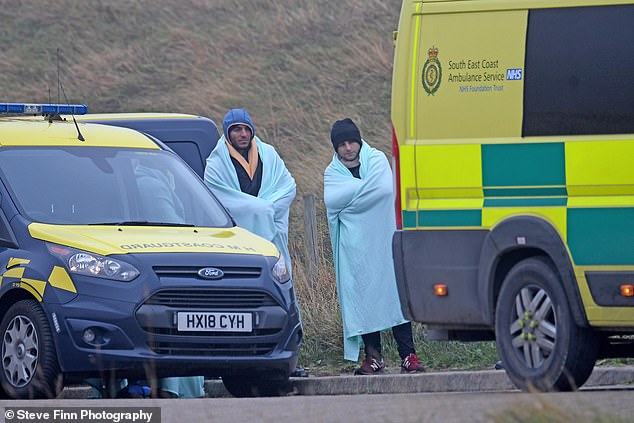 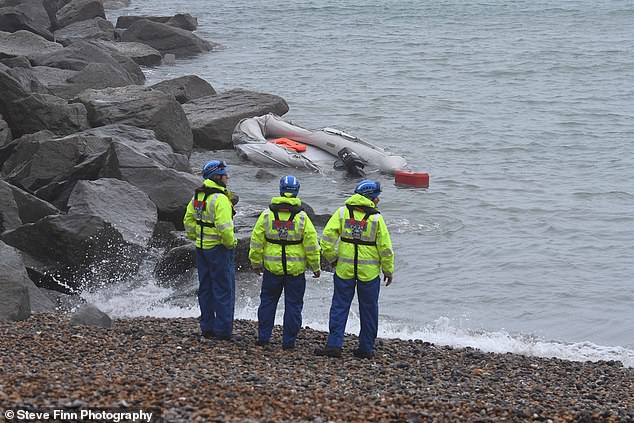 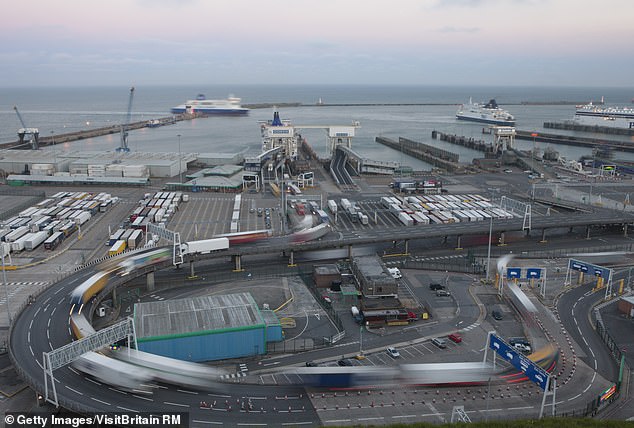 Border force officials have caught 55 migrants trying to get into Britain, most of them in tiny boats off the coast in Dover, Kent,, in just a week, with 48 migrants caught in as many hours

A boat stolen from Boulogne was found to have 17 Iranians, including three children, on board who had sailed it across the English Channel.

They were intercepted in a Rigid Hulled Inflatable Boat (RHIB) by the Coastguard and the UK Border Force at the entrance to the Port on Tuesday.

The next day another group of nine Iranians, made up of seven men, a woman and a child, were picked up on a small vessel in the early hours of the morning.

The same day a dinghy with ten Iranians on board was found at around 9.15am and was escorted into Dover by a lifeboat.

Around at 2pm on Wednesday afternoon a tanker called the Border Force to say the vessel had picked up five migrants in the Channel.

Seven suspected migrants were found in a lorry arriving from France at Dover in a separate incident on Tuesday, where one person was said to need medical attention. 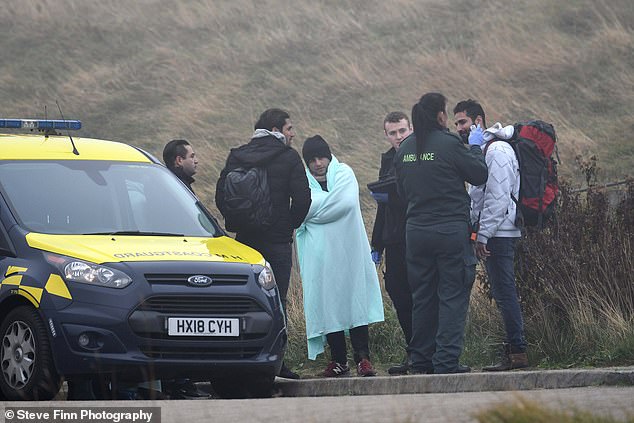 The group of seven Iranian men were handed over to UK Border Force officials on their arrival in Dover, Kent, on Friday 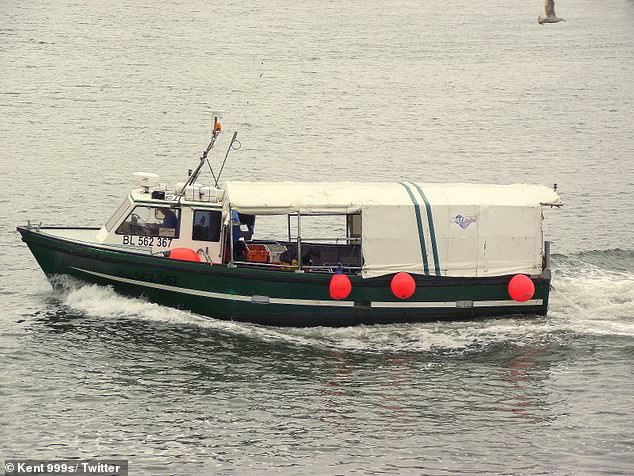 A fishing boat stolen in Boulogne was found to have 17 Iranians, including three children, was sailed across the English Channel

It is thought the ‘unprecedented’ surge in migrant crossings in partly down to a rush by refugees at French coastal towns desperate to get to the UK before the March Brexit deadline.

Lieutenant Ingrid Parrot, spokeswoman for the French Maritime prefecture, the Border Force equivalent in France, said that the theft of the Boulogne boat was an ‘unprecedented operation’ by migrants.

She told the Telegraph that criminal people smuggling gangs had become more sophisticated and that ‘migrants are seeking to cross before Brexit’.

‘It has stepped up massively since the Brexit vote,’ he says. ‘The closer we get to March, the more people are starting to panic.’

Fisherman Matt Coker rescued four Iranian migrants, including one woman, from the sea off Dover in June. 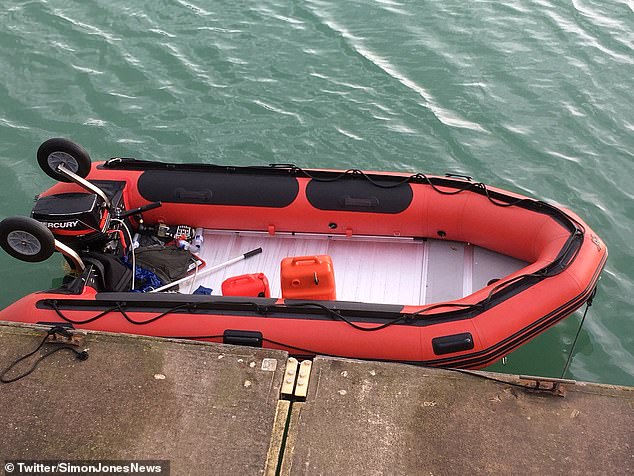 The 38-year-old told the Telegraph: ‘It has stepped up massively since the Brexit vote. The closer we get to March, the more people are starting to panic.’

He also told Sky News: ‘As we got closer I could see it wasn’t actually the flag of a gill net, but people holding up oars, waving them and frantically panicking. They had been drifting for a few days in a three-man, blow-up pleasure dinghy.’

Dover MP Charlie Elphicke said after the discovery on Wednesday that the lengths migrants are going to shows how desperate they are.

He added: ‘These attempts to break into Britain are coming thick and fast and becoming more shocking by the day.

‘That people would take the risk of crossing the Channel on a small open boat with a toddler on board shows just how desperate they are.

‘It underlines yet again why we need to increase the number of vessels patrolling our border. Having just two cutters is simply not enough of a deterrent.

‘The Home Office must act urgently to tackle this growing problem – and boost our borders budget.’