UK border police foiled more than 150 attempts by migrants to break into Britain from France on every day of 2016, new figures revealed today.

Officials blocked 56,000 attempts to illegally travel to Kent from ports on the French side of the Channel.

The figures cover attempts to break into Britain via the ports of Calais and Dunkirk as well as the Eurotunnel and Eurostar terminals.

UK border police foiled more than 150 attempts by migrants to break into Britain from France on every day of 2016, new figures revealed today (pictured are migrants approaching a UK lorry in Calais in March) 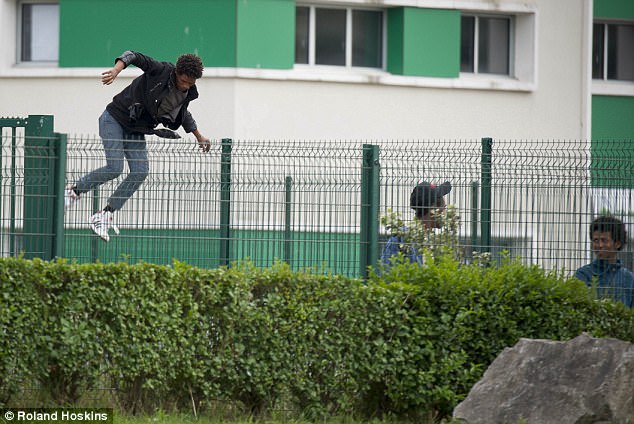 Officials blocked 56,000 attempts to illegally travel to Kent from ports on the French side of the Channel (pictured is a migrant climbing over a security fence in Calais earlier this month)

Today’s data emerged following a Freedom of Information request by the BBC.

‘These figures underline the true scale of the challenge we face – and why we need more investment at our border.

‘This is why we worked so hard to get the Calais Jungle dismantled.’ 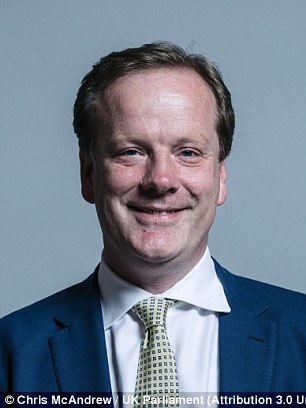 A Home Office spokesman told the broadcaster the figures ‘make absolutely clear that our approach to securing the UK’s border is working’, but said it was not complacent on the issue.

It added: ‘We will continue to work closely with our French counterparts to maintain border security and keep legitimate passengers and trade moving.’

The information is reported in the same week that violent clashes took place in Calais, involving up to 200 migrants.

A number of police officers and migrants have been injured in the latest incidents, which have involved Afghans and Eritreans.

The violence prompted a warning from The Road Haulage Association that UK lorry drivers are being put at risk.

The industry body, which has a long-running campaign calling for the deployment of the French military in Calais, said some drivers chose to divert their vehicles via longer routes to avoid the area.

Some 7,000 migrants were cleared from a makeshift camp in the city last autumn.