Most of us have got old pictures hidden at the back of the drawer that we’d rather not share.

But some brave souls have been posting some of their most embarrassing snaps from over the years online.

From dodgy haircuts to highly questionable fashion choices, the pictures, compiled by Bored Panda, are sure to make you cringe.

Some of those featured somehow manage to look much older than their young years, resembling their parents more than a child.

In fact, those featured in the snaps will probably be the first to admit that these looks should definitely be left in the past…

Social media users have been sharing some of their most embarrassing childhood snaps online. This girl’s fringe was so long it must have been impossible for her to see anything 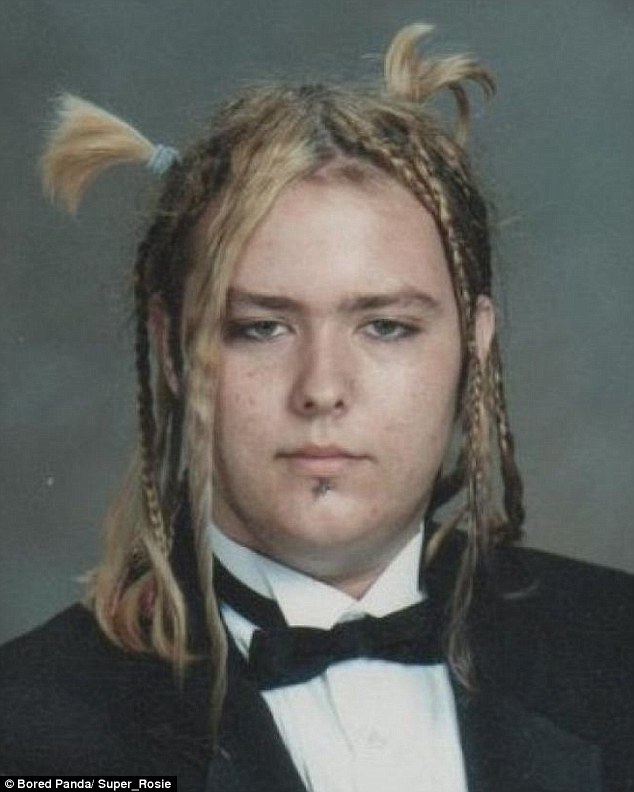 This high school student got very dressed up for his yearbook photo, while sporting a very unusual hair style 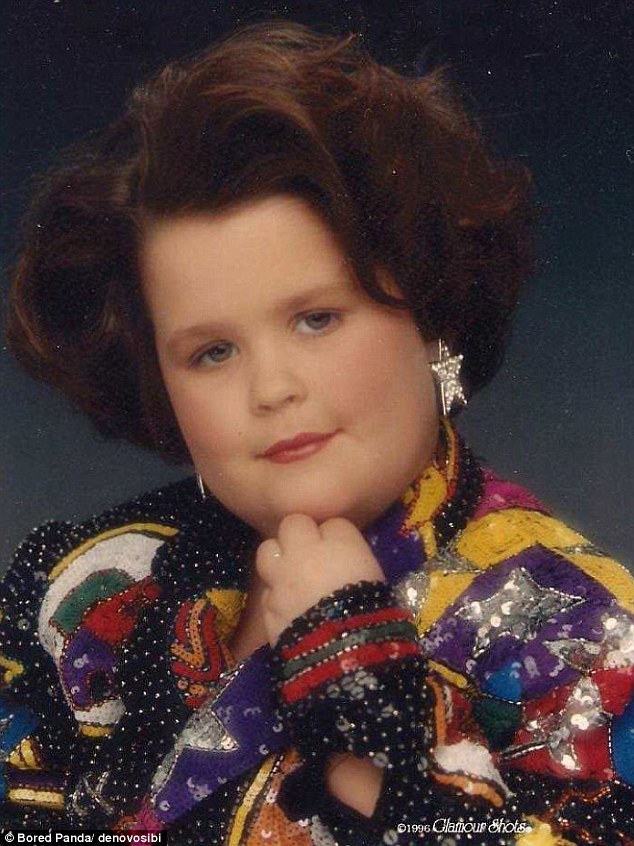 The combination of the hair, make-up and sequin jacket make this seven-year-old look significantly older 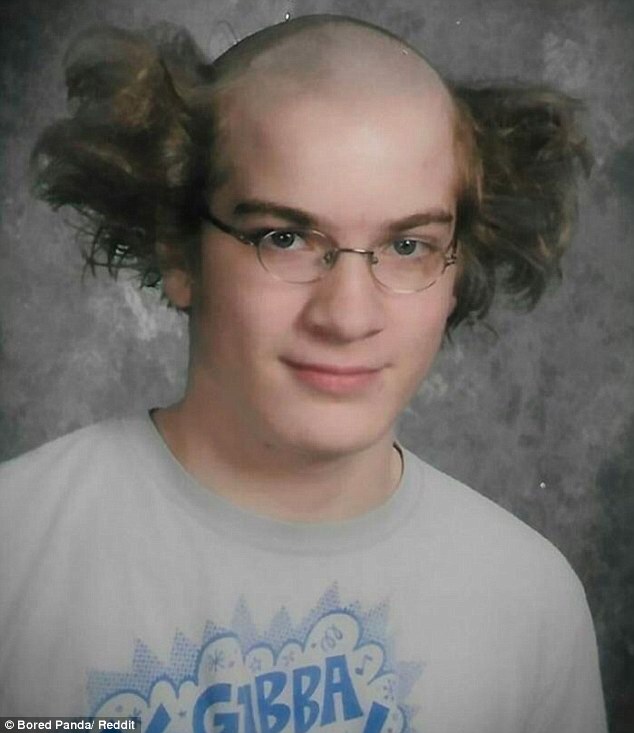 It’s not clear what’s going on with this teenager’s hair style, but it’s certainly not the best look 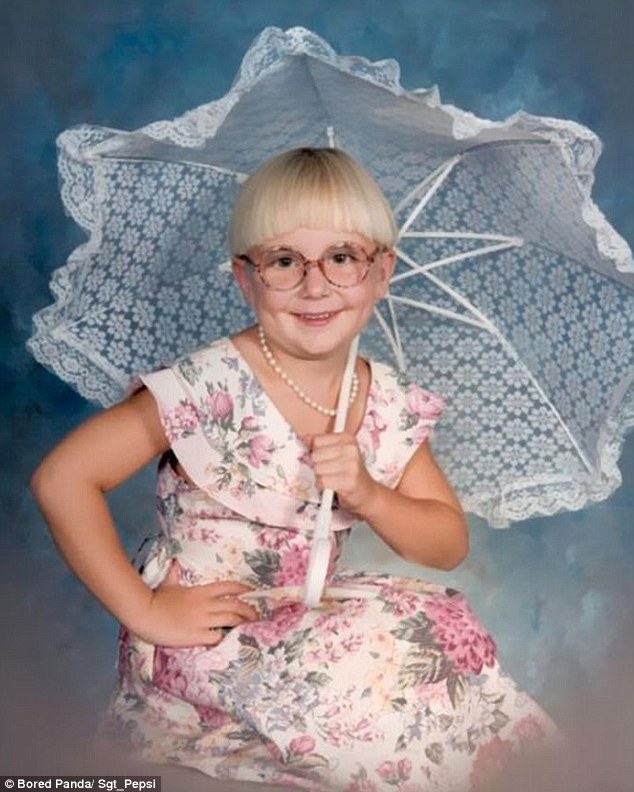 This youngster, who is sporting a rather unusual bowl cut, looks like she’s been playing dress-up with her mother’s wardrobe 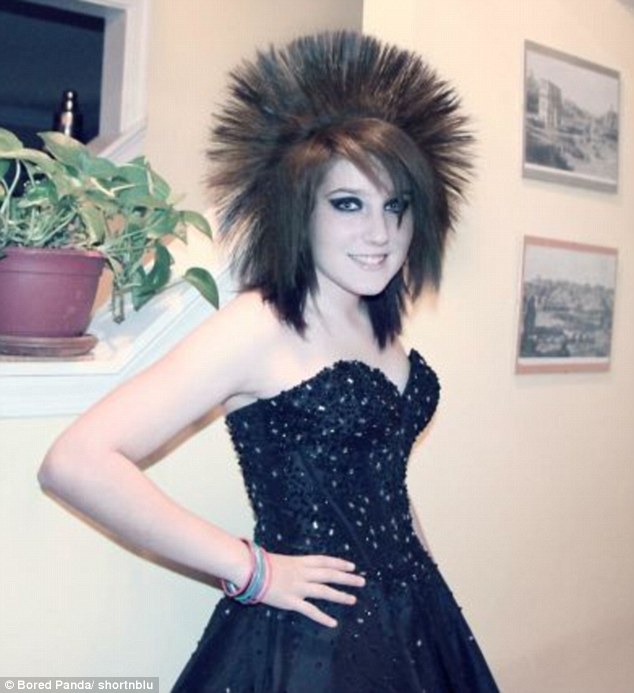 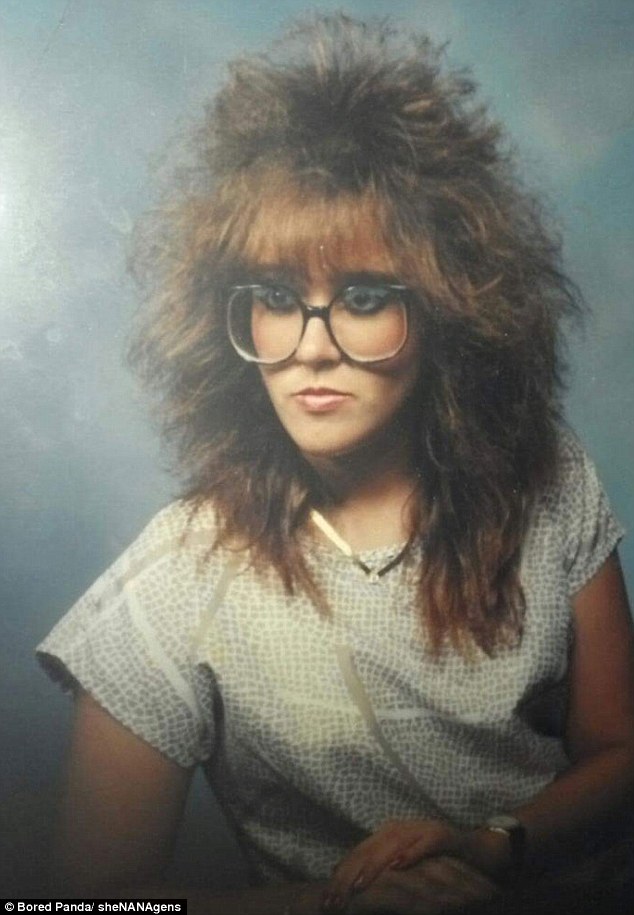 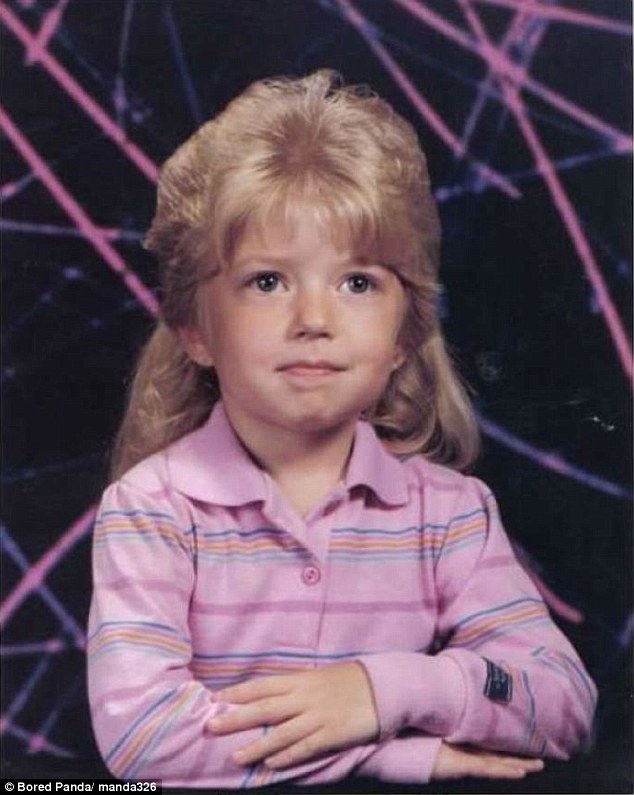 Meanwhile, this little boy was sporting a rather fetching pink polo top – along with a mullet 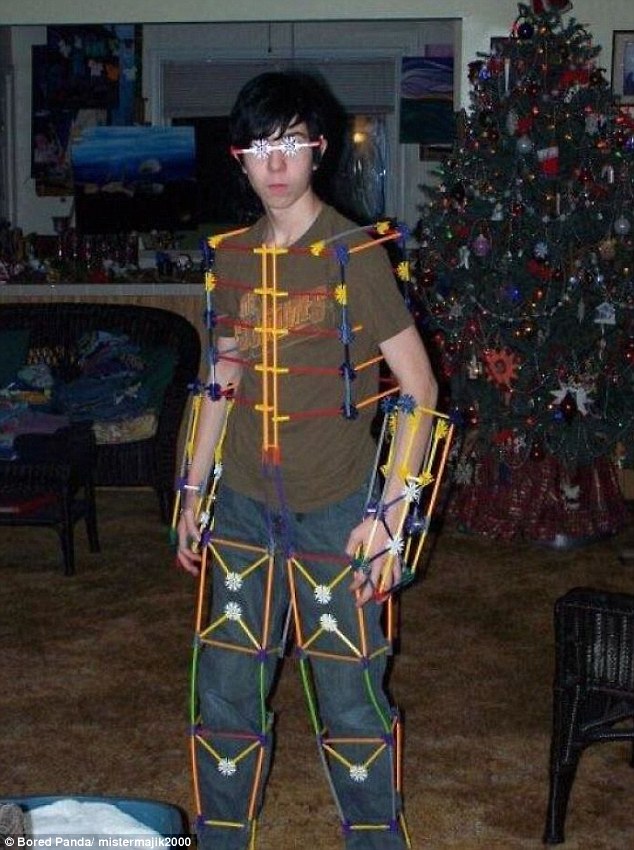 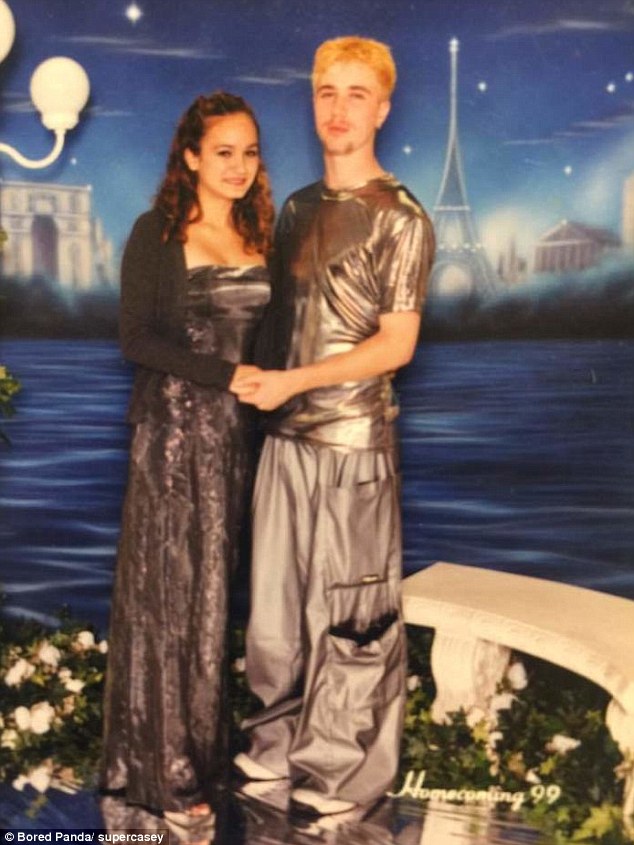 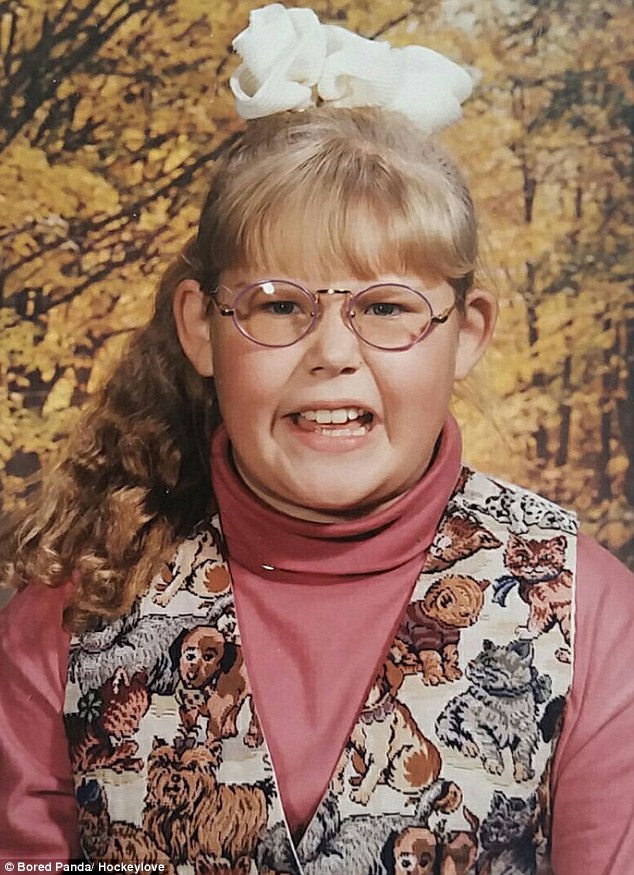 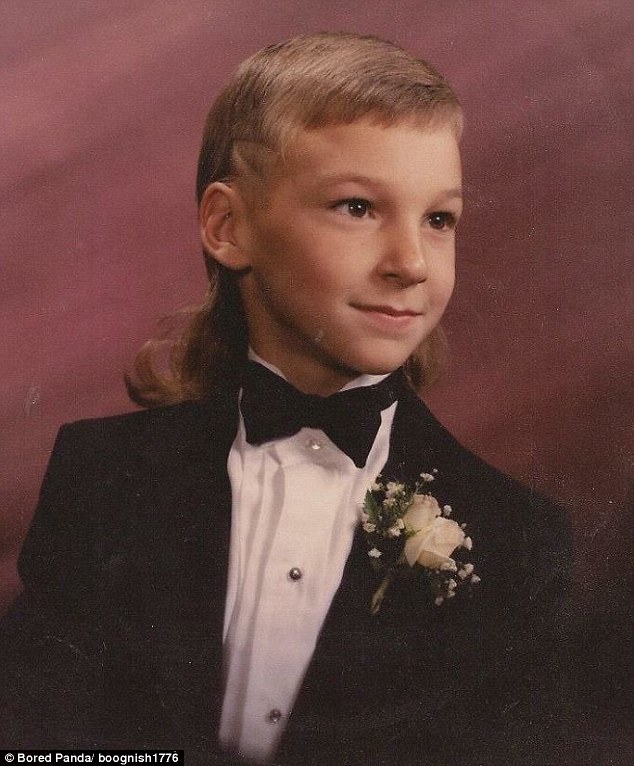 Meanwhile, this boy dressed up in a tuxedo for his yearbook photo – which didn’t detract from his mullet cut 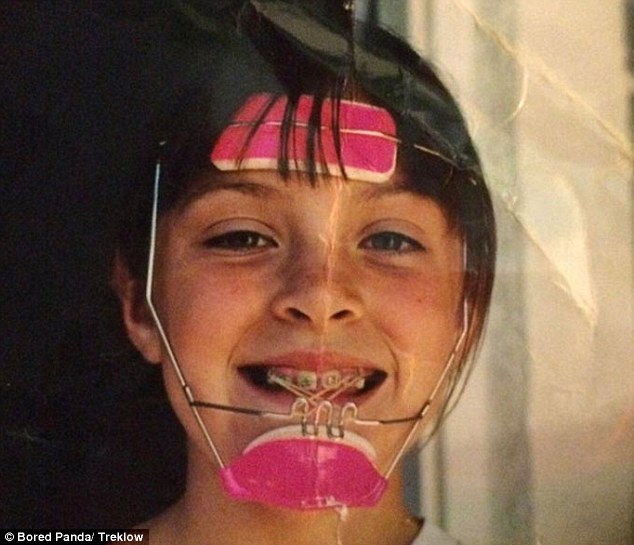 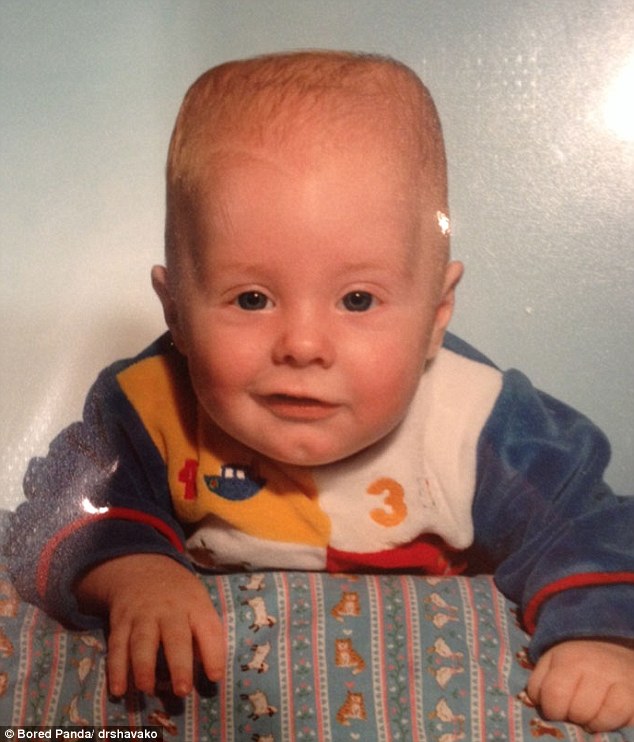 This baby still looks adorable in his picture, despite his square-shaped head 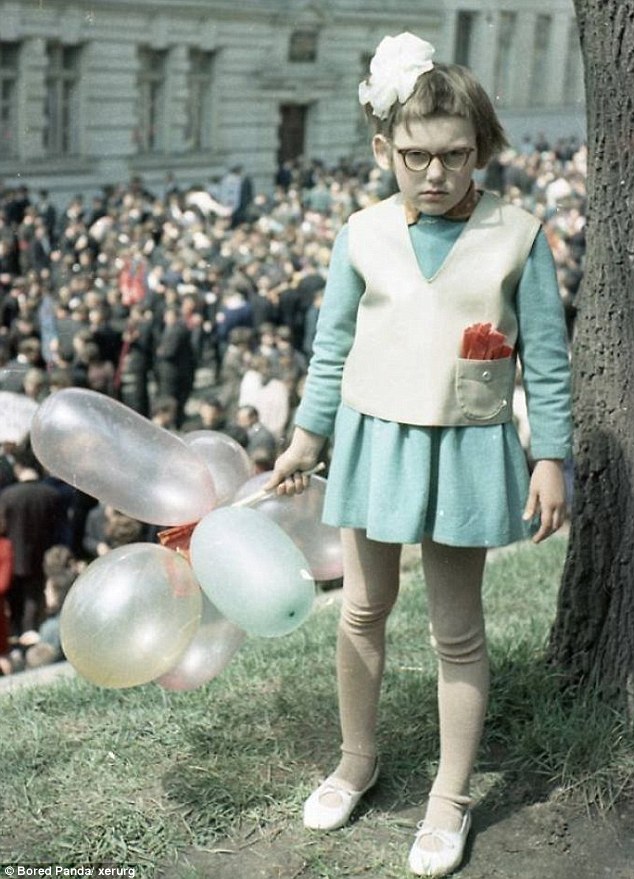 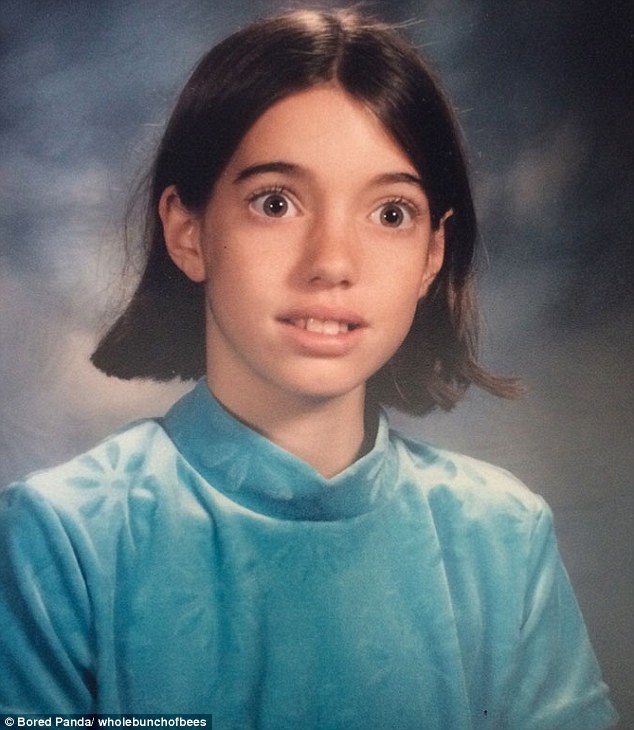 Meanwhile, this high school student looks very much like a rabbit caught in the headlights in this picture