From snoozing at the picnic table to photographing BRICKS, brilliantly candid snaps reveal the hilariously mundane side of holidays

This new photography book – Bored Tourists – explores the mundane side of holidaying rarely seen on Instagram, with tourists caught off guard as they go about their travels.

Compiled by British photographer Laurence Stephens, the unfiltered images were snapped at locations across Spain and Portugal.

One shot captures a group of young travellers looking bored and exhausted as they loll around a picnic table, while another image shows a man look unenthused during a museum tour.

Stephens also photographed tourists fixated on bizarrely dreary subject matters, with one man filming a watermelon with his camera and another photographing a pile of red bricks.

Scroll down for the hilariously humdrum side to holidays…

Sleepy hollow: New photography book Bored Tourists explores the mundane side of holidaying rarely seen on Instagram, with tourists caught off guard as they go about their travels. Above, a group of young travellers look thoroughly bored as they loll around a picnic table 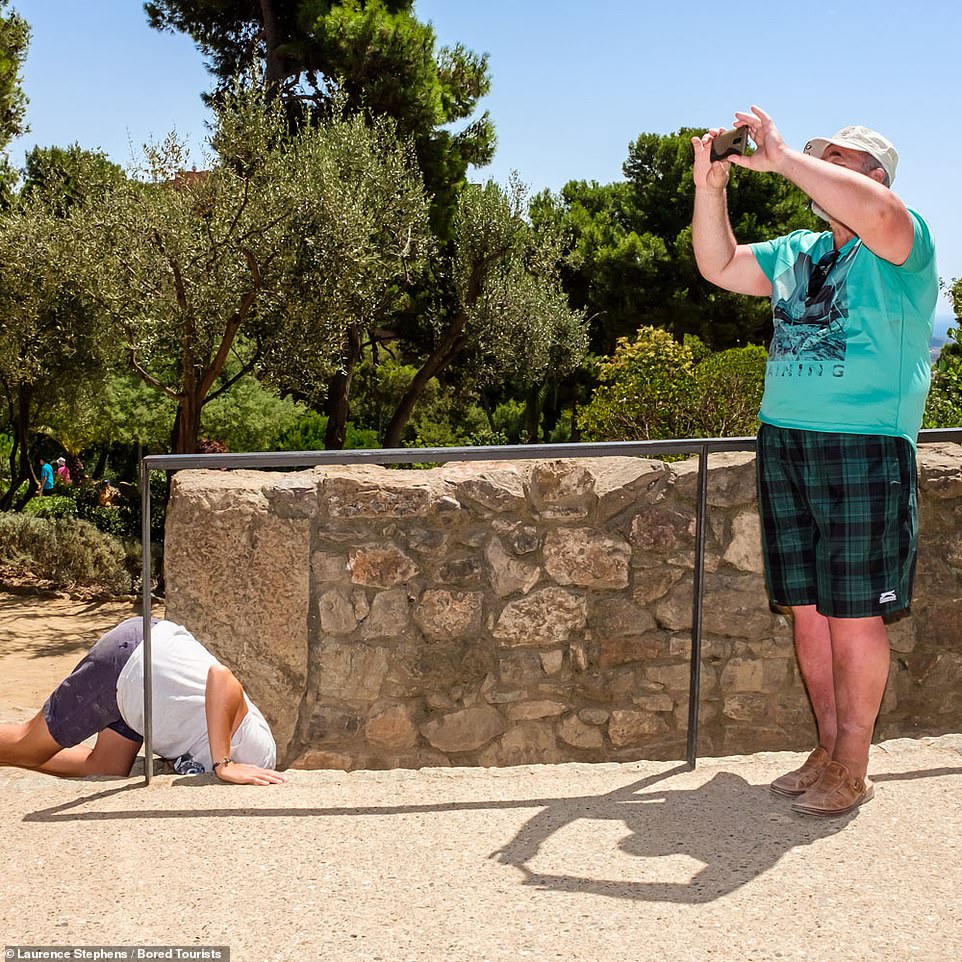 ‘I’ve come all this way, so I’m going to inspect every nook and cranny’: A tourist gets up close and personal, with a ditch 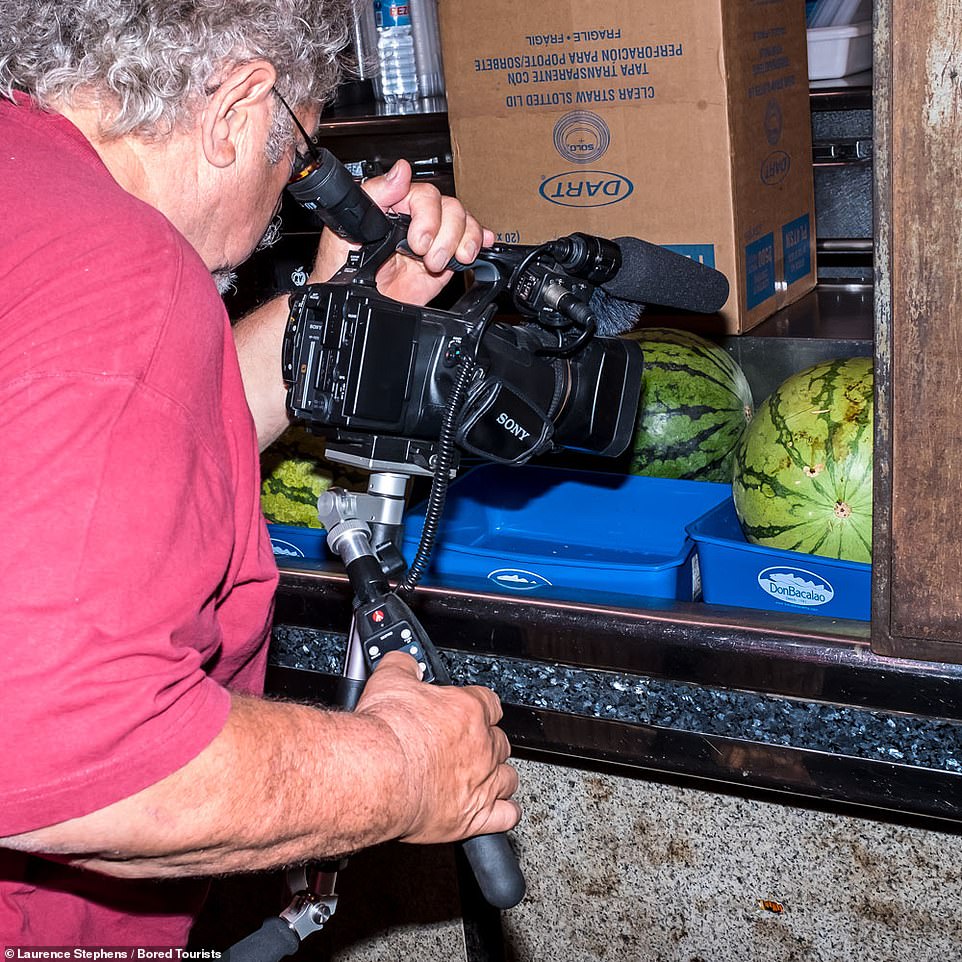 Fruit for thought: Forget majestic landmarks, it’s watermelons that prove riveting for this tourist. We hope there’s an Imax version of his film out soon 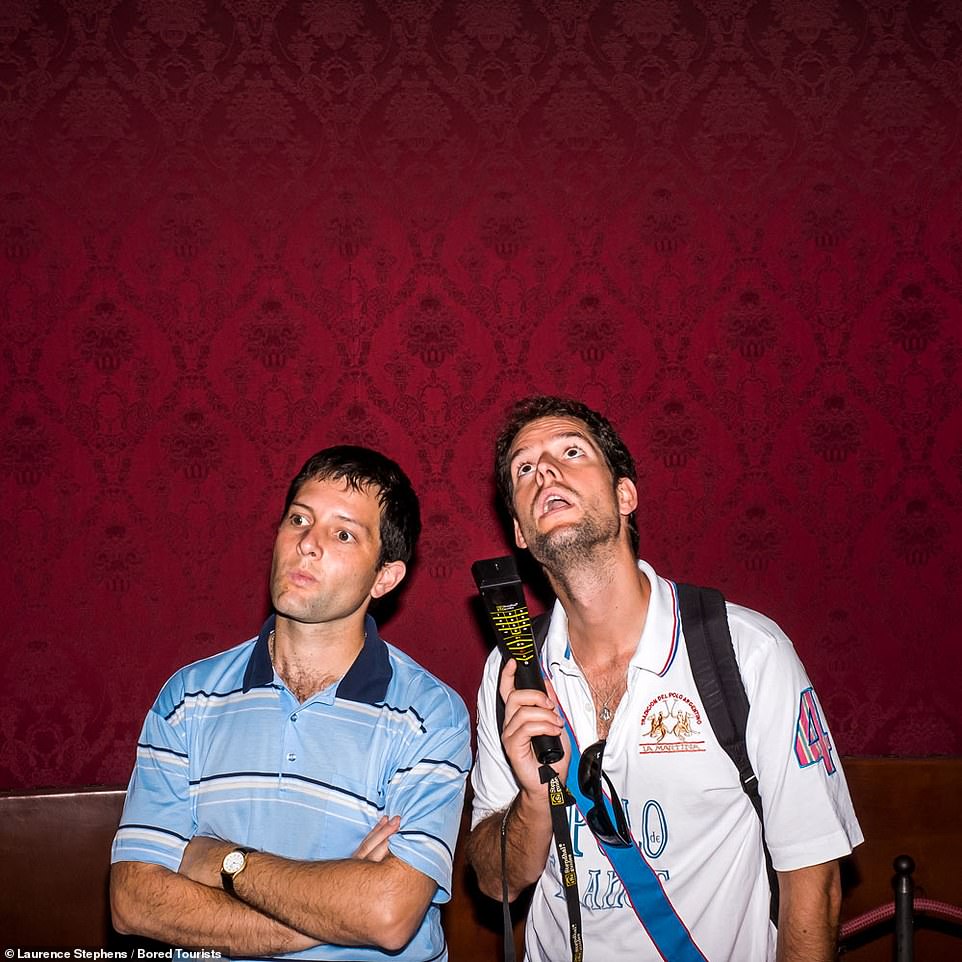 Difference of opinion: One man looks up inquisitively at the ceiling during a museum tour while his friend doesn’t appear to share his enthusiasm. At all 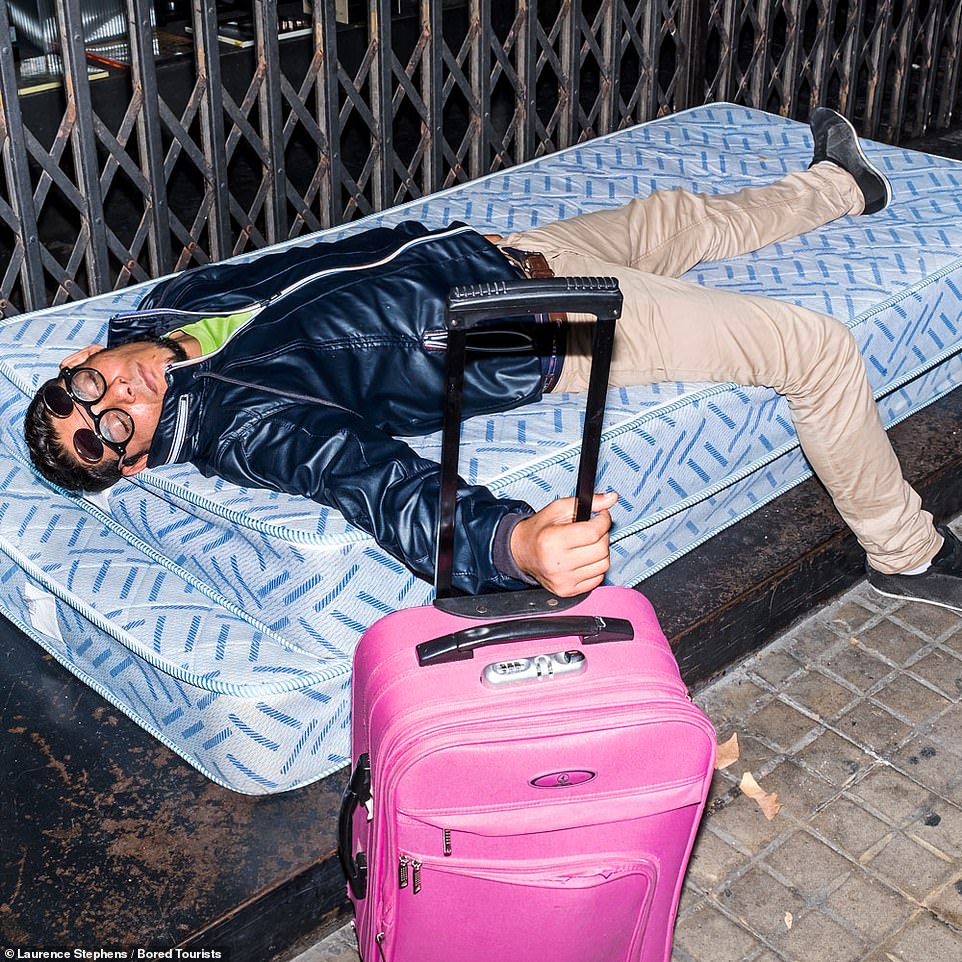 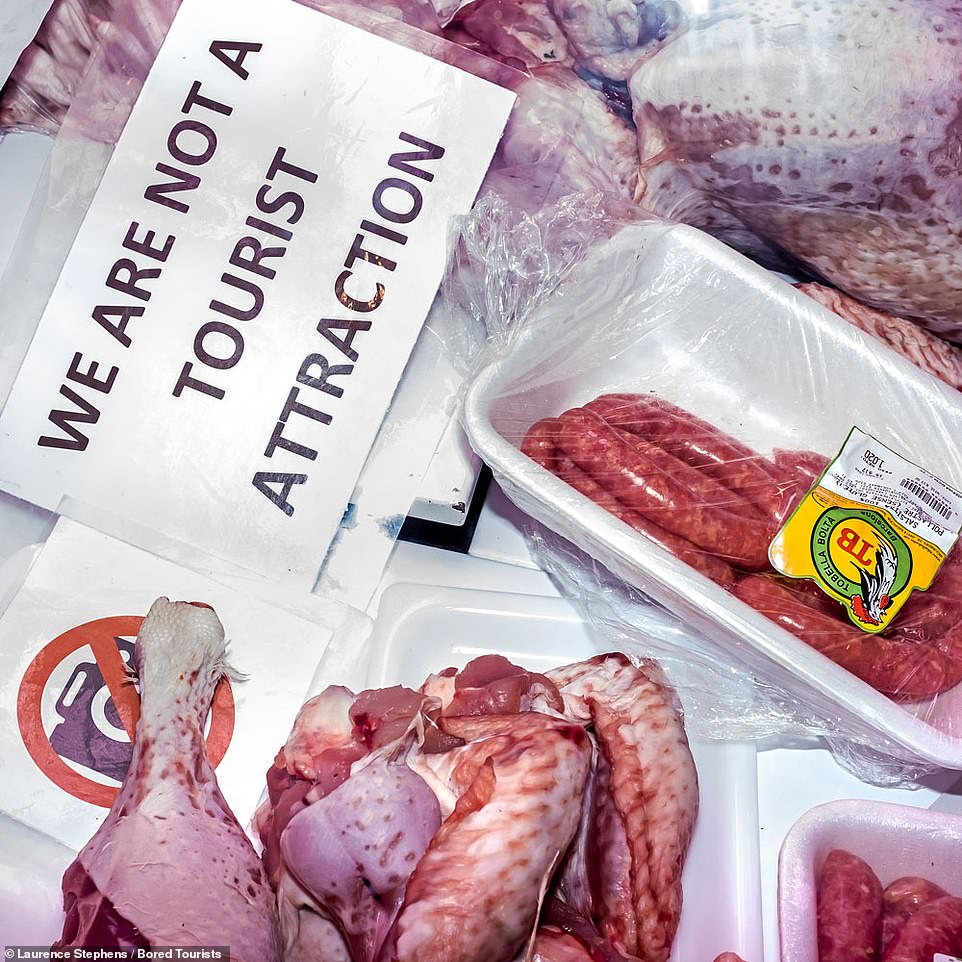 Surely one of the most bizarre ‘no photography’ signs ever… Who knew taking pictures of chicken and pork was a thing? And why would the vendor dislike tourists taking photos of the meat anyway? So many questions, so few answers 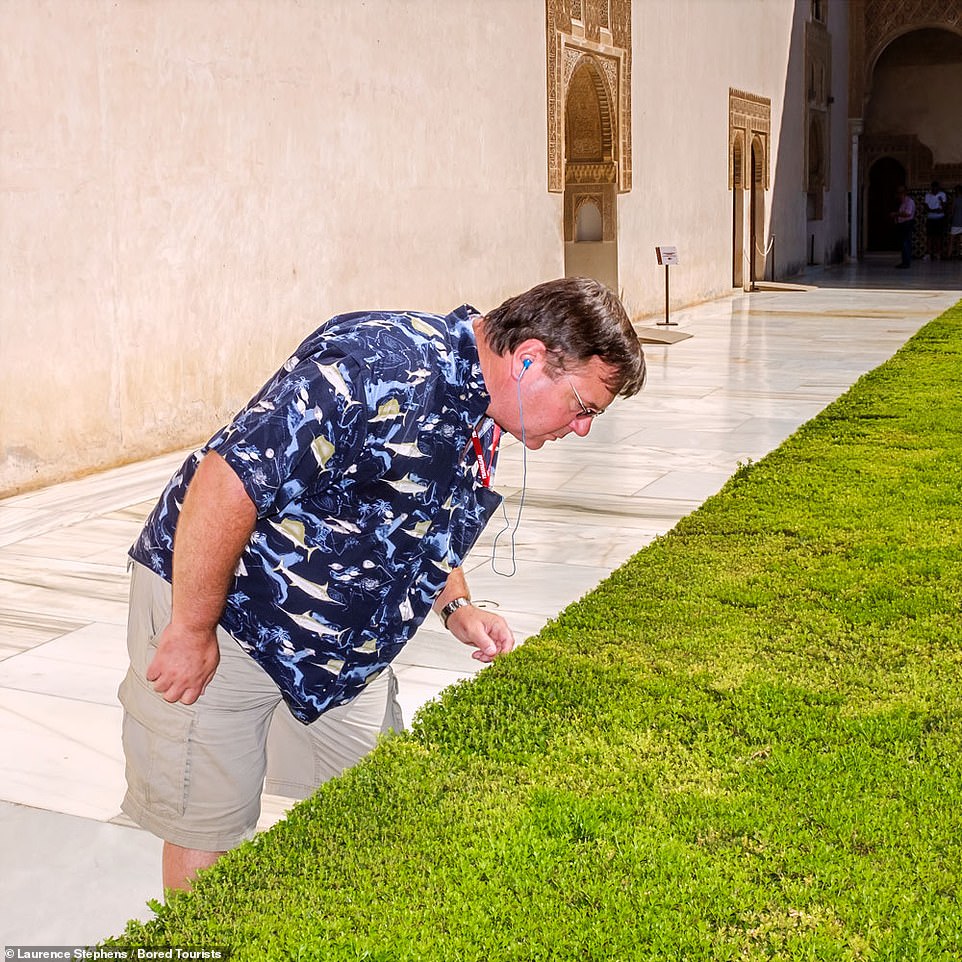 Greenfingers: A holidaymaker stoops over and stares intensely at a piece of topiary, ignoring the history all around him 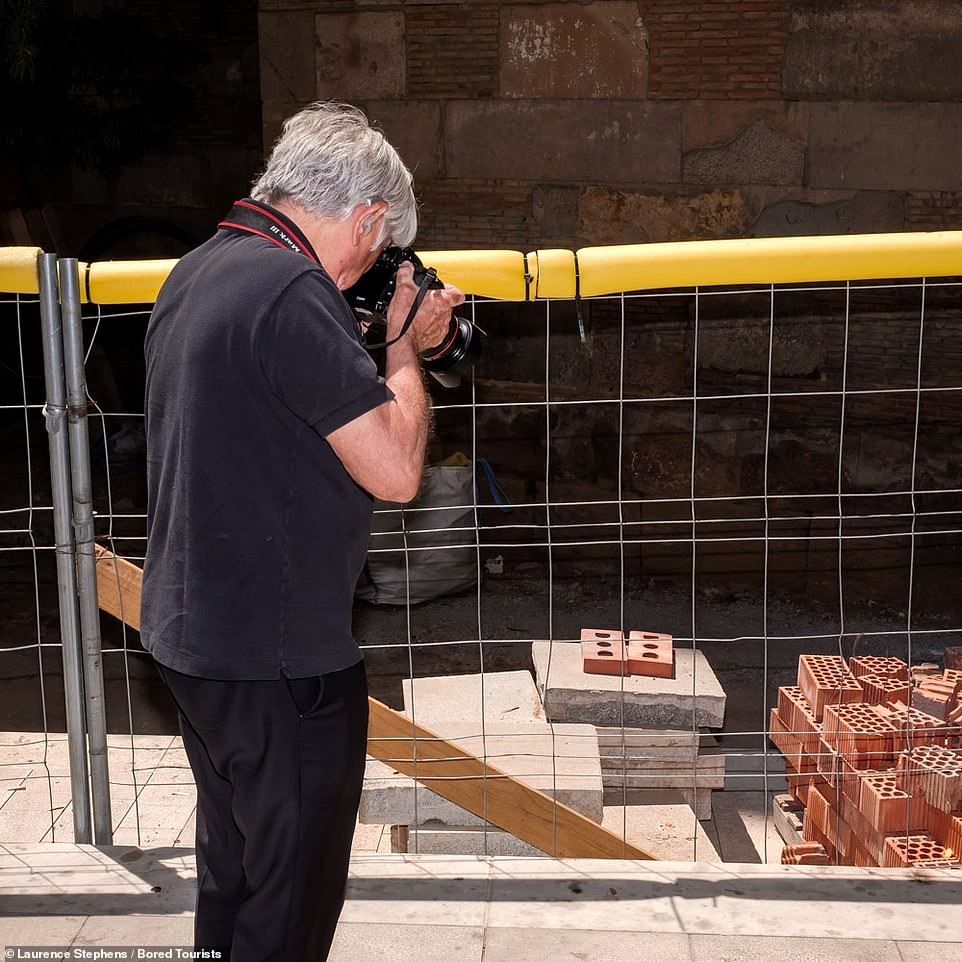 Construction sight: A pile of bricks catches the attention of a holidaymaker and he swoops in for a shot. They are nice bricks, it has to be said 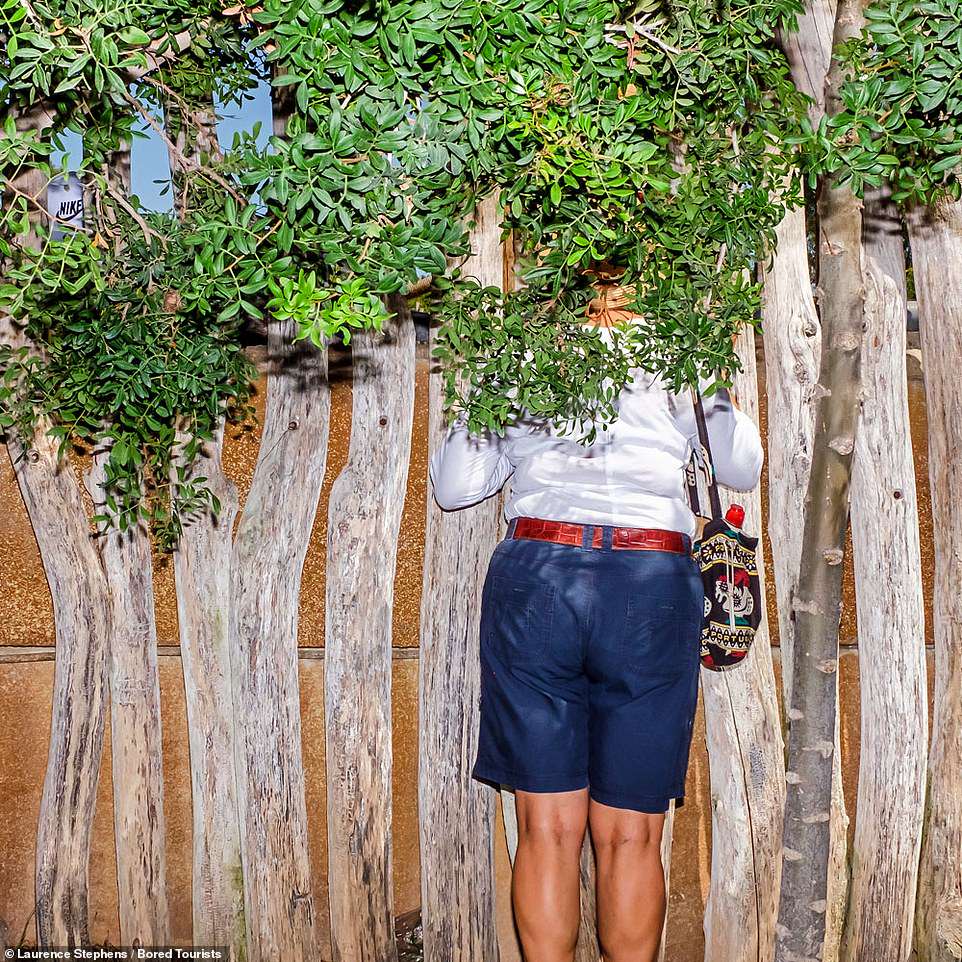 Border crossing: A woman moves in to get a better view – of something – through a wooden fence 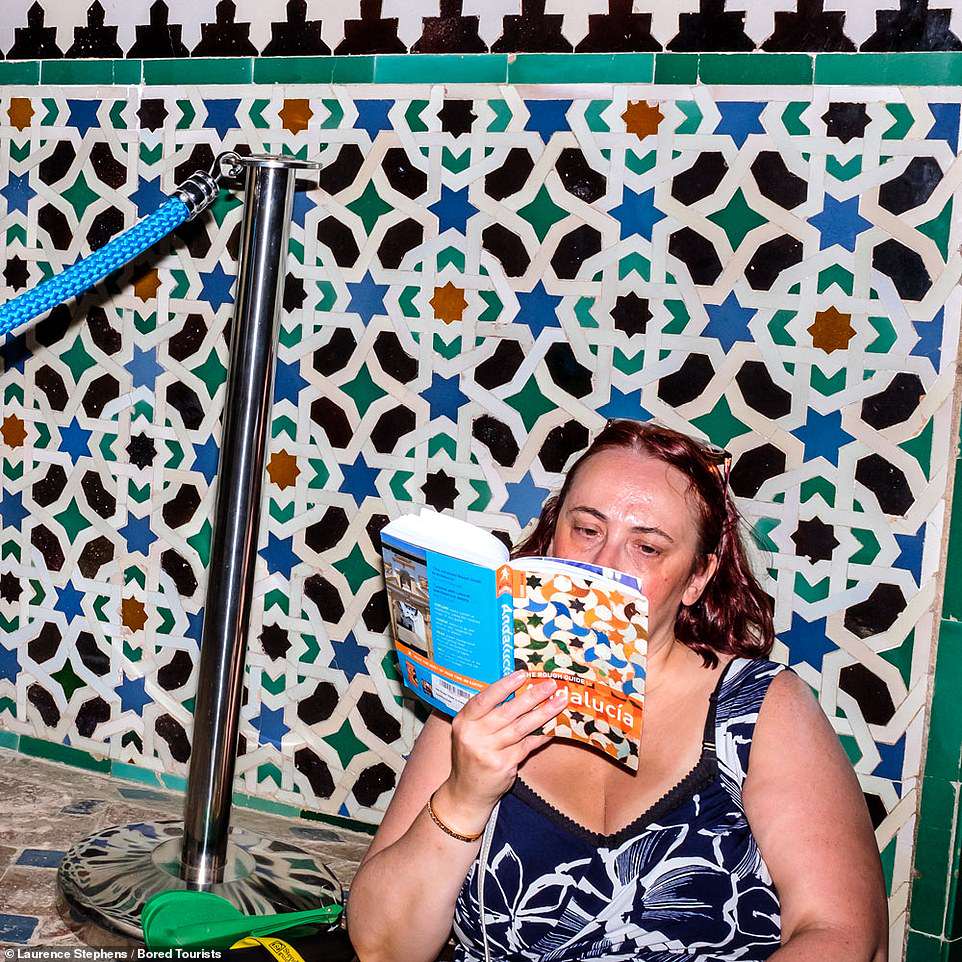 A woman sits on the floor to read a tour book of Andalusia. Stephens said he wanted to provide a ‘colourful, ironic look at tourists on holiday’ with his new book 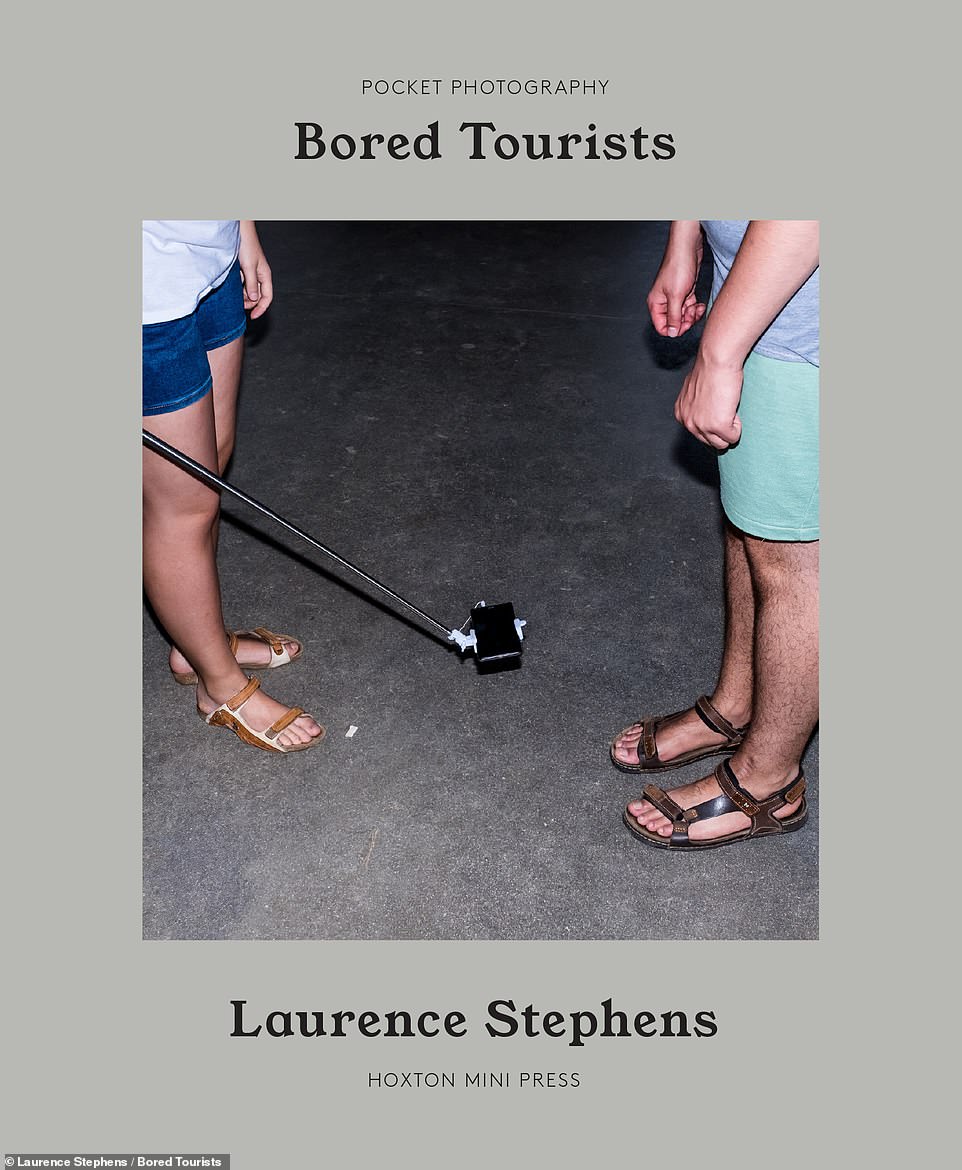