Boreham Wood players made sure AFC Wimbledon knew exactly who they were missing after an historic FA Cup third round win on Saturday: Wood manager Luke Garrard.

Garrard masterminded a stunning 2-0 victory over the Dons, who sit two leagues and 34 places above the National League side. Boreham Wood now enter the FA Cup fourth round for the first time in their history.

Footage from the dressing room post-match shows a delirious group of Wood players celebrating the win, achieved thanks to goals from Tyrone Marsh and Adrian Clifton.

But they saved the rowdiest cheers for their manager as Garrard was drenched in both alcohol and energy drinks from the club water bottles.

The players then sang Wheatus’ ‘Teenage Dirtbag’ at Garrard, a pointed reference to the fact the he had made more than 100 appearances for Wimbledon as a player.

Garrard was part of a Dons side that enjoyed two promotions during their meteoric rise from the lowest rungs of football to League One. 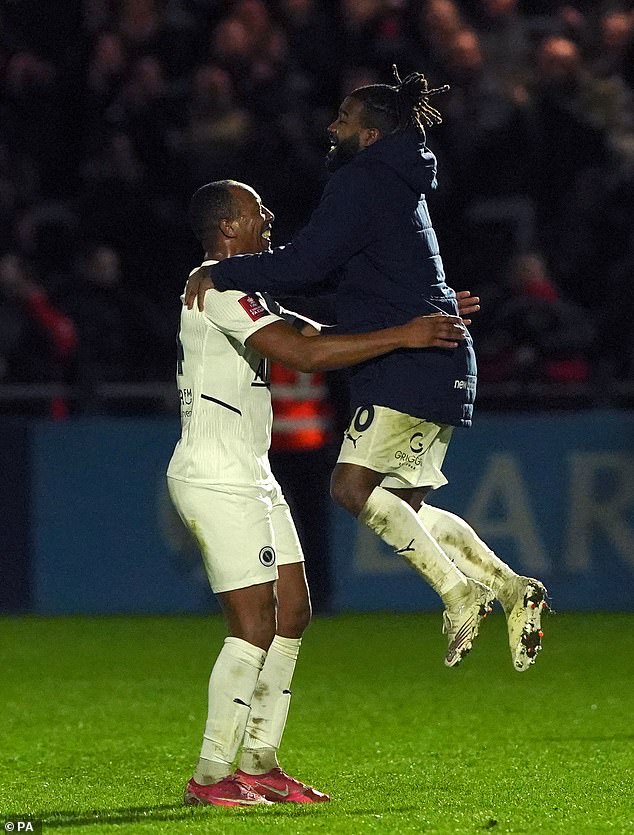 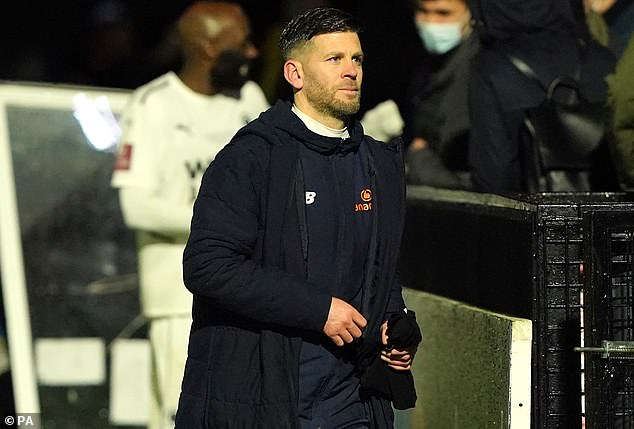 But he was their nemesis on Saturday in dumping his former side out of the FA Cup.

‘I’m on top of the world,’ Garrard said after the match. ‘It is my biggest achievement as the manager here for six years. It hasn’t sunk in yet.

‘It’s full credit to the players, I can’t describe it. They threw everything at us but we are good defensively and well drilled.

‘I feel for them, it was a proper FA Cup tie with the wind and rain, and the players will, of course, enjoy tonight.’