Something struck me when I had my first practice session in Melbourne with Novak Djokovic as part of our time working together as coach and player: he appeared just that little bit taller.

Tennis players are superstitious characters who have a feel for where they are, and in Novak’s case you can tell he is instantly comfortable in Australia. He carries himself a little differently.

It stems from him winning his first Grand Slam event here in 2008 and he has gone on to win six more. 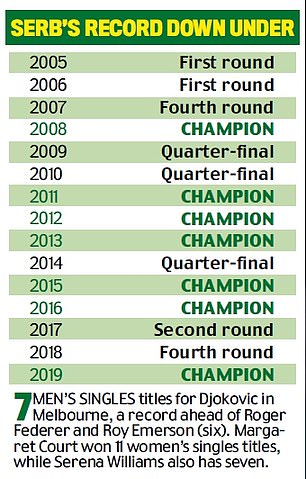 On two of those occasions, I was fortunate enough to be in his coaching corner.

There are, of course, technical reasons why he sometimes appears almost unbeatable at this tournament, and a lot of that has to do with the hard court surface on which the Australian Open is played.

He is an incredible athlete and moves well in any environment, but nowhere does he cover the court better than here in Melbourne. The courts are usually slightly grittier than at the US Open, and they offer him the perfect grip on the soles of his feet, certainly more so than on the clay and the grass.

The bounce of the ball also suits him and this combination plays to his strengths. His biggest gift of all is his return of serve, and nowhere does he show that more than at this tournament. 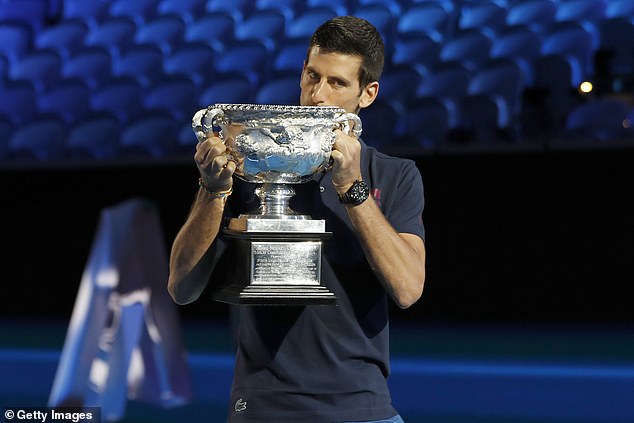 We were up in Brisbane for the ATP Cup at the start of the year and I watched one of his first practice sessions — it was already obvious that he was playing extremely well. It seems he comes to Australia and just knows he is going to perform — all those positive memories banked serve you well when things get tight in a match.

His history here also has the opposite effect on opponents. It is pretty easy to get discouraged when you are playing someone you know is a seven-times champion.

Novak plays the last match of Monday against my compatriot, Jan-Lennard Struff. I suppose if there is any concern for the defending champion it is that he has already played an unusual amount of high-stress tennis in winning the ATP Cup. It is just possible he may have peaked this month.

I still see his biggest threat this fortnight as Rafael Nadal, who looked to me to be playing near his best level in the team event earlier this month. 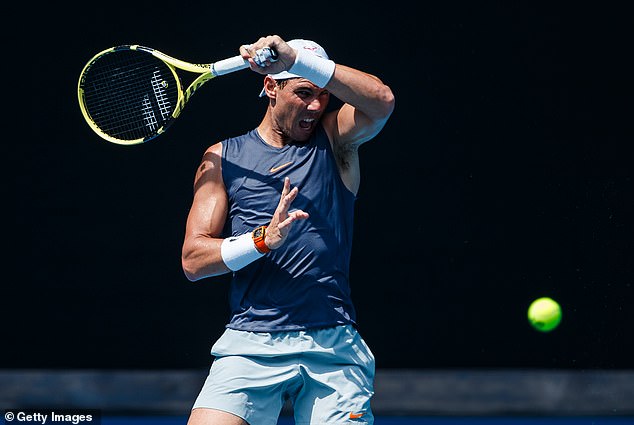 One factor could be that both of them have had almost non-existent off-seasons, due to the late finish of the Davis Cup.

It seems to me that Rafa handled this by effectively taking his long break in October, the month during which he skipped Asian tournaments and got married.

That has worked well for him so far. He is so experienced at building himself up to play his highest level just when he needs to, and the same can normally be said of Novak. They have learned over the years how to bring themselves to the boil at the big events, which is why I would not be at all surprised to see them contesting the final.

Team events too much of a good thing?

We have just had three team events in men’s tennis inside four months. I was involved in two of them in my role as head of men’s tennis for the German federation, and I believe that something will have to give.

Having been present at the ATP Cup and Davis Cup, the former shaded it as the better event, primarily because its date is preferable at the start of the year.

There was a lot to like about new-format Davis Cup but the timing is a problem, right at the end of the season when players should be taking a break. 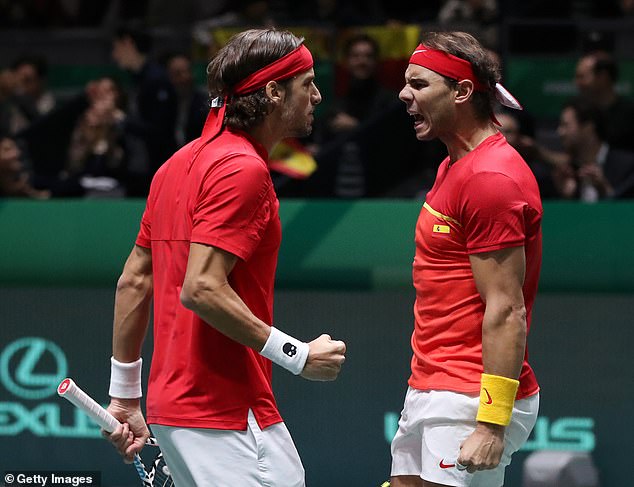 Some say they need to merge, but they can co-exist if the Davis Cup moves to a better month. In my opinion, its rightful place would be in the slot where the Laver Cup currently resides in late September.

This is a problem, but I wonder about the future of the Europe v the Rest of the World Laver Cup when Roger Federer and Rafa are not there as the star attractions. This is what may end up being the thing that gives way.

Changing of the guard

We talk a lot about the generations, and it is underestimated that in women’s tennis we have already seen a profound change. It is only the presence of the incredible Serena Williams that stops this from being recognised more.

Serena was due to begin her Australian Open campaign in the early hours of Monday morning and I thought that she had given herself the perfect preparation by going to New Zealand, where she won the ASB Classic.

Otherwise the future is already here in the shape of Naomi Osaka, Bianca Andreescu and Ash Barty. 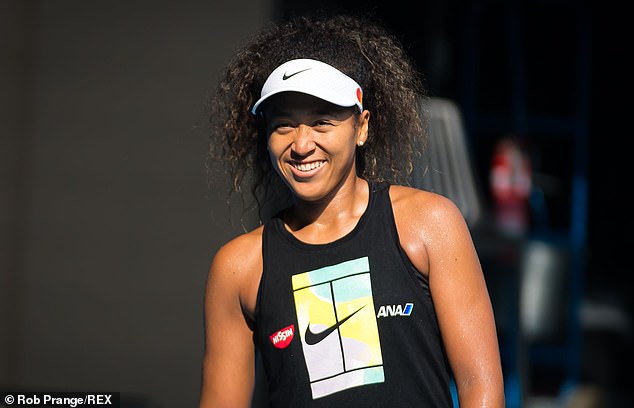 Of those three, I really like the potential of Canada’s Andreescu and it’s a great shame she is not playing here. I do think she needs to get fitter in general.

For Naomi, it will be key for her to just enjoy the whole experience more. And while she is not in the same bracket, I would not be surprised if Britain’s Jo Konta has another good year.

What impresses me about her is that she has weathered a storm in her career and come back strongly after the dip she suffered following the Wimbledon semi-finals in 2017. That is something to be admired and she will have bolstered her mentality by doing that.

Although my feeling this fortnight is that Djokovic and Nadal will be a notch above the others, my prediction for the year in men’s tennis is that there is going to be a new major champion. 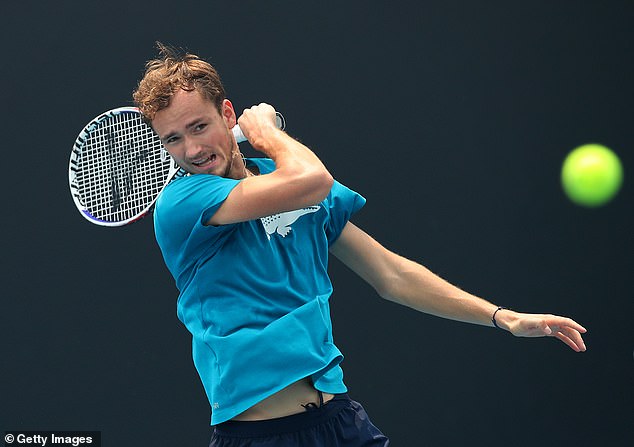 Where is he going to come from? Daniil Medvedev is the man most likely on hard courts, and on clay Dominic Thiem has reached the final twice at Roland Garros. At some point, the stars are going to align for a new Grand Slam winner.

From the generation younger than them, the player I have a good feeling about this year is Canada’s Denis Shapovalov. From what I have seen of his game, he has got more solid and consistent, which is what needed to happen. I also think he has hired a fine coach in the former Russian player Mikhail Youznhy: he is an interesting character and a thinker.

I was so delighted for Andy Murray when he won the European Open in Antwerp in October, and was assuming he was going to be back as part of the equation this year. I have so much respect for the way he was able to come back, and was really hoping he would be in Australia.

But now I have to admit I am worried about him. It is natural enough for someone to have setbacks when they have had a major injury, but his announcement that he is missing two more tournaments next month is a concern.

I do not have first-hand knowledge of his problem but I do know it takes time to reach your best level from the start of your return. I just hope by the summer we can see him somewhere near his best again. 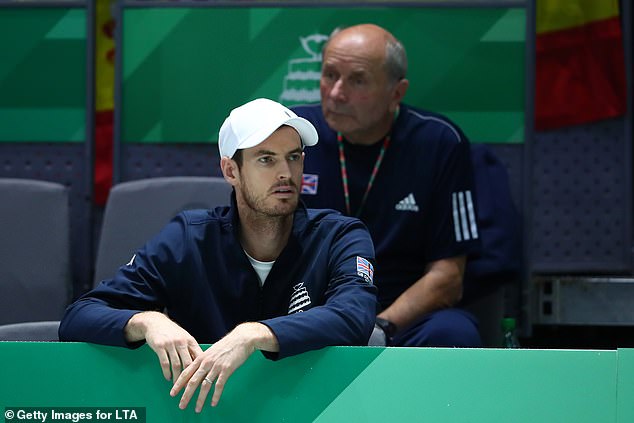 Christmas seems a long time ago

This has been a long stint in Australia. I arrived on December 29 in my capacity as captain of the German team for the ATP Cup. I spent Christmas at my home in London with two of my children, and there is something of the double dose of festivities as I mark the traditions both of Germany and the UK.

In Germany, we have our big dinner and hand out presents on Christmas Eve, so we did that.

Being in England we went again on Christmas Day, making it a big 48 hours.