Boris Becker and his wife Lilly have separated after 13 years together.

A Berlin lawyer for the couple confirmed the breakup of three-time Wimbledon winner Becker, 50, and his Dutch model wife, 41, in a statement to Bild newspaper.

Lawyer Christian-Oliver Moser said: ‘The decision after a 13-year-long relationship and nine years of marriage wasn’t an easy one.’

Moser said the couple’s main concern now was the wellbeing of their eight-year-old son Amadeus and that the separation was ‘amicable.’

MailOnline has contacted representatives for Boris and Lilly for comment.

Friends reportedly said the marriage had been ‘in trouble’ in 2017 before Boris was made bankrupt and that she had been spending more time in The Netherlands.

Lilly told The Daily Mail’s Richard Eden in March that they had gone for relationship therapy to save their nine-year union.

‘I’ve had a rough year,’ she explained. ‘At first, I let go completely — in every way. Split: Boris Becker was spotted without his wedding ring on Tuesday as the split was reported 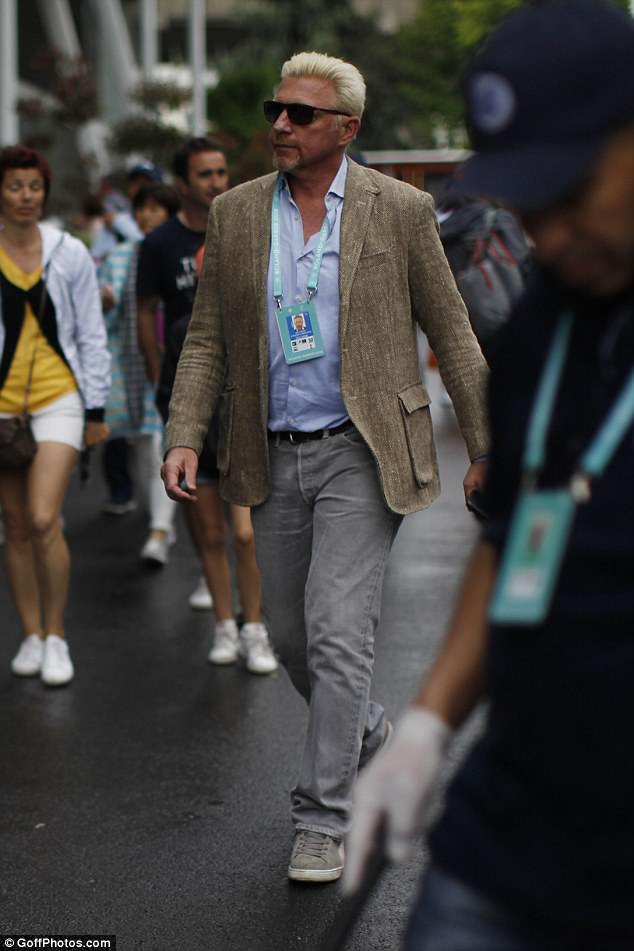 Confirmed: The couple are believed to have made the difficult decision this week

She went on to say: ‘I turned to vodka. I was smoking a pack a day. Boris was going through a bad time in his way, so he didn’t notice. We disconnected and went our own ways.’

Lilly continued: ‘We did couples’ therapy. It was something we never thought we would have to do. It helped. We did an hour a day for five days a week. It was nice to have the input from someone on the outside who doesn’t know you and isn’t biased.

‘If you go through a really s****y time, I’m convinced you have to go through it in your way and hit rock bottom before you can come back. That’s what happened to me.’

At the time, she and Boris said they were in ‘a good place’ and hope to have more children.

Father-of-four Boris wed his Dutch second wife in Switzerland in 2009 and they had a son, Amadeus, the following year.

They live in south-west London for part of the year, but their main residence is said to be in Switzerland.

Boris was declared bankrupt in June last year over a debt of £3.34million owed to a private bank.

He is the fifth highest on-court earner in tennis history, having built up a massive fortune since first winning Wimbledon aged 17.

But it was his action off the tennis court that left him millions in debt and facing the prospect of having to abandon his commentating duties.

His divorce from first wife Barbara is said to have cost £12.5million in cash, £2.4million in fees, and their marital home in Miami. He has also supported children Noah, 23, and Elias, 17.

It followed a £2.4million payout after he fathered daughter Anna, 17, with Russian model Angela Ermakova, following a staircase tryst at London’s Nobu restaurant. 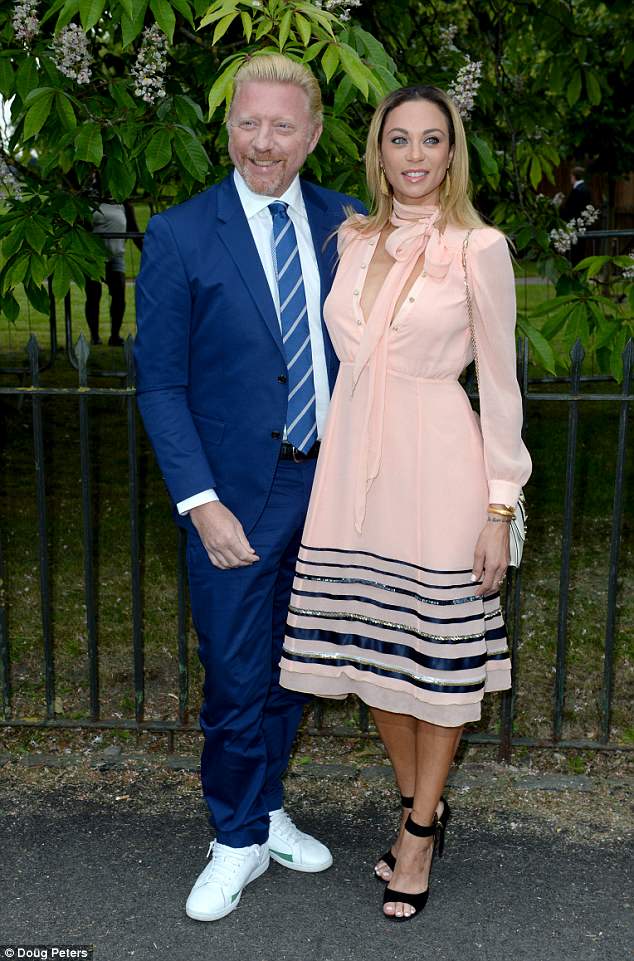 Over: Here in 2016, the couple’s friends reportedly said the marriage had been ‘in trouble’ in 2017