Boris Becker’s son Elias, 22, says he ‘just had to look at himself’ to know he was good looking

Elias Becker has revealed that his parents didn’t have to keep quiet how good looking he was growing up because he ‘just had to look at himself’ to see.

The model, 22, based in London, is the son of German tennis ace Boris and German-American fashion designer Barbara, who divorced in 2001 after eight years of marriage. However, their pair who share two children, Elias and his brother Noah, 27, have remained on good terms.

Elisa, who said it was a ‘huge honour’ to recently be named one of Britain’s most eligible people by Tatler, recalled what it was like growing up blessed in the looks department.

Speaking of his parents to The Times, he said: ‘They couldn’t really keep it quiet. I just have to look at myself. But it wasn’t really something that I viewed as the only thing that mattered.’

Elias, 22, based in London, has revealed that his parents didn’t have to keep quiet how good looking he was growing up because he ‘just had to look at himself’ to see. 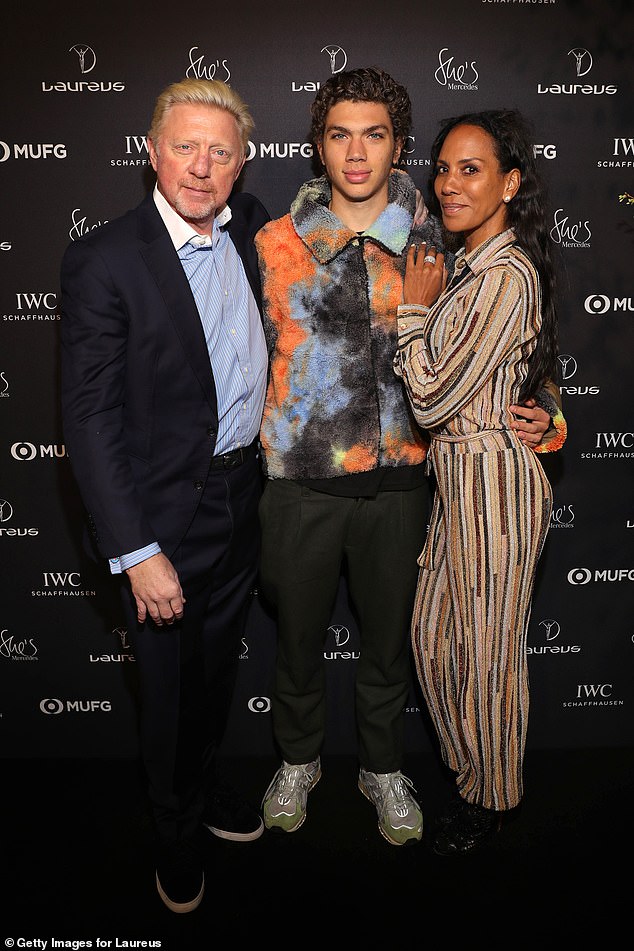 The model is the son of German tennis ace Boris and German-American fashion designer Barbara, who divorced in 2001 after eight years of marriage. Pictured, attending ‘She Mercedes’ prior to the 2020 Laureus World Sports Awards on February 16, 2020 in Berlin, Germany

The model, DJ and actor also recalled how his mother would often embarrass him by telling her friends how beautiful he was.

He added: ‘But…in the last five years I didn’t really need any assistance knowing that.’

The 22-year-old, who is is studying film-making at Roehampton University, went on to say he doesn’t know why he made the British society bible’s most eligible list but admitted it may just be because of his ‘charisma.’

Elias was snapped up by Select Model Management shortly after moving to London from the US.

The model, who moved in with his father in his South-West London home for two years, revealed he follows a veggie and low-meat consumption diet, while his exercise regime consists of pull-ups, squats, pistol squats and stretching – along with some t’ai chi.

He also went on to say that he has a spiritual side which he puts down to his mother – a fan of yoga and meditation – teaching him sun salutations before school. 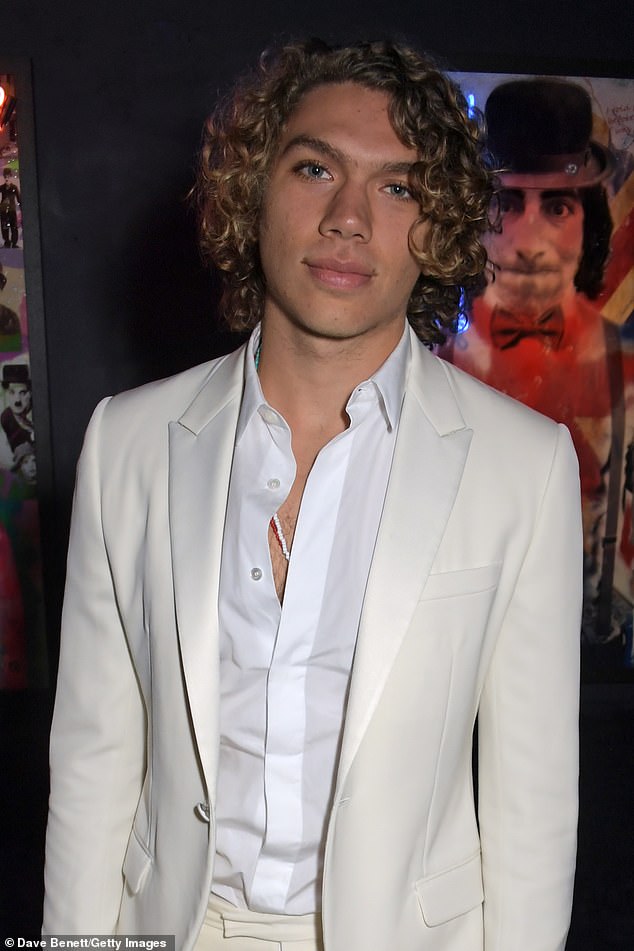 DJ and actor Elias (pictured) was snapped up by Select Model Management shortly after moving to London from the US. Pictured, attending the Tatler Little Black Book party with Michael Kors Collection at Tramp on November 4, 2021 in London 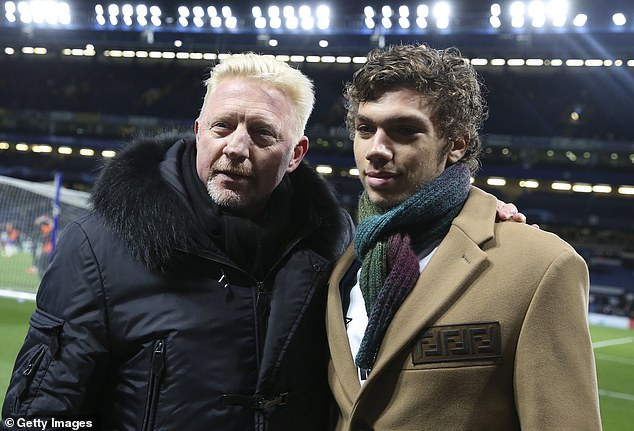 Elias’ father Boris said in an interview last year that his three older children, who are all mixed race, experienced a racist incident ‘at least once a week’.

Speaking of the racism he endured, the 22-year-old said: ‘I don’t really pay attention because I love myself so. I used to take it in but you develop with age and kind of grow into your own person and realise who you are.’

Boris’ divorce from first wife Barbara is said to have cost £12.5million in cash, £2.4million in fees, and their marital home in Miami. He has also supported children Noah and Elias.

Boris disputed paternity on hearing of Angela’s pregnancy, but a DNA test in February 2001 proved that he was the father and he agreed to support Anna – now a budding model – and obtained joint custody in November 2007.

Meanwhile, Boris also split from his second wife Lilly – the former couple announced their separation in May 2018, after nine years together.

Father-of-four Boris wed his Dutch second wife in Switzerland in 2009 and they had a son, Amadeus, the following year. The 53-year-old is currently dating Lilian de Carvalho, who is in her 40s.

Boris was declared bankrupt in June 2017 over a debt of £3.34million owed to a private bank.

He is the fifth highest on-court earner in tennis history, having built up a massive fortune since first winning Wimbledon aged 17.

But it was his action off the tennis court that left him millions in debt and facing the prospect of having to abandon his commentating duties.

Attractive, sociable and full of attitude, these famous faces are the most eligible people in Britain, according to Tatler magazine.

The British society bible has compiled a list of the top 200 most in-demand people for its December issue, choosing each entrant because they are ‘sexy, sassy and seriously social.’

Topping the list is Emma Raducanu, the 18-year-old from Kent, who has had a rapid rise to A-list celebrity status following her US Open triumph in September, while Prince George’s billionaire godfather, the Duke of Westminster, 30, came in second.

1. Emma Raducanu – Tennis player who won US Open in September

3. Lady Lola Bute – Model and daughter of the late Marquess of Bute

4. Elias Becker – Model, DJ and actor who is the son of tennis ace Boris Becker

10. The Maharaja of Jaipur – Member of the former ruling family of Jaipur State