Boris Johnson faces his last big test in the Tory leadership battle today as he goes head-to-head with Jeremy Hunt in another debate.

With just a week to go until the new PM is named, Mr Johnson and the Foreign Secretary will be grilled for 90 minutes under the glare of cameras.

However, Mr Johnson is thought to be well ahead of his rival in the contest for votes from party members – with senior figures such as Amber Rudd, Sajid Javid, Matt Hancock and Liz Truss already jockeying for Cabinet posts in the new era.

There are claims the former London mayor is already making plans for his first 100 days in office, including an early trip to the US to try to thrash out a trade deal. 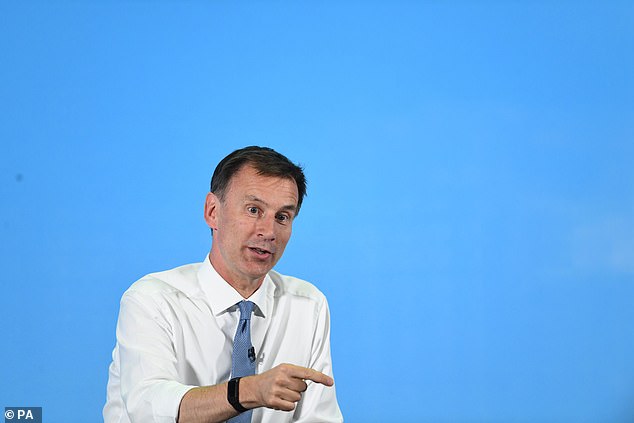 The Tory contenders will take part in a debate, hosted by The Sun and talkRadio, in front of a live studio audience in London tonight.

Mr Johnson remains the clear favourite to enter Downing Street on July 24, as polls show he is the choice of an overwhelming majority of activists.

The last encounter on ITV last week was a spiky affair dominated by the fallout from the leak of the diplomatic dispatches of Britain’s ambassador to the US Sir Kim Darroch criticising Donald Trump’s White House as ‘dysfunctional’ and ‘inept’.

If he succeeds in gaining the keys to No 10, one of Mr Johnson’s first acts is expected to be an attempt to reset relations with Mr Trump after he responded to the leaked cables with a furious tirade against Sir Kim and Theresa May. 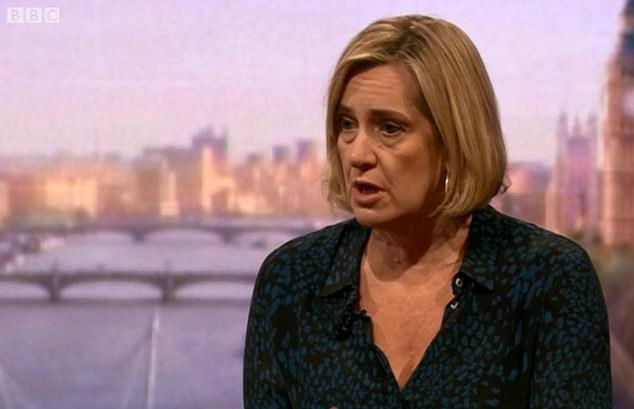 Amber Rudd (pictured on the BBC’s Andrew Marr Show yesterday) has dramatically softened her opposition to No Deal Brexit, in an apparent bid to ensure she can stay in the Cabinet when the new administration takes charge

Dr Fox, who is supporting Jeremy Hunt for the Tory leadership, told BBC Radio 4’s Today programme: ‘We can’t negotiate anything with the US until after we have left the European Union. It would be in breach of European law for us to do that.’

In his Daily Telegraph column, Mr Johnson wrote about offering ‘preferential’ tax treatment to companies which look after their staff, particularly in terms of supporting them through mental health issues.

He said: ‘It is time for the Treasury and the NHS to work together to review the rules.

‘And if they can come up with a plan – and I am sure that they can – we should put it into effect this autumn in what, if I am lucky enough to be elected, would be the first budget of the new Government.

‘Yes, of course all tax breaks cost money. But any loss in revenue would be more than made up by the gains in productivity and the savings in NHS spending.’

Meanwhile, Mr Hunt, the Foreign Secretary, will spend much of the day ahead of the debate in talks in Brussels with fellow EU ministers aimed at defusing tensions in the Gulf.

In a joint statement on Sunday, Britain, France and Germany urged the US and Iran to pull back from conflict amid fears of a slide to war.

Mr Hunt also made clear that he believed Sir Kim’s successor in Washington should be a career diplomat rather than a political appointee.