Backlash at plot for snap election: Boris dismisses ‘scare tactic’ as ministers line up to slam plans despite Tories trumping Labour in poll

Theresa May would never be forgiven if she called a snap general election to break the Brexit deadlock, two Cabinet Ministers warned yesterday.

Sajid Javid and Liz Truss publicly denounced the idea as ‘the last thing this country needs’ after it was claimed that Number 10 was considering holding a poll in June.

Tory chairman Brandon Lewis insisted last night that an early election was not on the cards as he attempted to quell a furious backlash from Tory MPs.

In a firm rebuke to any suggestion of another vote, Home Secretary Mr Javid warned that voters simply want politicians to get on with delivering Brexit.

He told The Andrew Marr Show on BBC1: ‘I think the last thing this country needs is a general election. 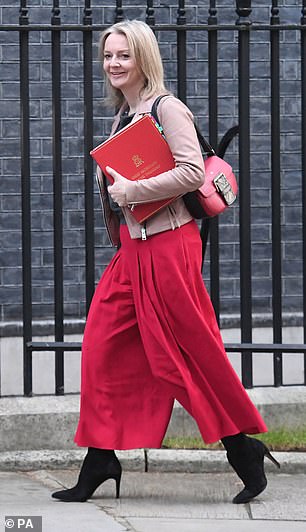 ‘The people will never forgive us for it. I think what they want is this Parliament to deliver Brexit in an orderly way – that’s what they’re looking for.’

Mr Javid was backed up by Miss Truss, the Chief Secretary to the Treasury, who tweeted: ‘Agreed. Last thing we need.’

Speculation that Mrs May could call an election was fuelled by a tweet yesterday from Gavin Barwell, her chief-of-staff, pointing to an opinion poll that showed the Tories seven points ahead of Labour.

The survey, conducted by Opinium for The Observer, showed Mrs May’s party up four points on 41 per cent, with the opposition down six points to 34 per cent.

Boris Johnson said talk of a snap election was a ‘scare tactic’ to persuade MPs to back the Prime Minister’s ‘appalling’ Brexit deal.

Writing in his Daily Telegraph column today, the former foreign secretary said: ‘I don’t know if there really is some genius in Tory HQ who wants to call an election this year, but if there is I would like to reach out to that person and shake them warmly by the throat.’ 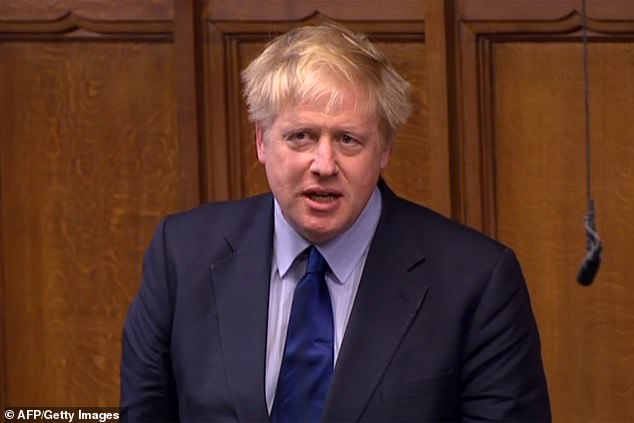 He also suggested the adviser could be ‘despatched on secondment to Venezuela or Zimbabwe or somewhere they can do less damage’.

Mr Johnson said it would be ‘lunacy’ for the Government to fight an election when Brexit might not be finalised, adding: ‘If Tory MPs were asked to go into electoral battle in the next few months, there would be a hole in the heart of our manifesto. After two and a half years of dither the truly astonishing feature of the UK position is that the big questions have still not been answered.’

Country would ‘never forgive’ Theresa May for calling an election, ministers warned her

In a WhatsApp group for Tory MPs, Mr Lewis tried to allay fears that Mrs May was considering going to the country. He said the party was focused on local elections on May 2 and dismissed as incorrect reports that a general election could be held in June.

It emerged last month that civil servants had been told to make contingency plans in case an early election was called.

Jennie Formby, Labour’s general secretary, told supporters yesterday that the party’s finances were ‘in good shape and ready to fight an election’.

Meanwhile, senior Labour figures warned against suggestions that the party’s MPs in Leave areas could accept ‘bribes’ from Mrs May to support her Brexit deal.

Shadow attorney-general Shami Chakrabarti said any MPs involved in such agreements could face repercussions from their constituencies.

After reports that Mrs May could offer incentives to opposition MPs in the poorest areas to break the Labour whip, Baroness Chakrabarti told the Sophy Ridge On Sunday programme on Sky News: ‘I do not believe Labour voters in the most left-behind constituencies would thank their MPs for these short-term bribes.’