Boris Johnson rang the Queen to personally apologise for embarrassing her after the Supreme Court ruled the prorogation of Parliament was unlawful.

A Downing Street source said Mr Johnson ‘got on to the Queen as quickly as possible to say how sorry he was’ after the ruling on Tuesday, reports the Sunday Times.

In an eviscerating judgment President Lady Hale said the decision to ask the Queen to shut down the Commons for five weeks was ‘unlawful, void and of no effect’.

Mr Johnson, pictured meeting Queen Elizabeth II after he became prime minister in July, ‘got on to the Queen as quickly as possible to say how sorry he was’ after Tuesday’s ruling

The ruling has allegedly led to a breakdown in the relationship between the palace, who are ‘not impressed’, and Downing Street.

A Whitehall source said: ‘They [the royals] are not impressed by what is going on — at the very highest levels of the family.’

The prime minister is now said to be as distrusted as David Cameron, whose memoir which was released this week allegedly led to ‘displeasure’ at Buckingham Palace.

In his autobiography it was revealed Mr Cameron made contact with palace officials in 2014, suggesting Her Majesty could ‘raise an eyebrow’ in the close-fought referendum campaign, after a poll predicting a Yes victory ‘panicked’ him.

Palace sources criticised the revelation, claiming breaches in confidentiality which could damage the relationship between both parties.

A source revealed to BBC News ‘it serves no one’s interests’ for the PM and Queen’s conversations to be public, as it ‘makes it very hard for the relationship to thrive.’ 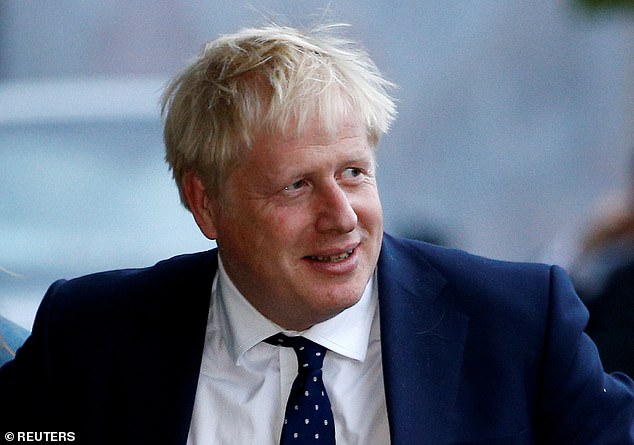 Boris Johnson, pictured ahead of the Conservative Party annual conference in Manchester on Saturday, called the Queen to apologise after his prorogation of Parliament was ruled unlawful 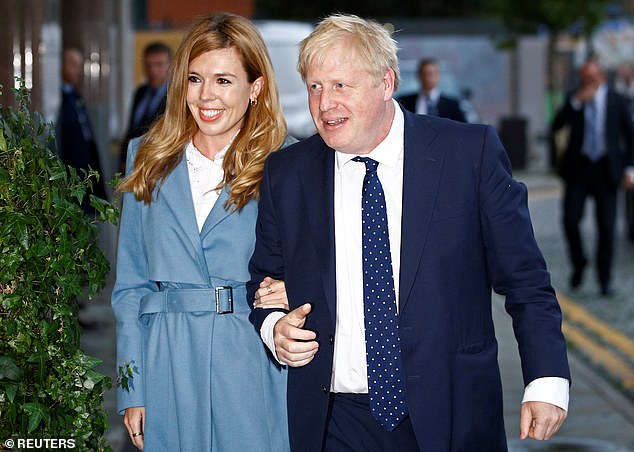 As well as speaking with the monarch on Tuesday the prime minister, pictured with girlfriend Carrie Symonds ahead of the Conservative Party annual conference in Manchester, also called his Cabinet

A palace source also told the Sunday Times: ‘It’s difficult to tell which of them they are crosser with, Cameron or Boris.’

It was also claimed Mr Johnson, along with Mr Cameron, will not be in the running for the Order of the Garter, the most senior order of knighthood in the honours system, because of the prorogation.

A number 10 spokesman had already confirmed the prime minister had spoken with the monarch after Tuesday’s ruling, however it was not known if he had said sorry.

As well as speaking to the Queen, Mr Johnson also made a conference call to his Cabinet, which lasted around 30 minutes.

He told colleagues he disagreed with the ruling but respected the independence of the judiciary.

The court’s decision came while Mr Johnson was in New York for a UN climate summit where he met with US President Trump and Iranian leader Hassan Rouhani.

Downing Street insisted there was no question of Mr Johnson stepping aside, with a source saying: ‘The PM will not resign following the judgment.’ 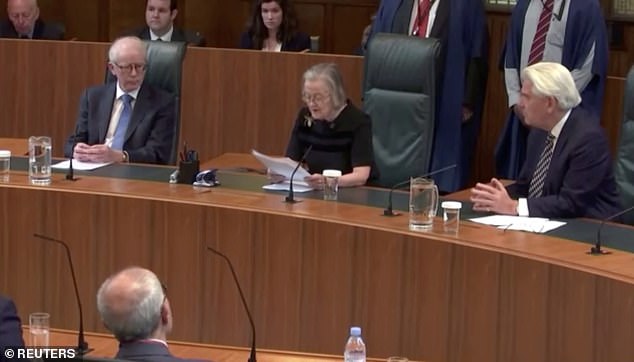 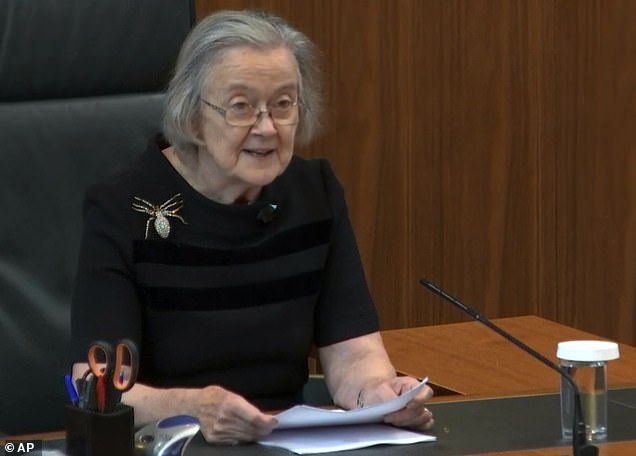 Lady Hale, pictured, and the judges branded the prime minister’s prorogation of Parliament a ‘serious’ threat to democracy

Mr Johnson told reporters on Tuesday: ‘I have the utmost respect for our judiciary, I don’t think this was the right decision, I think that the prorogation has been used for centuries without this kind of challenge.

‘I think the most important thing is we get on and deliver Brexit on October 31, and clearly the claimants in this case are determined to frustrate that and to stop that.

‘I think it would be very unfortunate if Parliament made that objective which the people want more difficult but we will get on.’

The Tory, who was part of the successful legal challenge, launched an extraordinary attack at his successor in the wake of the ruling.

Insisting he took no ‘pleasure’ in the court victory, Sir Major warned: ‘No prime minister must ever treat the Monarch or Parliament in this way again.’

Sir Major, who has received the Order of the Garter from the Queen, is said to be close to her Majesty.

A source told the Sunday Times that the politician, 76, would not have gotten involved with the case if the royal family had not approved of it.