Asked by LBC what would happen tomorrow, Boris Johnson (pictured today on the show) said: ‘I think the deal goes down’

Boris Johnson today warned that MPs will ‘reap the whirlwind’ if they try to overturn the Brexit referendum result.

Mr Johnson also revealed that he regrets pulling out of the Conservative leadership contest in 2016, when he was dramatically betrayed by fellow Leave campaigner Michael Gove.

The comments, in a phone-in on LBC radio, came as tensions build ahead of the crucial Commons showdown on Mrs May’s plan tomorrow.

The PM is still on track for an humiliating defeat, despite making a desperate last-ditch plea for MPs to back her in a speech this morning.

It emerged over the weekend that Remainers from across parties are plotting an extraordinary bid to seize control from the government if Mrs May tries to to push ahead with a no-deal Brexit.

Conservative MP Nick Boles today confirmed plans to tear up Commons rules so MPs could propose legislation – something the government currently has power over.

But Mr Johnson said: ‘If we think that by coming up with all sorts of complicated amendments and you know delaying tactics, we’re gonna fool the British public, we’re going to manage to frustrate Brexit, I think we will reap the whirlwind,’ he said.

‘People will feel betrayed and I think they will feel that there has been a great conspiracy by you know the deep state of the UK, the people who really run the country, to overturn the vote of the people.’

Mr Johnson was also asked if he now regretted pulling out of the leadership battle in the summer of 2016.

He had been the favourite to succeed David Cameron in the wake of the referendum – but withdrew at the last moment when Mr Gove abandoned him and launched his own campaign, which quickly collapsed.

Many Westminster observers were bewildered at Mr Johnson’s decision, as he still appeared to have enough support to win.

Mr Johnson said: ‘In retrospect if I had my time again I might have done things differently.’

A dozen leading Brexiteers – including eight former members of Mrs May’s Cabinet – have written to all Conservative MPs urging them to vote against the Prime Minister’s deal.

In a joint letter sent to every Tory MP, former ministers including Boris Johnson, David Davis and Dominic Raab call upon Mrs May to stage one final attempt to persuade the EU to drop the Irish backstop which threatens to halt Britain’s exit from the custom union indefinitely.

But if the EU fails to comply on agreeing such a deal, the Britain must ‘have the confidence’ to leave on World Trade Organisation (WTO) terms on March 29.

The letter is also signed by other former Cabinet members including Iain Duncan Smith, Esther McVey and Priti Patel.

They write: ‘It is right to vote down this bad deal and that in doing so we will unlock a better future for our party, our country and its people.’

They add: ‘A managed WTO Brexit may give rise to some short-term inconvenience and disruption, but the much greater risks arise from being locked into a very bad deal.’

During his LBC appearance, Mr Johnson suggested he knows more about making cars than the boss of Jaguar Land Rover today as he insisted the motor industry would survive Brexit.

The former foreign secretary said JLR had admitted its current problems were fuelled by a collapse in sales of diesel cars and China. 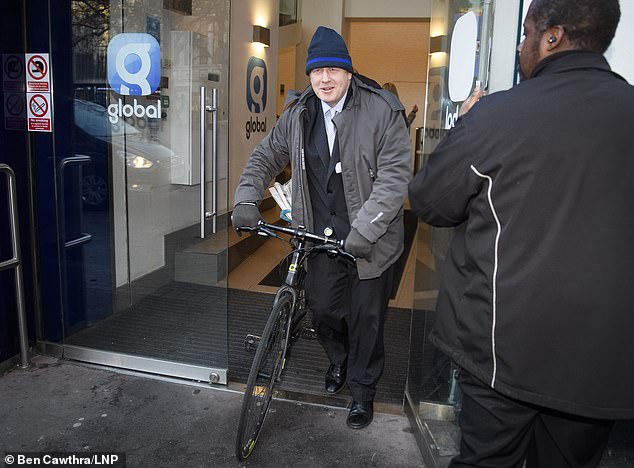 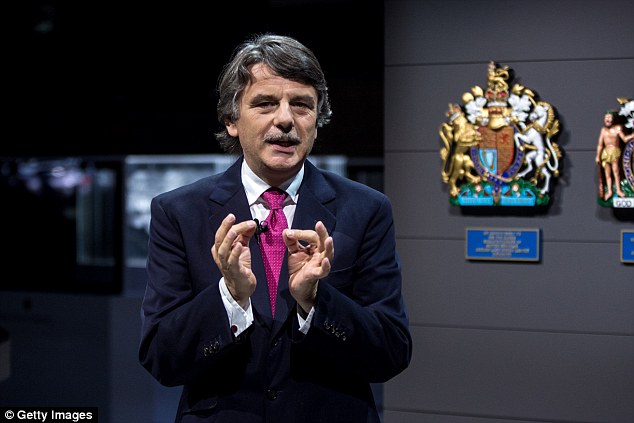 Mr Johnson dismissed claims Brexit would damage the economy and said that ’employment was prophesied to increase by half a million as a result of the temerity of the British people to leave’.

He said: ‘If you look at the reasons for the redundancies at JLR, as the management themselves pointed out, it’s overwhelmingly to do with the diesel crisis and the climb in markets in China.’

In response, host Nick Ferrari quoted JLR CEO Ralf Speth saying it would be very critical if we see a hard Brexit or no deal.

‘Companies will disappear, plants will close, there’s no way to survive hard Brexit for many industries.’ I would suggest he knows more about car manufacturers than you do,’ Mr Ferrari said.

‘Actually that’s an interesting point, I’m not certain he does by the way,’ Mr Johnson responded.

Mr Johnson said that while he was London Mayor he urged Mr Speth to switch focus to electric cars – only to be told JLR would ‘stick with diesel’.

Mr Johnson said: ‘I think events have vindicated me on that point rather than him.’