Boris Johnson could be forced to apologise for furious Commons speech

Boris Johnson is facing growing pressure to apologise after he said the ‘best way to honour the memory’ of murdered Labour MP Jo Cox is for Parliament to ‘get Brexit done’.

The Prime Minister also claimed the ‘best way’ for MPs to stay ‘properly safe’ is for them to help help deliver the UK’s departure from the European Union.

But Mr Johnson appeared to dismiss their concerns as ‘humbug’ as he repeatedly referred to an anti-No Deal law passed by Parliament earlier this month as the ‘Surrender Act’.

Members of Mr Johnson’s Cabinet also appeared to express disquiet at the remarks.

Culture Secretary Nicky Morgan said ‘we all need to remind ourselves of the effect of everything we say’ and Commons Leader Jacob Rees-Mogg said politicians should always be ‘mild in our language’.

Brendan Cox, Jo’s widower, said last night he ‘felt a bit sick’ after hearing what Mr Johnson had said and this morning said he was ‘shocked’.

MPs have launched a bid to try to force Mr Johnson to apologise in the Commons later today by demanding he answer an urgent question on the matter.

The urgent question has been granted by the Commons Speaker John Bercow but it is unclear whether Mr Johnson will answer for the government or whether another minister will be sent to answer on his behalf.

Mr Bercow said this morning the ‘toxic’ atmosphere in the chamber last night was ‘worse than any I have known’.

Boris Johnson, pictured in the House Commons yesterday, responded to concerns about the safety of MPs by saying ‘humbug’ 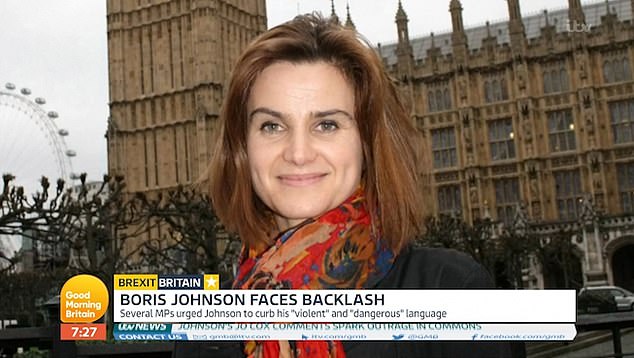 There were angry clashes from the start as Mr Johnson refused to apologise for suspending Parliament as he maintained his position that while he respected the court’s ruling he disagreed with it.

Anger levels then spiked after Labour MP Paula Sheriff said the PM ‘should be absolutely ashamed of himself’ over his Brexit rhetoric as she pointed to Ms Cox’s commemorative shield which is on the wall in the Commons chamber.

Ms Sheriff said: ‘We stand here under the shield of our departed friend. Many of us in this place are subject to death threats and abuse every single day.

‘Let me tell the Prime Minister that they often quote his words—surrender Act, betrayal, traitor—and I, for one, am sick of it.’

She told the PM politicians ‘must moderate our language’ but he replied: ‘I have to say that I have never heard such humbug in all my life.’

He also said the ‘best way to honour the memory of Jo Cox, and indeed to bring this country together, would be, I think, to get Brexit done’

And responding to concerns about MPs’ safety, he said: ‘Believe me: the best way to ensure that every parliamentarian is properly safe and to dial down the current anxiety in this country is to get Brexit done. I hope that he will support us.’

Mr Johnson’s comments prompted howls of anger as a number of MPs walked out of the chamber.

Jess Phillips, the Labour MP, tweeted: ‘I’m not scared of an election, I am scared I might be hurt or killed.’

Meanwhile, Lib Dem leader Jo Swinson attacked the PM and said that she had just had to report a ‘threat against my child’ to the police as she said ‘we must be able to find a way to conduct ourselves better’.

But the PM’s combative performance prompted applause and a standing ovation from many Tory MPs.

Dominic Grieve, the former Tory MP who was stripped of the whip after backing a bid to block a No Deal Brexit, said he found the standing ovation given to Mr Johnson ‘terrifying’. 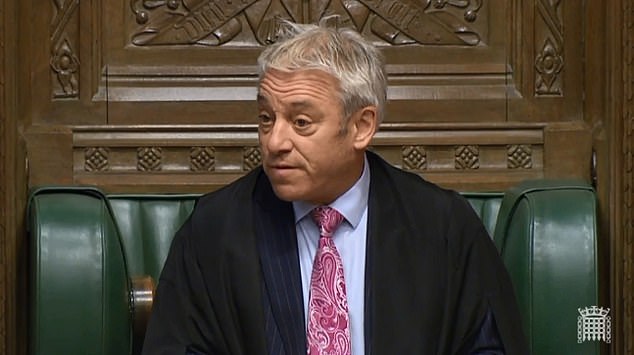 John Bercow, the Commons Speaker, today called for calm as he said last night’s debate was the most ‘toxic’ he could remember

He told ITV: ‘I find it terrifying actually. This is somebody who is a pathological liar, one can watch him do it in the chamber of the House of Commons.

‘I agree with Jess [Phillips]. He has no moral compass of any kind at all and it was quite deliberate, what he was saying was ‘you do as I say and you won’t be subject to death threats’.

‘That was the impact of that comment. It is total populism.’

Ms Morgan also expressed discontent at Mr Johnson’s remarks as she tweeted: ‘I know the PM is aware of & sympathetic about the threats far too many of us have received because I shared with him recently the threats I am getting.

‘But at a time of strong feelings we all need to remind ourselves of the effect of everything we say on those watching us.’

Mr Rees-Mogg told the Commons after the PM’s statement: ‘What has happened to other Members, particularly on social media, has been deeply unpleasant and troubling.

‘We all have a responsibility to be mild in our language when we are speaking in this House or outside.’

Mr Cox told ITV’s Good Morning programme today that the ‘tone of our politics is descending into the gutter’. 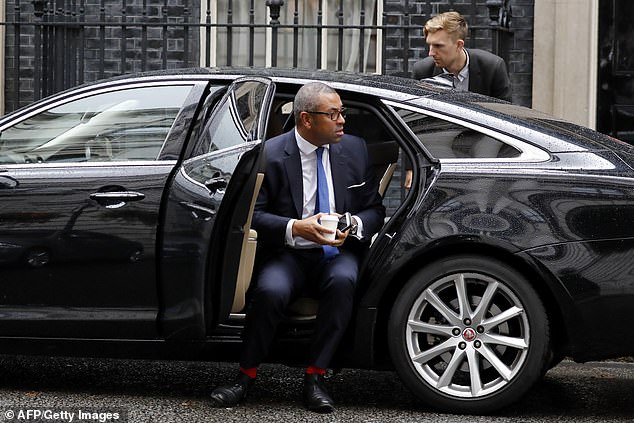 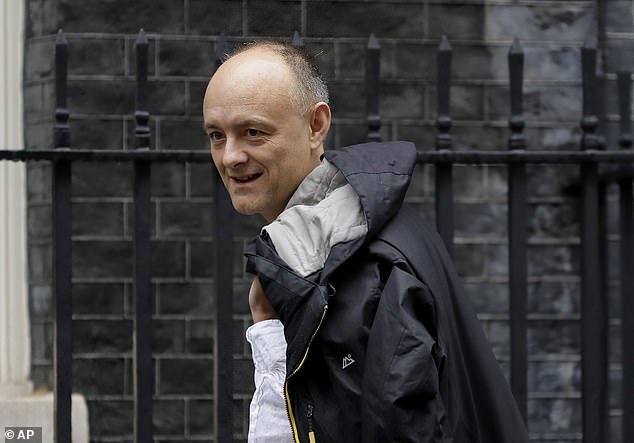 Mr Johnson is believed to be planning a ‘People versus Parliament’ election campaign overseen by top aide Dominic Cummings, pictured arriving in Downing Street this morning 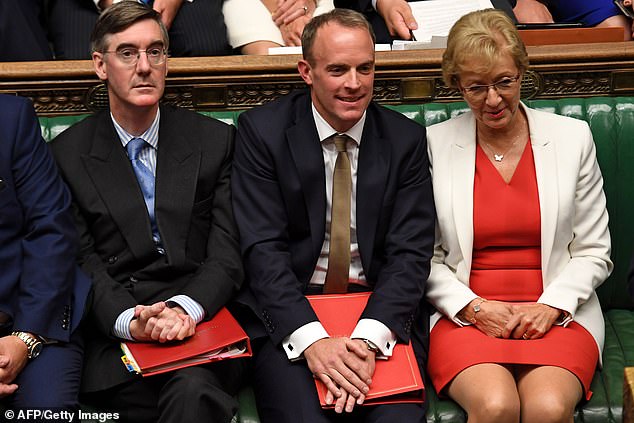 Mr Rees-Mogg, pictured in the Commons last night, said politicians need to be ‘mild in our language’ 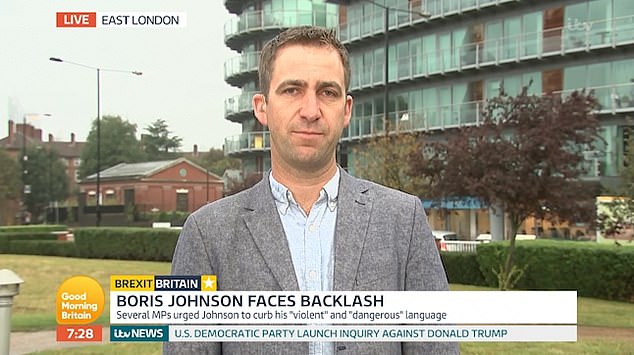 He said: ‘It was one of those moments where you’re shocked. I have to say I didn’t expect Jo’s name to be used in that way. It made me feel sick.’

He urged MPs to ‘remember what Jo always said which is we do have more in common than that which divides us’.

‘The accusations thrown at him yesterday were deeply unfair,’ he said.

‘He was accused of calling people traitors – he has never done that.’