Boris Johnson is facing the threat of a Cabinet revolt on Brexit as ministers warn No10 chief Dominic Cummings’ plan has ‘clearly failed’.

Three Cabinet figures are preparing to confront the PM saying he must compromise with Labour and Remainer rebels to get a deal.

They are expected to tell Mr Johnson that if the EU offers a last-minute compromise on the hated Irish backstop he must ‘take what he can get’.

But there is little sign that Mr Johnson is in the mood to back down, with the Tory conference next week due to have the slogan ‘Get Brexit Done’.

He said MPs had spent three years since the referendum ‘swerving’ the result, jibing: ‘What do they expect?’

Another Cabinet minister has reportedly warned that failing to get Brexit through by the end of October would risk riots on the streets.

Meanwhile, Sir John Major has raised fears that Mr Johnson might try to abuse privy council powers to suspend a law that obliges him to beg for an extension rather than allowing the UK to crash out at Halloween. 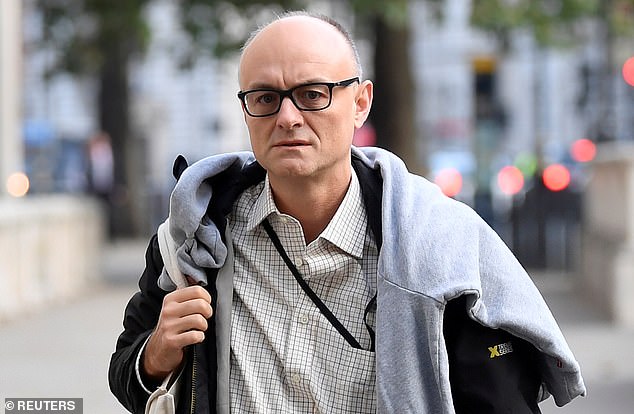 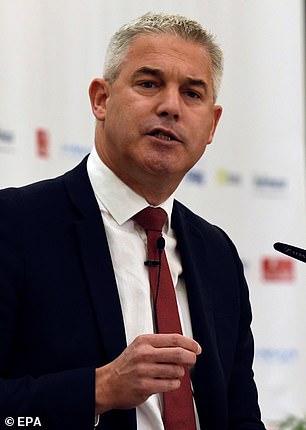 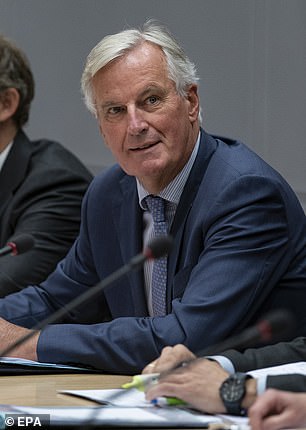 Mr Johnson has faced a backlash after he repeatedly used the phrase ‘Surrender Act’ in a Commons debate to describe legislation passed by rebel MPs to block a No-Deal Brexit.

Maverick No10 chief Cummings last night said MPs should not be surprised about the level of anger directed towards them following the repeated delays to Brexit.

‘A lot of people in Parliament are more out of touch with the country now than they were in summer 2016,’ he told an event in London.

‘If you’re a bunch of politicians and you say we are going to respect the result of a democratic vote, and then after you lose you say, ‘We don’t want to respect that vote’, what do you expect to happen?’

Mr Cummings said there was a ‘very important distinction’ between ‘robust political discussion and threats of violence’.

‘Threats of violence are a completely different matter…everyone should take those extremely seriously,’ he added. Asked whether he believes MPs have themselves to blame for the abuse they are receiving, he replied: ‘That’s the way you’re putting it. I am using my language.’

However, according to the Sun, three ministers are set to order the PM to take a softer stance. Some reportedly believe the EU will offer a time limit on the backstop.

‘A deal is the only way we can leave on October 31 now. The PM has to lean in now and take what he can get,’ one said.

Mr Johnson faced fury on Wednesday night after he dismissed as ‘humbug’ a complaint by a Labour MP that his ‘inflammatory’ rhetoric risked provoking attacks on MPs.

He further angered the opposition by suggesting that the best way to honour murdered Labour MP Jo Cox – an ardent Remainer – was to ‘get Brexit done’. Former Tory premier John Major yesterday accused Mr Johnson of ‘wilfully’ destroying the prospects of any cross-party agreement on Brexit with his Commons onslaught. 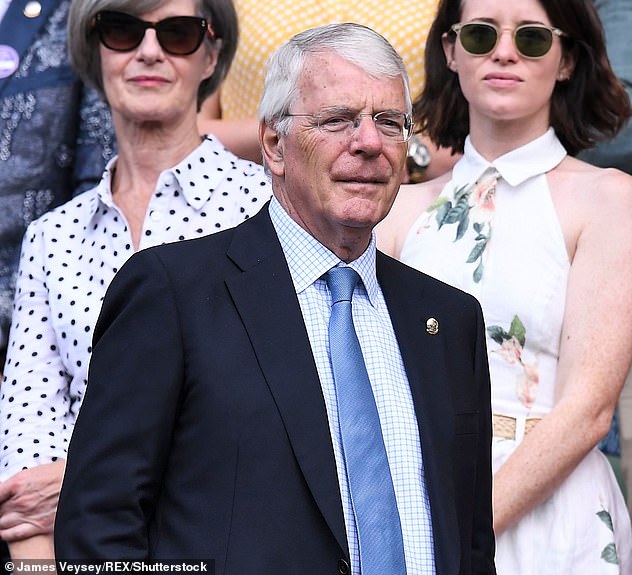 He said Mr Johnson was whipping up ‘fear and anger’ for electoral purposes – a tactic he described as ‘profoundly un-Conservative’.

Mr Johnson defended himself in a round of interviews with BBC regional news programmes, saying: ‘I do think in the House of Commons it is important I should be able to talk about the ‘Surrender Bill’ in the way that I did.

Mr Johnson said he believes that ‘tempers need to come down’, but accused opposition MPs of using more abusive terms than him in the Commons chamber.

‘I was sitting opposite people who were shouting all sorts of things at me all afternoon that were far harsher,’ he said.

‘What I worry about is if we don’t get Brexit done, then people will feel very badly let down – and that’s why we’ve gotta bash on and get it done on October 31.

‘It’s only by getting Brexit done that you’ll lance the boil…of the current anxiety.’

In a meeting of Tory MPs earlier, Mr Johnson said the party would not be ‘bullied’ into toning down its language. However, Labour MPs have warned that the ‘horrendous’ language about Mrs Cox could scupper Mr Johnson’s chances of getting a Brexit deal through Parliament.

A number of pro-Leave Labour MPs are known to have been considering voting for any agreement he strikes as they are so worried by the prospect of No Deal. But shadow home secretary Diane Abbott said Mr Johnson’s performance on Wednesday had put off colleagues from offering cross-party support.

Commons speaker John Bercow pleaded with MPs on all sides to tackle the ‘toxic’ political culture. He said: ‘There was an atmosphere in the chamber worse than any I’ve known in my 22 years in the House. On both sides passions were inflamed, angry words uttered – the culture was toxic.’