Boris Johnson is facing a furious Tory revolt over his refusal to drop the NHS surcharge for foreign health and care workers today – as experts dismissed suggestions the move would cost nearly a billion pounds.

Senior Conservatives demanded that the government show ‘generosity of spirit’ amid an outcry over those on the frontline of the coronavirus battle being forced to pay.

Mr Johnson insisted yesterday that the £400 annual fee for migrants raised £900million in revenue, as he swatted away calls for it to be waived.

But the respected Institute for Fiscal Studies (IFS) said scrapping the charge for NHS and staff workers alone would only shave off a tenth off the total.

The row comes after the government was forced into a U-turn over excluding foreign NHS porters and cleaners from the coronavirus bereavement scheme, meaning that the relatives of those who died might be kicked out of the country.

The families of all staff who die from coronavirus will now be granted indefinite leave to remain, after anger that they were being ‘stabbed in the back’ by ministers.

Tory MP William Wragg, chair of the Public Administration select committee, led a backlash from Mr Johnson’s own side 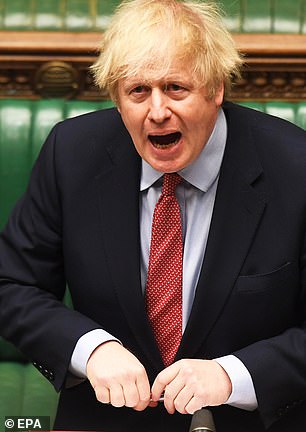 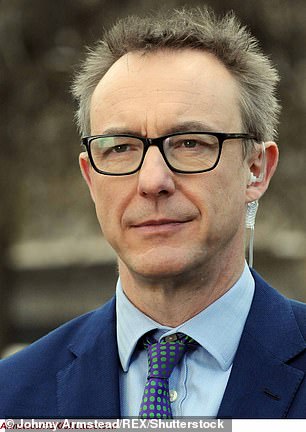 Paul Johnson, director of the Institute for Fiscal Studies, (right) said if the PM (left in the Commons) scrapped the charge for these workers it would only shave off a tenth of the total income 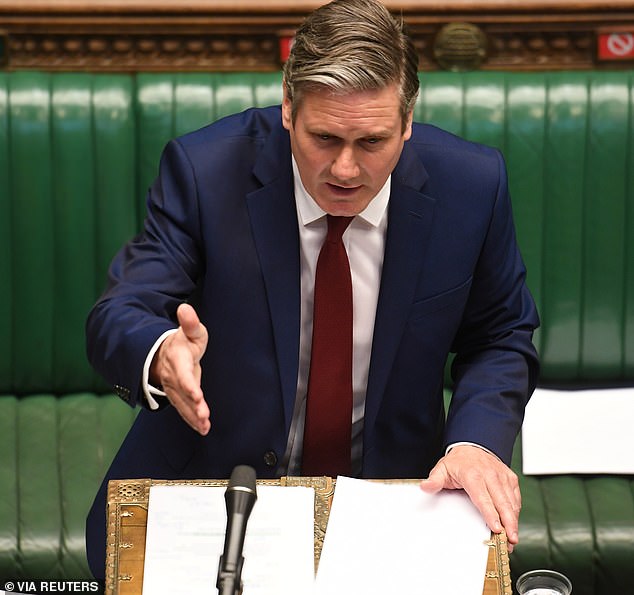 Labour leader Sir Keir Starmer urged the PM to drop the fee, but his advances were stonewalled 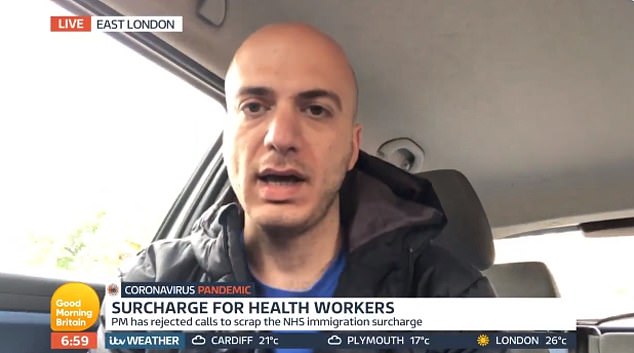 How much is the NHS surcharge and who has to pay it?

The NHS surcharge must be paid by all non-EU nationals seeking a visa to come to the UK.

For students it is £300 a year, while for workers it is £400. The charge must also be met for dependents.

Arrivals have to pay up front for the total period of the visa they are being granted – so a two year permit would mean an £800 bill.

Part-years are counted as half the charge.

But Mr Johnson responded: ‘I’ve thought a great deal about this and I do accept and understand the difficulties faced by our amazing NHS staff and, like him, I’ve been a personal beneficiary of carers who have come from abroad and, frankly, saved my life.’

He added: ‘On the other hand we must look at the realities – this is a great national service, it’s a national institution, it needs funding and those contributions actually help us to raise about £900million, and it’s very difficult in the current circumstances to find alternative sources.

‘So with great respect to the point (he) makes, I do think that is the right way forward.’

But while the PM touted the surcharge as a £900milion revenue raiser, it was pointed out that axing the levy for just foreign health and care workers would cost just £90million.

Figures from the House of Commons Library, which produces impartial briefings for MPs, indicate that £917m is the amount raised by the surcharge over four years.

It estimated dropping the levy for NHS staff would cost around £35million a year – although including care workers would increaase that figure substantially.

Tory MP William Wragg, chair of the Public Administration select committee, led a backlash from Mr Johnson’s own side overnight.

He tweeted: ‘I will support the nhs fee exemption for migrant nhs and care workers. Now is the time for a generosity of spirit towards those who have done so much good. I am sure that @conservatives colleagues will be supportive.’

The Syrian refugee hospital cleaner who tearfully shamed Boris Johnson into a U-turn over banning foreign workers from the NHS’ bereavement scheme today urged the Prime Minister to scrap the ‘inhumane’ charge forcing them to pay to use the health service.

Mr Johnson defended the government’s Immigration Health Surcharge as ‘right’ during PMQs yesterday while also revealing 321 NHS and social care workers, many who were born outside Britain, have

He told BBC Radio 4’s Today programme: ‘Well, I think, on the issue of the health surcharge, firstly it is obviously there to provide funding for the NHS and the basic principle that if you come to this country, that you are working, that you make that contribution.

He added: ‘The situation in relation to those people working within different functions in the NHS is more complicated because of the visa and immigration system that they are likely to be within.

‘In other words, if you are a doctor and nurse then you are on a specific visa when we have that direct contact with the NHS trust.

‘For those in social care, it is more disparate, which makes it more complicated and more challenging in terms of the situation.’

Dame Donna Kinnair, chief executive and general secretary of the Royal College of Nursing, said: ‘The immigration health surcharge is a grossly unfair financial burden on our international workforce and we’re pleased to see the issue being taken seriously by politicians.

‘The Government must drop this charge as a matter of urgency.’ 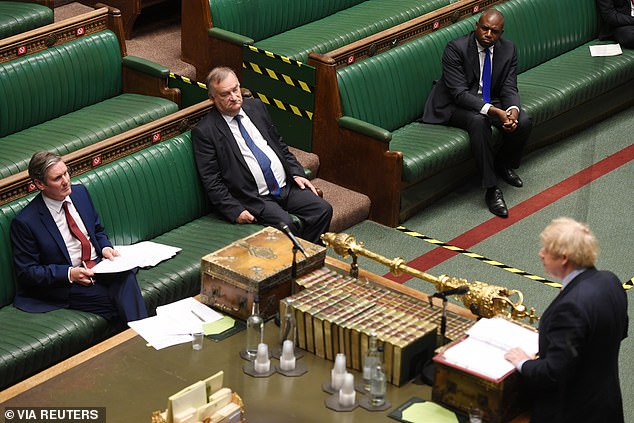 During their weekly dual across the Commons dispatch box, the PM said: ‘This is a great national service, it’s a national institution, it needs funding and those contributions actually help us to raise about £900million’