A Labour general election candidate has been left red-faced after he was found to have hailed Boris Johnson as a ‘legend’.

James Wilder, who is standing in the safe Conservative seat of Newbury, was gushing over the Prime Minister in a series of unearthed Facebook posts.

Beside a picture of the then Mayor of London, the would-be Labour MP said ‘what a man!’ and even suggested he would not mind if the Tory leader were his father.

But the remarks have left the secondary school history and politics teacher with egg on his face as he now finds himself knocking on doors urging voters to back Jeremy Corbyn on December 12. 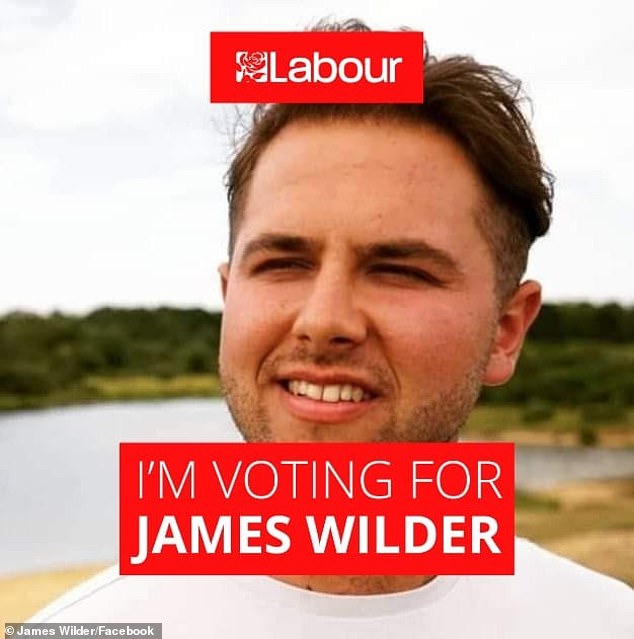 The secondary school teacher, who is standing in the safe Conservative seat of Newbury, has been teased for his past comments praising the Tory leader

This was followed by further a further glowing tribute in 2014 during the Invictus Games.

Mr Wilder posted a snap of the moment on Facebook with the comment: ‘Boris giving me and Jono Spencer a wave. What a man.’

One of his friends Steve Bearpark posted: ‘Probably thought you were his long lost son Wilder.’

These embarrassing posts have resurfaced in the midst of the current election campaign, and have seen Conservatives tease the Labour hopeful. 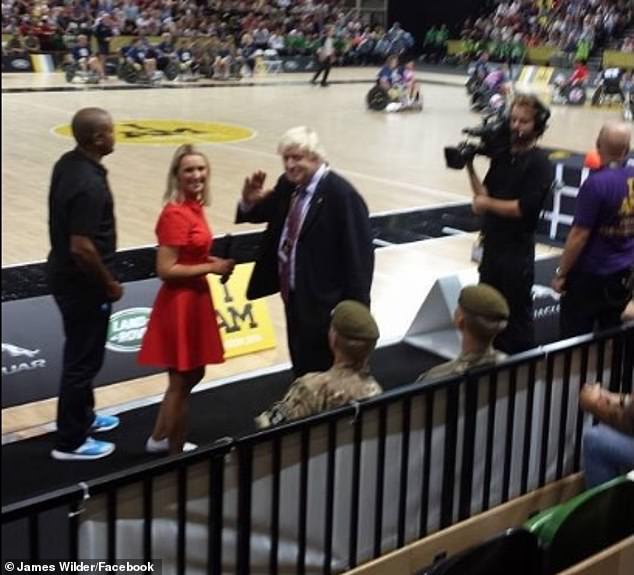 In 2014 during the Invictus Games, Mr Wilder posted this snap on Facebook with the comment: ‘Boris giving me and Jono Spencer a wave. What a man’

But a defiant Mr Wilder swatted away their barbs by accusing them of trying to distract from the real campaign issues.

He said: ‘While the Conservatives with no forward thinking policies of their own are focusing on what a schoolboy said 10 years ago, my campaign is focusing on the positive policies to transform West Berkshire.’

Mr Wilder is going head-to-head with Tory Laura Farris after Richard Benyon – who has had the seat since 2005 – decided not to stand in the December 12 ballot.

He is a history and politics teacher at the Park House School, in Newbury.

Mr Wilder did a first class degree in sport and social science at Bath University.

SNP’s Mhairi Black is currently the youngest MP, aged 25, meaning that Mr Wilder will be one of the youngest parliamentarians if elected.

But he faces an uphill struggle to overturn the massive 23,000-vote Tory majority.