One final clap: Boris Johnson meets NHS heroes and public buildings are lit up for last round of applause for health workers on the NHS’ 72nd birthday

Applause for the NHS can be heard once more this evening as the nation steps out onto it’s doorsteps to mark the health service’s 72nd anniversary.

The clap, which took place at 5pm this evening, was a continuation from the success of the weekly Clap for Carers as a way to thank NHS staff for their tireless efforts throughout the coronavirus pandemic.

It is hoped the applause will become an annual tradition on the NHS’ anniversary, July 5.

To mark the occasion prime minister Boris Johnson is meeting with NHS workers in the Number 10 garden this afternoon, while public buildings including the Royal Albert Hall, Blackpool Tower and the Shard have been lit up blue in tribute to the health service.

Speaking at a Downing Street press conference on Friday, Mr Johnson urged the public to clap for ‘those who have worked tirelessly and selflessly to help the nation get through this pandemic’.

A candle is lit and placed on the doorstep of 10 Downing Street in central London on July 4, 2020 in honour of the tens of thousands of people who have died as a result of the coronavirus pandemic in the UK as the building itself is lit up blue as a tribute to NHS workers and to mark the 72nd anniversary of the NHS 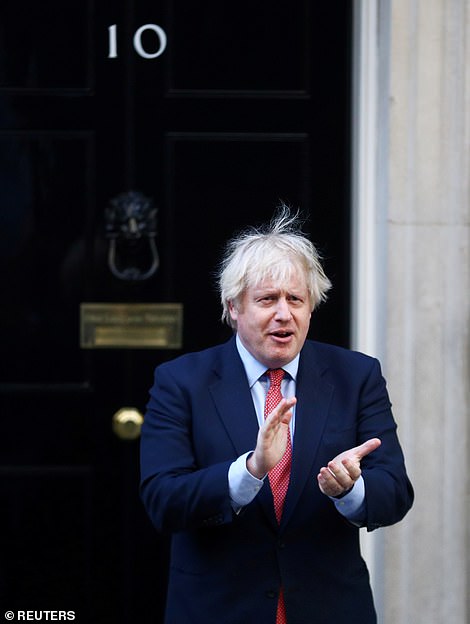 To mark the occasion prime minister Boris Johnson (pictured May 28) is meeting with NHS workers in the Number 10 garden this afternoon.

Both Sir Kier and Charles paid tribute to the NHS in separate messages on Sunday.

Charles said: ‘The current pandemic means that the NHS – and the entire country – has been through the most testing time in the service’s history.

‘Our remarkably selfless nurses, doctors, paramedics and countless other staff have made costly sacrifices to provide treatment for more than a hundred thousand patients with coronavirus and thousands more who needed other care.

‘And, in tribute to them, we have come together as a nation to thank them for their skill, professionalism and dedication.’

Meanwhile, Sir Keir said the health service had a personal resonance for him as his late mother was a nurse and later relied on the NHS as she became ill.

He said: ‘Many, many times she got gravely ill and it was the NHS that she turned to, and I remember as a boy, a teenager, being in high dependency units, in intensive care units, with my mum, watching nurses and other support staff keep my mum alive.

‘They did that on more than one occasion – it’s etched in my memory. For them, it was just the day job. They were doing that every day.

‘So, it’s very personal for me and I’m very grateful to the NHS and my mum was very grateful, she loved the NHS through the many decades that she absolutely depended on them.’ 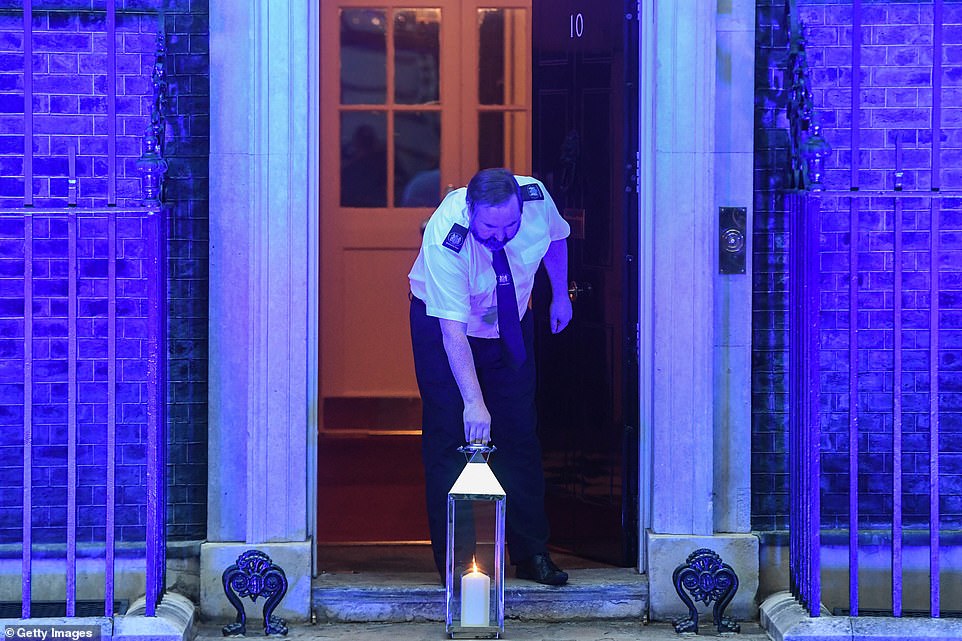 Prime Minister Boris Johnson was among those due to take part in country-wide event, with a candle lit at his official residence at 9pm on Saturday, ahead of the National Health Service’s 72nd anniversary. Pictures showed a Downing Street worker bringing an pre-lit candle outside 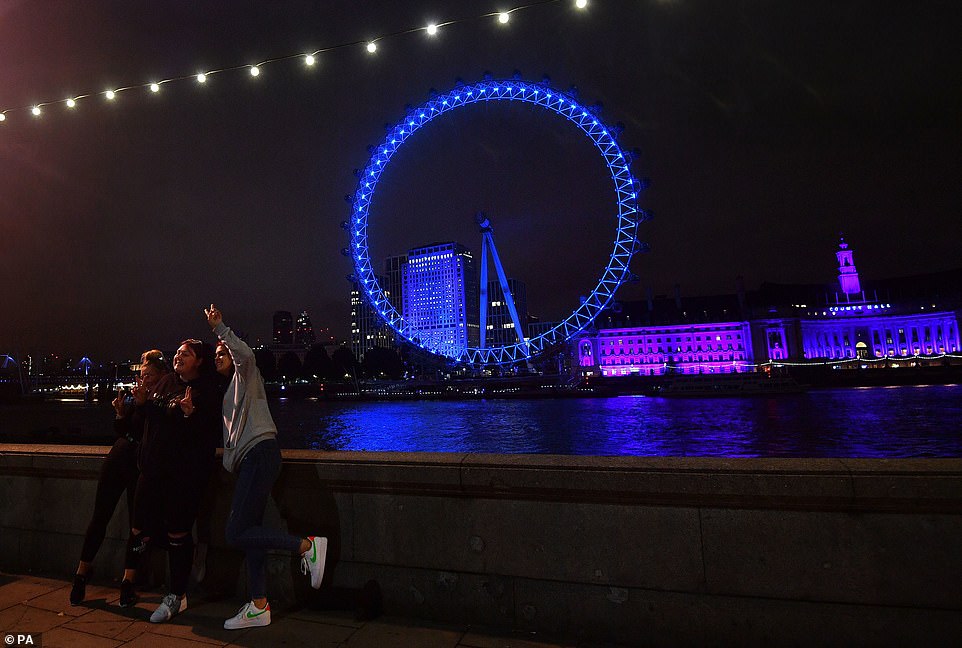 As part of the NHS birthday celebrations The London Eye is illuminated blue on Saturday evening, July 4

On Saturday, people observed a minute’s silent and lit candles in remembrance of those who have died during the coronavirus pandemic.

The nationwide clap has been organised following a letter from the Together coalition, in which influential figures including NHS chief executive Sir Simon Stevens and the Archbishop of Canterbury Justin Welby voiced their support for making July 5 an official day of commemoration.

Sir Simon said he hoped the public will use the anniversary as an opportunity to ‘say a heartfelt thank you’ to hospital staff.