New questions have been raised over a grant awarded to a company run by Boris Johnson’s glamorous friend Jennifer Arcuri after it emerged that she applied for it using an old address.

Culture minister Matt Warman today told the House of Commons that Arcuri’s firm Hacker House was awarded the money because it was registered in Britain.

But she applied for the taxpayer-funded cash using a British address in October last year – at least a month after moving to the United States, according to the couple living at the property.

Katya Horton says she moved into the house, in Prestbury, Cheshire, where Hacker House is registered last October and the landlord said it had been empty for at least a month.

Arcuri applied for the £100,000 government grant in the October using the Cheshire address registered with Companies House, the Department of Culture, Media and Sport confirmed today.  The money has been frozen pending a ‘review’, officials said.

Ms Horton, 45, told MailOnline: ‘We moved in to the house in October last year and the landlord said it had been empty for a least a month beforehand. 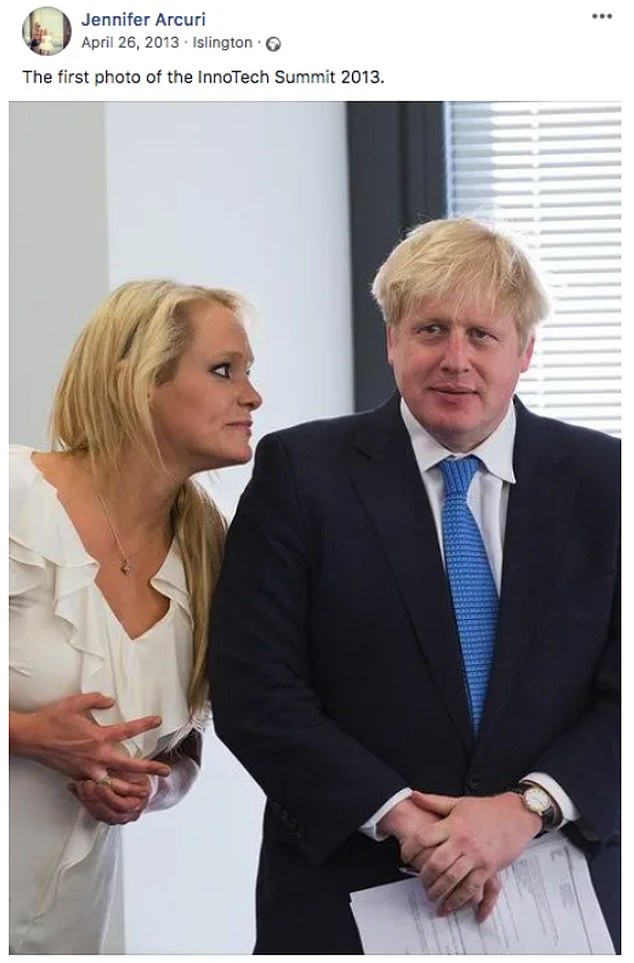 Mr Johnson commands six-figure sums for speaking engagements, but agreed to talk at several technology events hosted by Miss Arcuri (pictured together in 2013) prompting speculation about the nature of their friendship 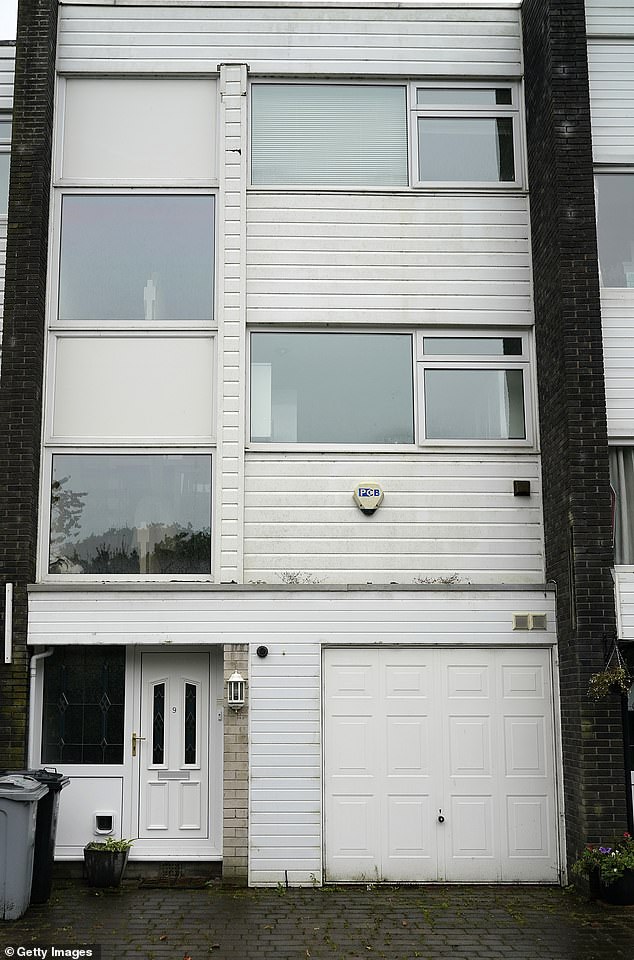 ‘I know they have used public money and it is quite annoying when you pay your taxes.

‘We get a couple of letters [addressed to Ms Arcuri’s company] a month. Revenue stuff, bank statements, credit card statements. They get shredded.

‘They had money in them, but not a lot. Business bank accounts as well. I have contacted the Revenue actually and told them they’re not here any more.

‘However, the Revenue came back and said we needed to fill out a form and I thought I’m not doing that, I can’t be bothered,’ added Ms Horton who lives at the address with her partner Stephen Clark, 46.

She spoke as the Government’s claims that the company was properly vetted during the grant process appeared to be unravelling.

Mr Warman insisted that his department had undertaken the ‘usual due diligence’ in awarding the handout, but confirmed that an investigation was being launched. 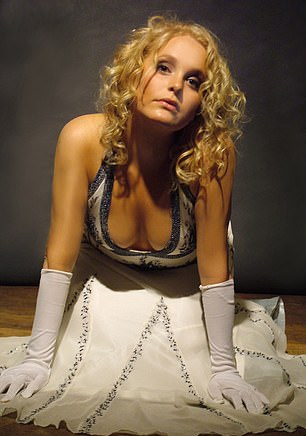 Ms Arcuri, a former model, set up a tech company that was in receipt of four grants totalling £126,000 from the British government and accompanied Mr Johnson on three foreign trips 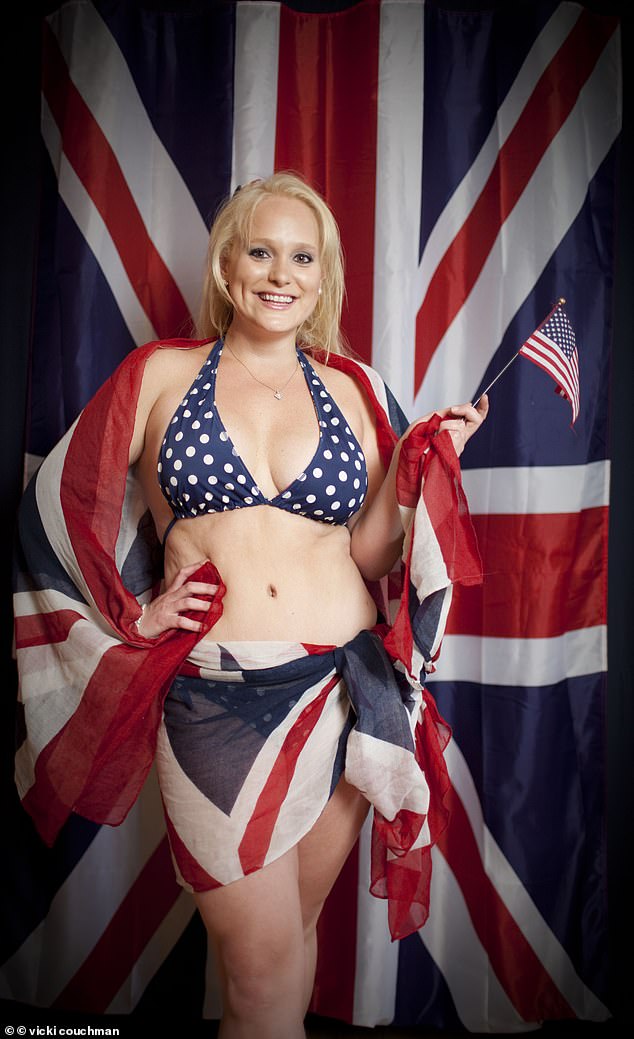 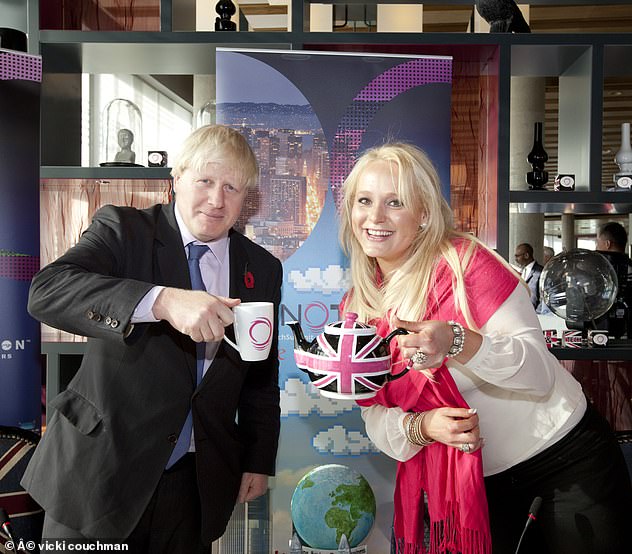 ‘This is a company that is based in Britain, so far as Companies House in concerned,’ he said. ‘It is a company with a British phone number.’

But Labour’s shadow culture secretary Tom Watson said that his office called the number supplied and found that it was answered in California.

A Watson aide said that the call was answered by a woman who did not identify herself but said she was from Hacker House and was in the US state.

Ms Arcuri, 34, who was a close friend of then London Mayor Boris Johnson, has received around £126,000 in four government grants for her cyber security firms.

One of companies, Innotech, shared a £12,447 City Hall handout to several companies to help them fund a trade mission to South Africa in 2013.

Mr Johnson, at 55, 21 years Ms Arcuri’s senior, was also a frequent visitor to the former model’s trendy apartment in Shoreditch, east London, where she had installed a dancing pole.

She also accompanied Mr Johnson on three foreign trade trips after the Mayor of London’s aides intervened when she hadn’t met the criteria to join the trips, The Sunday Times claimed. 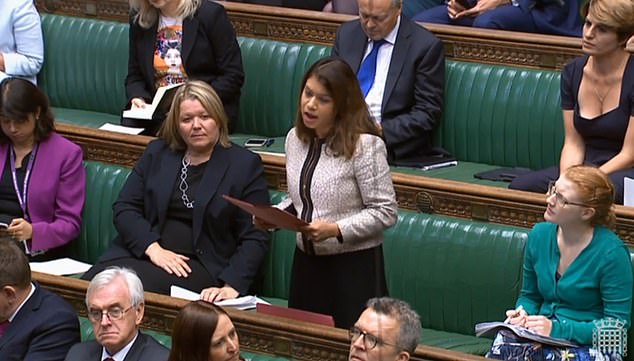 Mr Johnson has refused to answer questions over this relationship with Arcuri – insisting only that funds handed out while he was mayor were awarded with ‘utter propriety’.

Speaking in Parliament today, Lib Dem MP Layla Moran said: ‘The fact that we are back in the Commons today is because the Prime Minister has been shown to ride rough-shod over the laws of this land.

‘It would indeed be disappointing if we were to find that the prime minister has form in bending the rules for personal or political gain.

Warman said MPs needed to be careful of spreading ‘tittle tattle’ about the grant. saying it had been awarded ‘by officials through the proper process’.

‘The Prime Minister and his staff have had absolutely no role in the award of this grant,’ he said.

He added: ‘We have no reason to think there is anything untoward in this particular matter.’

Yesterday Miss Arcuri’s mother and stepfather said their daughter had denied any impropriety. A family friend added: ‘He sponsored her. He didn’t s***w her.’

Speaking from their home in Louisville, Kentucky, her stepfather John Jendrezejewski, 71, said: ‘No way would there have been a sexual relationship. The idea is ridiculous. They weren’t best of friends although good friends.’