Boris Johnson is planning a whirlwind trip to Paris and Berlin in the next two weeks to deliver his Brexit demands to Emmanuel Macron and Angela Merkel in person.

The plan is believed to be under consideration by Downing Street in order to avoid Brexit dominating the G7 summit set to be held in Biarritz, France, from August 24-26.

The EU and the UK are locked in a state of Brexit stalemate after Mr Johnson adopted a hardline negotiating stance as soon as he won the keys to Downing Street last month.

Mr Johnson has insisted talks can only begin once Brussels accepts that the existing Withdrawal Agreement must be radically overhauled and the Irish border backstop deleted.

But the EU has been adamant that the divorce deal struck with Theresa May cannot be changed and that the backstop protocol is non-negotiable.

Despite both sides refusing to budge, government sources believe there would be merits to Mr Johnson spelling out the UK’s position to the French president and German chancellor personally.

They believe it would hammer home that he is serious about his ‘do or die’ pledge to deliver Brexit with or without a deal by October 31.

One government source said there would be ‘nothing to be lost from delivering that message face to face’.

Meanwhile, the government is thought to have identified September 9 as the date for a potential first Brexit showdown with disgruntled Remain-backing MPs.

Sources believe Commons business currently scheduled for that day could be targeted by rebels in a bid to take hold of the Brexit process and stop a chaotic split. 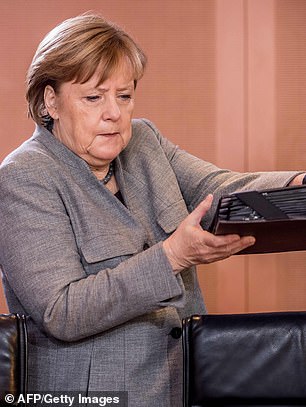 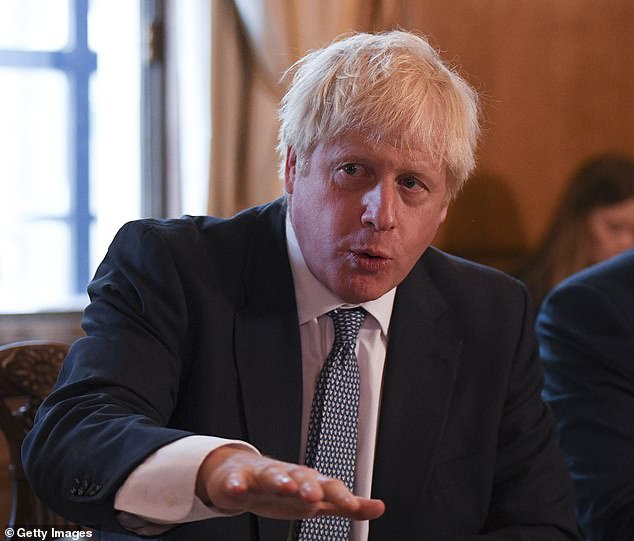 Mr Johnson, pictured today in Downing Street hosting a roundtable on tackling crime, has promised to take Britain out of the EU with or without a deal on October 31

The government believes Mr Johnson’s tough talk on Brexit has hit home in Brussels and that there is now a growing feeling on the continent he is not bluffing about No Deal.

However, many in Whitehall believe the EU is waiting to see what happens when MPs return from their summer break at the start of September before making a move.

It is thought Brussels wants to see whether MPs can block No Deal and whether Mr Johnson can survive a potential no confidence vote before plotting its final course.

That means any Brexit deal is likely to be done at the eleventh hour.

While any trip to Berlin and Paris would be unlikely to lead to an immediate breakthrough, it would have one obvious benefit for Number 10, namely that it could help stop Brexit overshadowing the G7 summit at the end of the month.

Downing Street will be keen to avoid Mr Macron and Ms Merkel slapping down Mr Johnson at the summit – his first on the world stage.

September is shaping up to be a crunch month for Mr Johnson with MPs expected to try to take a disorderly divorce off the table while Jeremy Corbyn is thought to be considering forcing a vote of no confidence.

September 9 could well be the first of what is likely to be many parliamentary showdowns between Europhile MPs and the government.

Remain-backing MPs successfully amended legislation earlier this year which requires the government to make regular statements to the House of Commons about progress in talks to restore powersharing in Northern Ireland.

The amendment was designed to guard against Mr Johnson trying to suspend parliament in the run up to October 31 to stop MPs from thwarting a No Deal split.

The first of those statements is expected to be published on September 4 with a debate in the Commons due to take place five days later.

The government believes MPs could try to use that debate to try to force a vote to allow backbenchers to take control of parliamentary proceedings.

Taking control of the order paper would then allow Europhile MPs the chance to carve out time in the coming weeks to debate and vote on new laws designed to stop a No Deal Brexit.

Today a leaked Brexit blueprint showed Remainer MPs are considering a plan to topple Mr Johnson in the weeks leading up to October 31 and then force through laws to stop Britain leaving the EU without a deal.

The strategy document, obtained by The Times, reveals some MPs want to hit the Prime Minister with a vote of no confidence in the run up to the Halloween deadline if No Deal looks likely.

They will then use a 14 day period, set out in law and supposed to be used to allow a new government to be formed, to take control of the House of Commons. 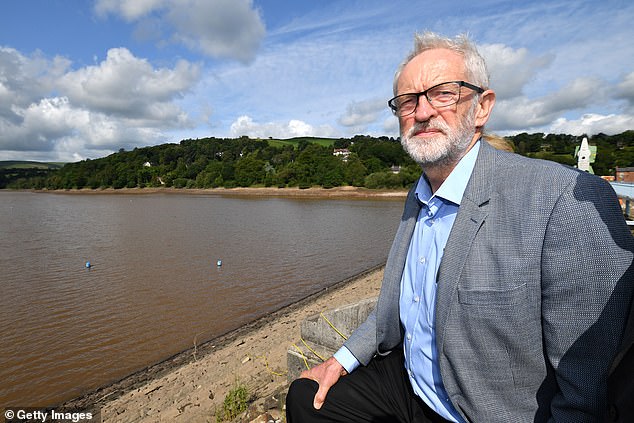 Jeremy Corbyn, pictured on August 5 in Whaley Bridge, has told Labour MPs they must be in Westminster in the first half of September, bolstering speculation he could call for a vote of no confidence in Mr Johnson’s government

They would use the time to pass legislation requiring Mr Johnson, who would effectively then be a lame duck premier, to ask Brussels for a further Brexit delay.

A general election or second referendum would then follow in order to break the Brexit deadlock.

The revelation came as it emerged Mr Corbyn has told Labour MPs to cancel all of their travel plans in early September ahead of an expected no confidence push against Mr Johnson.

The process of MPs being given permission to miss votes, known as ‘slipping’, will also be suspended by Labour to give the opposition the best possible chance of winning the vote, according to reports.