Boris Johnson’s pledge from ruins of Labour’s Red Wall: I’ll take Britain on a ‘wonderful adventure’ to get its mojo back and ‘stand tall’ in the world

Boris Johnson yesterday vowed to give Britain its ‘mojo’ back as he mounted a victory tour of the ‘red wall’ of former Labour seats which he smashed through in last week’s General Election.

The Prime Minister marked his 80-seat majority – the largest Tory win since 1987 and the worst Labour result since the 1930s – by giving a speech in Tony Blair’s old Sedgefield constituency, during which he promised to take the country on a ‘wonderful adventure’ which would allow the UK to once again ‘stand tall’ in the world.

The symbolic moment came as: 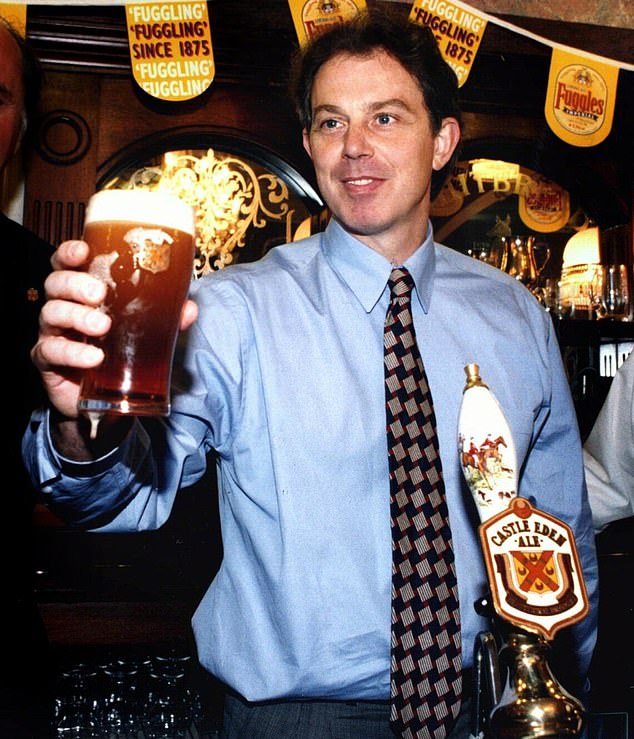 Sedgefield, which returned Mr Blair (pictured with a pint at Trimbdon Labour Club where his constituency office was located) with a majority of 25,143 in the 1997 Election, elected a Tory MP for the first time in 84 years

Sedgefield, which returned Mr Blair with a majority of 25,143 in the 1997 Election, elected a Tory MP for the first time in 84 years last week.

Paul Howell’s victory by a margin of 4,513 votes was one of 27 Labour seats to turn blue, as pro-Brexit voters in the Midlands and North rejected Mr Corbyn.

Speaking at the town’s cricket club, Mr Johnson said: ‘We are going to recover our national self-confidence – our mojo. It’s going to be a wonderful, wonderful time for the country.

‘Our country will stand tall in the world. We’ve embarked on a wonderful adventure. We’re going to do things differently and better.’

As a crowd chanted ‘Boris, Boris’, he said: ‘I want to thank you, all of you, for the trust that you have placed the Conservative Party and in me… I can imagine people’s pencils hovering over the ballot paper and wavering before coming down for us and the Conservatives, and I know that people may have been breaking the voting habits of generations to vote for us. 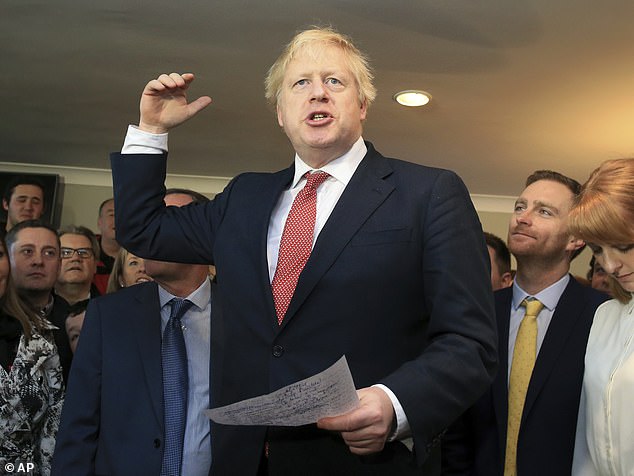 ‘I want the people of the North East to know that we will repay your trust. And first of all what are we going to do? We’re going to get Brexit done.’

Tomorrow’s mini-reshuffle will replace Culture Secretary Nicky Morgan, who stepped down at the Election, and former Welsh Secretary Alun Cairns, who resigned from the Cabinet in November following claims that he had known about a former aide’s role in allegedly sabotaging a rape trial

MPs will return to Westminster on Tuesday to be sworn in before the Queen formally opens Parliament on Thursday and announces Mr Johnson’s legislative agenda.

Mr Johnson’s allies – conscious of the Government’s widened support among less affluent voters – have arranged for the ceremony to be ‘pared down’ and ‘less glitzy’ than usual.

Privately, they have called it ‘The People’s Speech’, in a nod to the Prime Minister’s drive to establish a ‘One Nation’ political credo. 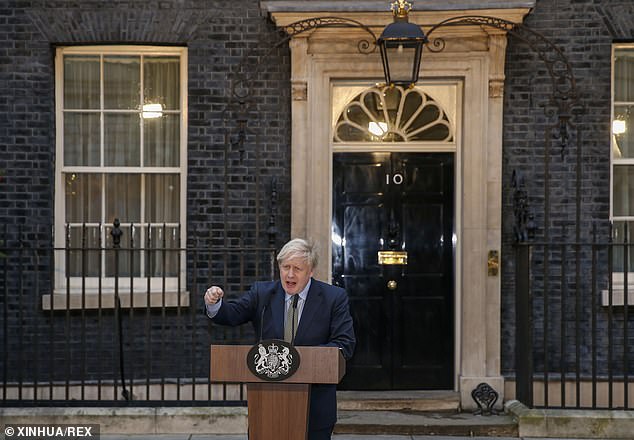 As the recriminations continued in the Labour party over the result, Shadow Chancellor John McDonnell said he would not return to the Shadow Cabinet.

He said: ‘The new leadership coming in will enable us to move forward on the key issues – getting a Brexit deal that works for all of us, tackling these grotesque levels of inequality’.

Mr McDonnell denied that he had backed the wrong Labour leader, saying: ‘Brexit dominated everything, and that was the horns of a dilemma we were on’.

Labour’s Helen Goodman, whose Bishop Auckland seat went to the Tories for the first time ever, said that ‘the biggest factor’ in Labour’s defeat ‘was obviously the unpopularity of Jeremy Corbyn’.

Former Tory Deputy Prime Minister Lord Heseltine, who backed the Lib Dems because of their Remain stance, said yesterday: ‘We’ve lost. Brexit is going to happen and we have to live with it.’

The 86-year-old said it would be 20 years before the issue is raised again.