Boris Johnson has challenged Theresa May’s record on law and order by blaming her policies for a spike in violent crime including knife attacks in London.

At the weekly Cabinet meeting on Tuesday he criticised her decision to dramatically reduce the use of stop-and-search while she was Home Secretary.

The Foreign Secretary told the Prime Minister that more stop-and-search was needed to deal with the recent increase in crime, saying the policy had helped keep offending down when he was London mayor.

The pointed exchange over crime policy was reported in The Spectator. A former Home Office civil servant told the magazine there was little evidence to back up Mrs May’s claims that black men were more likely to be targeted by police for stop-and-search. Alasdair Palmer said the department’s own research showed this not to be the case, once it had adjusted for who was present on the streets when the police were stopping and searching.

Damningly, he said that Mrs May’s aides deliberately ignored this point and went ahead with the restrictions anyway.

As Home Secretary, Mrs May toughened rules around the police’s use of stop-and-search, saying in 2014 that the system was ‘unfair, especially for young black men’.

But Mr Johnson is worried about figures released in January which showed a 14 per cent increase in police-recorded crime. Knife crime is up by even more – 21 per cent – while gun crime is up 20 per cent.

Burglary and car crime are also on the rise. In London alone, seven people have been killed in stabbings or shootings in the past week.

One Cabinet minister told The Spectator that the exchange showed the PM and her Foreign Secretary do not get on. ‘They irritate each other,’ the minister said. 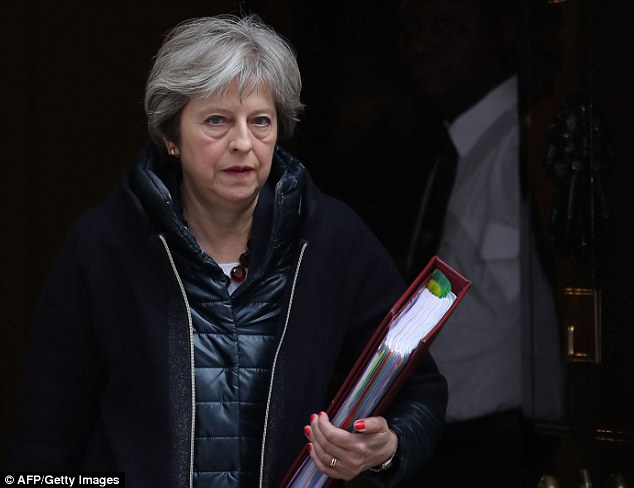 Damningly, he said that Mrs May’s aides deliberately ignored this point and went ahead with the restrictions anyway

Another person at the meeting told The Spectator: ‘Boris thinks stop-and-search is the answer; she thinks she stopped a national scandal.’

Mr Johnson argued that stop-and-search was one of the main reasons why London had had a falling knife crime and murder rate at a time when the capital’s population was growing.

Mrs May told the Cabinet that the police have all the powers they need when it comes to stop-and-search, and the problem had been that it was being used illegally.