Boris Johnson today risked a major row with Donald Trump after he claimed the UK’s extradition arrangements with the US are ‘imbalanced’ and suggested they need to be reviewed.

But the Prime Minister insisted his treaty concerns had nothing to do with a growing Transatlantic clash over UK demands for the extradition of Harry Dunn’s alleged killer, Anne Sacoolas.

The issue of extradition was raised in the House of Commons by Jeremy Corbyn during Prime Minister’s Questions.

The Labour leader claimed the UK’s extradition treaty with the US was ‘lopsided’ and was a barrier to Ms Sacoolas being brought back to Britain.

Mr Johnson agreed with Mr Corbyn that elements of the arrangements do favour the US but insisted that had no bearing on the case of Mr Dunn. 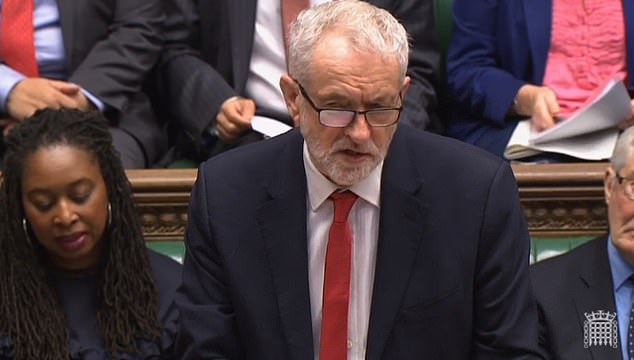 Mr Corbyn told the Commons: ‘This morning, Charlotte Charles, Harry’s mum, said “we thought we had bridged the gap with the government but they have not been honest with us”.

‘This is only the latest case of our country’s one-sided extradition treaty with the USA.

‘This lopsided treaty means the US can request extradition in circumstances that Britain cannot.

‘While the US continues to deny justice to Harry Dunn, will the Prime Minister commit today to seek an equal and balanced extradition relationship with the United States?’

Mr Johnson replied: ‘To be frank I think you have a point in your characterisation of our extradition arrangements with the United States and I do think there are elements of that relationship that are imbalanced and I certainly think that it is worth looking at.

‘But it is totally different from the case of Harry Dunn and Anne Sacoolas and we continue to seek the extradition of Anne Sacoolas to face justice in this country.’

Mr Corbyn said the case of Mr Dunn had ‘everything to do with’ the current extradition arrangements because the US refuses to extradite Ms Sacoolas ‘because of this lopsided treaty’.

The UK and the US have long had a bilateral extradition relationship with the current rules formally agreed by Tony Blair’s government in a treaty signed in 2003. 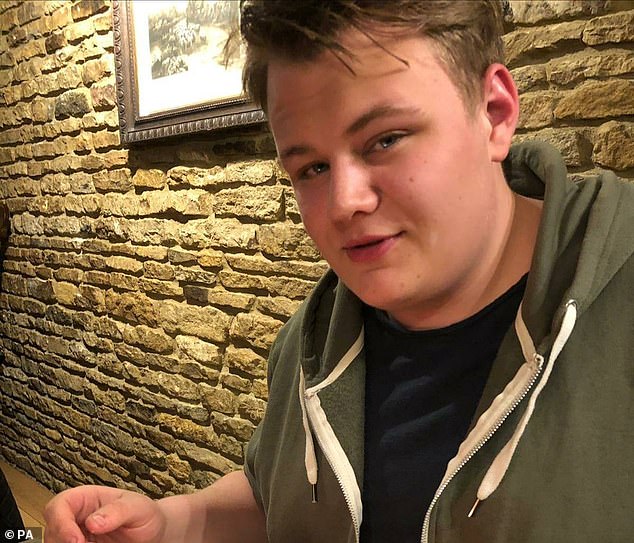 Harry Dunn, 19, was killed when his motorbike crashed into a car outside a US military base in the UK in August last year

Nineteen-year-old Mr Dunn was killed when his motorbike crashed into a car outside a US military base in Northamptonshire on August 27 last year.

Ms Sacoolas, 42, the wife of a US intelligence official based at RAF Croughton, was granted diplomatic immunity following the crash and was able to return to her home country, sparking an international controversy.

She was charged with causing Mr Dunn’s death by dangerous driving in December.

But US Secretary of State Mike Pompeo rejected an extradition request from the UK for her last month.

It has been claimed in recent days that Ms Sacoolas had worked as a spy for the CIA.