Boris Johnson has axed a former cabinet minister as the president of a major climate summit.

Claire Perry O’Neill was given the job in July 2019 ahead of the Cop26 summit in Glasgow.

She said she was ‘very sad’ that the role had been ‘rescinded’ by the Prime Minister although no official reason was given for her removal.

Sources have suggested that officials had problems with her performance  and working alongside her was a struggle.

The former energy minister – then known as Claire Perry – said she was told Whitehall could not cope with an independent unit dealing with the summit.

She said: ‘A shame we haven’t had one Climate cabinet meeting since we formed.

‘Wishing the cop team every blessing in the climate recovery emergency.’

The role will be taken on by a minister in the Department for Business, Energy and Industrial Strategy (BEIS).

A source told The Daily Telegraph: ‘There were problems both in terms of delivery and in terms of some internal matters.’

‘Her leadership has been a long-running issue.’

In 2018, while she was energy minister, she was accused of shouting and swearing at civil servants.

Three unions wrote a joint letter to Alex Chisholm, the permanent secretary at the Department for Business, Energy and Industrial Strategy (BEIS) about ministers’ behaviour. 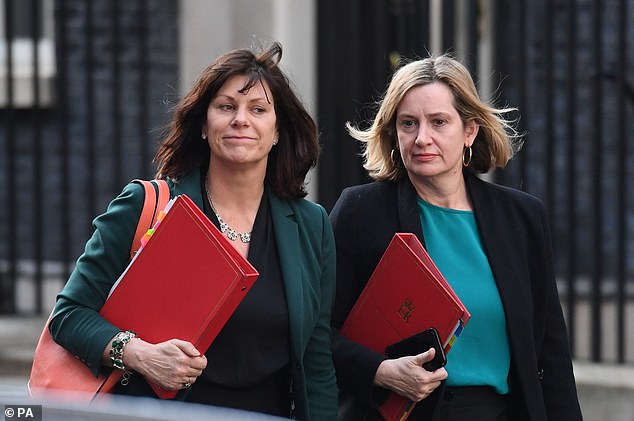 Ms Perry O’Neill (left) said she was ‘very sad’ that the role had been ‘rescinded’ by the Prime Minister although no official reason was given for her removal. Right: Amber Rudd

Ms Perry O’Neill was singled out for criticism amid claims there was a series of reports about her abuse of officials.

She dismissed these claims and no action was ever taken against her.

‘The Prime Minister is grateful to Claire for her work preparing for what will be a very successful and ambitious climate change summit in Glasgow in November.

‘Preparations will continue at pace for the summit, and a replacement will be confirmed shortly. 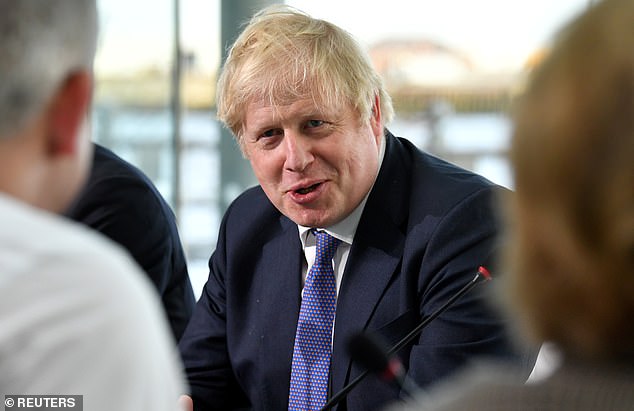 ‘Going forward, this will be a ministerial role.’

The November summit is seen as the most crucial round of UN climate negotiations since the Paris Agreement was created in the French capital in 2015.

Greenpeace UK’s chief scientist Dr Doug Parr said: ‘As the host of the next UN climate summit, the UK Government has a tremendous responsibility to make sure progress will be made.

‘This wobble just months before the event risks sending completely the wrong signal.

‘It’s vital now that the next COP26 president be quick to pick up the baton and run the anchor leg.’