The Prime Minister said the wearing of face coverings in public will be ‘useful’ in terms of stopping the spread of the disease when restrictions are lifted.

He also said they would give workers ‘confidence’ that it is safe for them to venture out, use public transport and go back to their jobs.

Speaking at the daily Downing Street coronavirus press conference, Mr Johnson said: ‘I think what SAGE is saying and what I certainly agree with is that as part of coming out of the lockdown I do think that face coverings will be useful both for epidemiological reasons but also for giving people confidence they can go back to work.

‘You are going to be hearing more about that and that kind of thing next week.’

Mr Johnson has promised to set out a ‘comprehensive plan’ within the next seven days telling the nation how lockdown will be lifted.

The government’s Scientific Advisory Group for Emergencies (SAGE) has been considering the evidence in recent weeks relating to the wearing of facemasks.

Numerous opposition politicians have recently been pushing Downing Street to change tack and recommend they be worn. 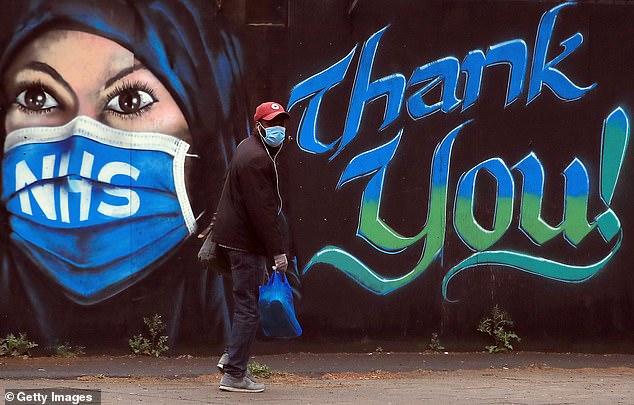 Face masks are already being worn by some people in the UK but their use is not widespread or compulsory as in some other nations. Pictured is a man walking in London yesterday

Sadiq Khan, the Labour Mayor of London had threatened earlier this week to ‘unilaterally’ order masks be worn in he capital if the Downing Street did not act.

However, Mr Khan warned that he was willing to move before the UK government, telling ITV News: ‘If it’s the case that despite all our lobbying and the emerging scientific evidence the government doesn’t change its guidance, I may well decide unilaterally to instruct Londoners to do that.’

His intervention came after Nicola Sturgeon had already told Scots that face coverings should be worn in enclosed spaces where social distancing is hard to maintain.

She said her government was advising the limited use of face coverings made of cloth, including scarves, for everyone above the age of two.

She added: ‘We are recommending that you do wear a cloth face covering if you are in an enclosed space with others where social distancing is difficult, for example public transport or in a shop.’

The use of the more general term ‘coverings’ differentiates them from medical-grade masks amid concerns greater public uptake could lead to a shortage for NHS staff.

Miss Sturgeon did not make their use mandatory, conceding evidence over their use is ‘still limited’, but said there are benefits in wearing coverings to reduce transmission from individuals who are not yet exhibiting symptoms.

Michael Gove, the Minister for the Cabinet Office, had also revealed that the UK is in the process of stockpiling masks for commuters and shoppers to wear in public.

Mr Gove said any stockpiled masks would not be the ‘high-spec surgical face masks’ used in the NHS but ones that could be used in particular settings.

Number 10 said on Tuesday that a final decision on the issue was yet to be made after SAGE had presented its conclusions on the effectiveness of masks to ministers.

Later on Tuesday, Professor Angela McLean, the deputy chief scientific adviser, said SAGE had recommended that there is ‘weak evidence of a small effect’ that wearing a face mask can prevent an infected person spreading the disease.

She told the daily Downing Street press conference: ‘The answer is clear that the evidence is weak and the effect is small, and we have passed that on to our colleagues in Government with which to make a decision.’

The wearing of masks has become an every day sight in the UK with many people deciding to cover their mouth and nose regardless of government advice. 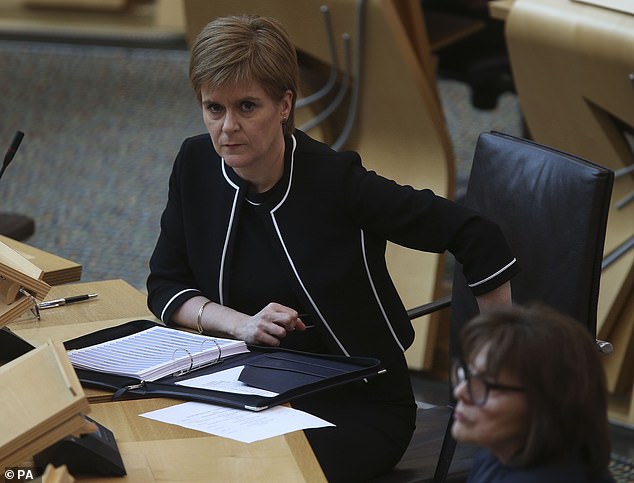 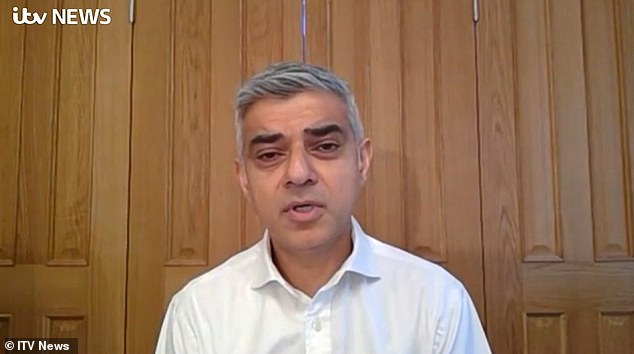 However, there are concerns that recommending they be worn could create problems for the NHS as it struggles to source enough medical grade masks for frontline workers.

Chris Hopson, chief executive of NHS Providers, previously warned that a change in guidance on face masks could result in panic-buying however as some Britons try to get their hands on higher-spec masks.

He said: ‘There is bound to be a question in some people’s minds about what form of face covering provides the greatest protection.

‘The scientific evidence is clear – the fluid repellent surgical masks used by healthcare workers offer greater protection because of the significantly smaller pore sizes in the material they use.

‘It therefore seems likely that some people will seek to purchase these masks.’