Boris Johnson agreed to to go the G7 summit in person if possible during a phone call with Donald Trump, when they also discussed a post-Brexit trade deal.

Both leaders said it was important for upcoming meeting of the leaders of the G7 group of major industrialised nations should be held in person if possible.

The gathering, which was due to take place in the US in coming weeks, is the annual meeting of prominent Western leaders.

Boris Johnson agreed to to go the G7 summit in person if possible during a phone call with Donald Trump. Pictured, Boris Johnson clapping his hands outside 10 Downing Street during the weekly ‘Clap for our Carers’ appreciation

This comes after Donald Trump on May 20 he could restore plans to hold the annual G7 summit in person at his Camp David retreat, after previously ordering the event to take place by videoconference.

Following a phone call between the Prime Minister and the US President on Friday, a Downing Street spokesperson said: ‘They discussed the global response to coronavirus and the importance of ongoing international co-operation to develop a vaccine.

‘On the upcoming G7 Summit, the Prime Minister and President discussed the importance of leaders meeting in the US in person if possible.’

The two world leaders discussed a comprehensive free trade agreement between the UK and the US.

Boris Johnson also invited Donald Trump to a Global Vaccine Summit, which the UK is hosting on 4 June.

A Downing Street spokesperson said: ‘The leaders said that China’s plan to impose national security legislation on Hong Kong goes against their obligations under the Sino-British Joint Declaration and would undermine Hong Kong’s autonomy and the one country two systems framework.

‘They spoke about a range of other issues, including the positive discussions between the UK and US on a comprehensive free trade agreement, and telecommunications security.

‘The Prime Minister invited the President to take part in the Global Vaccine Summit that the UK is hosting on 4 June to raise vital funds to save the lives of millions of children around the world.’ 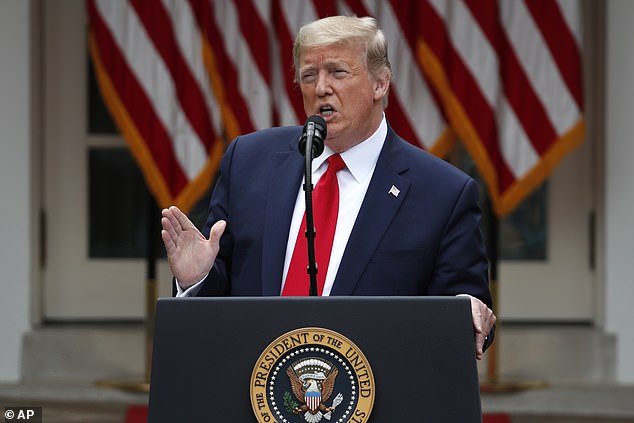 During the phone call, Boris Johnson also invited Donald Trump to a Global Vaccine Summit, which the UK is hosting on 4 June 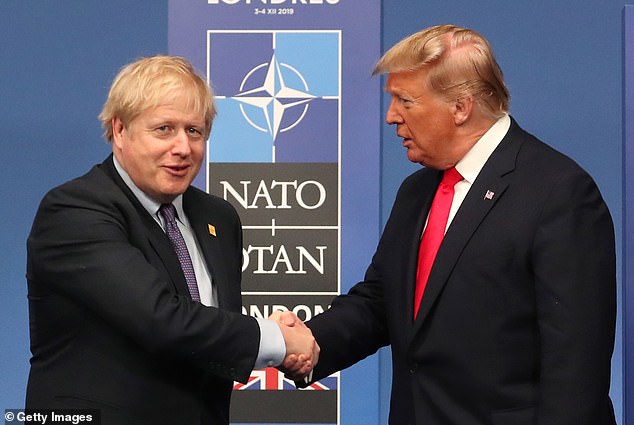 The leaders also discussed the progress on reopening the countries’ respectively amid the easing of coronavirus lockdown restrictions.

They agreed to cooperate in responding to any action in China that goes against the ‘will of the people of Hong Kong’, as China tightens its grip in planning to impose national security legislation on Hong Kong.

‘The two leaders agreed on the importance of convening the G7 in person in the near future. President Trump and Prime Minister Johnson also discussed global and bilateral issues.

‘Regarding Hong Kong, the two leaders reaffirmed the importance of the Sino-British Joint Declaration and agreed to cooperate closely in responding to any action by China that undermines the Declaration or goes against the will of the people of Hong Kong.