Boris Johnson is to establish Britain’s first dedicated veterans’ office with a priority of stopping the legal witch-hunt against troops.

The new Prime Minister is understood to have told Mr Mercer in a phone call to find a way to put an end to the relentless spurious probes against soldiers.

Boris Johnson yesterday appointed Tory MP Johnny Mercer, a former Army officer and frontline soldier, as veterans minister working across the Cabinet Office and Ministry of Defence. The pair are pictured here on the campaign trail for the Peterborough by-election

The idea is that he will be able to oversee all veterans’ issues across Government, including housing, mental health support and finding work.

It is understood Mr Johnson will also work to enshrine the ‘military covenant’ in law, which will enable soldiers to sue if the Government doesn’t treat them fairly. Earlier this month he vowed to back former soldiers, saying: ‘There will be a minister with particular responsibilities for veterans in Cabinet.’

Mr Mercer, who will be running the unit with Paymaster General Oliver Dowden, said: ‘For the first time in its history, the UK Government will have an Office for Veterans’ Affairs to pull together all functions of government to ensure that when our armed forces personnel leave service, they are looked after in the manner that they deserve.

‘I am delighted with this role, and am resolutely determined to reset this country’s relationship with her veterans. I entered parliament to do precisely this; I am grateful for the opportunity this Prime Minister has given me to do this, and I look forward to getting on with the task at hand.’

The Mail reported on Saturday that Mr Johnson had been accused of ‘forgetting’ veterans because he had not yet given the veteran job to a Cabinet minister.

It is understood Mr Mercer was subsequently offered a role as a parliamentary under-secretary of state at the Ministry of Defence but refused it as it didn’t meet his pledge. The Prime Minister then agreed to create a new role that would enable the veterans minister to sit inside the Cabinet Office. 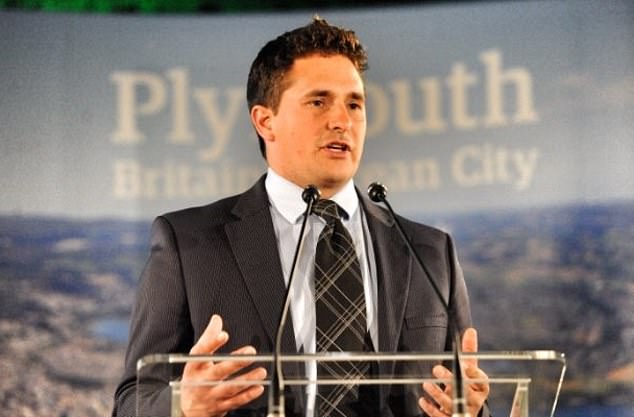 Mr Mercer launched a Commons defence committee inquiry into the witch-hunt in 2016 following a Daily Mail campaign to put an end to the hounding of troops who served in Iraq, Afghanistan and Northern Ireland

Mr Mercer launched a Commons defence committee inquiry into the witch-hunt in 2016 following a Daily Mail campaign to put an end to the hounding of troops who served in Iraq, Afghanistan and Northern Ireland.

The Plymouth Moor View MP has been a champion of British troops ever since, and is highly regarded among military circles.

Mr Mercer, who served mainly with the 29 Commando Regiment Royal Artillery, did three tours of Afghanistan. He was attached to a Special Forces group and helped train Afghan forces before retiring from military service in 2013.

Hounded war hero Brian Wood, a recipient of the military cross, welcomed the move. He said: ‘It is important to have someone feeding Boris information from veterans. Johnny is the right fit. He has campaigned tirelessly on the Iraq Historical Allegations Team.

‘He was also the only MP to meet me face to face. I will support him in any way I can moving forwards.’

The US currently has a dedicated veterans department in Washington DC but ministers in Britain have previously rejected such a concept.

In November 2016, defence minister Mark Lancaster said the Government as a whole should be responsible for veteran care.

Mr Johnson has said he wants to ‘reset’ the country’s relationship with the military and bring in new laws to stop them facing an ‘abhorrent spectacle’ of prosecutions.

During the campaign to become Tory leader he said if he became PM he would introduce legislation in his first Parliament to ‘protect our veterans from repeated investigations and vexatious’ claims.

Soldiers who served in Iraq and Afghanistan are still facing probes over their actions on the battlefield despite repeated promises such processes would be shut down.

Mr Johnson’s Government will also have to decide how to deal with legacy investigations into the Troubles, which could affect hundreds of veterans of Northern Ireland.