Boris Johnson was under pressure over pork pies today after he claimed the UK-made meat products were sold in Thailand and Iceland but experts said that simply is not true.

The Prime Minister had used Melton Mowbray pork pies as an example of how the US needed to slash red tape if there is to be a wide-reaching trans-Atlantic post-Brexit trade deal.

He said that the products were currently ‘unable to enter the US market’ because of food restrictions but that they were ‘sold in Thailand and in Iceland’.

However, while pork pie enthusiasts said the PM was partially right in his first statement, he was not correct about where the products are currently exported to.

Matthew O’Callaghan, the chairman of the Melton Mowbray Pork Pie Association, said this morning: ‘We don’t actually export to Thailand or to Iceland.’

Mr O’Callaghan also said that while he would welcome any attempts to make it easier to export pork pies to the US, Mr Johnson should focus on protecting UK food producers in the event of a No Deal Brexit.

He said a chaotic split would likely mean the end of protections in the EU for famous UK-made produce.

Mr O’Callaghan’s comments represent an embarrassing moment for the PM after he raised the plight of pork pies during his talks with Donald Trump at the G7 summit in Biarritz yesterday.

But UK officials defended Mr Johnson’s remarks and said they knew of at least one company which had exported the product to those two countries.

Boris Johnson, pictured in Biarritz this morning on the final day of his first G7 summit, is in hot water after making claims about pork pies 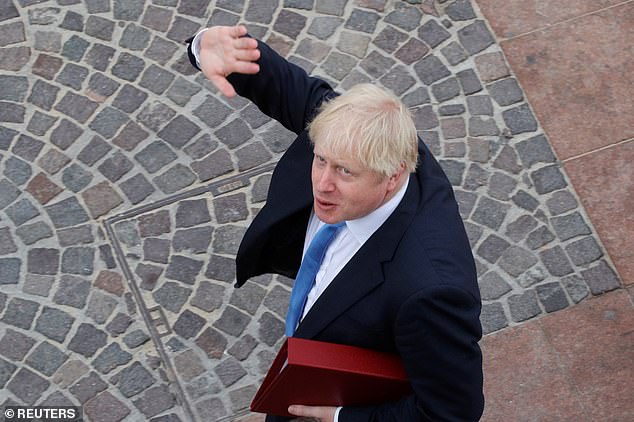 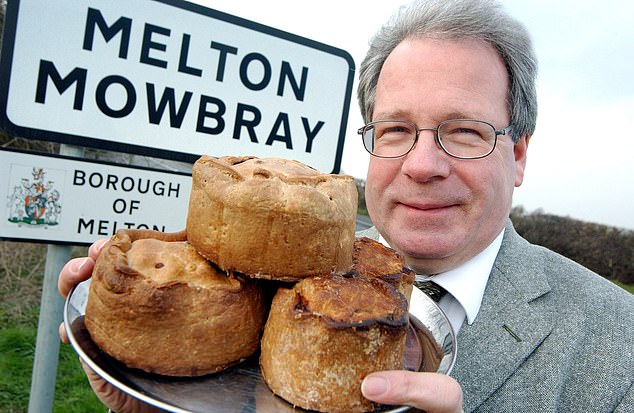 Matthew O’Callaghan, the chairman of the Melton Mowbray Pork Pie Association pictured in 2005, said this morning: ‘We don’t actually export to Thailand or to Iceland.’

Mr Johnson cited pork pies as evidence of why the US would need to slash regulations as part of a post-Brexit trade deal as he spoke to reporters on the way to France on Saturday.

He said: ‘Melton Mowbray pork pies, which are sold in Thailand and in Iceland, are currently unable to enter the US market because of, I don’t know, some sort of food and drug administration restriction.’

‘And I know that there will be some tough talks ahead, because, at the moment, you know, we still don’t — I don’t think we sell a single joint of British lamb to the United States.

‘We don’t sell any beef. We don’t sell any pork pies. And there are clearly huge opportunities for the UK to penetrate the American market in the way that we currently don’t. And we’re very interested to talk about that with you.’

Mr O’Callaghan welcomed Mr Johnson’s decision to talk about pork pies, telling BBC Radio 4’s Today programme this morning: ‘You have got the G7, you have got the Iran crisis, the Amazon burning.

‘You have got China and Russia and all the rest of it and up pops Boris with Melton Mowbray pork pies.

‘Good for him. You know: Great product and why not.’

But asked if Mr Johnson was right in what he had said, Mr O’Callaghan said: ‘Not really. With all of these things there is a little bit of give an take.

‘We don’t actually export to Thailand or to Iceland.’

Asked directly if what Mr Johnson had said about current exports was true, Mr O’Callaghan replied: ‘Not that I know of I am afraid.’

Told that perhaps Mr Johnson had meant Iceland the supermarket, Mr O’Callaghan laughed and said: ‘Could well be. Certainly available there.’

Mr O’Callaghan said the shelf-life of a Melton Mowbray pork pie made it difficult to export to the US but that could change if Mr Johnson managed to persuade Mr Trump to allow the products to be exported frozen. 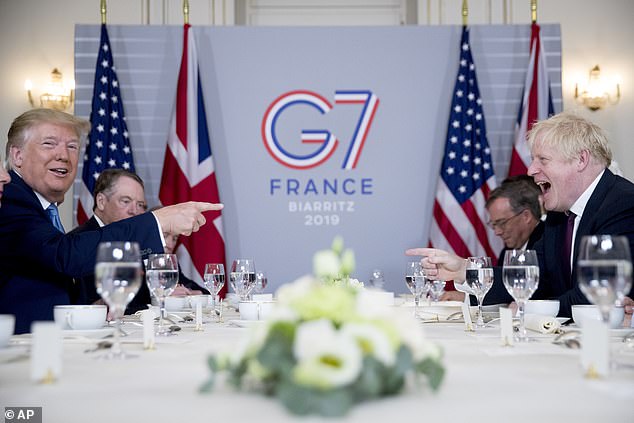 He said: ‘One would hope they would take off. The only problem is that the states don’t like protected food names… that is part of the problem we have got.

‘Same as with Scotch Whisky. There’s a debate over as to what what Scotch Whiskey ought to mean.’

But he also suggested Mr Johnson should first make sure famous UK-made products will be protected in the EU in the event of a No Deal split on October 31.

‘On day one of Brexit, if there’s No Deal, protection ends in Europe,’ he said.

‘To that extent, if Boris wants to sort it out, there is an agenda to sort out, and that is continuing the protection of our protected, iconic foods, both within Europe and with trade deals with the US.’

Without such protections Mr O’Callaghan said the famous pork pies could ‘absolutely’ be made on the continent – even in Biarritz where Mr Johnson made his original comments as he attended his first G7 summit.

UK officials defended the PM’s comments and pointed to the example of Walker and Son, a founding member of the Melton Mowbray Pork Pie Association, which they said had exported to those countries.

Asked if the company sells pies in both Thailand and Iceland, a senior British official said: ‘It certainly has done so.’

Challenged about Mr O’Callaghan’s comments, an official said: ‘Look at his quote very carefully. It says ‘not that I’m aware of’.

‘He states that it’s his knowledge that he is not aware of this fact. He is the chair of an association. I will give you a company that is actually saying that they export them to Thailand and Iceland.’