Boris Johnson today pledged to challenge the US administration after evidence emerged of more incidents close to the spot where Harry Dunn died in crash with a diplomat’s wife.

The PM said he would be raising the ‘driving habits’ of American personnel with US Secretary of State Mike Pompeo in Berlin, where they are both attending a summit on Libya.

The promise came after a police chief demanded an urgent meeting with the commander of RAF Croughton, the US base where the woman charged over the death of Harry Dunn was stationed.

Video has emerged of another incident involving a car being driven nearby on the wrong side of the road.

Police have also revealed details of a separate incident in which a police vehicle was struck by a car being driven on the wrong side of the road in October. 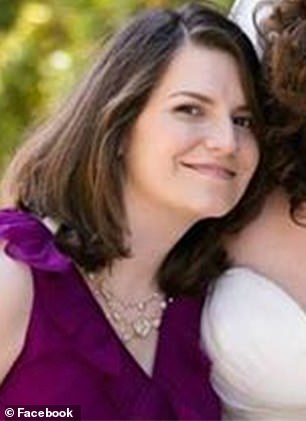 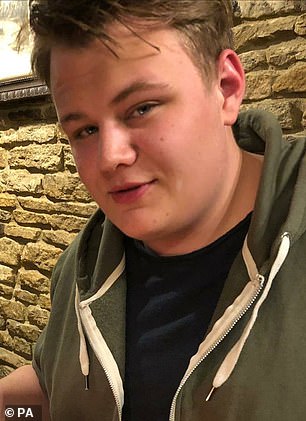 Asked about the incidents, Mr Johnson said: ‘We’re certainly raising all those issues about the driving habits of US personnel at the base.

‘We are continuing to work for justice for Harry Dunn and his family.’

The video, reported to Northamptonshire Police yesterday, shows a blue BMW having to brake sharply on a country road near the base. The car has what appears to be one of the registration numbers used on US government vehicles in the UK.

In a statement, Northamptonshire Chief Constable Nick Adderley said: ‘I do not underestimate how much of a concerning incident this was and how much worse it could have been, especially considering the circumstances in which 19-year-old Harry Dunn tragically died.

‘This is compounded by the fact that yesterday, myself and Police, Fire and Crime Commissioner Stephen Mold were made aware of another incident in Northampton in which a police vehicle was struck in early October by a vehicle also driving on the wrong side of the road. Thankfully there were no injuries.

‘I want to be absolutely clear on the fact that these incidents just cannot keep happening.

‘We know all too well in the case of young Harry just how devastating they can be.

‘Therefore the PFCC and I have requested an urgent meeting with the base commander at RAF Croughton to discuss safety on the roads around the base and I expect this meeting to take place next week.’

RAF Croughton became the focus of an international controversy after Mr Dunn was killed in a head-on collision with a car on August 27 last year.

Anne Sacoolas, 42, the wife of a US intelligence official, is believed to have been driving on the wrong side of the road and was charged with causing death by dangerous driving.

But she controversially claimed diplomatic immunity after the collision, fled to her home country and has refused to return to face justice despite pleas from Harry’s family. 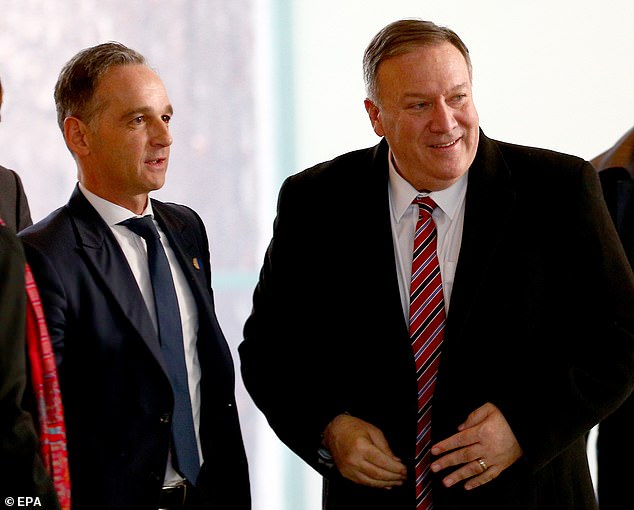 The US State Department has also said a UK extradition request for Mrs Sacoolas is highly inappropriate and would be an abuse.

Before reports of the latest incident surfaced, Business Secretary Andrea Leadsom, the constituency MP for Harry’s family, wrote to the commander of the base to ask for an invitation to visit.

Harry’s mother Charlotte Charles and father Tim Dunn are looking for assurances that safety measures are in place to make sure there are no similar incidents in the future.

Dunn family spokesman Radd Seiger said: ‘Seeing this footage has sent shivers down my spine and made me feel sick. No harm done on this occasion fortunately but that is not the point.

‘I have been urging everyone in authority to take the matter seriously, not only in terms of safety and how we can improve it in relation to helping American drivers adjust to the different side of the road, but also ensuring that no one who breaks the law coming off the base is allowed to hop on the next plane home and evade justice as Anne Sacoolas did.’