Boris Johnson today told his new-look Cabinet it must now deliver on the ‘people’s priorities’ after he conducted a brutal reshuffle which saw Sajid Javid resign as chancellor.

Mr Johnson met with his updated top team in Number 10 this morning as he congratulated his senior ministers for making the cut.

He then told them: ‘We are here to deliver for the people of this country who elected us to serve them.

‘The people’s government has to get on with delivering the people’s priorities and in the next few years we must get on with our basic work and you know what it is.

The Cabinet then replied in unison: ‘Forty.’

The meeting in Downing Street came after a day of high drama which left Westminster stunned as Mr Javid’s unexpected exit totally disrupted the PM’s plans for a smooth shake-up.

Mr Javid chose to walk away from the government rather than accept a demand from Mr Johnson’s top aide Dominic Cummings to sack all of his aides and replace them with advisers chosen by Number 10.

His departure opened the way for Rishi Sunak, 39, to be promoted to the role of Chancellor having previously served as Mr Javid’s deputy as the Chief Secretary to the Treasury.

Mr Javid accused Mr Johnson of setting conditions ‘any self-respecting minister’ would reject – a thinly veiled swipe at his successor.

The move was seen as a power grab by Mr Cummings with Mr Sunak reportedly immediately under pressure from Number 10 to tear up his predecessor’s tight spending rules and allow Mr Johnson to splash the cash at the next Budget.

But the elevation of Mr Sunak has cast doubt on whether that Budget, currently scheduled for March 11, will go ahead amid speculation it could be delayed.

Downing Street refused to guarantee the date yesterday with a spokesman saying only that ‘extensive preparations have already been carried out for the Budget and they will continue at pace’.

Meanwhile, accusations of a power grab were likely to grow after it emerged that Downing Street had immediately moved some of its troops into the Treasury last night to help Mr Sunak. 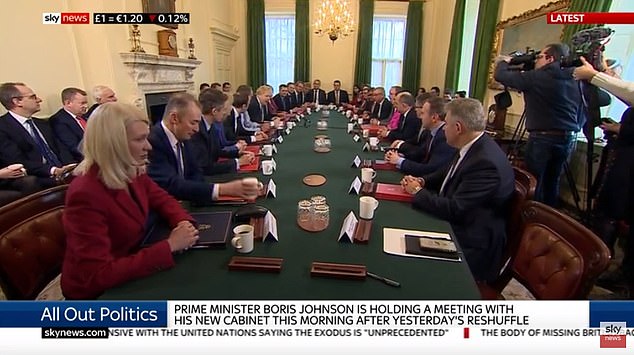 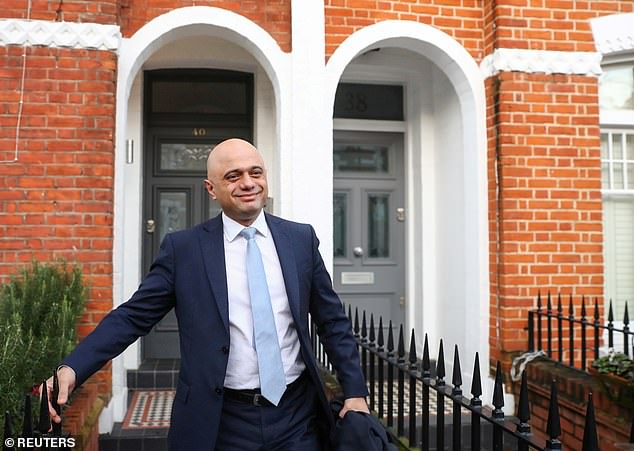 The shake-up saw Sajid Javid, pictured leaving his London home this morning, quit the government as he refused a demand from Dominic Cummings to sack all of his aides 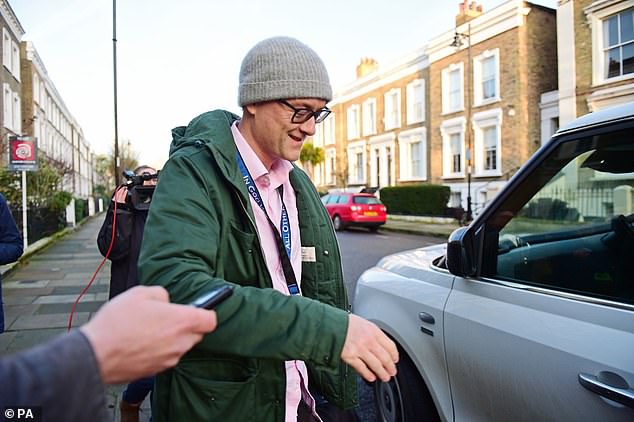 That comes ahead of the creation of a ‘joint’ economic unit based across Number 10 and the Treasury which will make decisions, changing a power dynamic in Whitehall which has existed for decades.

Julian Smith was unceremoniously dumped as Northern Ireland secretary just weeks after brokering a deal which restored the power-sharing administration at Stormont.

Andrea Leadsom was sacked as business secretary, Theresa Villiers lost her job as environment secretary and Geoffrey Cox was removed from his post as attorney general.

But there were a series of promotions for Tory MPs loyal to Mr Johnson.

Alok Sharma was promoted from international development to become the new Business Secretary and he will also be minister for the COP26 UN climate summit, which is due to take place in Glasgow in November.

Anne-Marie Trevelyan joined the Cabinet as International Development Secretary, having previously been a defence minister.

Oliver Dowden became a full Cabinet member as Culture Secretary, having previously attended the meetings as paymaster general, and George Eustice was promoted to Environment Secretary from his previous more junior role in the same department.

Amanda Milling was made Conservative Party chairman – a role in which she will attend Cabinet as a minister without portfolio.

Former defence secretary Penny Mordaunt will return to Government as Paymaster General in the Cabinet Office. 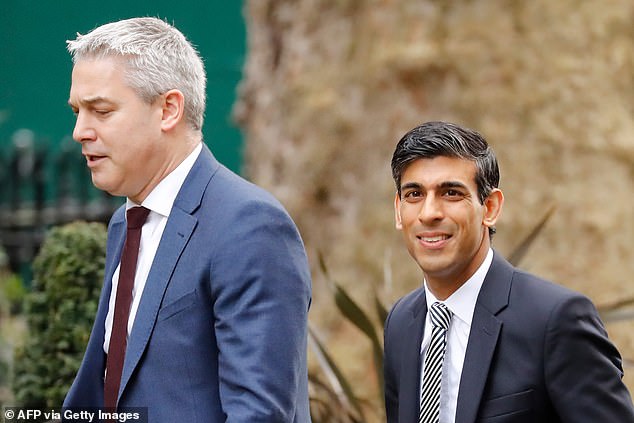 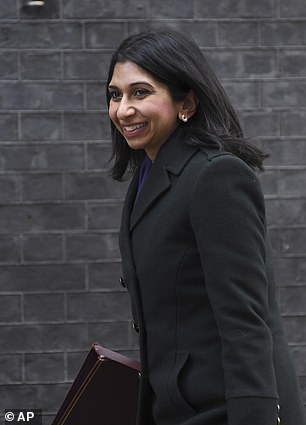 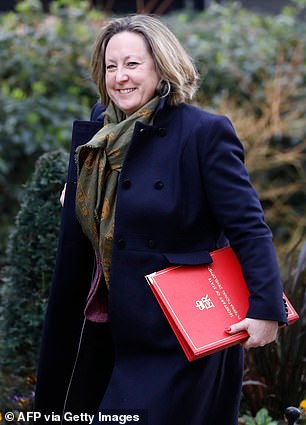 Suella Braverman, pictured left, and Anne-Marie Trevelyan, pictured right, were both promoted to the Cabinet yesterday

Mr Johnson and Home Secretary Priti Patel were expected to brief Cabinet on the UK’s new immigration system today with Cabinet asked to rubberstamp the blueprint.

The new points-based immigration system could reduce the number of low-skilled migrant workers from European Union countries by up to 90,000 a year.

Under existing rules workers from the EU and European Economic Area countries can come to the UK to live or work without a visa.

EU freedom of movement to the UK is due to end at the end of the Brexit transition period in December 2020 with the new system in place at the start of 2021.

Mr Johnson and Home Secretary Priti Patel have now decided on how the new system, due to be unveiled within weeks, will operate.

It will close the route for low-skilled migrants though short-term visas will be considered for occupations experiencing shortages.