Carrie Symonds has not let her appearance at Conservative Party conference in Manchester be soured by the rumblings over Boris Johnson’s relationship with former pole dancer Jennifer Arcuri.

The proud conservationist writing passionately to Twitter said: ‘Really important we continue to tackle the illegal wildlife trade. Great to speak to IFAW Westminster just now. They do such fantastic work.’

Miss Symonds’ pearly smile has graced many people at the 2019 Conservative Party Conference in Manchester, including members of the International Fund for Animal Welfare 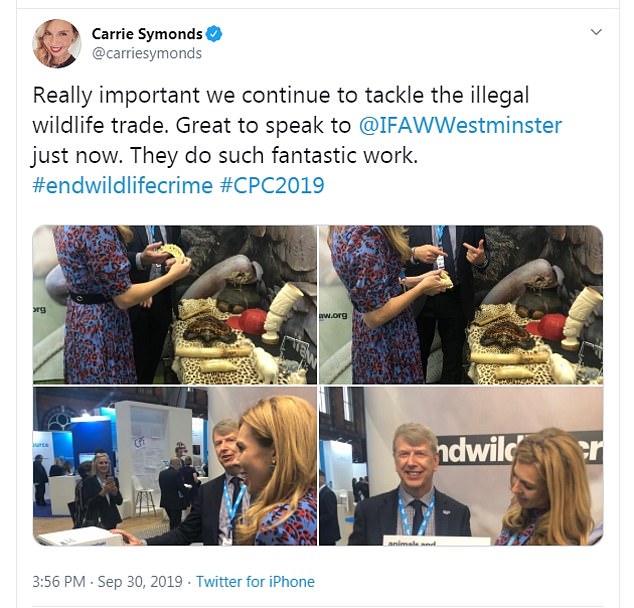 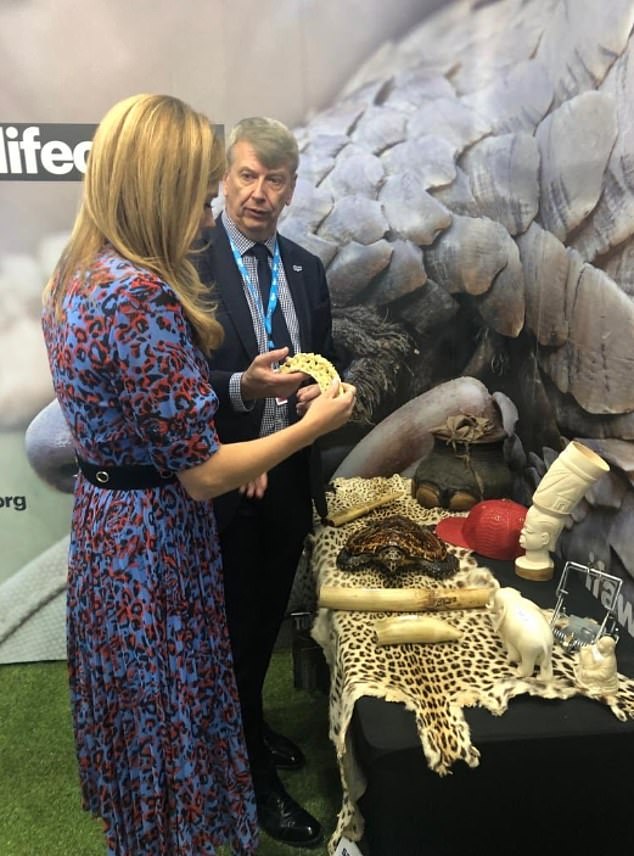 While on her meeting she was shown some of the items which are referred to as ‘Illegal wildlife trade items’ by IFAW’s Head of Policy & Campaigns, David Cowdrey (Pictured behind) 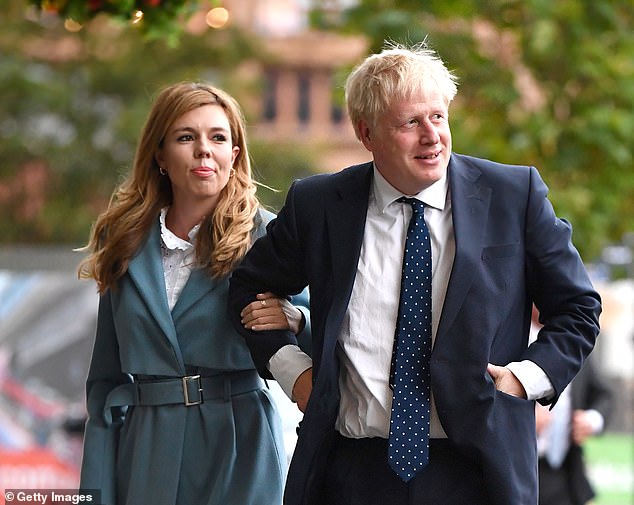 Miss Symonds used her first public appearance after moving to Downing Street to address a warning to politicians of a ‘gigantic’ climate crisis.

Her interaction with various charitable bodies has ingratiated herself with members of the public who appreciate her efforts despite recent events.

One twitter user wrote: ‘I’m certainly not a fan of the Prime Minister, but this must be a difficult time for you. Thank you for the great work you’re doing, and I hope more and more people get involved with this important work.’

The response comes as a row is growing over the Prime Minister’s relationship to former pole-dancer turned entrepreneur Jennifer Arcuri. 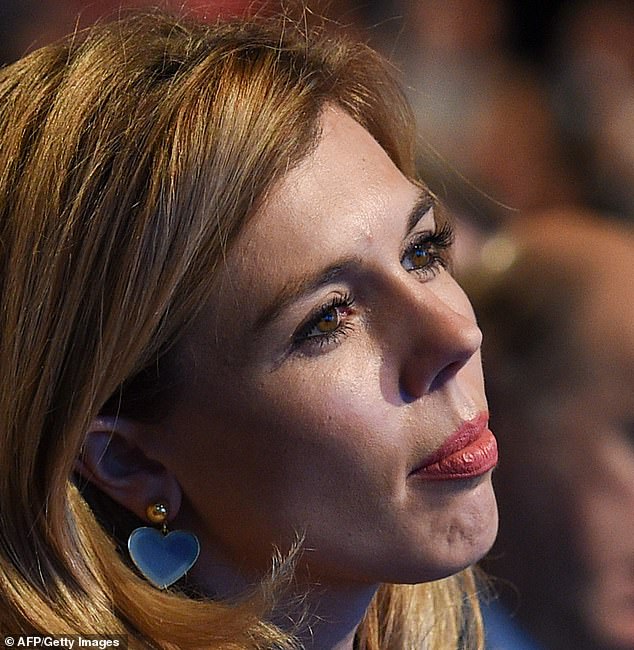 Boris Johnson was recently referred to the police complaints body to assess whether he should face a criminal investigation over his links with American businesswoman Jennifer Arcuri.

The move was greeted with fury in Downing Street, which denounced the referral as a ‘nakedly political put-up job’ on the eve of the Tory Party conference in Manchester.

Though public opinion on Mr Johnson has been divided recently, Twitter users praised the ‘great work’ being undertaken by Miss Symonds

A senior Government source said no evidence had been provided to support the allegations, and that the Prime Minister had been given no opportunity to respond prior to the release of a GLA press statement late on Friday.

‘Due process has not been followed and the timing is overtly political. The public and media will rightly see through such a nakedly political put-up job,’ the source said.

Mr Johnson has consistently denied any wrongdoing in relation to his friendship with Ms Arcuri. 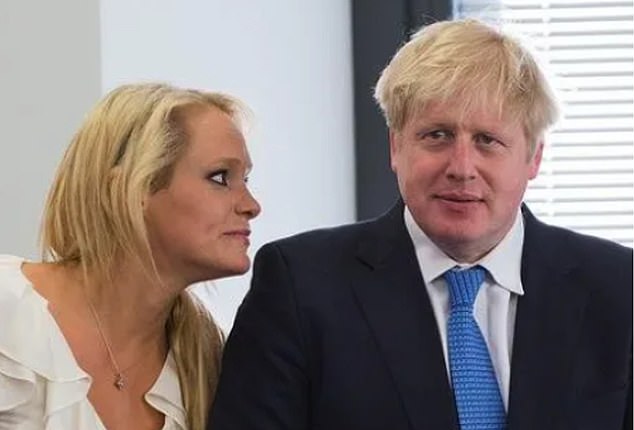 Ms Arcuri (left) reportedly met Mr Johnson, some 21 years her senior, when she volunteered on his re-election campaign in 2013 and in turn, he supported her business venture, according to a source

A No 10 spokesman said: ‘The Prime Minister, as mayor of London, did a huge amount of work when selling our capital city around the world, beating the drum for London and the UK.

‘Everything was done with propriety and in the normal way.’

The Government has since frozen a £100,000 grant to Ms Arcuri’s company, Hacker House, pending a review.