Lukasz Piszczek was left in tears after Borussia Dortmund’s German Cup win over Leipzig with the Polish defender playing his last game in professional football.

The right-back, who has spent the last 11 years with the club, bowed out on a high as his side romped to a 4-1 victory thanks to doubles from Jadon Sancho and Erling Haaland, ensuring their first major trophy since 2017.

But after ending his playing days with silverware, Piszczek could not hold in his emotions with the 35-year-old beginning to cry after the final whistle as his team-mates huddled around him in support. 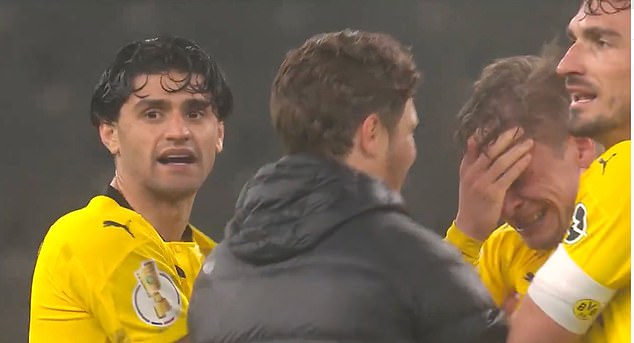 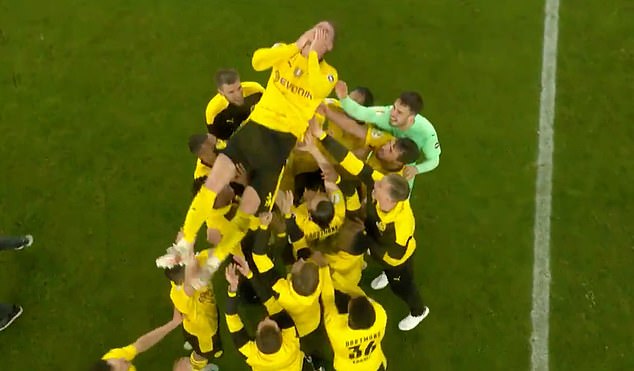 Mahmoud Dahoud and Mats Hummels were among the players to console the veteran defender, and they were quickly joined by the entire team as they embraced him together.

Shortly after Piszczek was scooped up by the players and hoisted into the air several times, with the former Poland international still in tears as he held on to his face.

Speaking after the game, Piszczek was nearly left speechless after the support he had received and said it the perfect way to call time on his career. 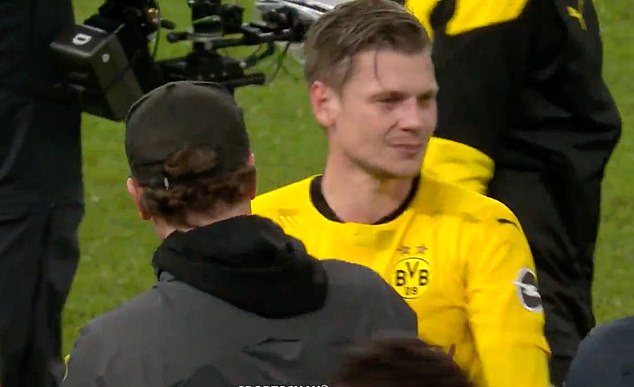 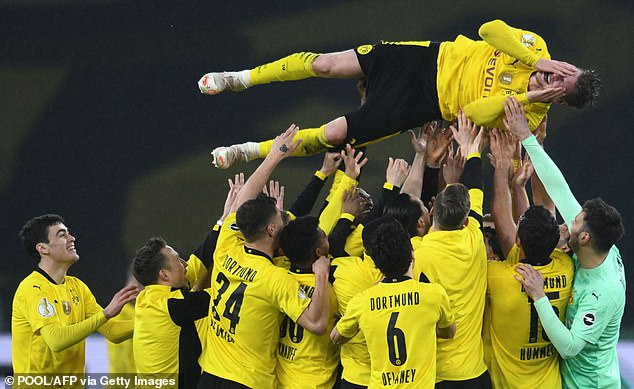 ‘I’ve no words,’ he said. ‘I know that my career is slowly coming to an end and I never dreamed of such a highlight.

‘I always said I wanted to end my career here with a trophy. Today we did it and I’m very proud…. I couldn’t have imagined this in my wildest dreams.’

Piszczek had initially planned to call time on his football career last summer, but pushed his plans back by a year to help the club during the pandemic.

Now he plans to return to his boyhood side LKS Goczalkowice, who play in Poland’s third tier, to help coach their youth side.

‘I have concrete plans in Poland and have already postponed these plans for a year,’ he said last season. 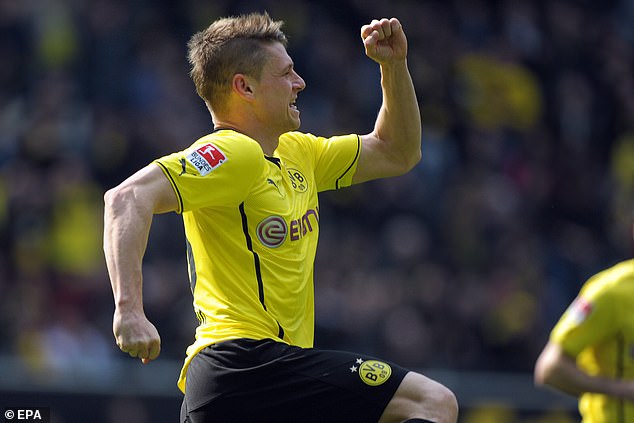 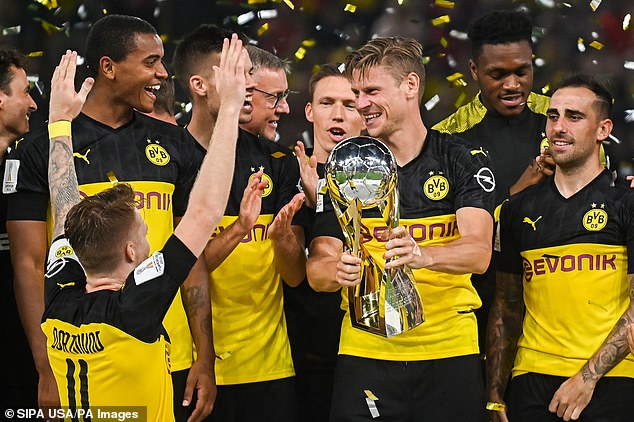 ‘I want to play with friends from my hometown club Goczalkowice, where my father is vice-president, and take care of the youth academy that we started in 2019.

‘I grew up here, this is where I developed into the man I am today, which is why I wanted to give something back.’

Piszczek, who played 380 times for Dortmund, has had a career to be proud of – racking up 66 caps for his national team and winning the Bundesliga twice during his time at the club.

His recent DFB-Pokal success also means he has won the national cup three times, as well as a hat-trick of German Super Cups. He was part of Jurgen Klopp’s revered side that won back-to-back league titles and reached the Champions League final in 2013, suffering defeat to Bayern Munich.