Two bosses of the predatory firm that has launched a hostile bid for defence giant GKN donated £170,000 to the Conservative Party.

Melrose vice-chairman David Roper, 67, has donated £131,375 since 2014, while chairman Christopher Miller, 66, has given £40,492, according to figures published by the Electoral Commission.

The Government is under mounting pressure to intervene to block Melrose’s £7.4billion bid for GKN amid fears it could harm national security and industry.

GKN is a target for Melrose, which specialises in buying up underperforming businesses and turning them around before selling them on within three to five year

GKN makes key parts for cars, aircraft and fighter jets. Its clients include the US and UK militaries, Airbus and Mercedes, and it employs 6,000 people in the UK and 58,000 around the world.

Theresa May has signalled she will act to block the takeover if that is in the national interest. Yesterday it emerged the Government is exploring whether it can intervene on national security grounds.

Last night Len McCluskey, head of the union Unite which is opposed to the takeover, said: ‘In light of this revelation, it is also important that the Prime Minister stays true to her promise to act on the national interest.

‘That means intervening to stop a great British manufacturer from falling into the wrong hands.’

Melrose said the company itself made no political donations. It declined to comment further on the donations last night.

Melrose specialises in buying up underperforming businesses and turning them around before selling them on within three to five years. Its bosses are now battling GKN’s new American boss Anne Stevens, 69, for control of the 259-year old firm.

Mr Miller and Mr Roper founded Melrose with Simon Peckham, 55, the firm’s chief executive, after working together at conglomerate Wassall.

They and finance director Geoffrey Martin, 50, could split £258million if the takeover of GKN is a success and they double the firm’s value. 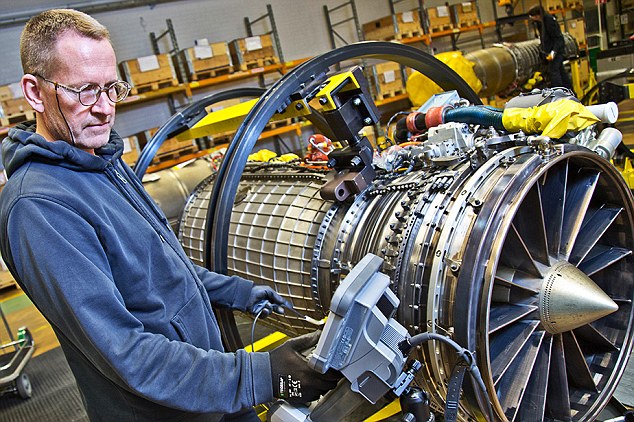 They split £160million in May last year at the end of the latest five-year payout scheme. Rugby fan Mr Roper earned a basic salary of £548,000 at Melrose in 2016. He trained as an accountant at KPMG after a degree in metallurgy at Nottingham University.

He rose to become deputy chief executive at Wassall where he earned the nickname ‘The Grinder’ for his financial inquisitions of target companies.

Mr Miller, who was paid £549,000 for the year ending December 2016, is a former acolyte of legendary City asset-stripper Lord Hanson.

His family owns Harris and Sheldon, the Coventry-based industrial conglomerate which has hunting and fishing sites. Mr Miller and his brother Michael, 63, were ranked 868th on the Sunday Times Rich List this year with a net worth of £126million.

GKN’s board has slammed Melrose’s bid as cheap and opportunistic. GKN makes parts for the US-UK F-35 fighter jet, US B-21 stealth bomber and Eurofighter Typhoon. It is arguably the UK’s most important engineering firm after BAE and Rolls-Royce. 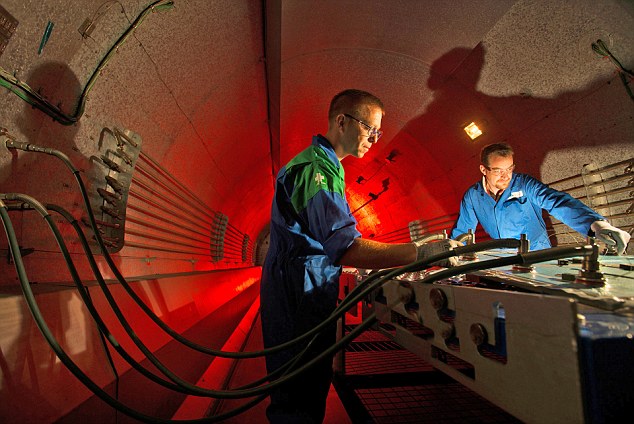 GKN, based in Redditch in Worcestershire (pictured), makes parts for the F-35 Anglo-American fighter jet, the Eurofighter Typhoon and the US’s B-21 stealth bomber, as well as cars and aircraft around the world

On Wednesday in a rare intervention Defence Secretary Gavin Williamson said he had concerns about the potential takeover. He said: ‘There is no clarity as to what the true approach is going to be in terms of the GKN military side of the business.’

The Commons business committee is due to hold a hearing on the bid on March 6, with both GKN and Melrose due to give evidence.

According to the register of interests Conservative peer Lord Glendonbrook, 76, the former owner of the airline BMI, owns shares in Melrose, among dozens of other companies.

So does Lord Lupton, 62, an ex-treasurer of the Tory party.

Melrose says of its bid for GKN: ‘We believe that while there are no competition or national security issues, it is in fact in the national interest for Melrose to be the guardian of GKN’s businesses.’