Boston Marathon Bomber Dzhokhar Tsarnaev wants his death sentence thrown out because he believes he couldn’t get a fair trial in the Massachusetts city.

His lawyers presented a 500-page appeal Thursday, placing the blame on his now-dead older brother for influencing the impressionable teenager to be a part of the terrorist attack where shrapnel-packed, pressure cooker bombs exploded, killing three people and injuring at least 260.

Tsarnaev’s legal team also said two members of the jury lied in the 2015 trial where he was convicted of all 30 charges against him, including conspiracy and use of weapon of mass destruction, and found fault with victim testimony.

Stating that the city was ‘traumatized by the bombings’, the appeal claimed the city’s residents were ‘saturated by prejudicial publicity and united in the Boston Strong movement’ and it would taint the jury.

U.S. District Judge George O’Toole denied the request at the time, referencing high-profile terrorism cases where the trial took place in the same city, such as the 1993 World Trade Center bombing. 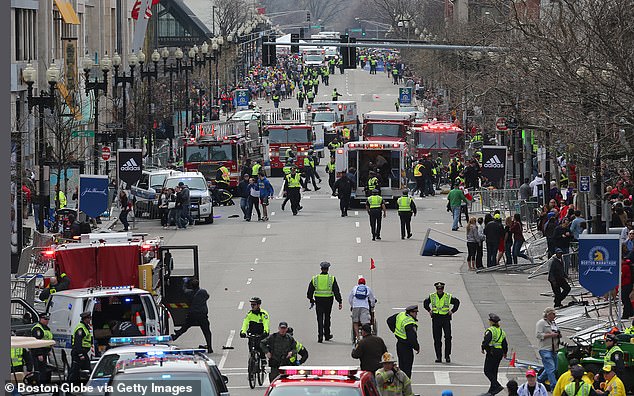 The documents claimed trying the case there was the judge’s ‘first fundamental error’ after they had tried to move the case.

‘This case should not have been tried in Boston,’ the attorneys wrote.

An example used was of one juror who posted on Twitter posts that she was ‘locked down’ with her family and retweeted another post calling Tsarnaev a ‘piece of garbage’.

She had told the court she didn’t comment on the case and said she hadn’t been asked to shelter, the attorneys say. Lawyers also say on the day of Tsarnaev’s sentencing, the juror changed her Facebook profile picture to an image that said ‘BOSTON STRONG’.

They said two jurors should have been dismissed for lying to the court regarding their online activities about the case before the trial.

It was among dozens of problems they referenced to the 1st U.S. District Court of Appeals, reports the Associated Press. 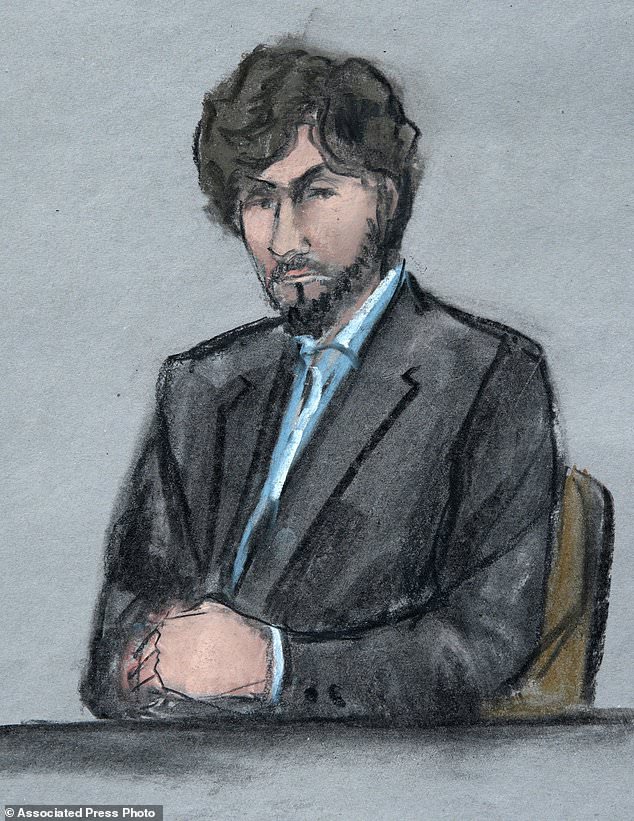 Tsarnaev’s lawyers also said there were issues with jurors in his trial (courtroom sketch from June 24, 2015). The defense team had tried to move the trial but judges refused at the time

Tsarnaev has admitted from the outset that he and his older brother carried out the April 15, 2013 attack.

But the defense claims Tamerlan, who was killed by cops aged 26 in the days following the bombings, claim he influenced his brother who is now 25 and behind bars in Colorado.

They said they were never given the chance to link the man to an unsolved triple killing in 2011.

Prosecutors have said Tamerlan’s friend, Ibragim Todashev, implicated him in the killings of three men whose bodies were found sprinkled with marijuana and their throats cut. 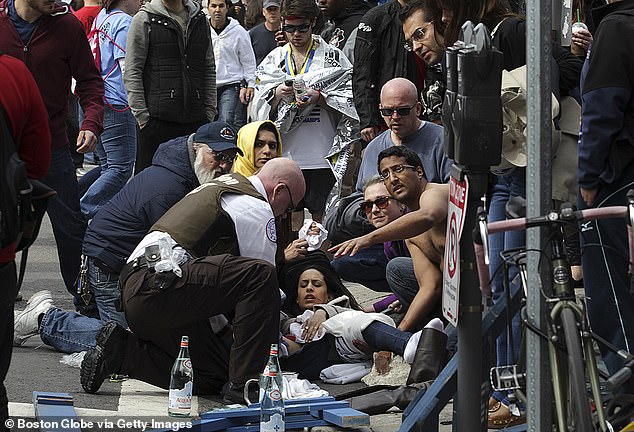 But Todashev was shot to death by an FBI agent after authorities said he charged another investigator with a pole while being questioned about the Tsarnaevs.

Tamerlan was never charged in the killings, which prosecutors have said remain under investigation.

‘This evidence that Tamerlan was a cold-blooded killer who convinced a friend to join him in his crimes strongly supported the defense’s central argument in mitigation,’ they wrote.

Speaking of the former New England Golden Gloves heavyweight boxing champion, they said he ‘was a violent man who planned and led the bombings, and Jahar, his 19-year-old younger brother, who had no history of violence, participated in it only under Tamerlan’s influence.’