Boston Bruins bring back Patrice Bergeron, David Krejci in what could be last seasons for both

Boston Bruins sign captain Patrice Bergeron and bring back David Krejci on 1-year deals totaling $3.5 million… in what could be the LAST SEASONS for both centers

The fears of Boston Bruins fans were put to rest Monday when the team announced the return of two icons of the franchise.

Bergeron was rumored to be considering retirement following an elimination in the first round of the Stanley Cup playoffs at the hands of the Carolina Hurricanes.

Instead, the 35-year old will stay in Boston on a deal worth $2.5m with an additional $2.5m worth of incentives.

An hour after that deal was announced, it was revealed the Bruins were able to convince 36-year old former center David Krejci to return from his time in his home country of the Czech Republic on a 1-year, $1m deal. 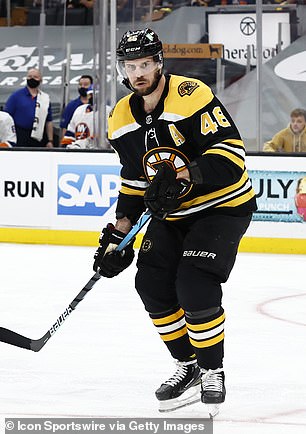 These moves have been seen as one final push for Boston to win the Stanley Cup with its current core group of players, as the team moves ever closer to the rebuilding phase.

Bergeron is widely regarded as one of – if not already the greatest – defensive forwards in the history of the NHL.

He enters his 19th season in Boston having just won the Selke Trophy for being the league’s best defensive forward for a record breaking fifth time.

During the 2021-22 campaign, he managed to move up in the team’s list of all-time leading scorers, now owning the record for the 4th most goals and assists in a Bruins uniform. 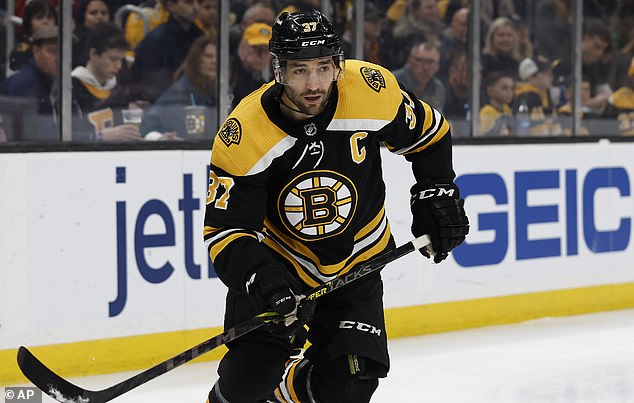 Bergeron will return for his 19th season in black and gold

The return of Krejci is something of a surprise to those outside Boston, as many assumed the 36-year old was going to play out the rest of his career in the Czech Republic.

But after putting up 20 goals and 26 assists for 46 points in 51 games for HC Olomouc, Bruins general manager Don Sweeney was able to bring Krejci back.

He currently sits 7th on the team’s list of all-time assist leaders and 9th on Boston’s all-time points leaders.

The team missed Krejci’s creativity last season, as it struggled to find a true second line center that could match his scoring output and talent.

Erik Haula was called on to fill that role, but after performing well, he was traded to give Boston more cap flexibility.

Krejci and Bergeron – along with winger Brad Marchand – are the last remaining players from the Bruins 2011 Stanley Cup winning team that won Boston it’s first cup since 1972.

The Bruins managed two other Stanley Cup appearances with those three players, falling in 2013 to the Chicago Blackhawks and in 2019 to the St. Louis Blues. 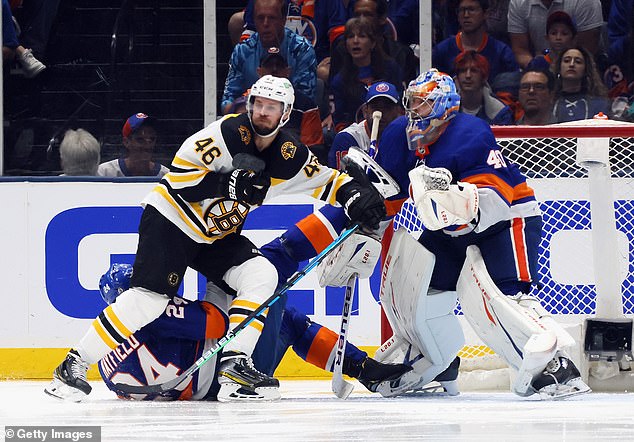 David Krejci put up 46 points in 51 games back home, but will return to the NHL