REVEALED: Boston Celtics’ win over the Milwaukee Bucks was the most-watched NBA game on Christmas with SIX MILLION fans tuning in – as NBA clinches record numbers against NFL competition

The NBA recorded a five percent increase in viewership during this year’s five Christmas Day games from 2021, revealed ESPN.

The Milwaukee Bucks vs. the Boston Celtics which was in the 5:00pm time slot was the most watched game of the day with six million viewers.

That number of fans accounted for a 16 percent increase from last year.

The Milwaukee Bucks vs. the Boston Celtics was the most watched NBA game on Christmas

The other four games during the day were the New York Knicks vs. Philadelphia 76ers at 12pm, Los Angeles Lakers vs. Dallas mavericks at 2:30pm, Grizzlies vs. Warriors at 8:00pm, and Suns vs. Nuggets at 10:30pm.

The increase in viewership was much needed by the NBA who recorded its lowest number of viewers last year in 2021, since adopting a five-game slate. 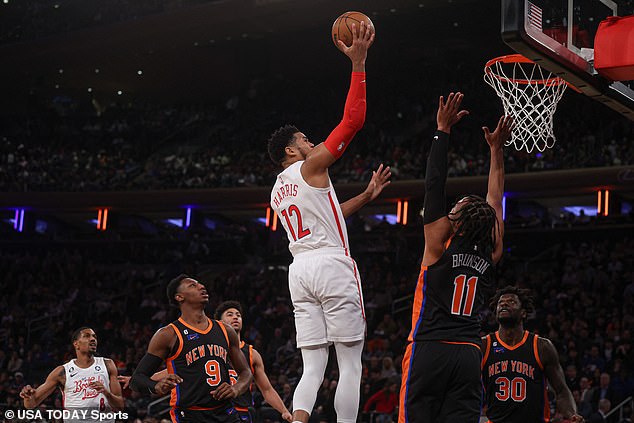 Though it fell well shy of the six million plus viewers that the Bucks and Celtics game received the Knicks-76ers game averaged 4,036,000 viewers, up 38 percent from the noon ET window last season. The game was helped by the matchup also airing on ESPN2 via the NBA in Stephen A’s World alternate presentation.

The NBA’s late game in the West that started at 10:30pm EST, also drew in record numbers. The Suns vs. Nuggets game averaged 2,485,000 viewers and became the most-watched Christmas late game in seven years, since 2015. 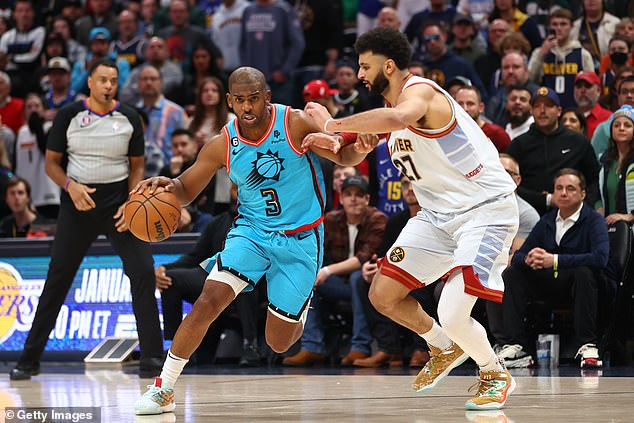