The Boston Red Sox will start the season without knuckleball pitcher Steven Wright.

Wright has been disciplined for violating Major League Baseball’s domestic violence policy.  He was arrested on December 8, after a fight with his wife Shannon at their Tennessee home. The case was retired on December 21. It will be dismissed in December 2018 as long as there are no further incidents, according to New England Sports Network.  Nevertheless, he will be suspended for 15 games.

Wright accepted his suspension,  without contest, but he is adamant that the arrest was not the result of him physically harming his wife.  In a statement issued through the Major League Baseball Players Association, Wright said ‘I deeply regret my actions that night. I fully cooperated with MLB’s investigators and re-iterated to them that I did not make physical contact with my wife.’

Boston Red Sox starting pitcher Steven Wright, 33, was arrested on December 8 after a fight with his wife 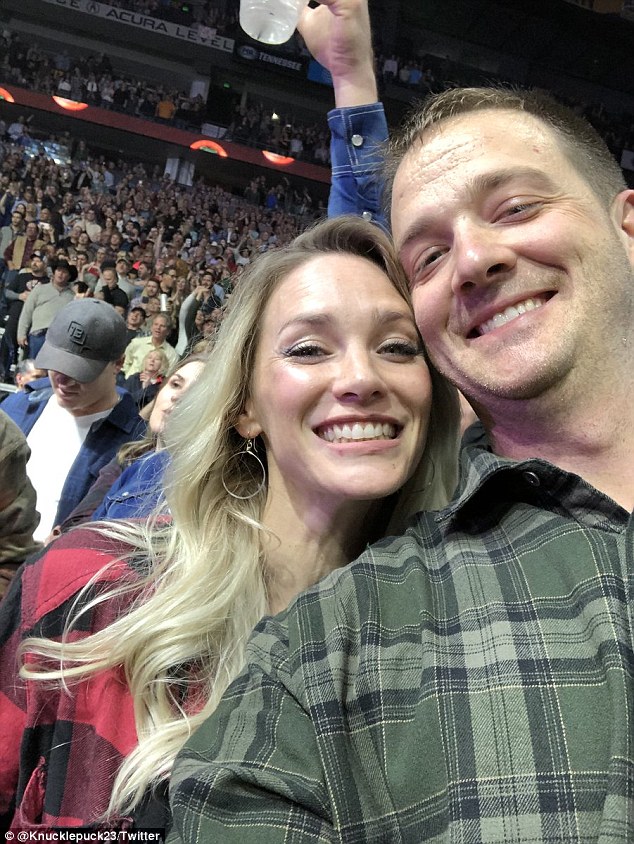 Steven Wright tweeted this selfie with wife Shannon at a Garth Brooks concert two days after the domestic case was retired. Steven and Shannon Wright, in a Twitter selfie, live in Tennessee in the off season with their two children

He continued with an apology, ‘I accept full responsibility of what happened and have taken steps, including counseling sessions, to help me become a better husband. I apologize to the Red Sox organization, its fans, my teammates and my family. Shannon and I are grateful for your support.’

Baseball Commissioner Rob Manfred said in a statement, ‘In addition to serving a 15-game suspension, Mr. Wright has agreed to speak to other players about what he has learned through this process, and to donate time and money to local organizations aimed at the prevention of, and the treatment of victims of, domestic violence.’ Wright, 33, photographed during Spring Training has played for the Red Sox for 5  seasons 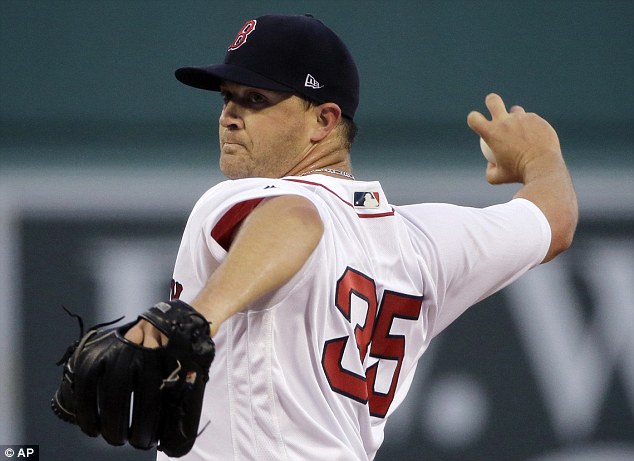 Wright, pitching at Fenway Park in April 2017,  is one of only two pitchers who throw knuckleballs,

The team also issued a statement, ‘we fully support MLB’s Domestic Violence Policy, the discipline set forth by the Commissioner’s Office, and Steven’s acceptance of the ruling. While we are disappointed that this incident occurred, we are encouraged that Steven is taking meaningful steps to learn from this unfortunate incident.’

Wright, who made the All Star team in 2016, only started in five games in 2017 due to knee surgery. He hasn’t been pitching in Spring Training and it is unclear whether he will start the season on the disabled list. His suspension will start when he is medically cleared to play.  It will cost him about $100,000 of his $1.1million salary.