Pictured: Kevin Boyle, 19, has been jailed for 21 years

A knifeman who almost killed an innocent student after mistaking him for a man he argued with on a night out has been jailed for 21 years.

Kevin Boyle, 60, attacked teenager Glen Morrant in Bournemouth, Dorset, after waiting outside a nightclub for a man who allegedly shoved him two hours earlier.

When the 19-year-old college pupil walked out, Boyle began following him because he was wearing similar clothes to the first man and also had ginger hair.

CCTV footage shows Boyle pouncing on Mr Morrant with a steak knife in his hand after the pupil stopped at a cash machine.

The blade came within millimetres of Mr Morrant’s jugular and left a 9ins long wound that needed 49 stitches.

Boyle was found guilty of attempted murder and was today jailed for 21 years, of which he will have to serve 14 years in prison.

Afterwards Mr Morrant said: ‘I am pleased that someone like that is off the streets and it is a relief that I will not have to think about him for at least 14 years.’

A court heard Boyle became embroiled in a row with door staff at the Camel bar in Bournemouth, Dorset, during the early hours of August 17, 2017. 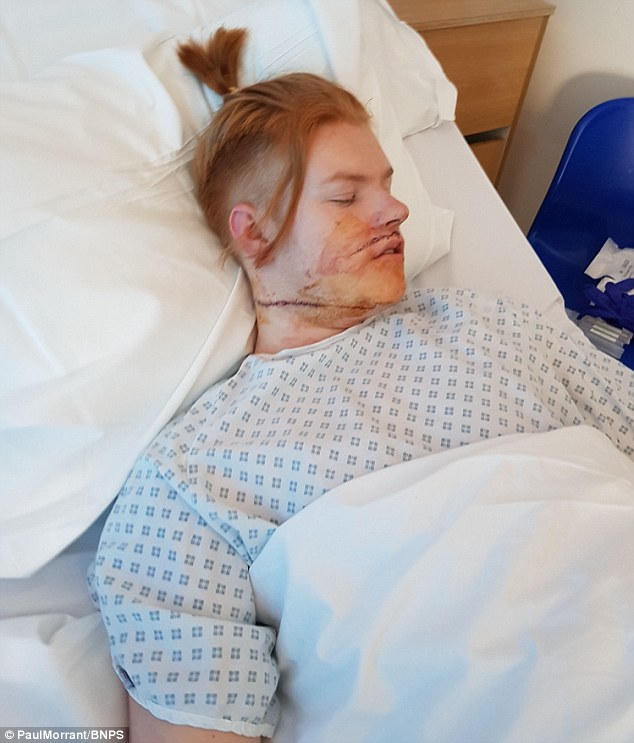 Pictured: Student Glen Morrant recovering in hospital after being brutally stabbed by a knifeman in a case of mistaken identity

During the altercation two young men – including the mystery ginger-haired reveller – physically pushed Boyle away from the scene and threw his baseball cap under a car.

Boyle lived nearby and went home to pick up the knife. He was seen on CCTV waiting at a bus stop outside the club from around 5.45am.

When a drunken Mr Morrant left at about 6am he split off from his friends and walked to the cashpoint.

Mr Morrant, who had been celebrating his A-level results on the night, said: ‘I had my bank card in my hand when this man suddenly came up behind me with a knife and slashed my neck.

‘He ran off and I grabbed my neck and it was covered in blood.

‘I had never seen the man who attacked me in my life.’

He later realised he had been the victim of a shocking case of mistaken identity after police examined the CCTV and noticed the resemblance between the two men. 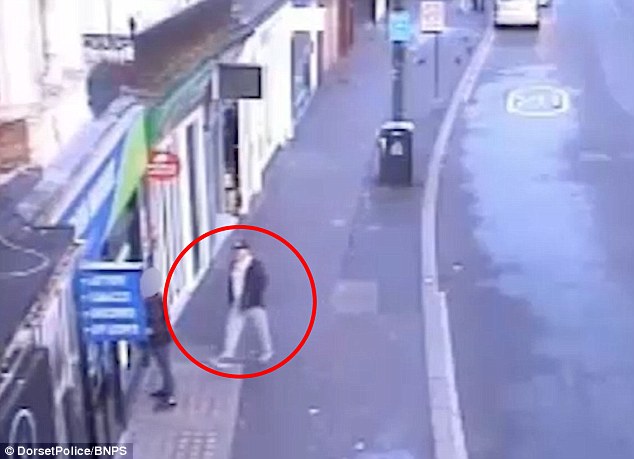 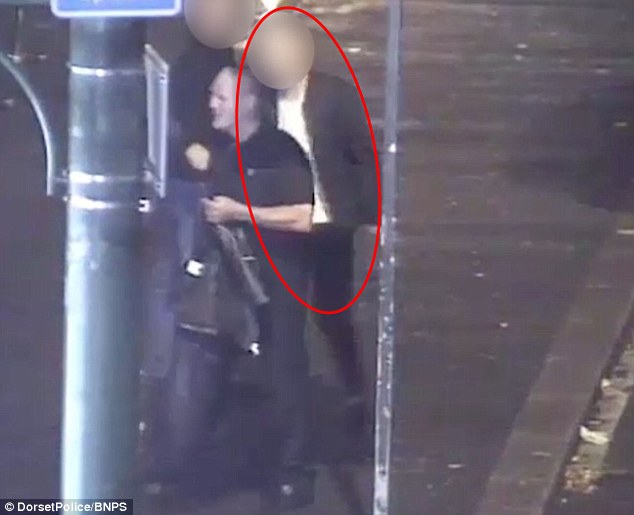 Boyle lived nearby and went home to pick up the knife. He was seen on CCTV waiting at a bus stop outside the club from around 5.45am

Mr Morrant said: ‘We look almost identical. When I first saw the CCTV of him I thought for a second it was me.

‘He also had ginger hair, was of a similar build and was wearing a black top and blue jeans, like me.

‘But I have no idea who he is so the guy doesn’t know someone wanted to murder him on that night. 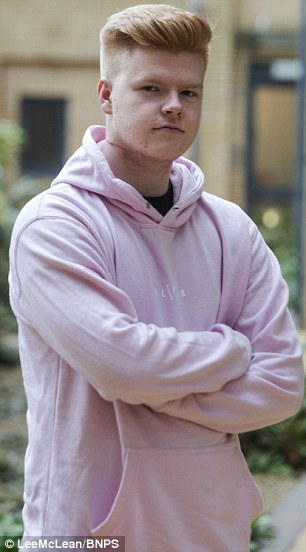 ‘So relieved’: Glen Morrant’s parents say he is glad he survived the horror attack

‘The paramedics said Boyle missed my jugular by millimetres and had the wound been any deeper they would not have been able to do anything for me.’

Boyle was arrested at his flat in Bournemouth the day after the attack.

Mr Morrant’s father Paul, 51, a car valet, said the past few months have been ‘horrendous’ but he is pleased justice has been served.

He said: ‘What we’ve been through has been an absolute nightmare.

‘There are no words to describe receiving the phone call about Glen’s attack.

‘I’m just so relieved he is still with us.’

Detective Constable Chris Griffin, of Bournemouth CID, said: ‘Boyle displayed a terrifying level of violence, slashing the throat of a young man who had simply been out celebrating his A level results.

‘This was a cold and cowardly attack on an innocent young man and could so easily have resulted in his tragic death.

‘The attack will have a long lasting impact on his victim and I hope the sentence imposed demonstrates that this shocking level of violence will not be tolerated.

‘Through extensive CCTV enquiries and other investigative work we were able to identify Boyle as the culprit and compile enough evidence to bring him to justice for this horrific offence.’