Ahead of the Boxing Day Premier League action, Sportsmail will be providing you with all you need to know about every fixture, with team news, provisional squads, betting odds and Opta stats. Here is all the information you need for Bournemouth’s clash with West Ham at 15:00pm on Tuesday at Dean Court.

In or out? Keep up-to-date with the latest team news and stats ahead of the Boxing Day action

Stanislas limped out of the 4-0 defeat to Manchester City with a sore hamstring and will not feature. 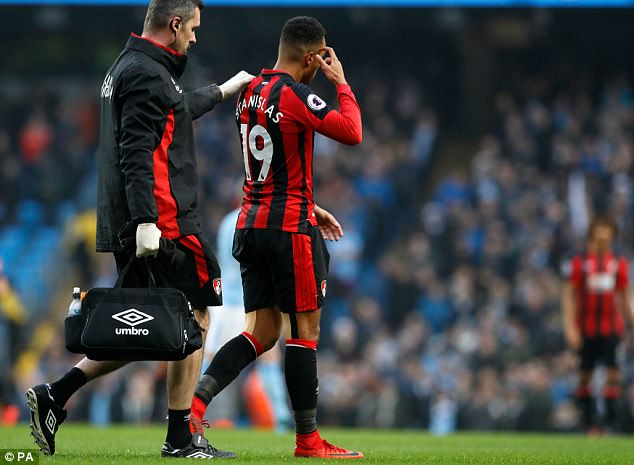 Manuel Lanzini is back in the West Ham squad for the trip to Bournemouth.

The Argentinian midfielder has completed a two-match ban after he was retrospectively charged for diving at Stoke last weekend.

Skipper Mark Noble could miss out again with a tight hamstring and defender Jose Fonte remains sidelined due to an ankle injury. 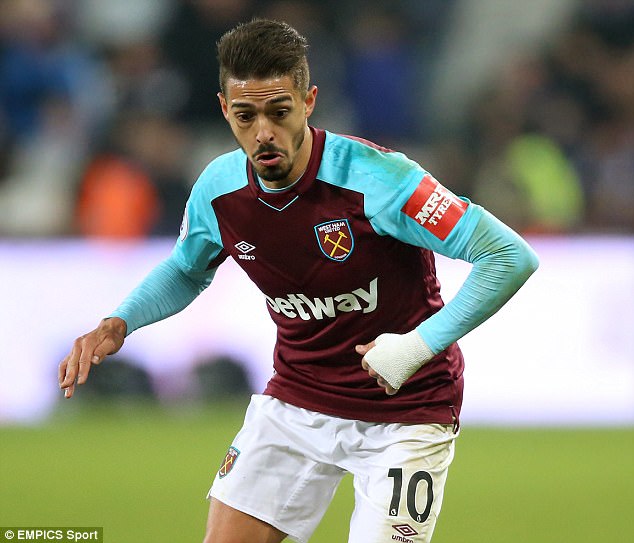 A Bournemouth player has scored a hat-trick in both of their Premier League victories against West Ham United (Callum Wilson in August 2015 and Josh King in March 2017).

The away side won both fixtures between these sides in the 2015-16 campaign, while the home side were victors in both matches last season.

The Cherries have failed to score in either of their Premier League Boxing Day games, drawing 0-0 against Crystal Palace in 2015, before losing 0-3 at Chelsea last season.

West Ham won their first away league game of the season in their last outing against Stoke (3-0) – they’ve not won consecutive Premier League games away from home since February.

Bournemouth were in 18th place on Christmas Day – Before this season, 11 of the 18 sides to have been in the relegation zone of the Premier League on Xmas Day since 2011-12 have gone on to be relegated at the end of the season (61%). 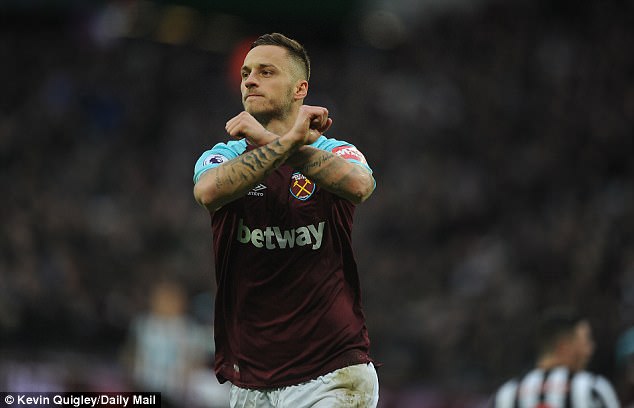 David Moyes oversaw West Ham’s 3-0 win away at Stoke on December 16th – he hasn’t orchestrated two successive away wins as a Premier League manager since April 2014 while in charge of Manchester United.

Marko Arnautovic has scored three goals in his last four Premier League appearances for West Ham United, the same tally that he’d netted in his previous 26 games in the competition.

Jermain Defoe has scored six Premier League goals on Boxing Day, more than any other current player. Only Robbie Fowler (9), Alan Shearer (8), Robbie Keane (8) and Thierry Henry (7) have scored more than him overall.

Michail Antonio scored in both fixtures against Bournemouth last season – to date the only Premier League side he’s scored home and away against in the same campaign.