‘He is healing’: Girlfriend of boxer Adonis Stevenson reveals he has regained consciousness from a medically-induced coma three WEEKS after suffering traumatic brain injury in KO loss

Stevenson’s girlfriend Simone God revealed that he was awake in a statement posted to Twitter on Saturday.

‘He is healing from his injury in the private company of his family and his dedicated medical team,’ God said.

‘Adonis is a world champion in the ring and is exhibiting that same grit, strength and determination in his recovery.’ 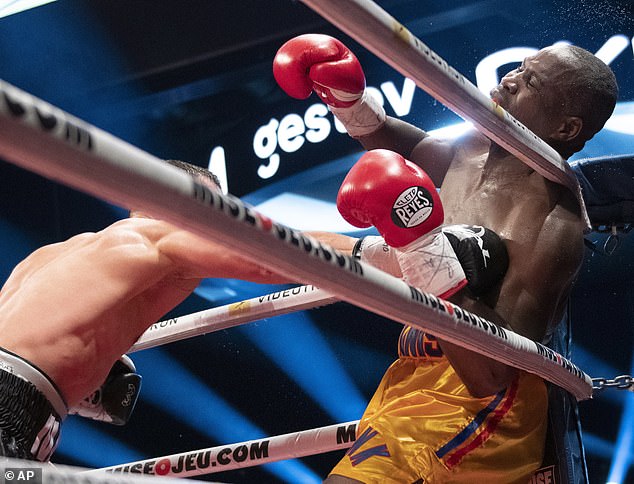 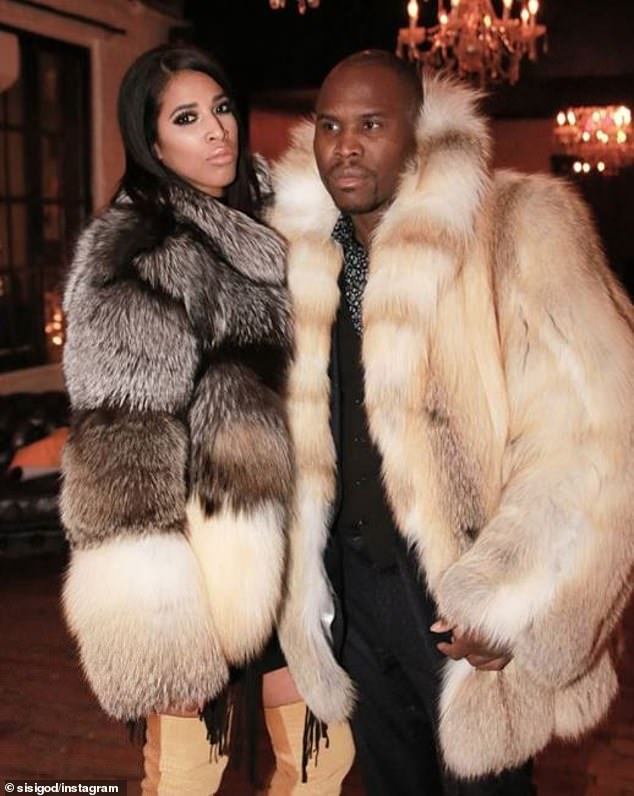 The boxer’s girlfriend Simone God (pictured together) announced that Stevenson was awake in a statement shared on Twitter Saturday. ‘Adonis is a world champion in the ring and is exhibiting that same grit, strength and determination in his recovery,’ she said

Stevenson was hospitalized following the fight against Gvozdyk at the Videotron Center in Quebec City after the 41-year-old’s condition rapidly deteriorated as he was helped into the dressing room.

He underwent emergency neurosurgery for a traumatic brain injury and was placed into a coma because his condition required ‘mechanical respiratory assistance, deep sedation and specialized neurological monitoring’, intensive care specialist Dr Alexis Turgeon said at the time.

Turgeon said the majority of patients suffer lasting effects from such injuries, but he said it was ‘too early to comment’ on Stevenson’s long-term prognosis.

‘I urge the media to be very cautious about distributing medical information that does not come from an official medical source,’ he said. 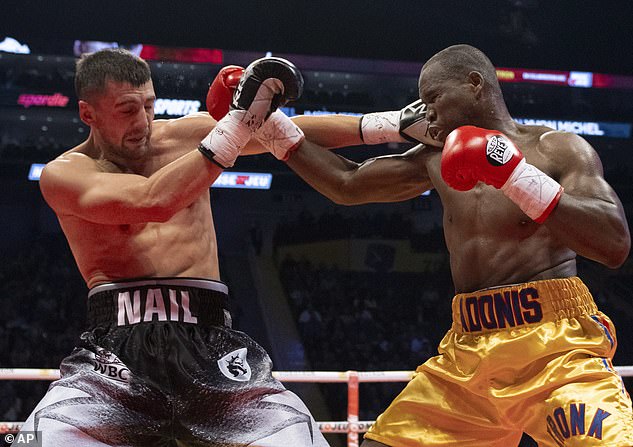 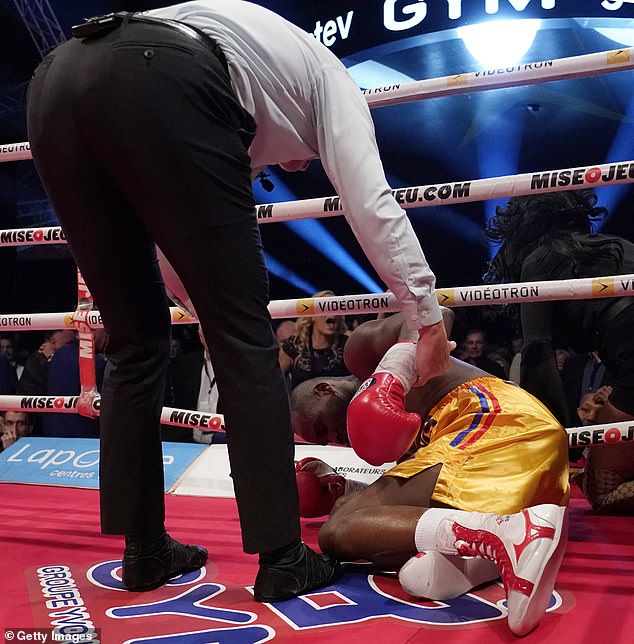 Stevenson’s condition rapidly deteriorated after he left the ring. He was taken to the hospital by ambulance

On the night of the knockout, Stevenson was making his 10th title defense since winning the belt against Chad Dawson in 2013.

It was his first loss since 2010 and the first in Canada.

Stevenson looked to be winning the December 1 fight over the first six rounds and was actually ahead on two of the judges’ card and tied on the third when he was stopped.

Stevenson was dropped in the third round after getting hit by Gvozdyk but referee Michael Griffin ruled that it was a slip and not a knockdown.

Uncharacteristically, Stevenson went to the body in the sixth, finishing strongly, but he began to lose ground over the ensuing rounds.

In the 10th round Gvozdyk gained more momentum before knocking out Stevenson along the ropes with a flurried combination in the 11th round.

A former Olympic bronze medalist, Gvozdyk, 31, was fighting in Canada for the first time and remains undefeated.

Many around the boxing world have shared their concern on social media, including Gvozdyk, who is just learning English.

‘Adonis you are a really strong man and keep strong. I wish you recover faster. I know you will pass through it,’ he said in a statement. 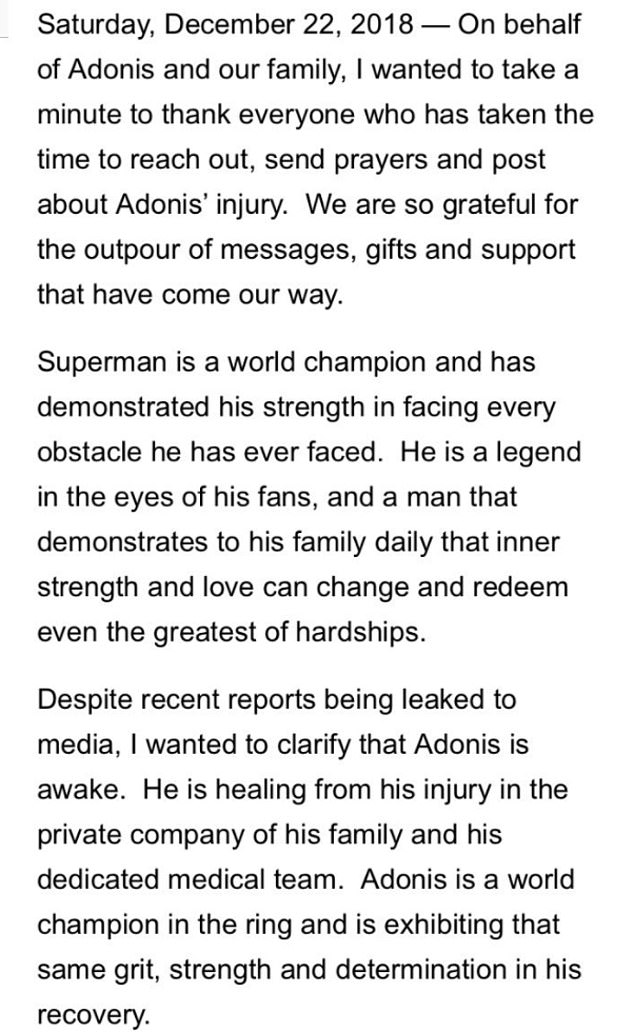 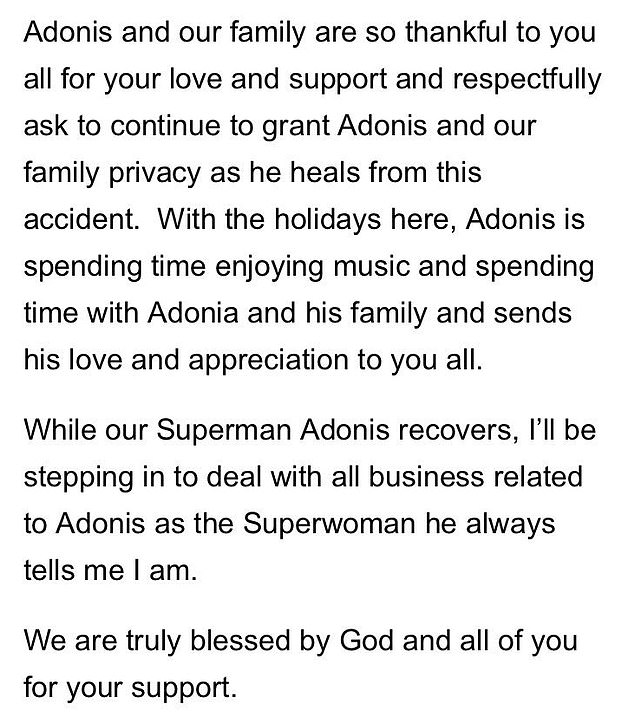