Boxer mum who beat girl, 11, claims she was defending her ‘bullied’ daughter

A woman boxer who was convicted of assaulting an 11-year-old has said she regrets her ‘moment of madness’ but clamed she is ‘not a thug’.

Jayde Binch, 28, avoided a jail sentence and walked free from court with just a £120 fine after attacking her daughter Kayshia’s schoolfriend Keisha Schofield.

The mother-of-three was accused of leaving Keisha with a bloodied face after an altercation which she claims happened as she defended her daughter from bullies.

But Jayde, from Sutton-in-Ashfield, Nottinghamshire, claims she only grabbed the clothes round her neck and screamed in her face, never punching or kicking her. 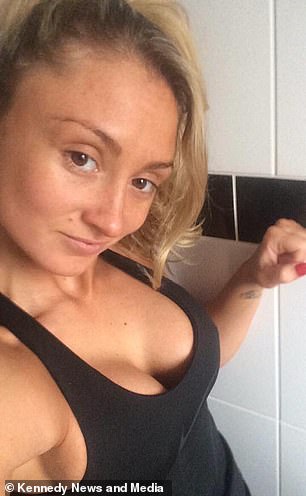 Kiesha Schofield (pictured left, with a bloodied face) was just 11 when she was assaulted by ‘the secret assassin’ Jade Binch (shown right) following a row with the boxer’s daughter 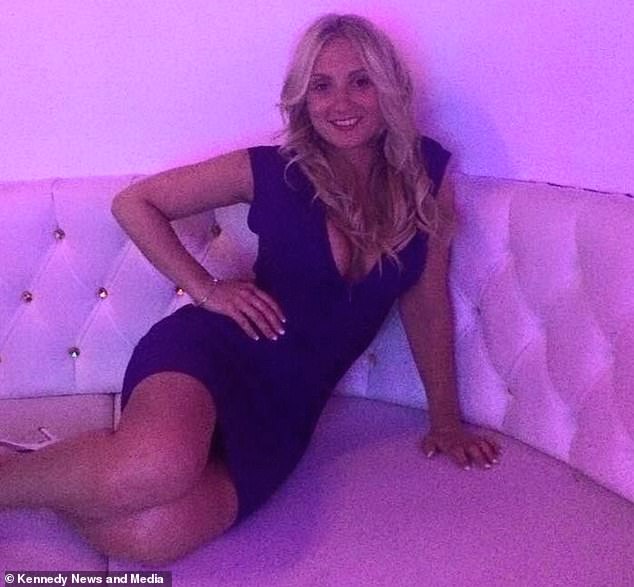 But Jayde (pictured), from Sutton-in-Ashfield, Nottinghamshire, claims she only grabbed the clothes round her neck and screamed in her face, never punching or kicking her 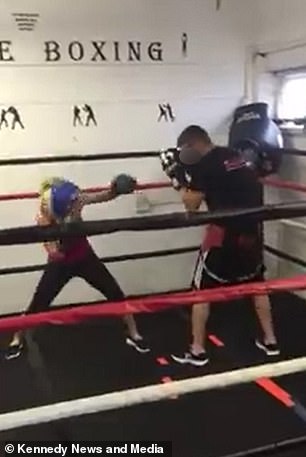 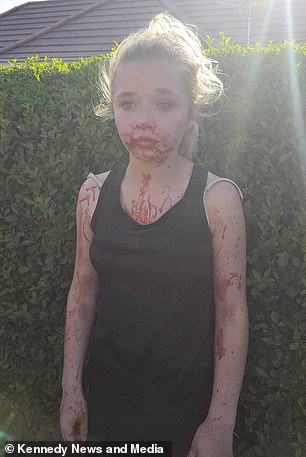 The mother-of-three (left, boxing) was accused of leaving Keisha with a bloodied face (right) after an altercation which she claims happened as she defended her daughter from bullies

The keen boxer, who has been dubbed the ‘Secret Assassin’ by her coach, says she has received hate mail due to the lies of Keisha’s mother Tiffany Schofield, 33.

Jayde told The Sun: ‘I’m not the thug people are making me out to be. There was a confrontation, I have to accept it.

‘I did not physically assault her but I lost my temper and regret it and now I have a criminal record.

‘I’m hard working, I’m a good mum and now because of the court case I’ve lost my job, my boxing prospects are wrecked.’

Jayde claims the incident, which led to her losing her job as a fitness instructor, occurred as she protected her daughter from bullies.

There is no suggestion that Keisha Schofield was among the bullies that Jayde confronted. 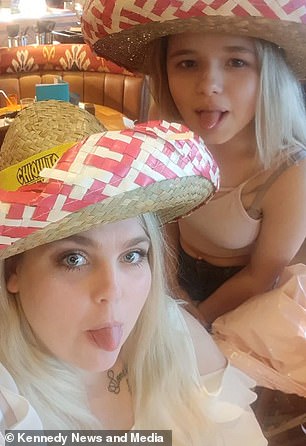 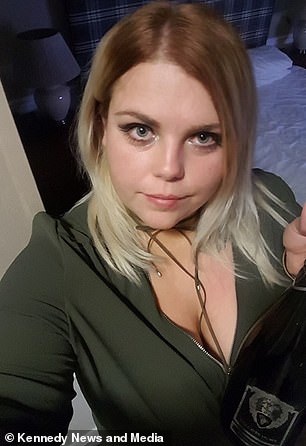 Mother Tiffany (pictured with her daughter, left, and right) said that she is ‘devastated’ that Binch has ‘got away with’ the attack 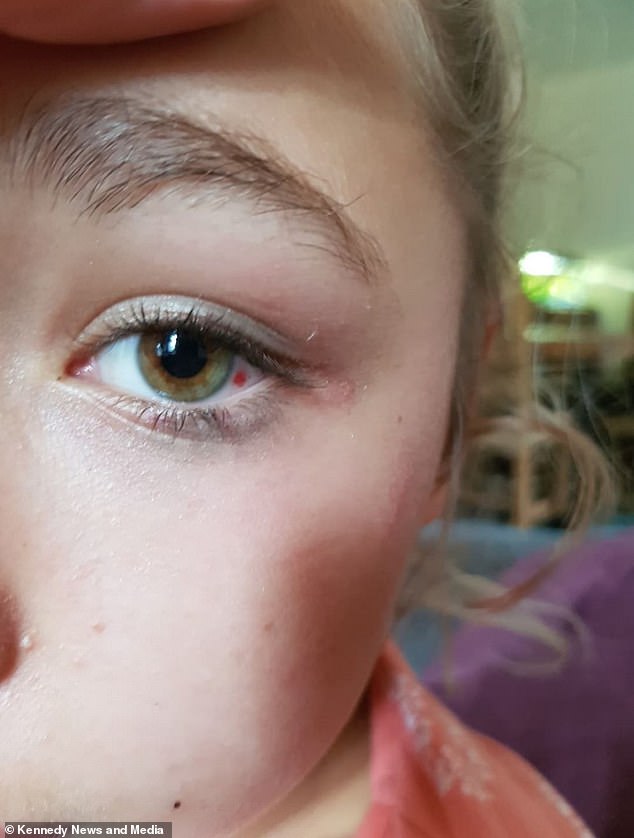 Crown Prosecution Service confirmed that the images showing Kiesha with a bloodied face, damaged nose and bruising (pictured) were used as evidence in the case

Tiffany, from Sutton-in-Ashfield, Nottinghamshire, said: ‘You can see the state Kiesha was in from the pictures.

What is the charge of ‘assault by beating’?

A person is guilty of common assault if they either inflict violence on another person – however slight this might be – or make that person think they are about to be attacked.

The offence covers both intentional and reckless acts.

If violence is used in a common assault, it is called a ‘battery’ and the perpetrator would be charged with ‘assault by beating’. This does not however, mean that the victim was actually ‘beaten up’ or even hit or kicked – it could be that they were pushed, grabbed or spat at.

The victim may not therefore have suffered any physical injury, and if any injury was caused, it would need to be quite minor to fall under common assault.

‘She had blood all over her face and was bruised on her head and body. Jade fractured Kiesha’s nose, she had a bruised and blood shot eye.

‘She had scratches over her body and bruises on her back and arms where she had been kicked.

‘I was livid. I wanted to do the same to her that she’d done to Kiesha but common sense kicked in.

‘I knew I needed to show Kiesha that you follow the right processes. I knew I couldn’t retaliate. I kept reassuring her: “she’ll definitely get prison time for this”.

‘When she was given the fine and no jail sentence, I couldn’t believe it. The judge who saw the CCTV footage gave her a fine; how is that justice for attacking a minor?’

Kiesha and Binch’s daughter had been playing in a group in March 2017 when they reportedly fell out.

Tiffany claims Binch then approached Kiesha after being alerted to the row by her daughter and assaulted her, leaving Kiesha with injuries that hospitalised her for the day.

Last September, Binch was convicted of assault by beating and handed a £120 fine plus court costs, a community order and ten days of rehabilitation activities. 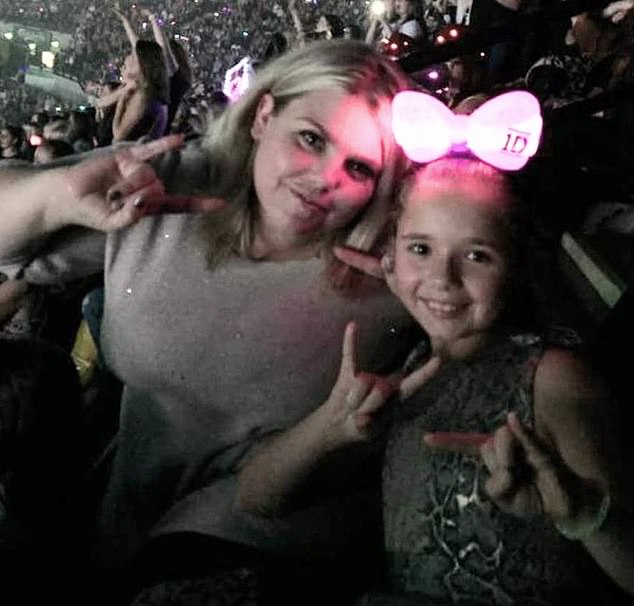 Tiffany (left) claims Binch then approached Kiesha after being alerted to the row by her daughter and assaulted her, leaving Kiesha with injuries that hospitalised her for the day 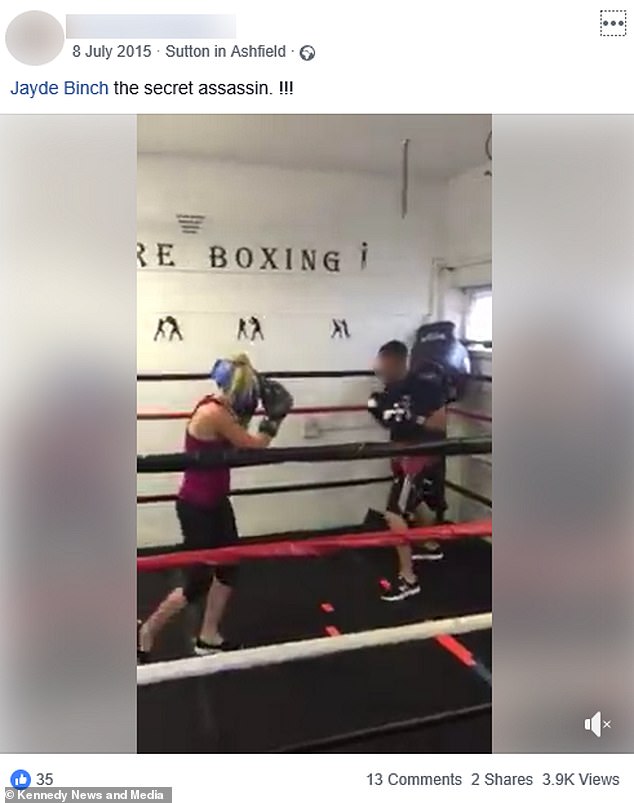 An online video appears to show Binch training in a boxing ring three years ago, with the man who shared it claiming to have been training her for four years