Boxing: Canelo Alvarez will move up to CRUISERWEIGHT to take on Ilunga Makabu

Pound-for-pound boxing king Canelo Alvarez has no plans to stop his journey to conquer the sport after revealing he is set to move up to cruiserweight to challenge for a world title in a fifth weight class.

The Mexican has only just become the undisputed super-middleweight king after knocking out Caleb Plant last week – the fourth division he has become a world champion in – but is clearly hungry for even more after setting up a fight against WBC holder Ilunga Makabu.

Canelo tops Ring Magazine’s pound for pound rankings, above Oleksandr Usyk and Terrence Crawford, and is on the path to becoming one of the greatest fighters of all time if can pull off this latest ambitious feat. 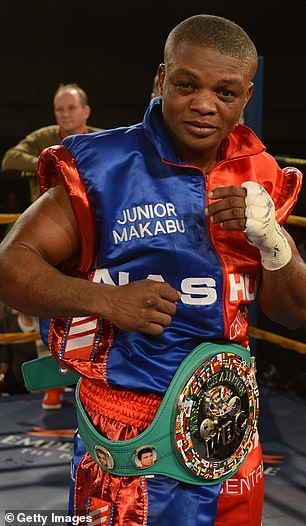 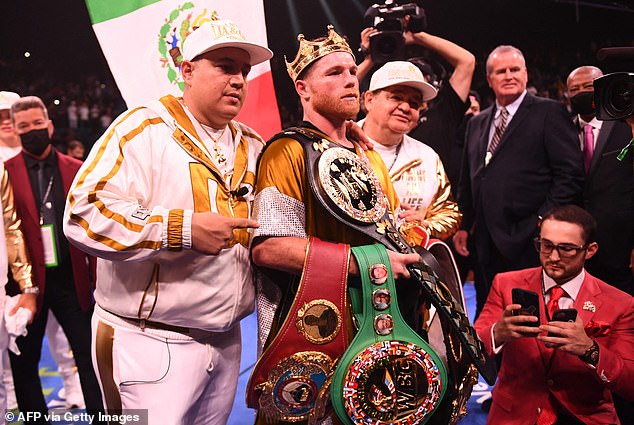 The WBC confirmed it has approved his stunning request, with president Mauricio Sulaiman admitting he was ‘surprised’ by Canelo’s bid for further honours.

‘The WBC has approved unanimously Canelo to fight for the WBC cruiserweight championship of the world,’ he said.

‘This is a surprise to me but I’m sure he will continue to make history.’

He has already won world title at super-welterweight, middleweight, super-middleweight and even light-heavyweight – the highest he has gone so far after knocking out the menacing Sergey Kovalev.

Now he will look to cause even more shocks – though Canelo’s achievements are becoming far less surprising – and boxing fans may remember his next opponent Makabu as the man who Tony Bellew stopped at Goodison Park to win his first world title at cruiserweight back in 2016. 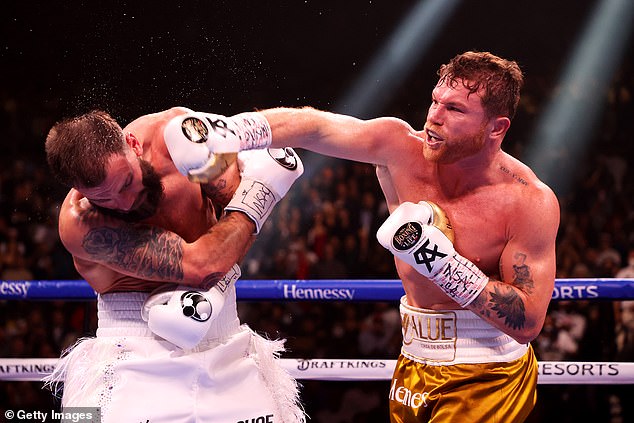 He’s since rebuilt his career, beating Dmitry Kudryashov and Alexei Papin in Russia before winning the same WBC belt he failed to win against the Liverpudlian after outpointing Michal Cieslak last year. He has made one defence – stopping Olanrewaju Durodola at the end of 2020.

Canelo’s trainer Eddy Reynoso is confident his man can spring another surprise and beat Makabu despite the notable step up in weight.

‘I know … what he has done with the heavyweights he spars with, and that is why we asked for the fight,’ he told ESPN. ‘We know that [Makabu] is strong, but Canelo can beat him.

‘It is one more challenge. Just as we took the challenges at 168 and 175 pounds, now we are going to cruiserweight.’ 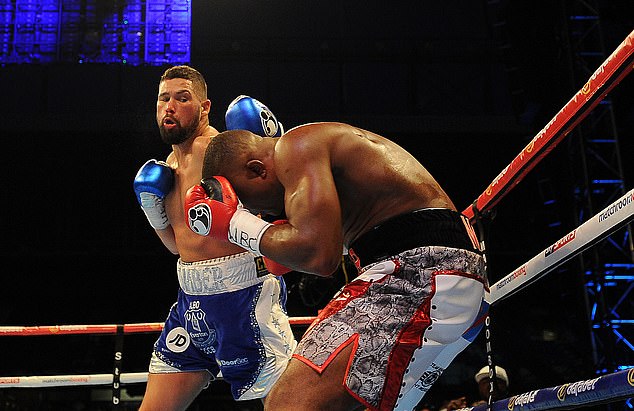 Reynoso said his team had offers to stage the fight in Ilunga’s country the Democratic Republic of Congo – the same location where Muhammad Ali and George Foreman’s ‘Rumble in the Jungle’ took place – but the current WBC champion insists he will fight him anywhere.

‘I’m very happy to fight Canelo… I’ll fight Canelo anywhere he wants… You are tough and the best, and you are meeting the best. It’s a big opportunity for me to fight the best boxer in the world.’