World title boxing champion Jeff Horn and his wife Jo have welcomed a baby girl into their lives.

The former Brisbane schoolteacher, who famously defeated Filipino legend Manny Pacquiao in July, is a first-time parent with his high-school sweetheart.

Their daughter Isabelle Kate Horn was born at 7.40pm on Saturday night, weighing 3.58kg or 7.15 pounds, the family announced. 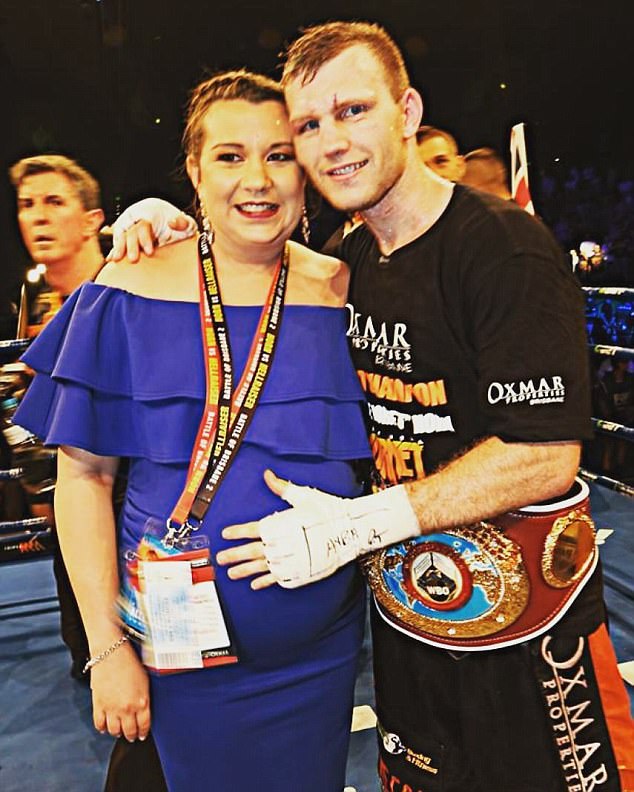 Jeff Horn and his wife Jo, who married in 2014, met at high school and are first-time parents

‘Both mum and Isabelle are doing well,’ the announcement cited by the Courier Mail said.

‘Winning a world title was a tremendous achievement but Isabelle’s arrival is the greatest gift of all and has officially confirmed 2017 as the best year of our lives.’

His upset win cemented his place as one of the world’s boxing greats, five years after he represented Australia at the London Olympics. 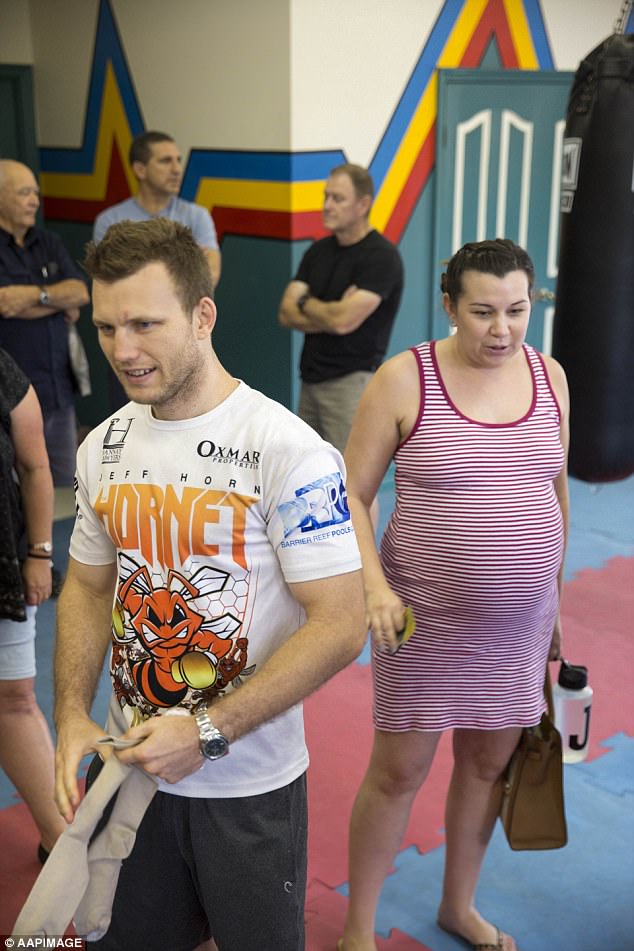 Horn, a former physical education teacher at  Pallara State School, in Brisbane’s south, met his future wife Jo when they were both students at Macgregor High School.

They became dating after they had both finished year 12 and married in 2014.

They attended the ESPY Awards in Las Vegas in July, during the middle of Jo’s pregnancy.

She has also been a fixture at her husband’s boxing training sessions.

Horn’s rise from amateur boxer to World Welterweight champion is set to make him and his wife millionaires, with experts tipping he could be offered $2 million to take on Anthony Mundine.